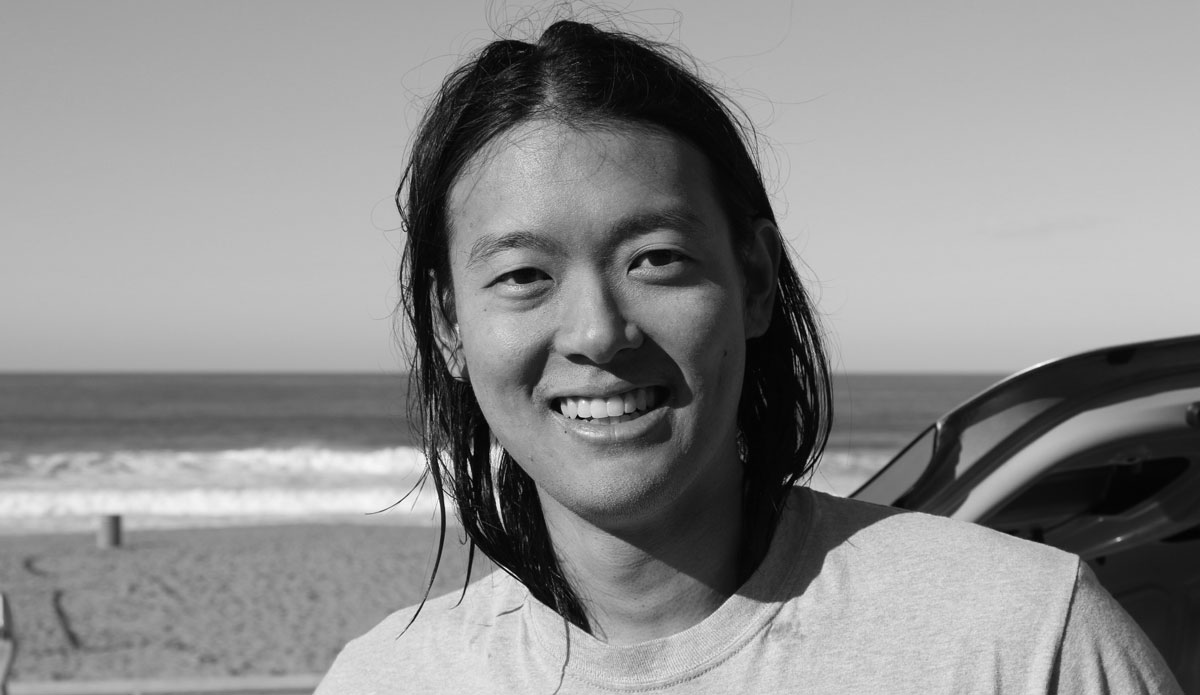 George Huang: 36; Entrepreneur; El Segundo, CA - “I guess you just have to come with the right attitude…Just have low expectations and you’ll have fun. If you come thinking it’s going to be all-time epic then maybe you’re not going to have a lot of fun.” Photo: Dunn 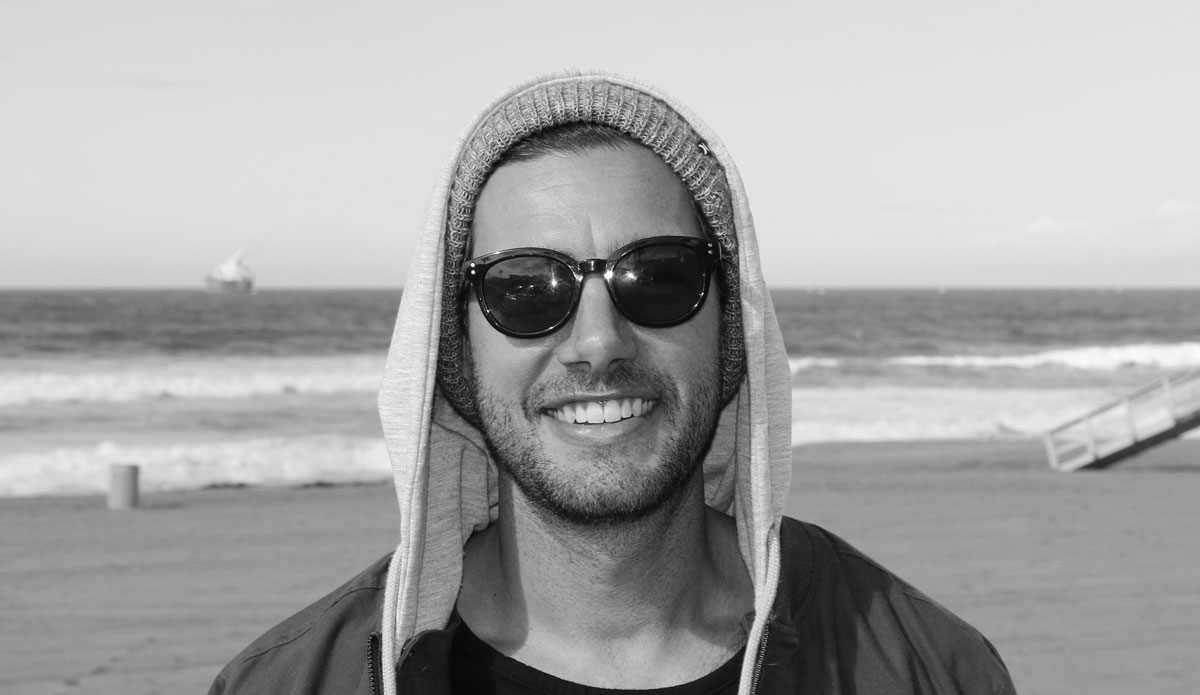 Ryan Versfelt: 29; Film & Video Production; Manhattan Beach, CA - “I would say it’s a hybrid spot where you get that LAX mix then also a local mix.” Photo: Dunn 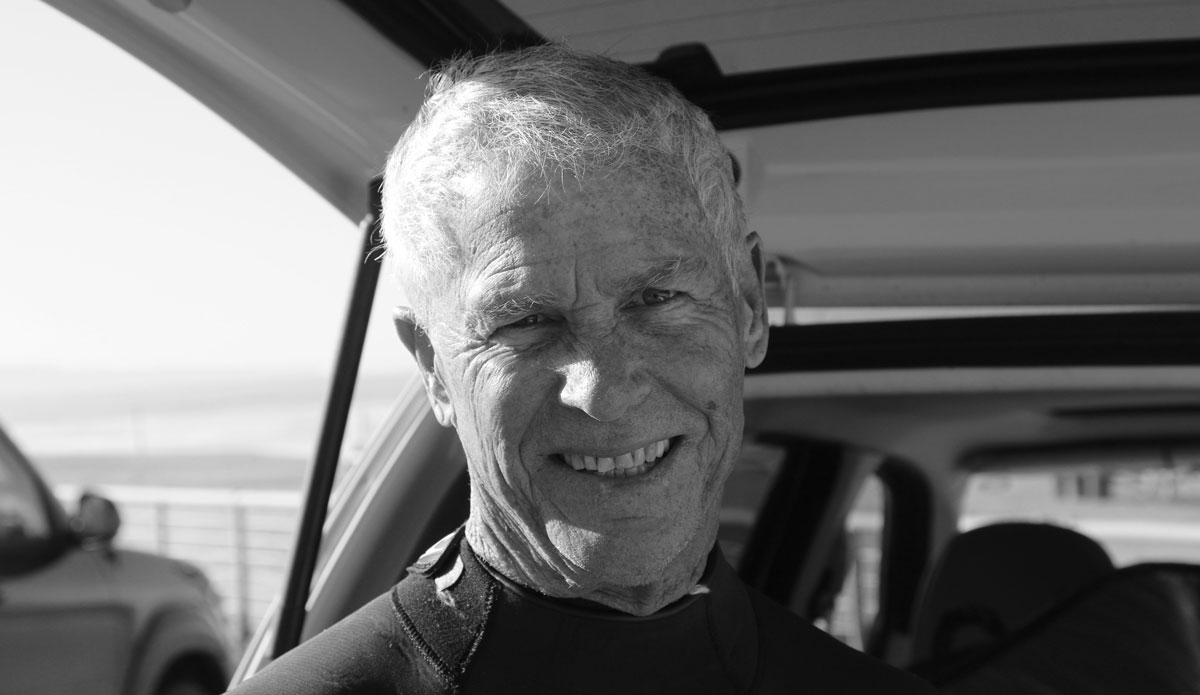 Francis Rose: 70; High School Administrator; Culver City, CA - "You have to rely on the sandbars to make the shape on the waves to make them rideable. So it's very variable. It's a challenge. There's a canyon in the bay out here that funnels the ocean energy right to this beach." Photo: Dunn 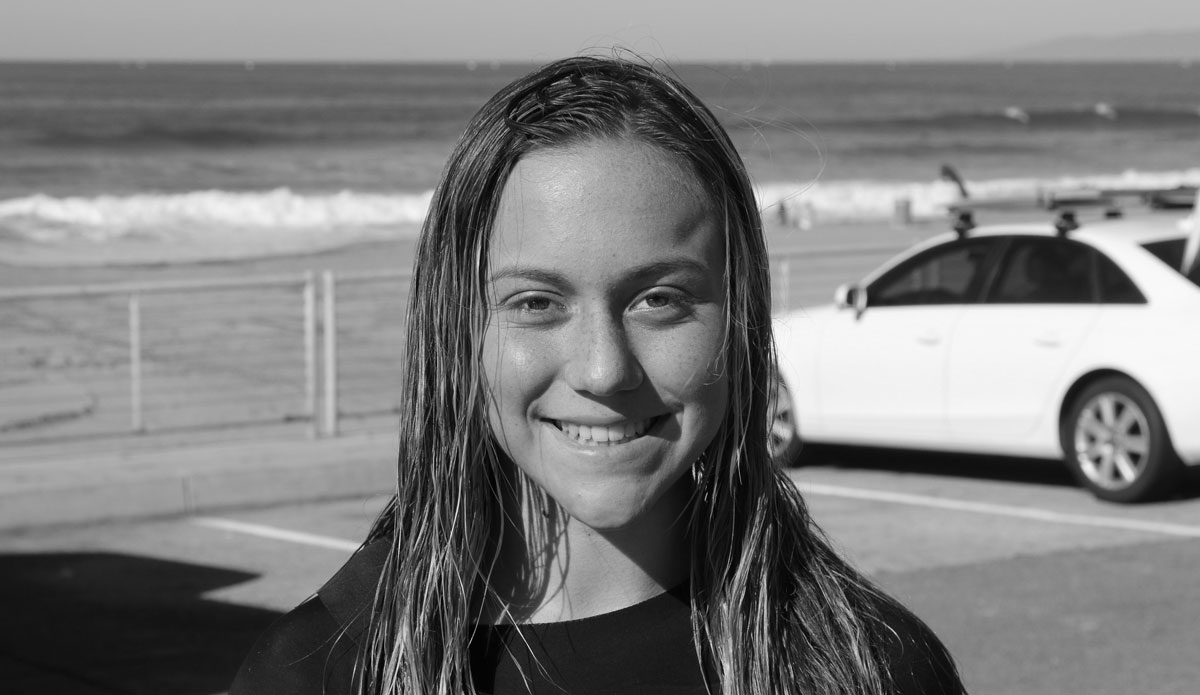 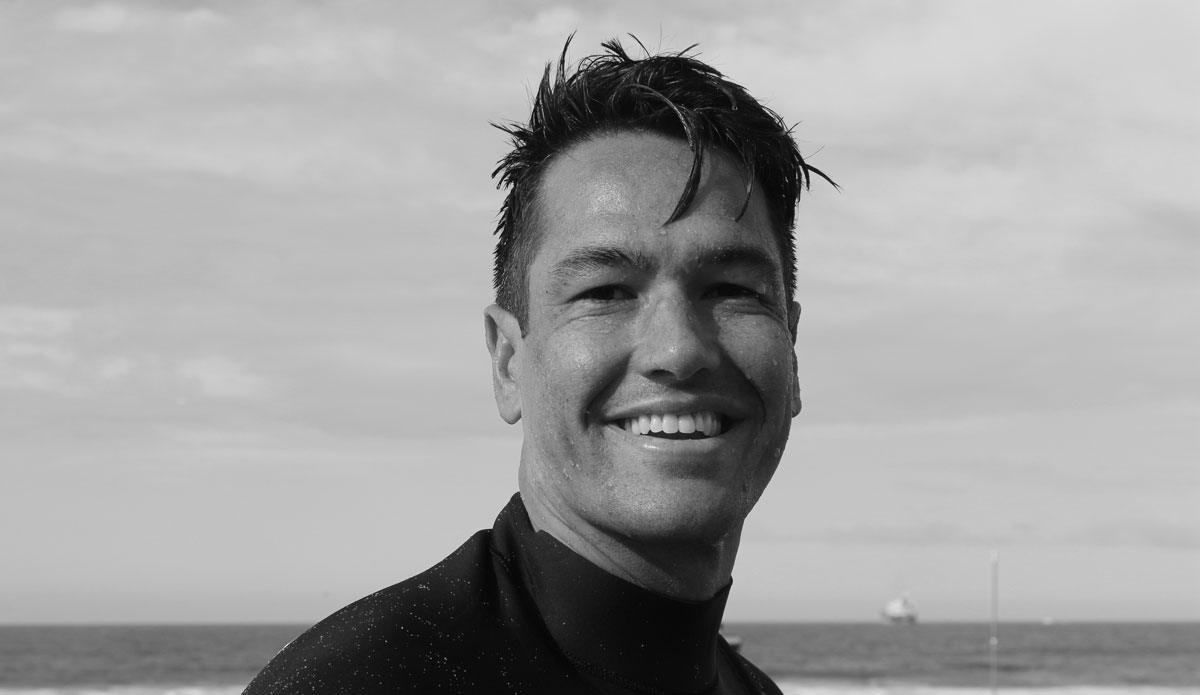 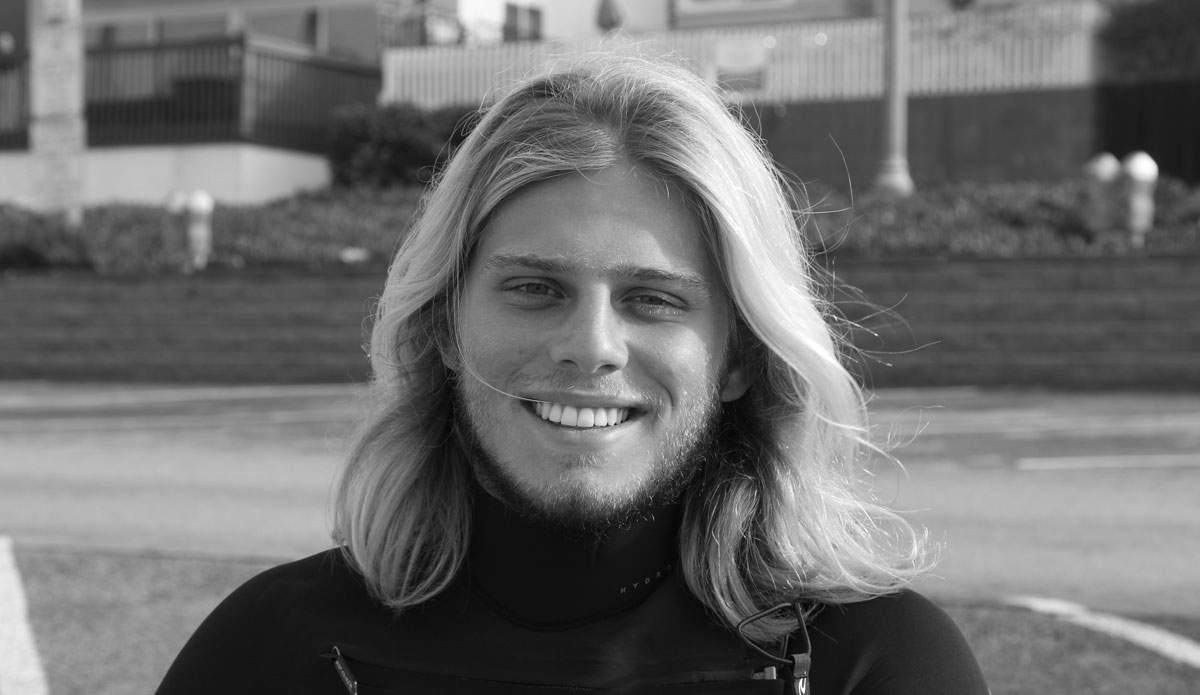 Fernando Bernardinello: 18; Student; Brazil - "This is my first surf here in California...The onshore is blowing out, but there are some fun sections out there." Photo: Dunn 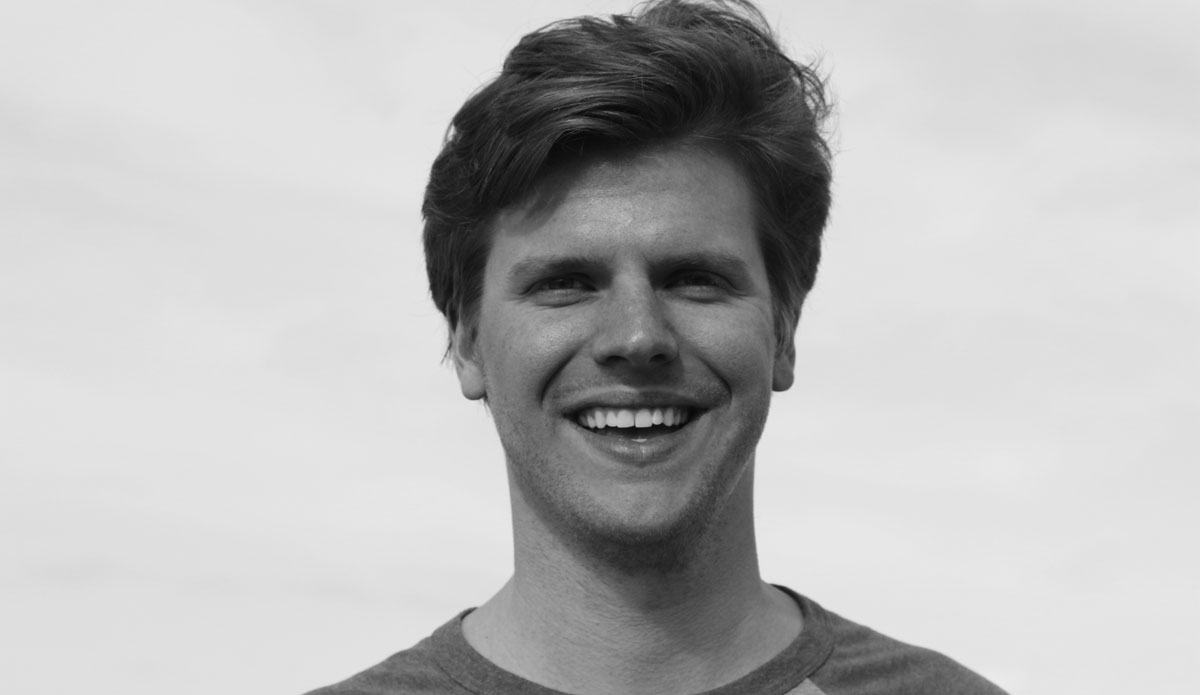 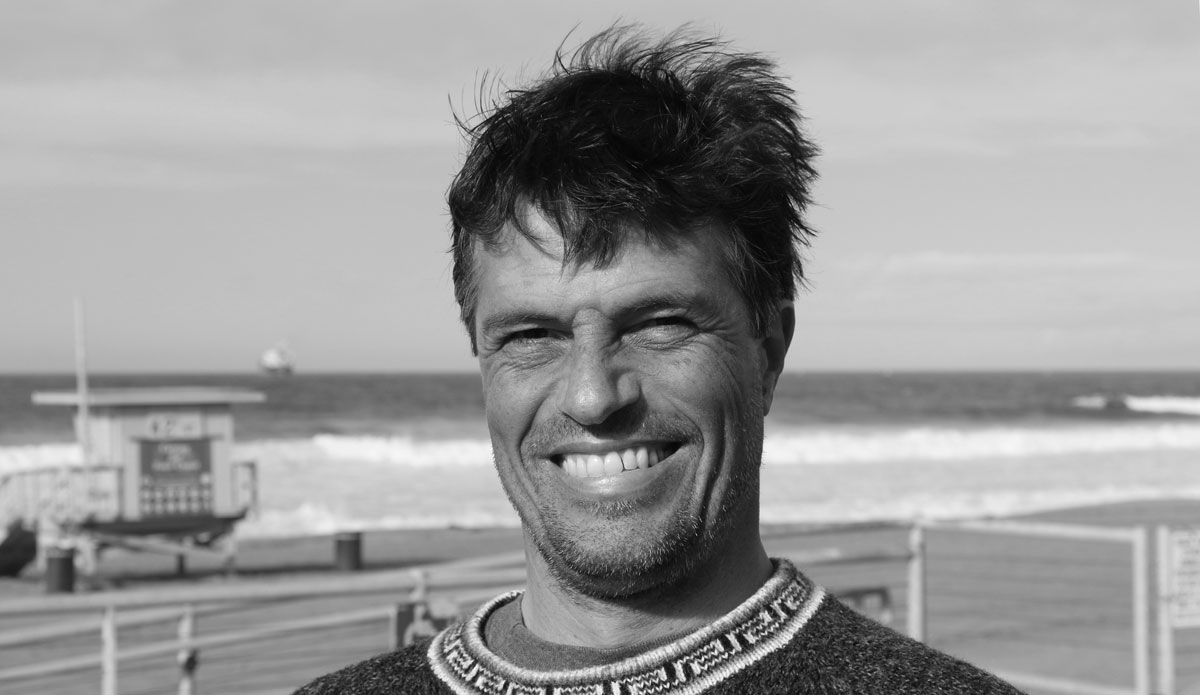 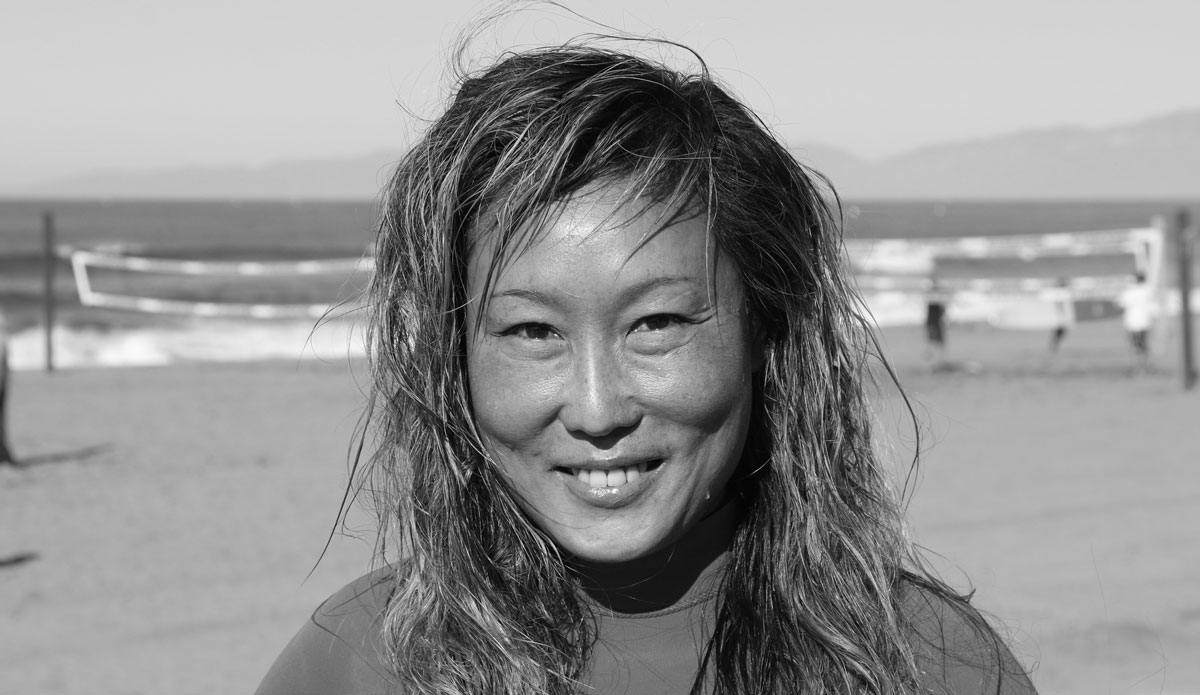 Celeste Kim: Musician; Palos Verdes, CA - "I come here pretty regularly and I know all of the people who surf here. So, it’s kind of like we’re all here at the same time. We’re out in the water and it just feels like family. It’s super fun. I love it.” Photo: Dunn 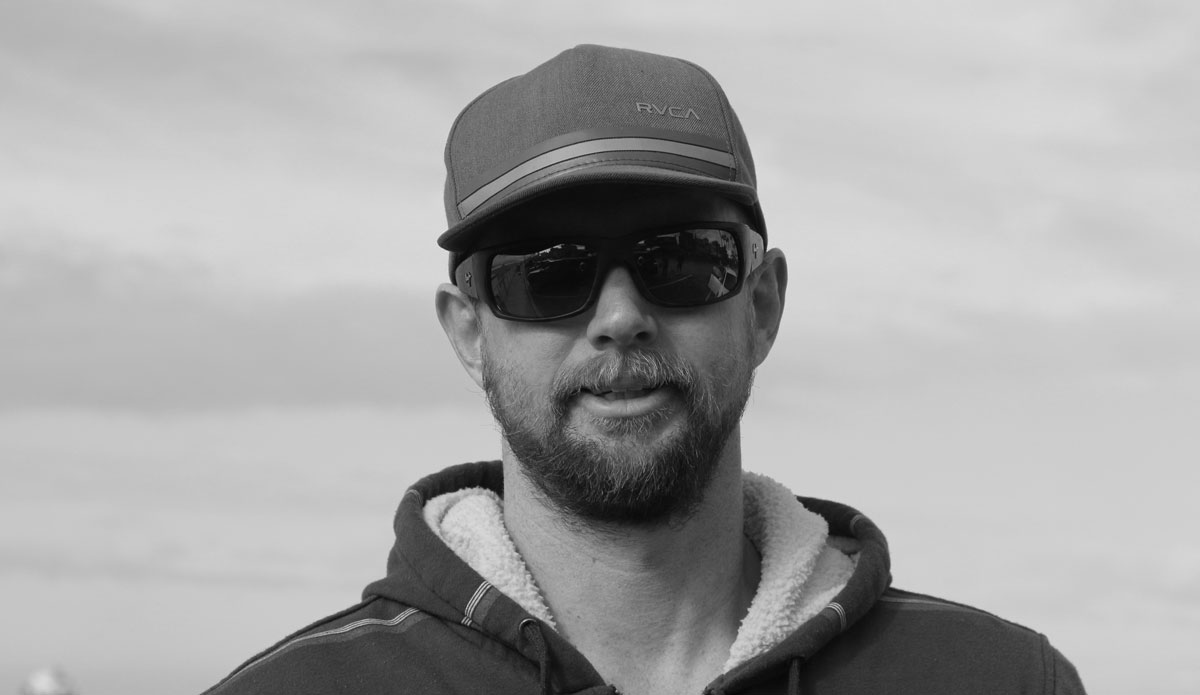 Jeremiah Littlepage: 36; Small Business Owner; El Segundo, CA - "It’s fun…usually crowded. You can usually find a spot to get away from the crowds, but don’t tell anybody that. I guess I should be saying it’s the worst spot and don’t come here and surf. Go north or south.” Photo: Dunn 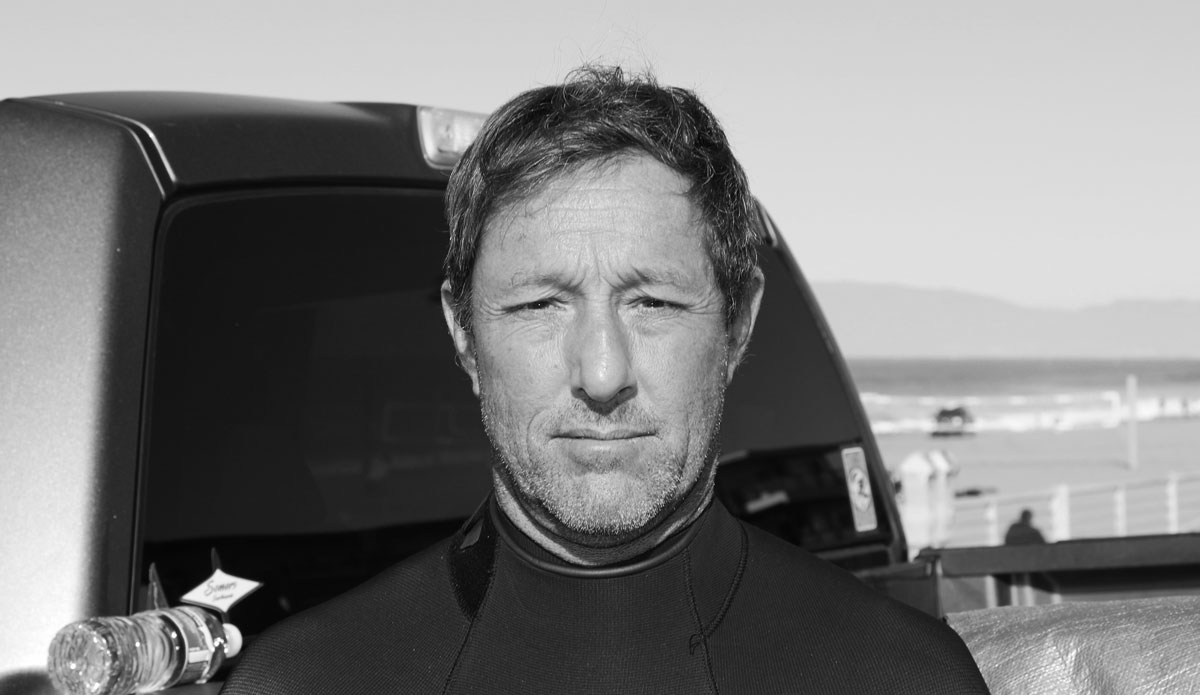 Frank Mazzotta: 51; Set Dresser; Hermosa Beach, CA - "It’s a swell magnet. It’s always crowded, but it just depends on your attitude right? So, what’s good about El Porto is it catches everything. I don’t know why, but anytime we have waves in the South Bay, El Porto’s always got waves. So, I guess it’s like the mecca of the South Bay.” Photo: Dunn 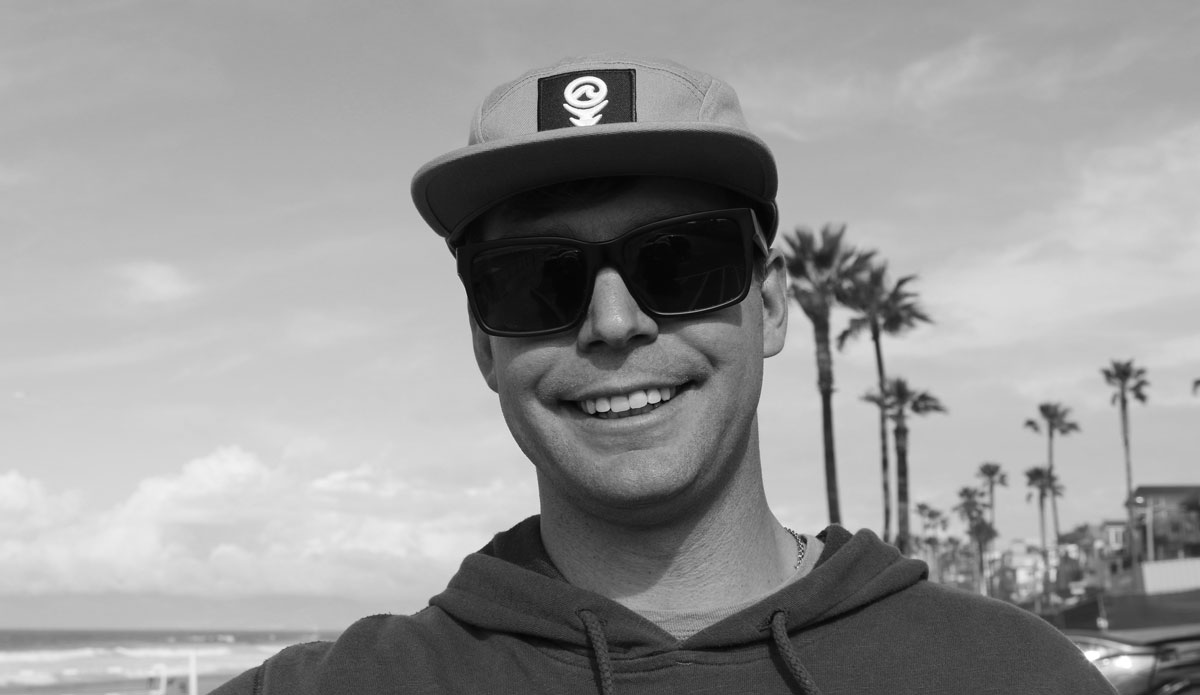 Nick Tchirkow: 29; Executive Assistant, entertainment industry; Hermosa Beach, CA - “I think El Porto’s definitely changed a lot in the last 5/10 years. It’s more of a stopping point for surfers all around, where it used to be a little bit more of a nook and cranny kind of town…It has its ups and downs, but if you’re willing to pay five dollars to park and surf for a couple hours then it’s a good spot.” Photo: Dunn 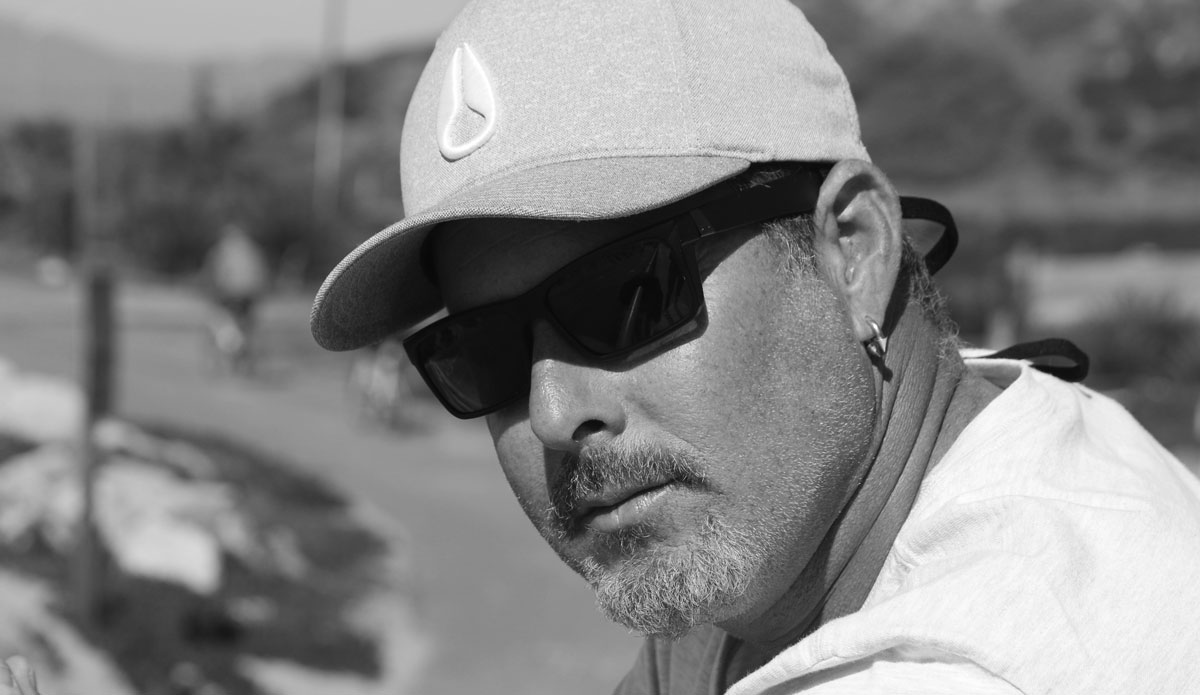 Jonathan Michael: 48; Project Manager; New York (originally) - “With the sewage plant just up the road and with the oil tankers emptying and refilling right off shore, there’s always some kind of junk on the beach, which bums me out because I love the beach. Then my second thought of El Porto is it’s a difficult wave to surf because depending on the size of the wave, it’s really a pain in the butt to get out into the line-up because it’s a beach break and it’s really crowded. Most of the crowd is dangerous because they’re going to end up hitting you with their surfboards (which has happened to me a few times).” Photo: Dunn 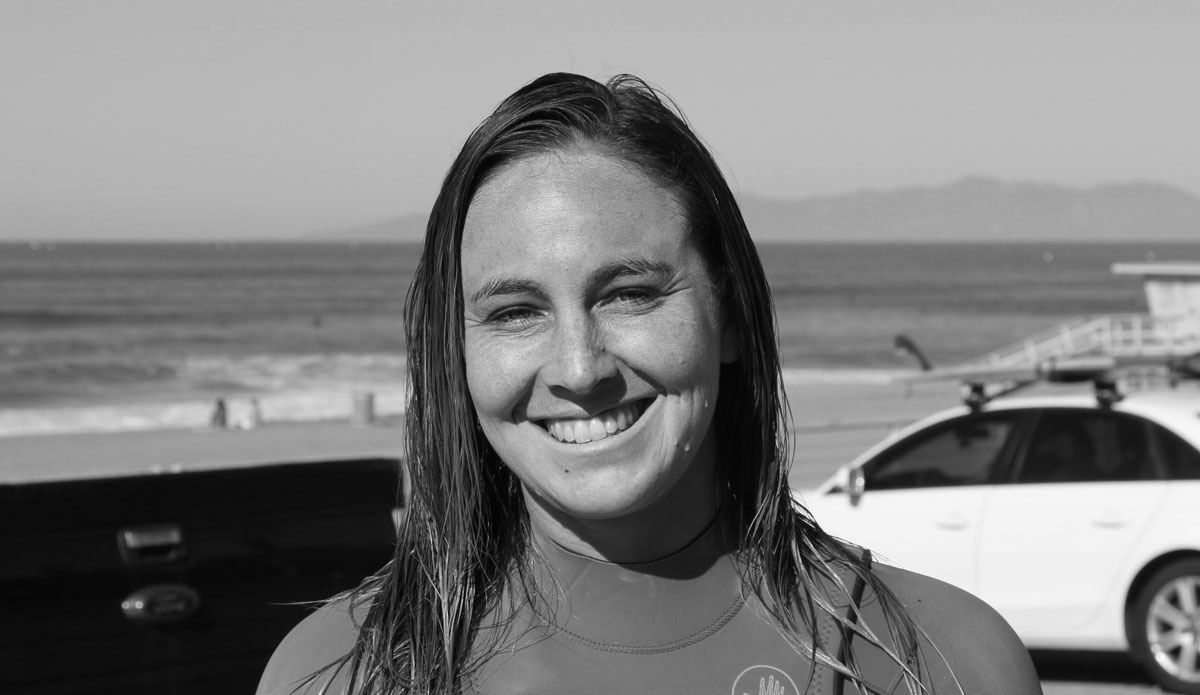 Sarah Foley: 26; Private Surf Instructor/Surf Sales; Manhattan Beach, CA - "It’s too crowded. A lot of people who aren’t really sure what they are doing will come here and just snake you and not have the best etiquette, which can be discouraging. But you kind of learn to navigate it and position yourself in the best place.” Photo: Dunn 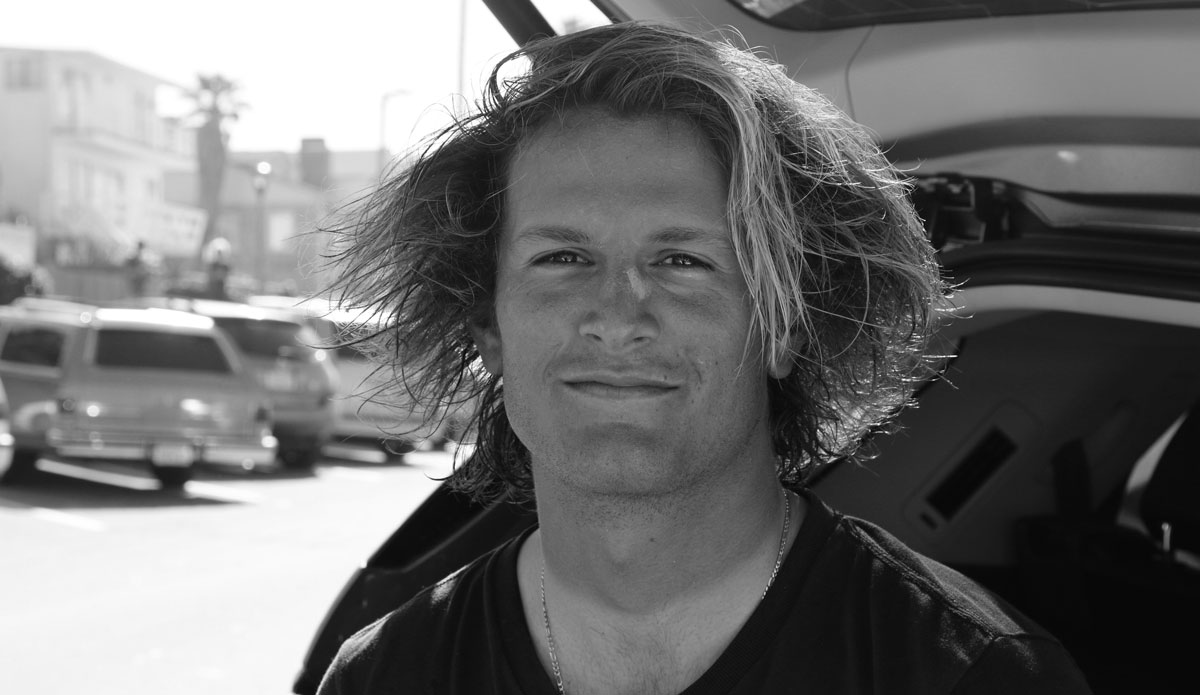 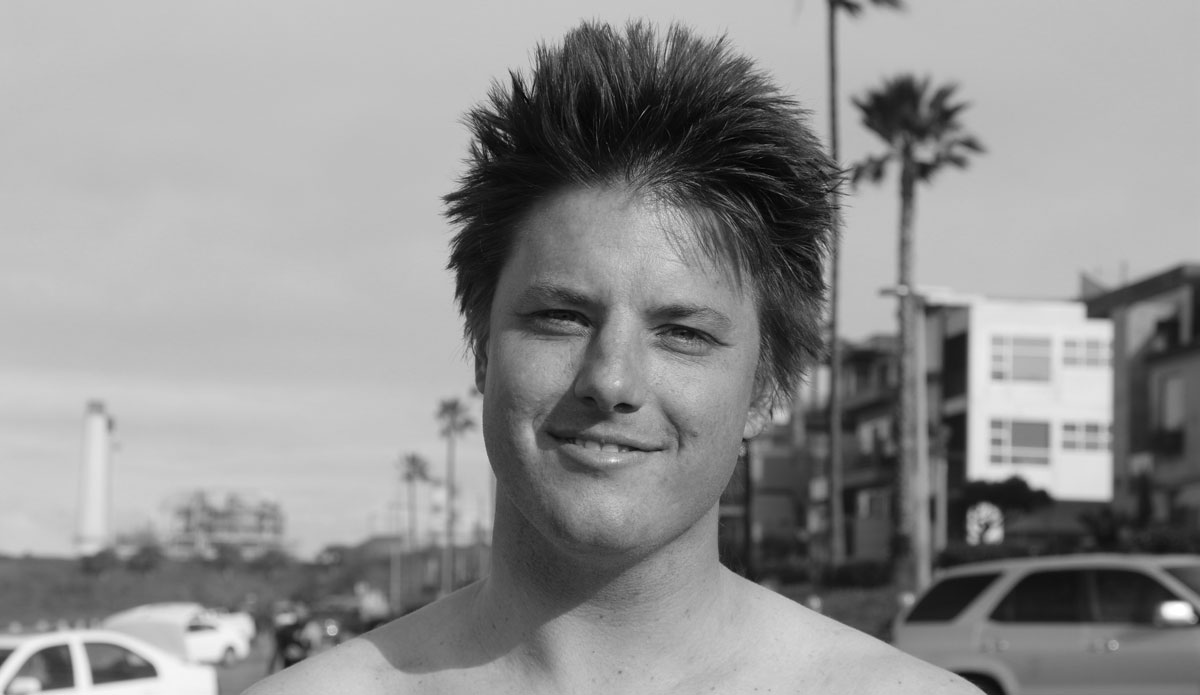 Franz Hiebert: 33; Car Enthusiast; Redondo Beach, CA - "The waves are big, they get good shape and they're nice long rides when the surf is really good." Photo: Dunn 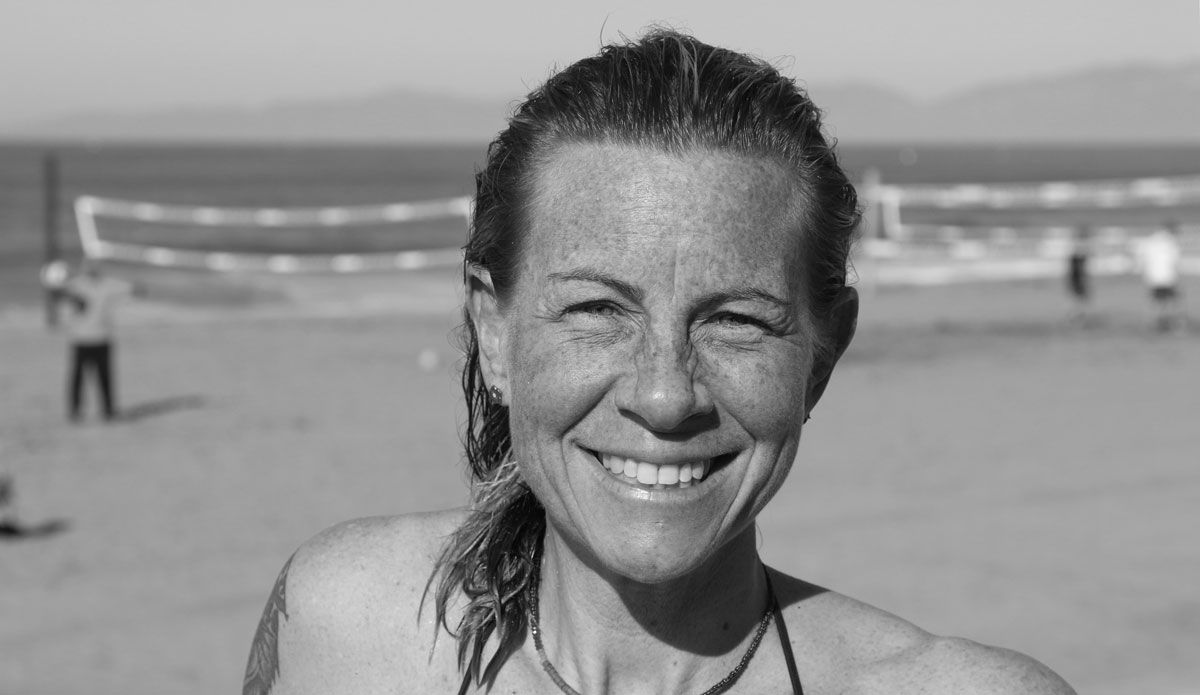 Stephanie Pasakarnis: 42; Freelance Artist; Marina Del Rey, CA - "I feel like over the past few years I’ve been meeting more women to surf with. Lately, I feel like there’s more and more women doing it and that kind of makes it really nice for me. They are really positive women here. It’s nice to have that energy.” Photo: Dunn 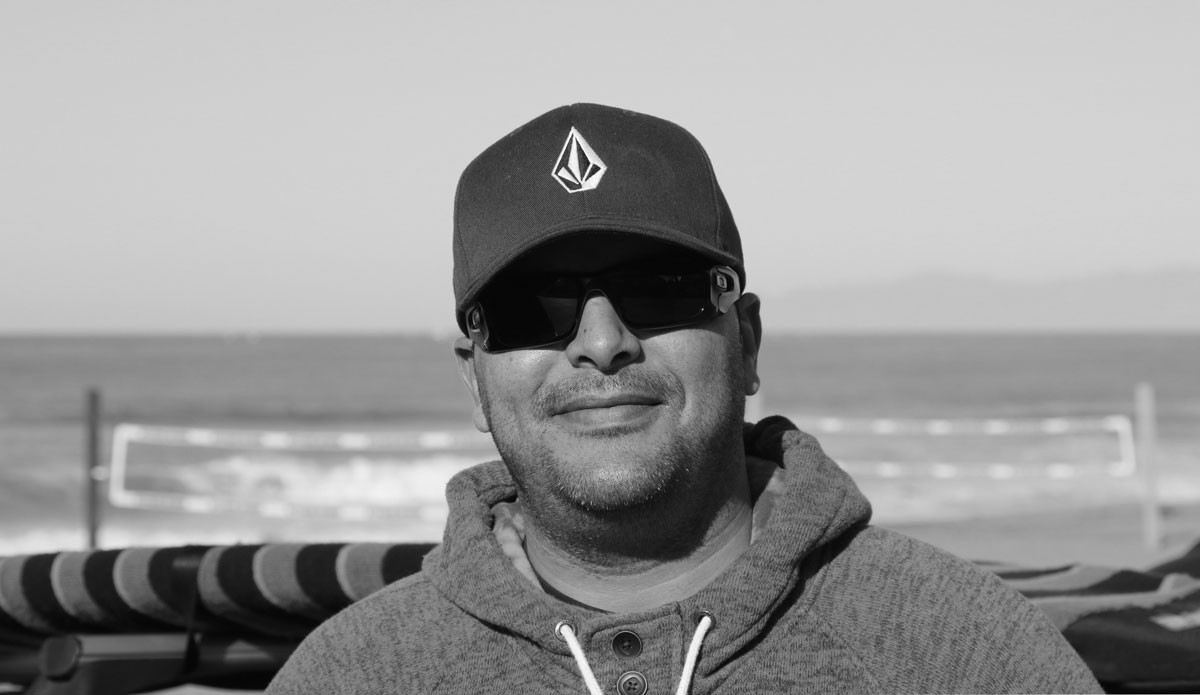 Yassine Hmina: 36; Project Engineer; Agadir, Morocco (originally) - “I came straight here and this has been my local spot ever since. Back home we have a lot of choices and it’s point breaks. Here it’s beach breaks…but I’ve always liked it because it’s not predictable. The people here are very nice. I met my best friends here.” Photo: Dunn 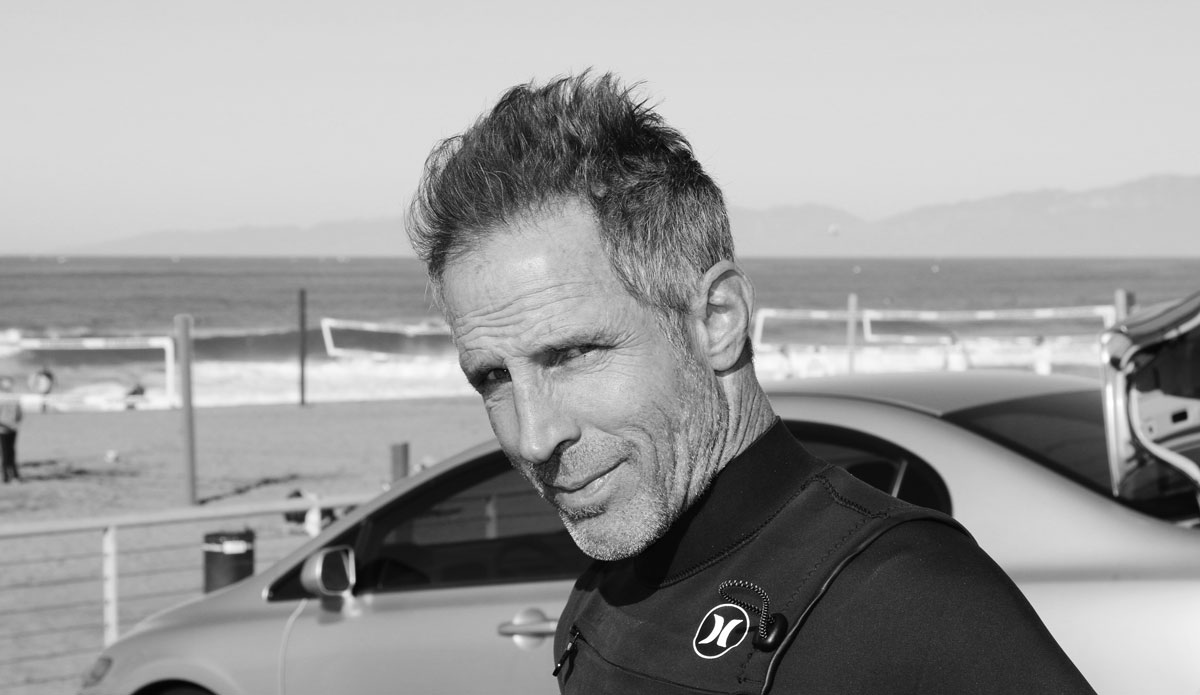 Andrew Halstead: 52; Set Dresser; Santa Monica, CA - “I think El Porto is a good surfing spot in the winter because it’s a west-facing beach and therefore it picks up swells a lot better than a lot of surrounding areas.” Photo: Dunn 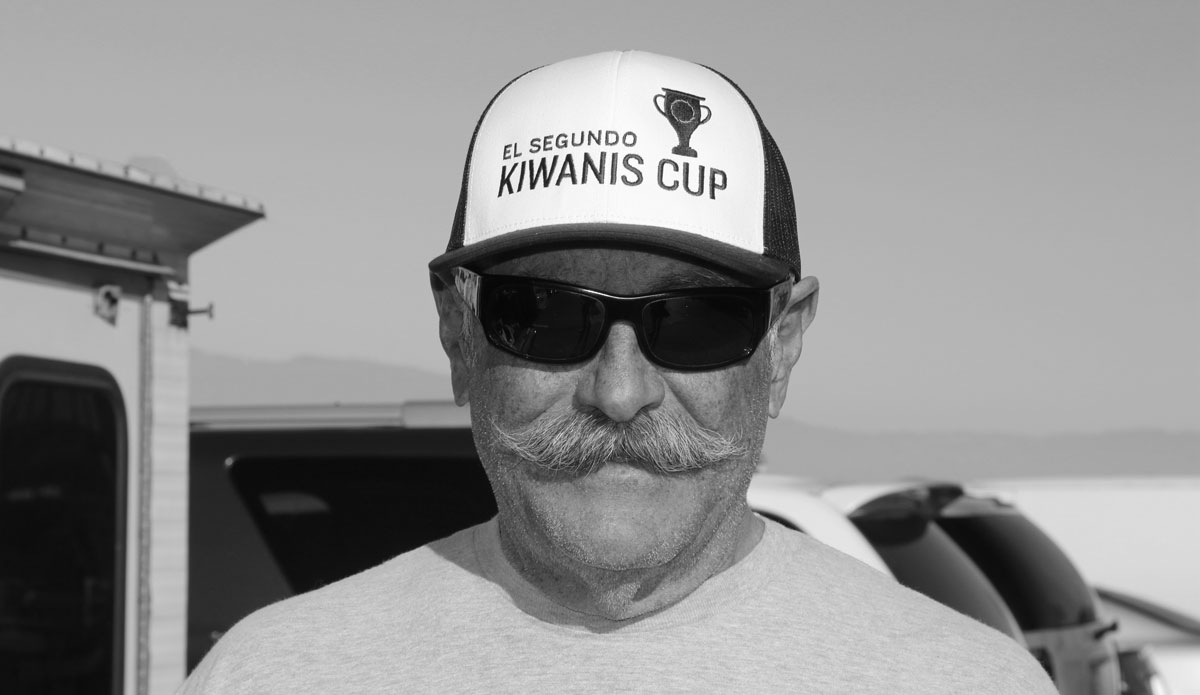 Rolf Sorenson: 70; Retired; El Segundo, CA - "Too crowded. It’s convenient because of the parking and the waves are usually pretty good.” Photo: Dunn 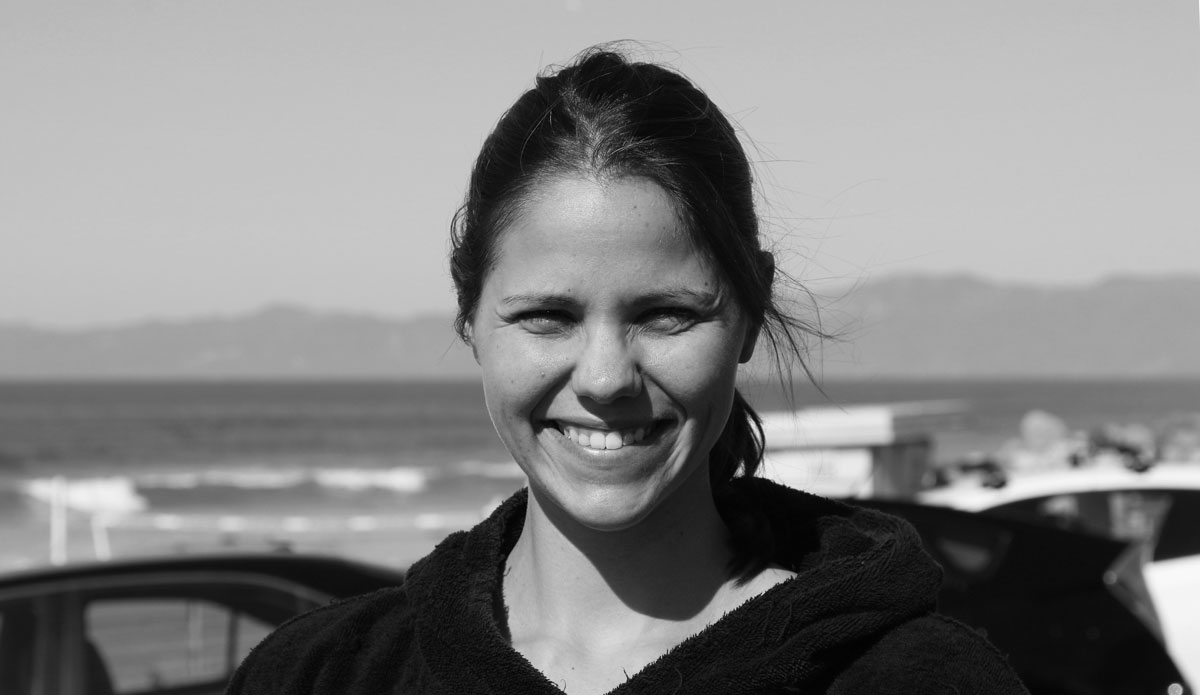 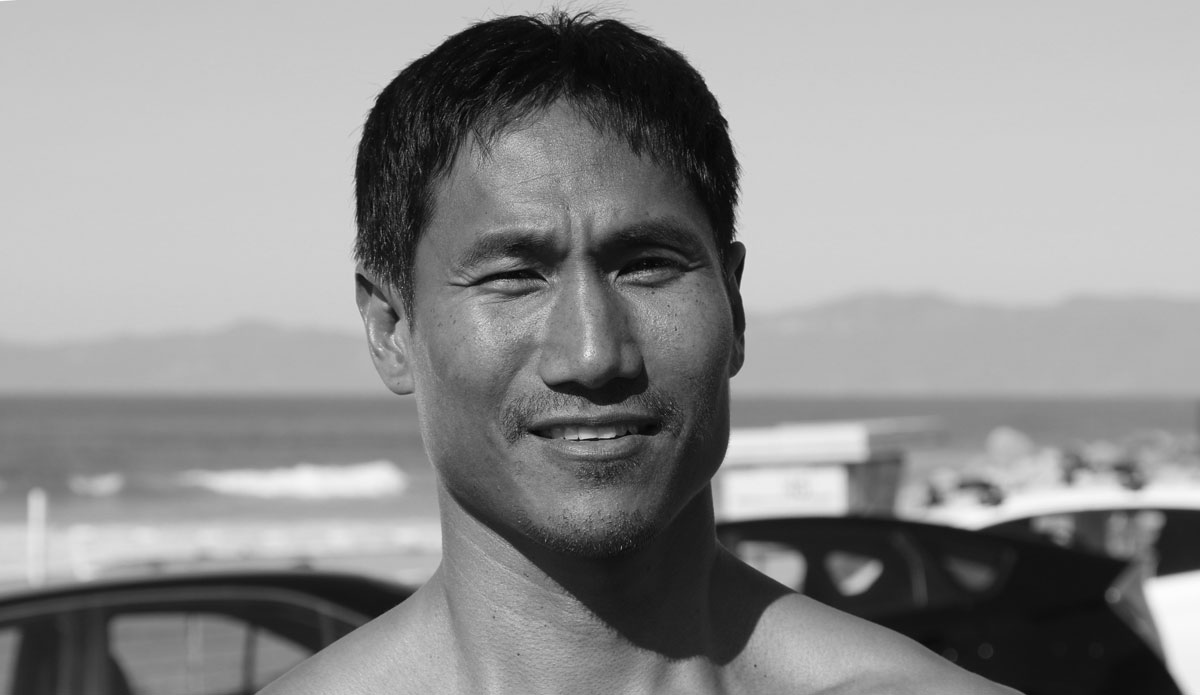 Matthew Ramelb: 38; LAX Ramp Agent; Lahaina, HI (originally) - “I think that it’s the best wave in the South Bay, but at the same time it can get really crowded and really aggressive. There is decent shape here, but I still think that it doesn’t compare to the beach breaks in Huntington Beach or around those areas. But for this area it’s pretty good.” Photo: Dunn 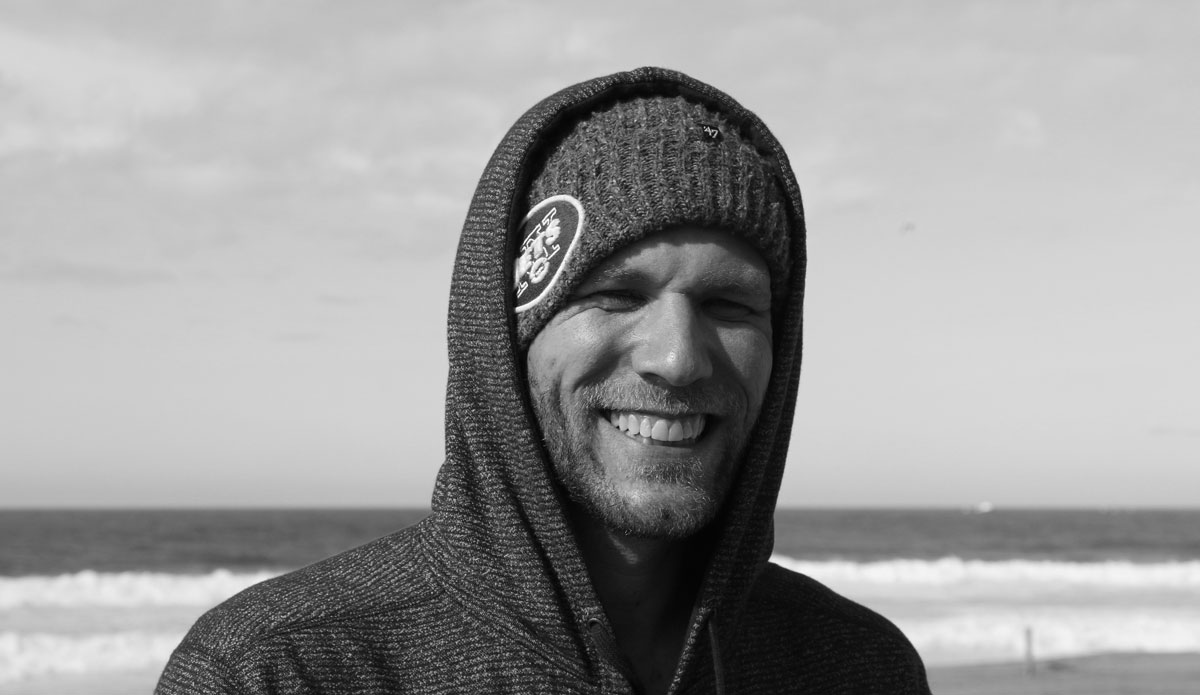 Steve Sherwood: 33; CEO of Sherwood Pool Consulting; Bergen County, NJ - “I like it a lot because there’s surf every day…It’s a big change from New Jersey where you’re kind of just like, okay should I go out? Should I not go out? That kind of sucks.” Photo: Dunn 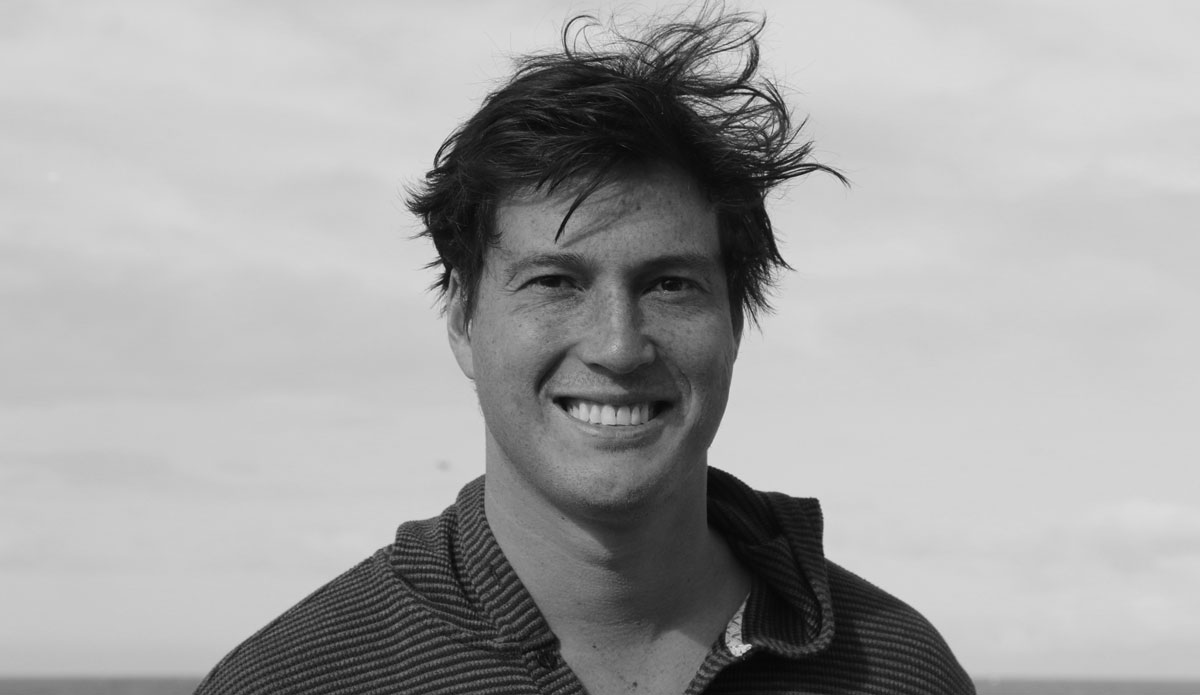 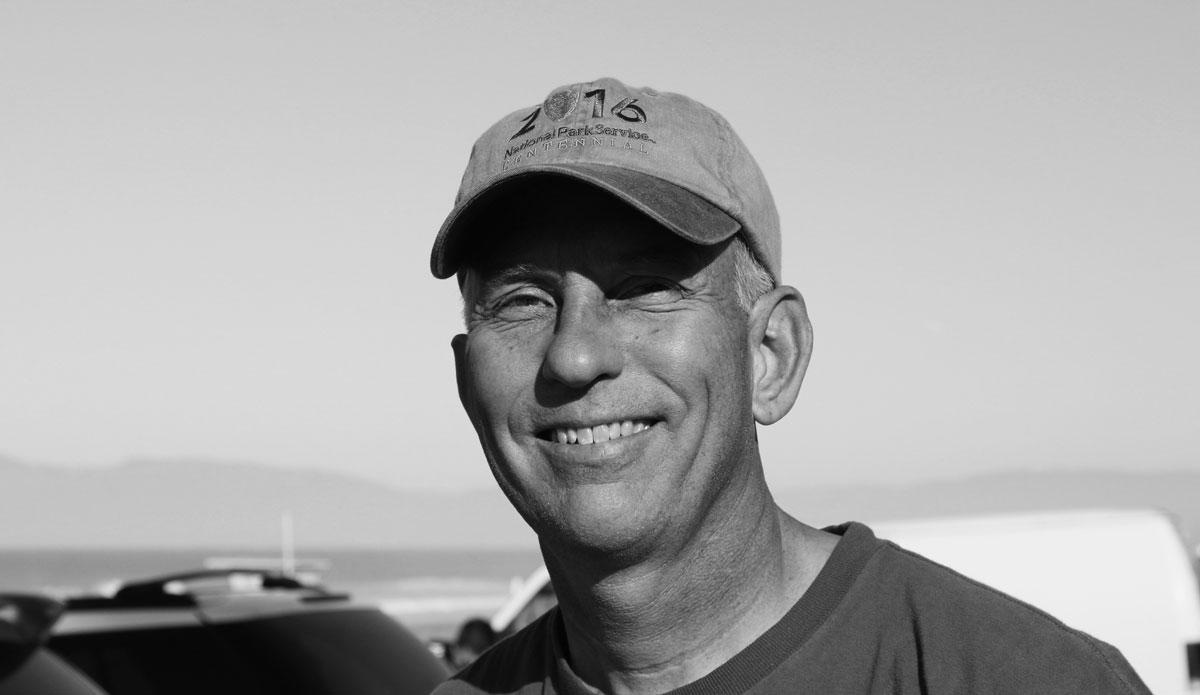 Roger Shuler: 56; Engineer; Manhattan Beach, CA - “It’s a good place.” What do you like about it? “The people, the beach, the waves.” Photo: Dunn 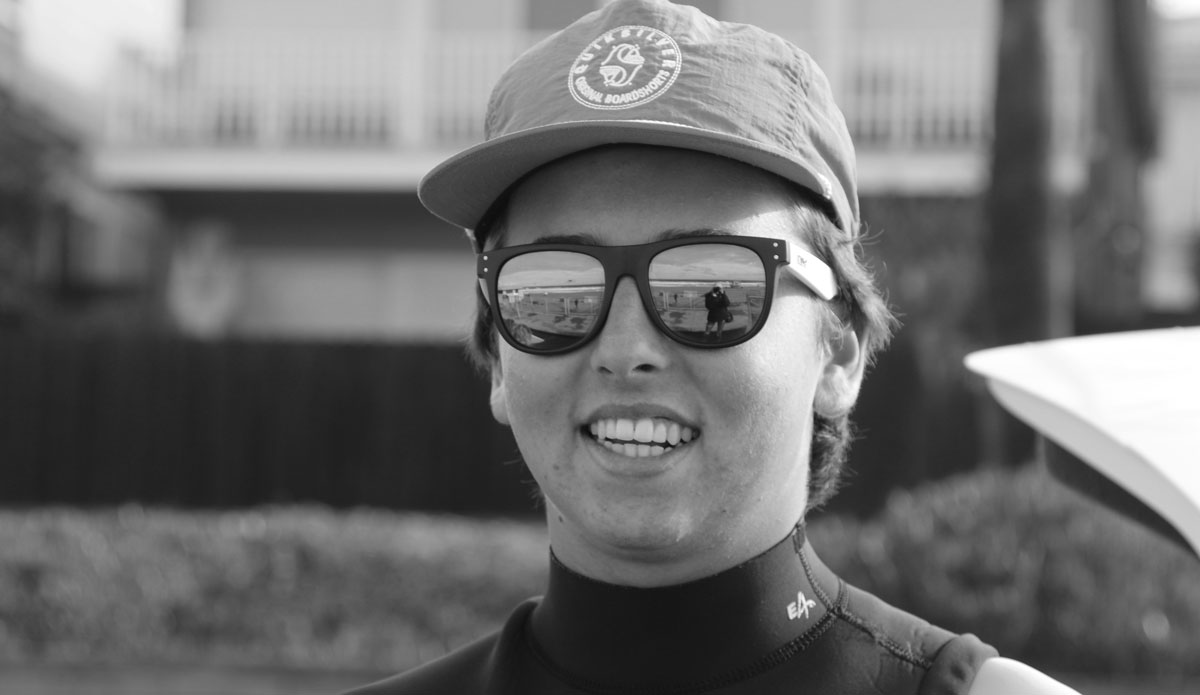 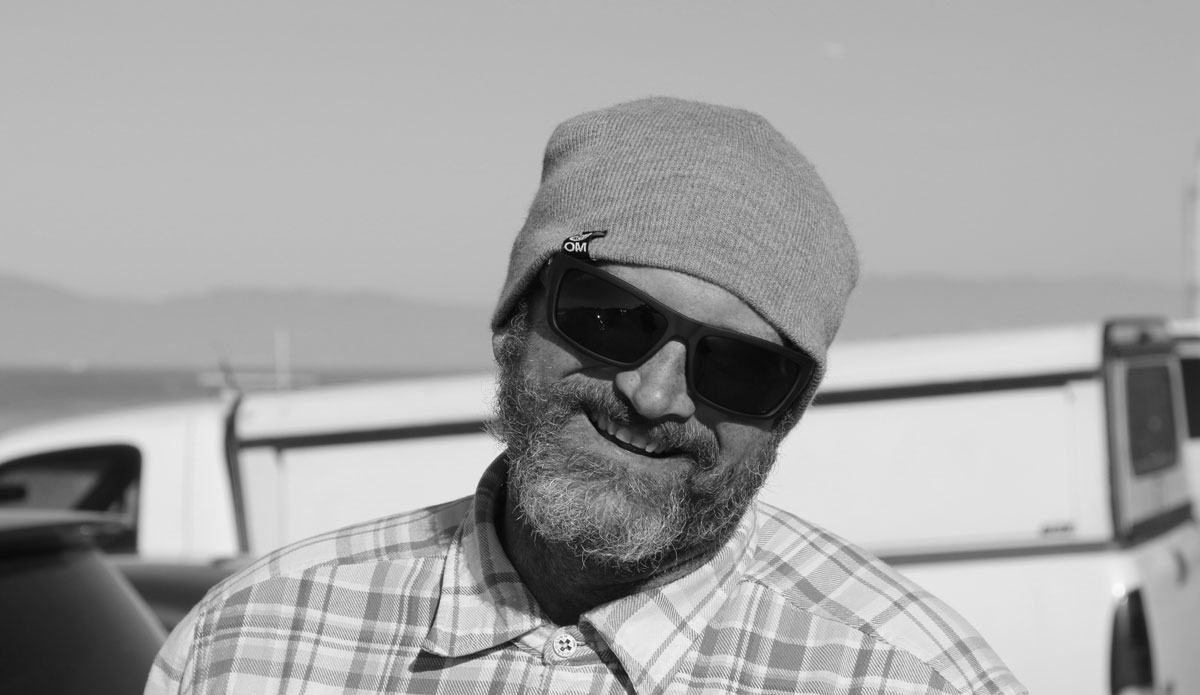 El Porto. Some call it the most consistent wave in Los Angeles’ South Bay. Others refer to it as the bane of their existence for its huge crowds and the diverse skill levels it attracts.

The crowds pose quite the inconvenience, but when it comes down to it, El Porto may be as close as any surf break can come to a true microcosm of surfing’s diverse makeup at large. The many moods of the place attract people from all walks of life. On a recent visit, I decided to try to photograph El Porto’s diversity.

El Porto did not disappoint. The friendly, open energy of the surfers there was immediately apparent, but folks aren’t lying when they say it’s crowded. From the thirty-or-so surfers I got to know over the course of two separate mornings spent taking photos, there were interesting and colorful characters of all ages, genders, skill levels and backgrounds.

In fact, the first people I met were two Brazilian students on holiday. One of them, who’d been to El Porto before, was bringing his buddy for his very first California surf and you could see the excitement all over his friend’s face.

These weren’t the only Brazilians I met. I also came across a business owner from southern Brazil, who, after surfing here for 27 years safely, calls El Porto “the best wave around.” Although I definitely came across a lot more locals and regulars, many originated from far away places or brought friends along who’d never been before. Hawaii, Massachusetts, Morocco, and Bali were just a few of those places.

The surfers ranged in age from as young as 14 to as old as 70. Their occupations painted an even more diverse picture. From an engineer, a high school administrator and an elementary school librarian to entrepreneurs, set dressers, and artists, people truly came from all walks of life.

With this wide range of people also came an even wider range of experience levels. Most had about ten or more years of surfing experience or had grown up surfing El Porto. However, a few shared that this wave was also the perfect wave for beginners. Dallas native, Mike Rainier, knew this to be true as this was his first day of surfing ever. When I asked him how it went, he laughed saying, “terrible, but it was fun.”

The common complaint seemed to be the crowds, but many still praised the wave’s consistency. A Hermosa Beach local, Frank Mazzotta, who’s been surfing El Porto for over 40 years, went as far as to call it “the mecca of the South Bay.” Celeste Kim, who calls El Porto her home break, shared how she’s come to know all the people who surf here, likening it to its own little family.

While some had nothing but praise for El Porto, many were quick to criticize. Young entrepreneur, George Huang, shared that it’s all about having the right attitude. “Like for me, just have low expectations and you’ll have fun.”

Others, like private surf instructor, Sarah Foley, highlighted the dangers of the big crowds. “A lot of people who aren’t sure what they are doing will come here and just snake you and not have the best etiquette…which can be discouraging.” Not only is it discouraging, but 48-year old surfer Jonathan Michael argues that it’s also dangerous. “They’re going to end up hitting you with their surfboards, which has happened to me a few times,” he said.

El Porto is quite the melting pot. It’s a spot that represents the diverse group of people that surf culture attracts. Raising a mirror to this community we see people of all ages, nationalities, skill levels, occupations and more coming together on one stretch of beach.

It’s true the waves at El Porto may not be the greatest, and sure the crowds may be annoying (you might have to dodge a few inexperienced surfers dropping in on you). But, in the end, there’s something intangible about El Porto that keeps this eclectic mix shuffling in and out each day like the tide.