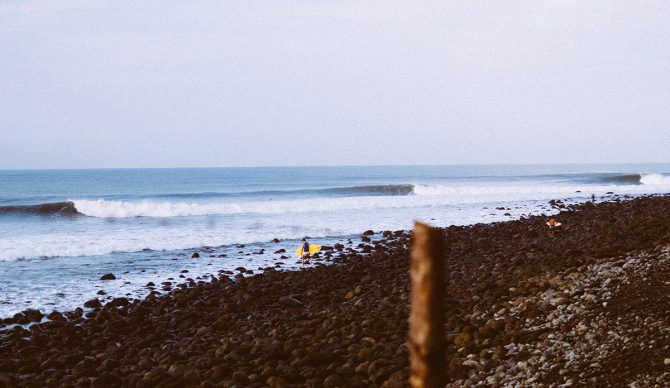 In case you weren’t aware, El Salvador’s 200 miles of coastline plays host to a wide variety of world-class surf. From iconic point breaks like Punta Roca in La Libertad to the consistent right points in Las Flores and a variety of beach breaks in between, it’s no wonder the surfing’s final Olympic qualifier will take place in El Salvador May 29-June 6. Specifically,  257 surfers from 52 countries are coming together to compete for 12 slots in the 2020 Tokyo Olympics. Seven women and five men will be headed to La Bocana and El Sunzal Beach. Surfing’s last Olympic qualifier will send 12 more surfers to the Olympics. Seven for women and five for men.

Competitors will be vying for World Surfing Games gold medals and national pride. Brazil’s Italo Ferreira will be looking to defend the 2019 WSG title he earned in Miyazaki, Japan, as well as Brazil’s 2019 Team World Champion title. Brazil will have four already-qualified team members in attendance, including Gabriel Medina, Tatiana Weston-Webb, Silvana Lima, along with Italo. The only other team with that many provisionally qualified Olympic athletes in attendance is Team Australia, with WSL superstars Julian Wilson, Owen Wright, Sally Fitzgibbons, and Steph Gilmore competing.

Leo Fioravanti of Italy, Aritz Aranburu of Spain, Costa Rica’s Carlos Muñoz, Indonesia’s Rio Waida, and Argentina’s Santiago Muñiz (who was the 2018 WSG Champion) will also be competing for a spot in the Olympics.

“From a record number of women, to the world’s best surfers flying their flags, there are many reasons to be excited about what this event and the future of surfing behold,” says ISA President Fernando Aguerre. “I would like to give a huge thanks to the government of El Salvador, the organizers of the event, as well as to the people of El Salvador for the warm welcome and strong support.”