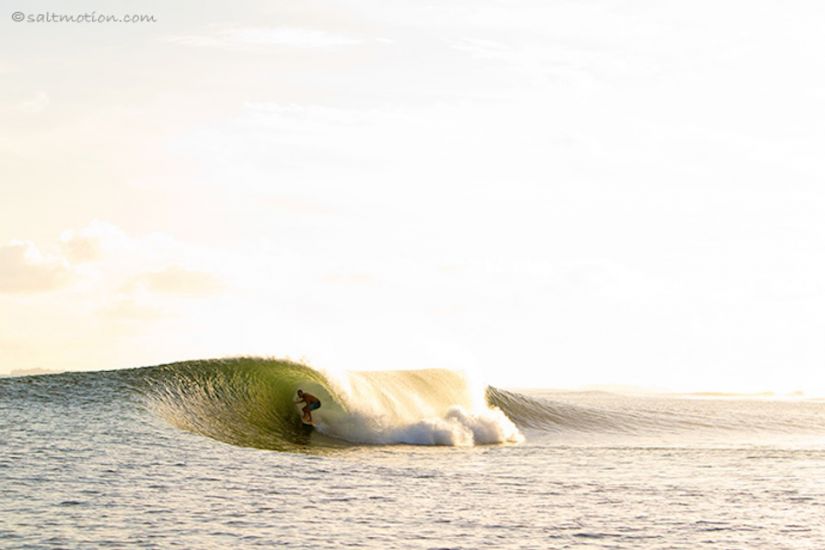 Remote barrels. What's not to love? 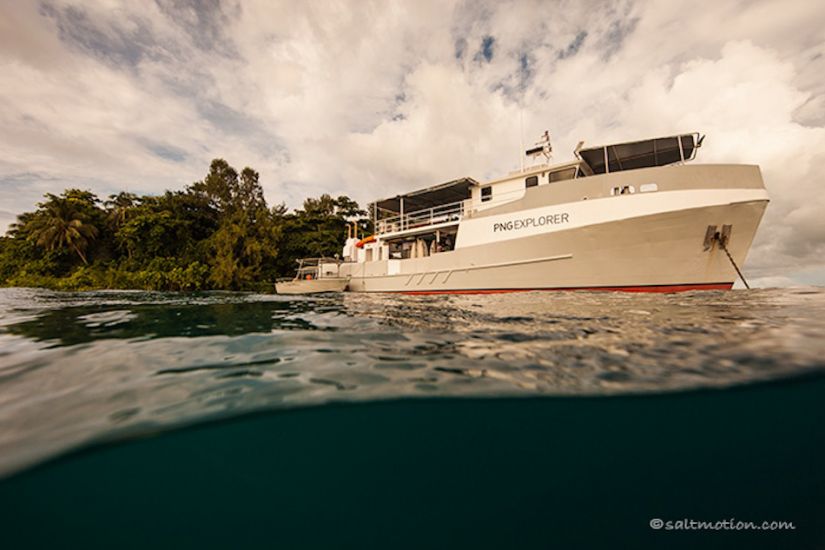 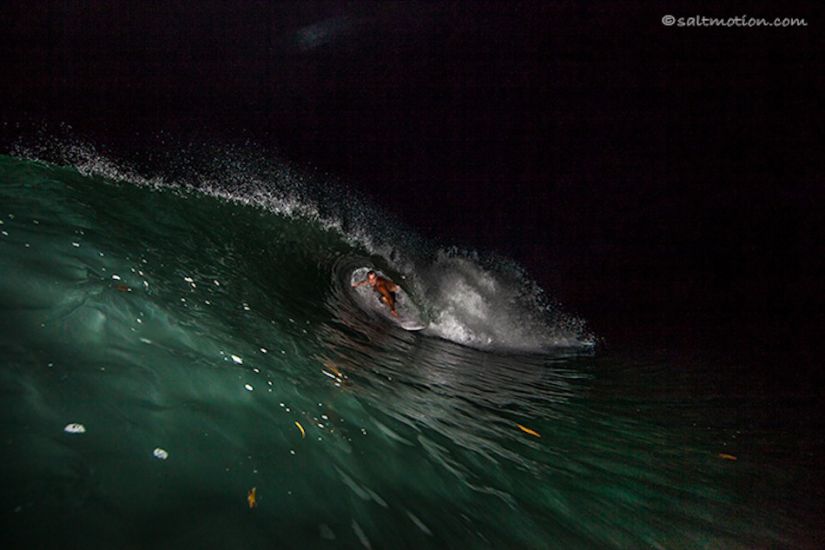 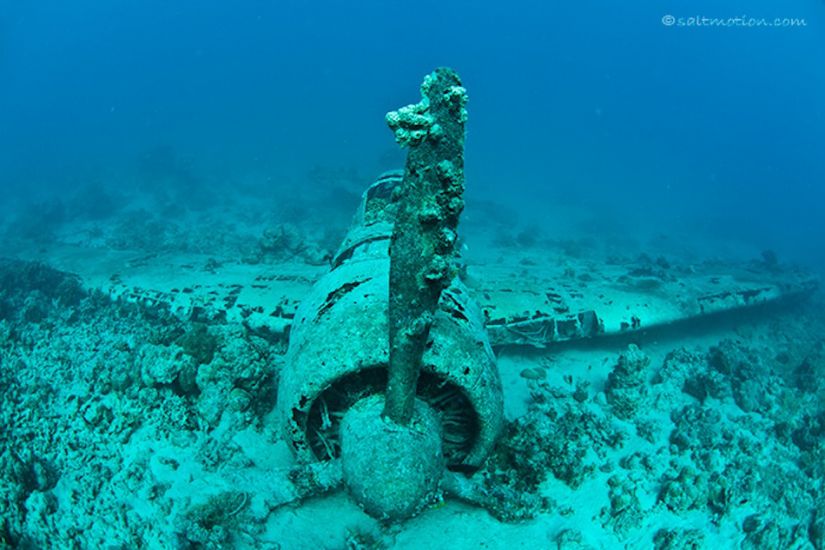 Potential WWII wreckage? Have a dive and find out for yourself. 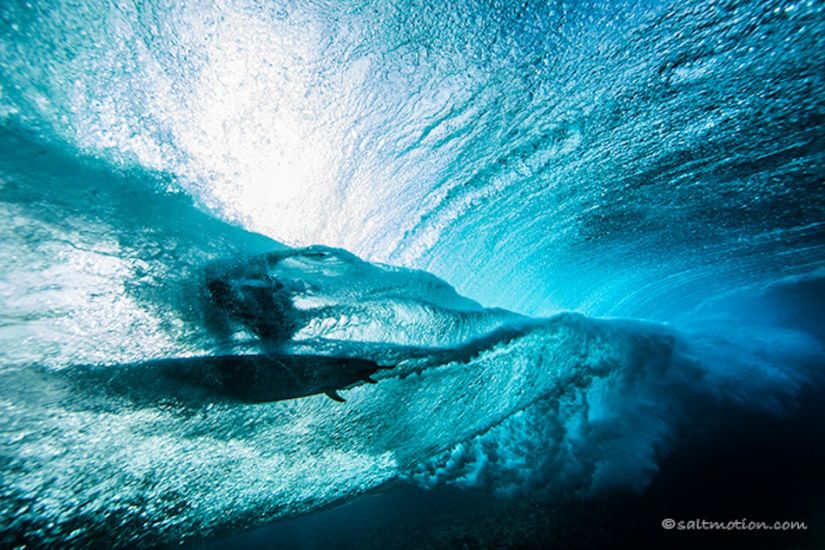 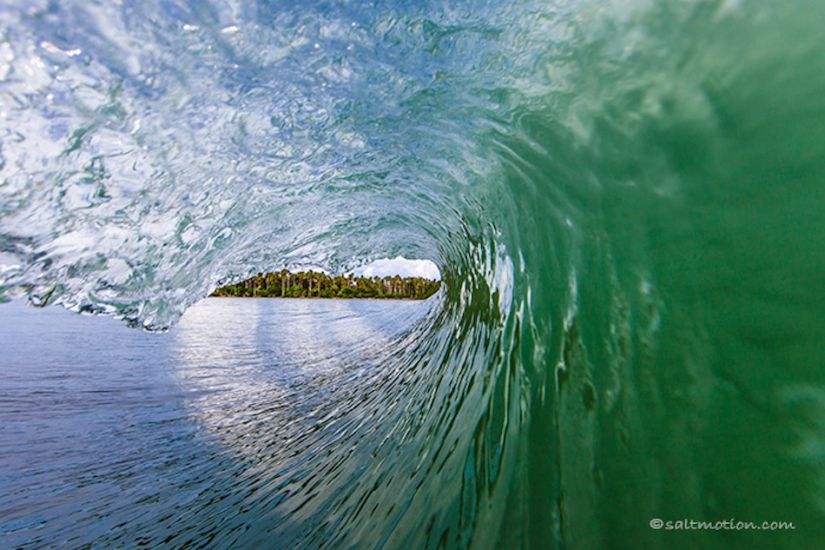 A common view when adventuring with the PNG Explorer. 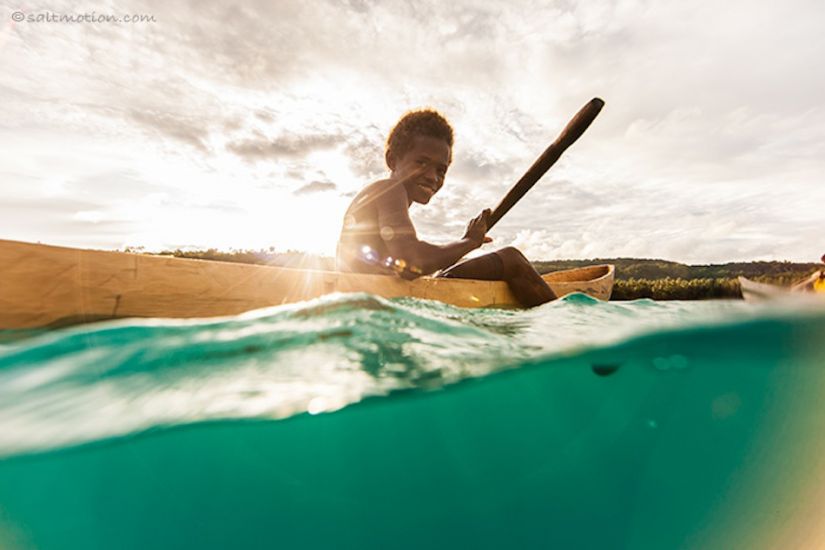 A welcoming native passes by via local transportation. 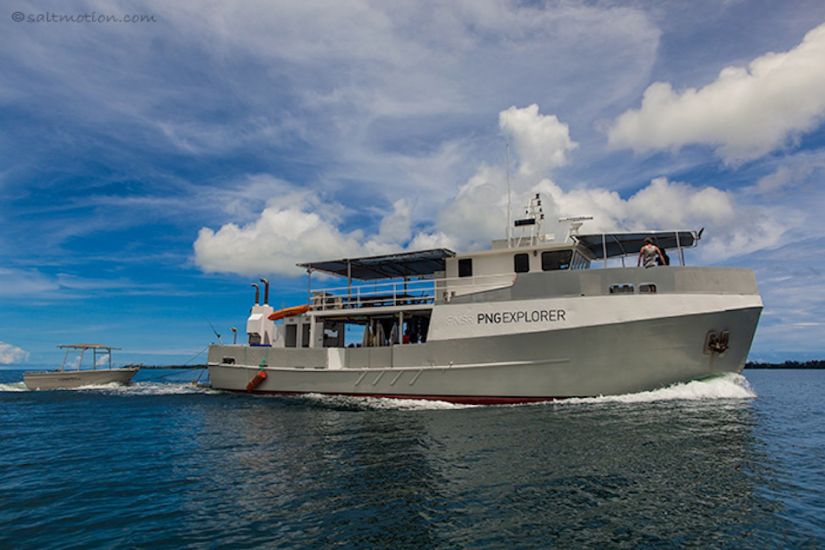 Homebase for the duration of the trip. 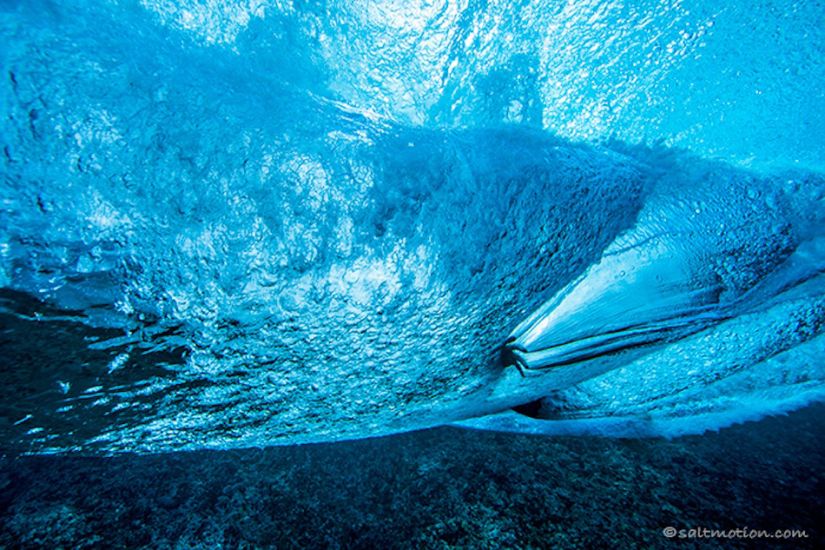 Hand drag. Logging as much tube time as possible. 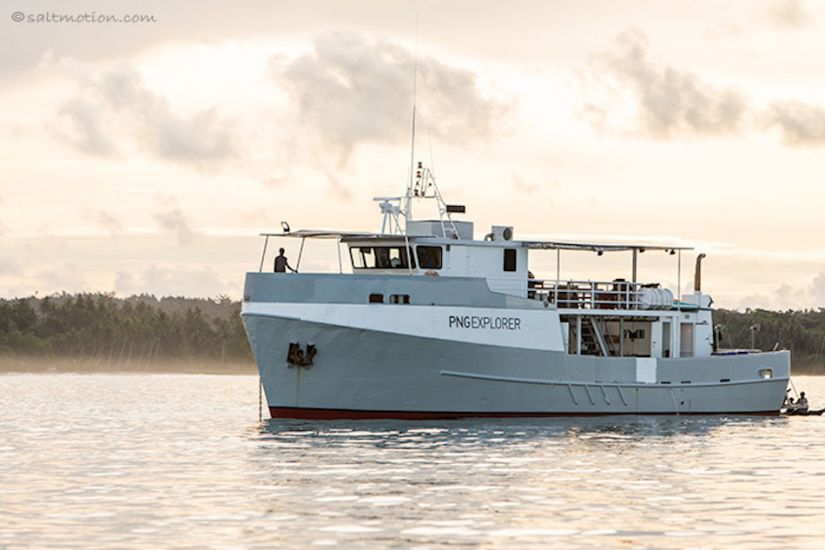 Look up "serenity" in the dictionary. This is what you will find. 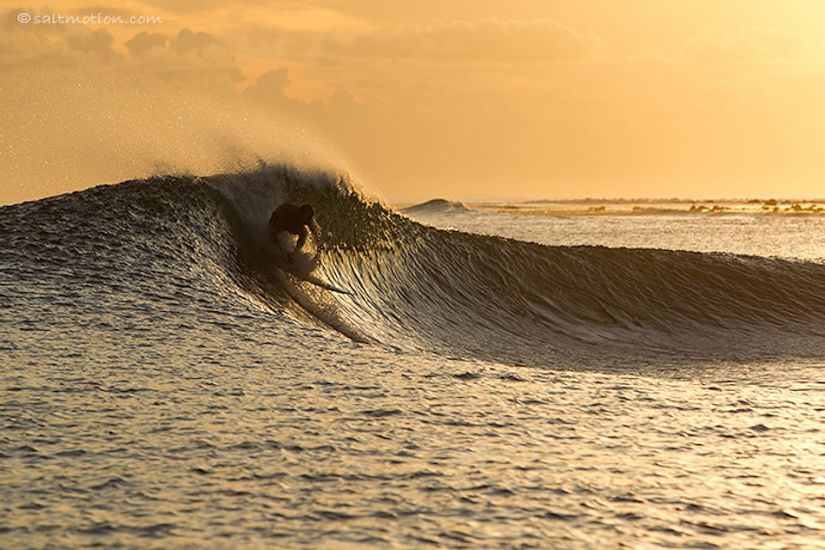 The year is 1770. The place: somewhere in the South Pacific. Writes James Cook: “For here they are reefs of coral rock, rising like a wall almost perpendicularly out of the unfathomable deep…and here the enormous waves of the vast Southern Ocean break, with inconceivable violence, in a surf which no rocks or storms in the northern hemisphere can produce.” Cook takes stock: “His men are rattled by a tribe’s recent attack, the Endeavour is under repair, and they are low in provisions. The captain is steering what he describes as, ‘a crazy ship,’ and still the distinction of a first discovery made us cheerfully encounter every danger, and submit to every inconvenience; and we chose rather to incur the censure of imprudence and temerity…than leave a country which we had discovered unexplored.”

Firstly, the description of enormous waves from a world-class sailor must make every surfer’s heart beat faster. Secondly, what pioneering spirit!

History’s great adventurers all share this human spirit of exploration from Marco Polo to Columbus, Hilary and Cousteau. Their discoveries have been born from a visceral feeling that what lies beyond the horizon may be epic. Is it any surprise then that surfing, which embodies exhilaration and daring, should lend itself so effortlessly to the spirit of exploration? Maybe, the most exciting wave is just around the corner.

In the 18th century, “experimental gentlemen,” scientists such as Joseph Banks and Charles Darwin, accompanied voyages in search of first-hand evidence to back their theories. What if surfers could join an expedition today in search of their own proof like getting slotted in an unnamed wave in an unheard of region? An enterprising expedition in May this year aims to do just that.

Andrew Rigby, captain of the PNG Explorer and his best mate and surf guide, Darty, are offering surfers the chance to join their next exploratory mission somewhere in the South Pacific. Successfully operating the only surf charter vessel in Papua New Guinea, these lads have been coming across new waves for seven years. “We’ve explored every outer island chain in PNG that faces the trade swells…and found dozens of amazing waves,” Andrew says, standing at the helm as he plots a course to the current home port, Kavieng.

“We’ve had unreal results,” he adds. How do they measure success?

Darty laughs: “A great measure of success is standing in a giant keg and then sitting along the table at dinner naming waves, slugging icy-cold beers!”

Eyes twinkle in the wheelhouse as Andrew picks up the binoculars. There’s swell on the horizon. In May, the Explorer will be relocated to a region in the Pacific with enormous potential for amazing surf. Five weeks of exploration will be divided into three 12-day trips, eight surfers aboard at a time. Each tour will potentially cover 500 nautical miles from a yet-to-be-revealed home port somewhere in the pristine Pacific.

“What we’re looking at doing now comes off the back of the other exploratory trips we’ve run,” he explains. “We’ve spent three years pouring over the charts. Nautical, navigation, swell charts and weather patterns. All that knowledge is being thrown at this concept of discovering a new area. Based on my nautical knowledge of the South Pacific, I think we’re picking the absolute prime time to go to this place.”

Darty grins: “It gets rammed with swell.”

“It’s just after the swell season begins and before the transition into trade winds; this is the time when sailors expect more doldrums conditions rather than the thick of the trades,” says Andrew, who sailed around Australia before moving to PNG. “There’re heaps of anchorages, bays, nooks and crannies and sheltered spots for swell to wrap around reefs. The swell window and chart set up are absolutely ideal for firing waves. It looks better than any other place I’ve seen in the South Pacific.” He looks sideways at me and qualifies the last remark: “It’s not a guaranteed find, you just never know, but it’s absolutely the best you can do for an exploratory.”

Therein lies the beauty and magic of these trips. The unknown arouses the imagination and the pull of the potential dares us to have a crack.

At the end of the day, the two mates are just after what every surfer in the world wants from a boat trip–to get mindlessly pitted all day. It’s also what makes these guys consummate professionals. Hell, it’s easy to be excellent at your job if business is your pleasure. The Explorer has an exceptionally willing, qualified and hardworking crew. Nothing is too much trouble. Expect 120 percent effort, high-octane levels of enthusiasm and wicked comedy. What’s more, expert lensman Joel Coleman from the Saltmotion Gallery in Sydney will be capturing all three crossings as well as making a documentary on the trip.

There’s also a very real prospect of locating WWII relics as hundreds of ships and planes went down in the area during the war in the Pacific. The fishing is sure to be off the hook and the diving impressive.

Another thing to bear in mind is that a surfer on the Explorer needn’t go feral, starve and then feel guilty for eating a pet goat, or suffer tropical diseases in parasite-ridden coastlines. The 23m air conditioned vessel is led by a Master 5 skipper, powered by a 504-horsepower engine, equipped with 2 generators, a dive compressor, 2 fast boats, possibly the Pacific’s fanciest espresso machine, definitely the coldest beers at sea, and a full-time Australian chef dishing up Michelin star meals. Yes, actually, it is that good.

Surfing’s age of discovery sparkled in the ‘70s with intrepid souls such as Lopez and Hinde stumbling across their nirvanas in the Indian Ocean. Then came the ‘80s and ‘90s and the wanderlust was dimmed by progress, commerce, mortgages and monotony. These days we’re lucky to steal two weeks of annual leave without stern looks from the missus and as a matter of practicality, it’s likely to be limited to the Club Med of surfing. Mentawai land camps and boat charters are ideal if convenience must trump adventure. And yet, radical though the idea has become, I’d bet that every surfer on his or her 17th Indo trip wouldn’t rather be getting barreled somewhere unheard of with no one else about.

As for the explorers and experimental gentlemen of old, well, it’s a mixed bag and a reminder that leaving the past behind for an uncertain future brings equal measures of risk and reward. Cook died at the hands of angry Hawaiians during his third round-the-world voyage, but Darwin discovered evolution and today a map of the world bears Joseph Banks’ name in a dozen different places. Testament to his heritage as a pioneering botanist.

Darty sums it up. “While the rest of the world wakes up from their Indo coma, we’ll be sitting around the top deck trying to think up names for new waves, drinking ice cold beers, in the middle of nowhere.”

Now that’s a legacy I wouldn’t mind being a part of.

Find out how you can stamp your passport: info@theperfectwave.com.au

All pictures taken by Saltmotion.