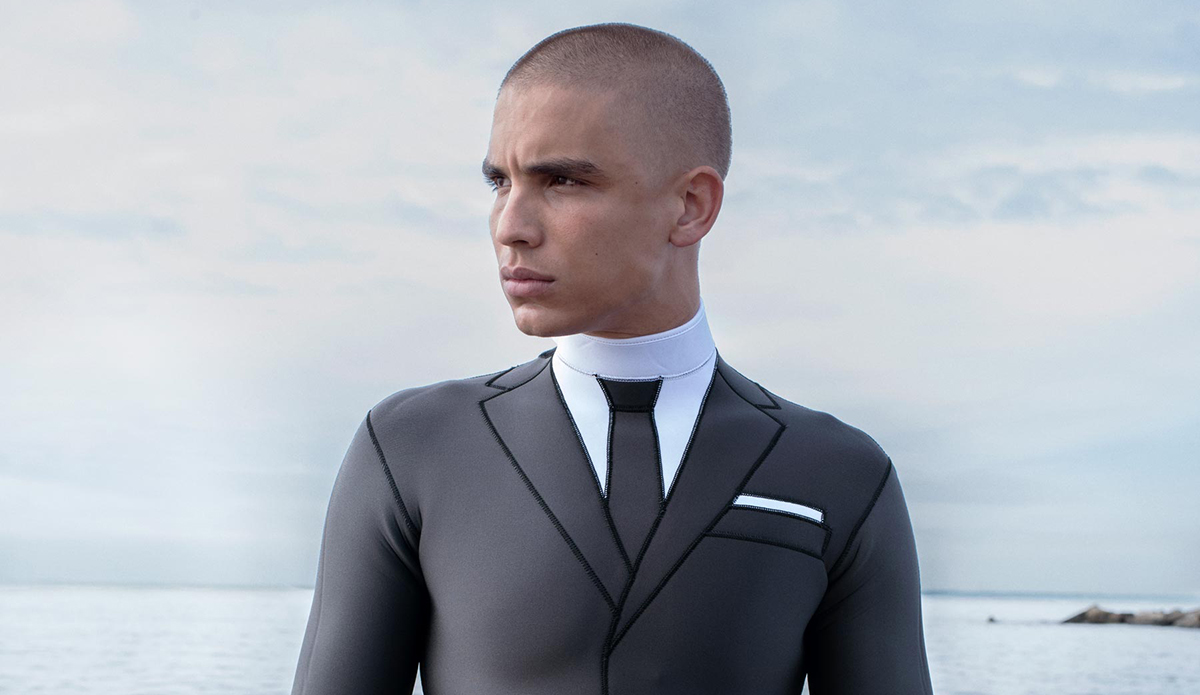 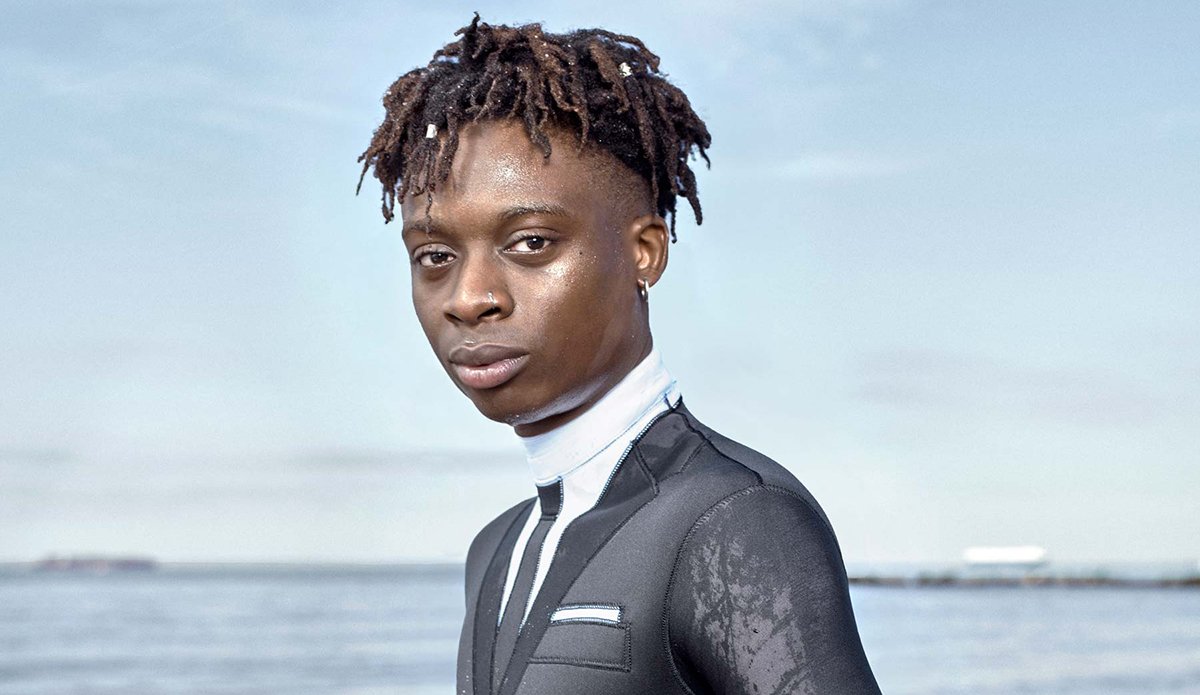 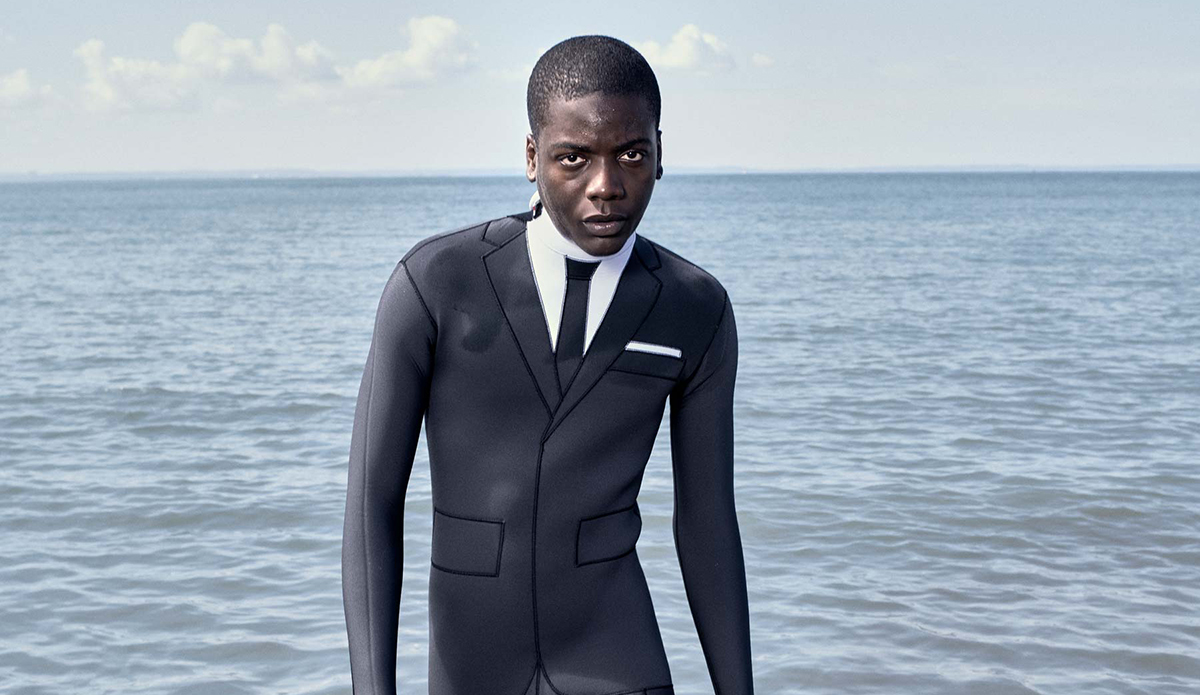 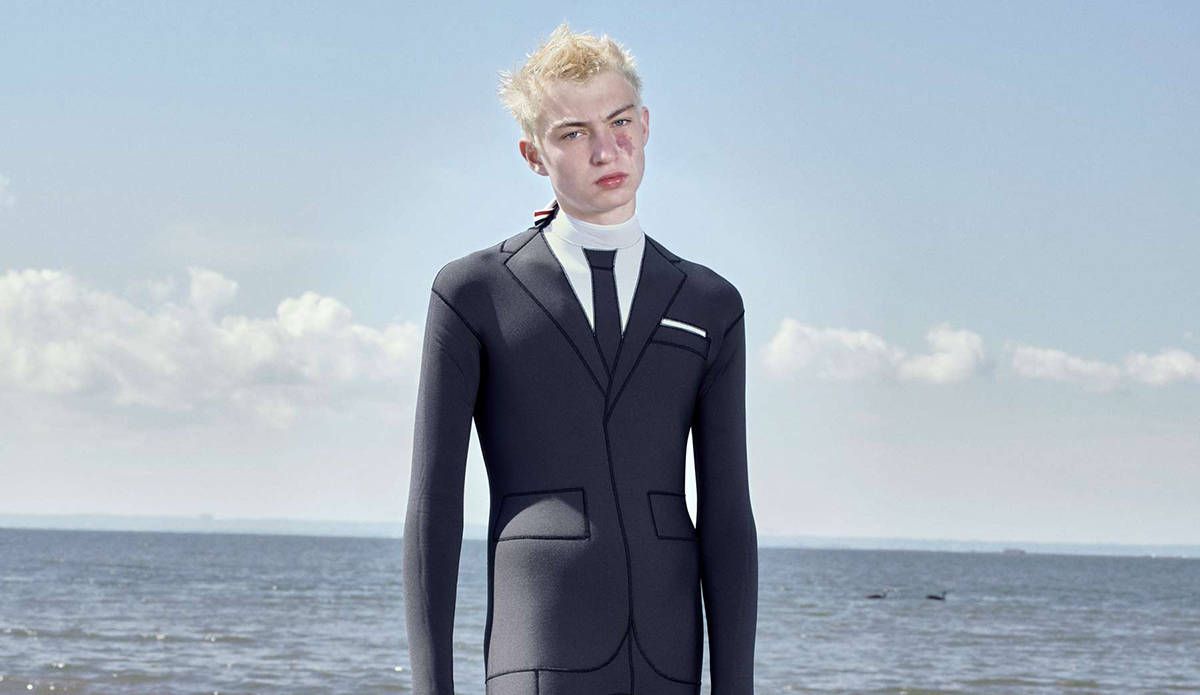 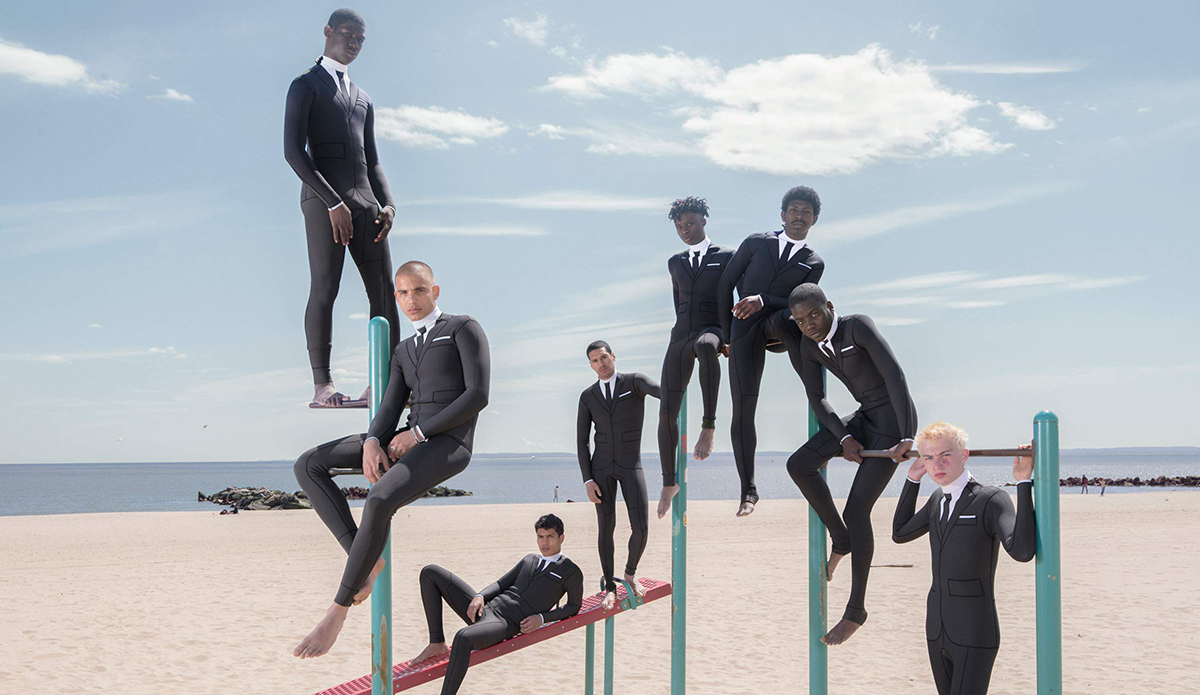 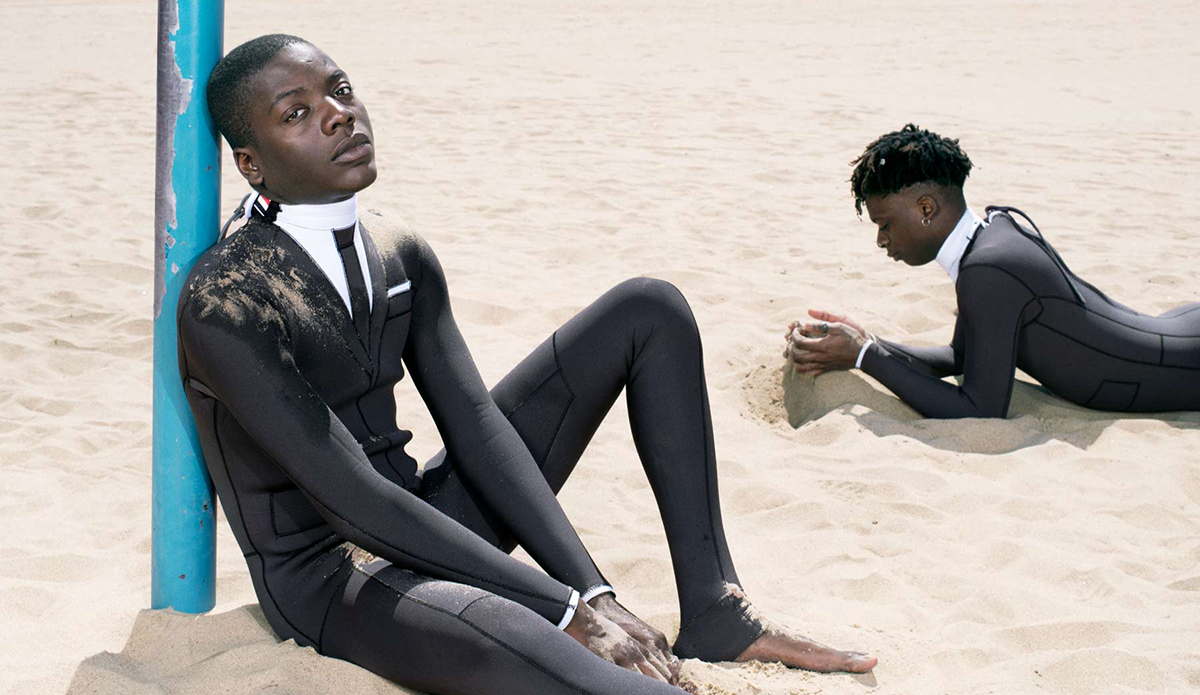 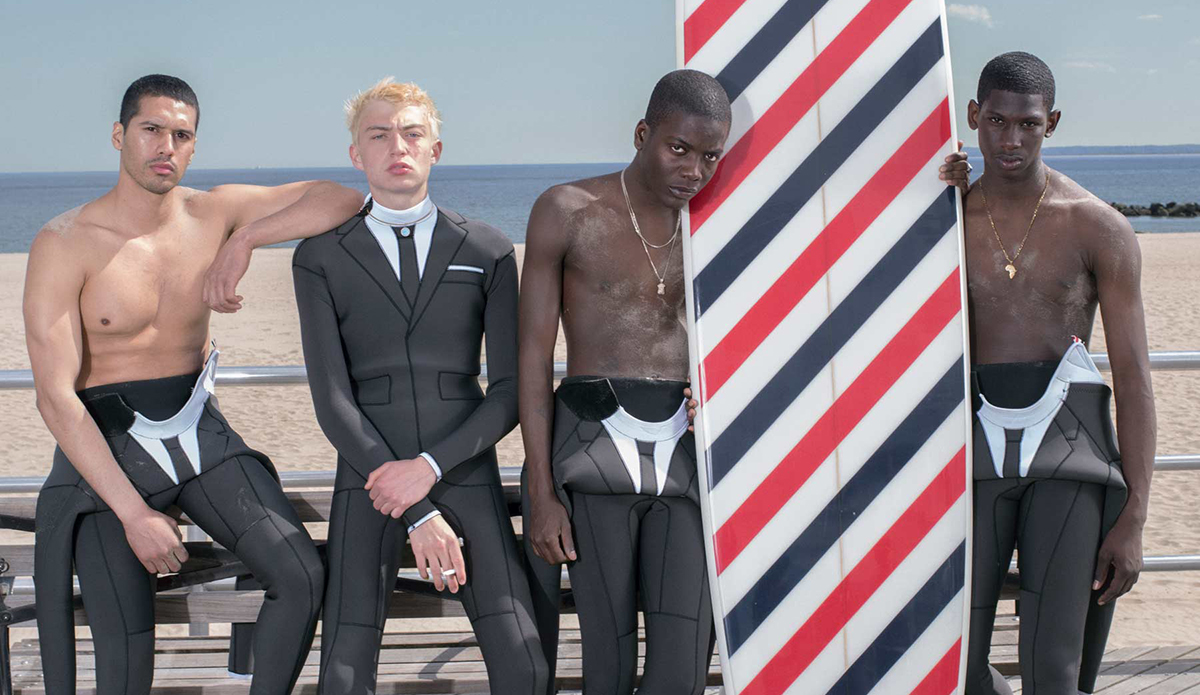 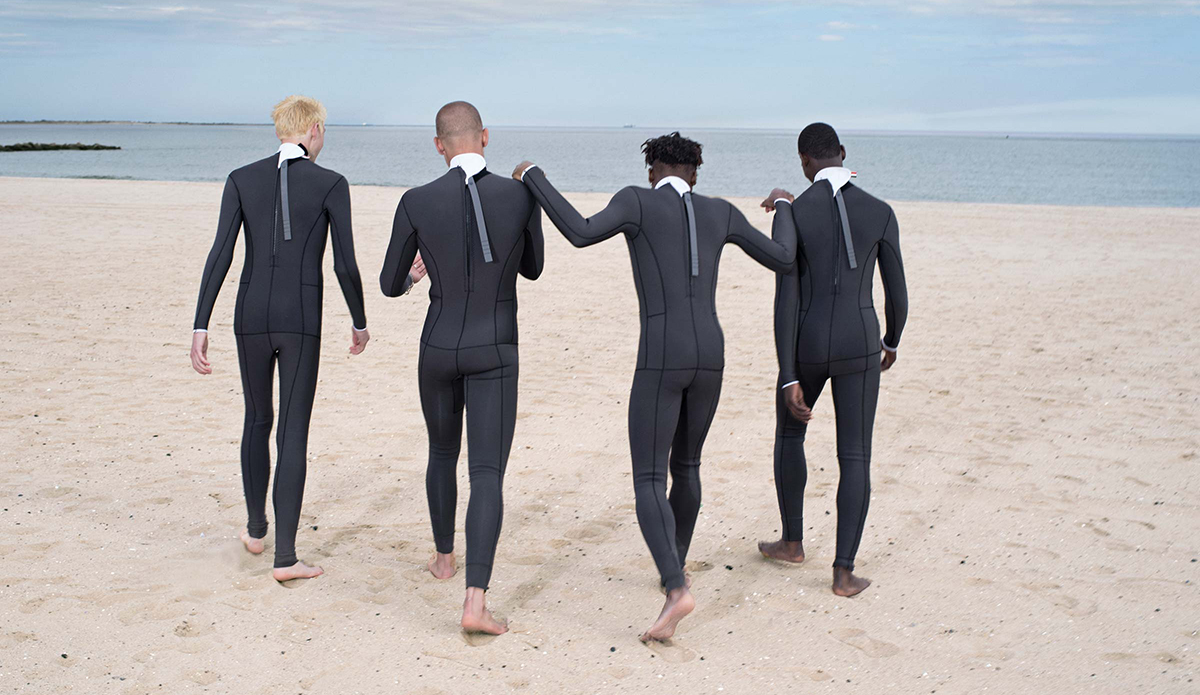 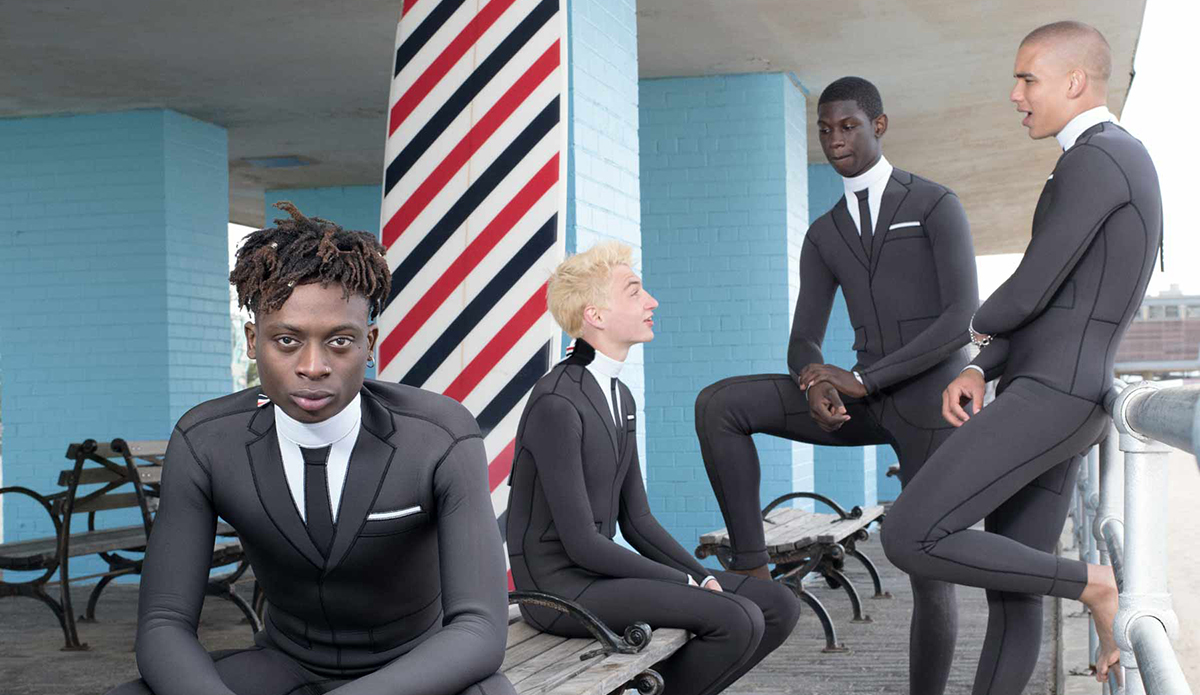 Traditionally, Wetsuits and bathing suits are really the only time the words “surfer” and “suits” end up in the same sentence. The counter culture image of surfing was built on a romanticized image of spending entire days at the beach, building a life on anything but wearing closed toed shoes or even shirts.

Historically, a pair of slacks, a tie, and a blazer have been the antithesis of that image. I think Guy Ritchie explains it best.

“The death of the suit was the prosaic attitude toward ‘I’m going to work and I’m gonna wear a suit. I gotta put a tie on, and I don’t want to stick out.’ We’ve been brainwashed to not dress like gentlemen.”

So while a coat and tie used to be an ill-fitting uniform symbolizing a life of 9-5 imprisonment, surfing isn’t anchored to just a beach bum lifestyle anymore either. Nowadays, a man wears a well-fitted suit because he wants to stick out. Meanwhile, surfing thrives on an experience of authentic self-expression and creativity. If you’re doing it right, you’re probably comfortable with others watching you ride a wave. And I’d say wearing a $3,900 wetsuit created by a high-end fashion designer would certainly be a way to stand out in the lineup. Sure, some dudes are going to be salty haters. But you were able to get your hands on a wetsuit worth nearly four grand. Let the haters hate.

This westsuit was recently presented as part of fashion designer Thom Browne’s 2017 Spring/Summer line. While it is a novelty creation we wouldn’t expect to see take over our lineups, this wasn’t just something a couple dudes walked the runway in never to be seen again. You can actually buy them online for that cool $3,900. A close look shows that the stitches are made to mimic the same lines of the traditional jacket, trousers, lapels, top collar, and tie while fitting like the traditional…wetsuit.

And while Browne’s name and label have earned these suits a space in the high fashion world, it’s actually the craftsmanship of Orange County’s Shane Jones that makes them so authentic. As the Founder of Jonesea Wetsuits, Jones is kind of the “Mad Hatter of Surfing,” having made over 7,000 handcrafted wetsuits in every shade of neoprene one can imagine. His name was passed on to Browne when the label was in search of somebody to build their first sample. At the time, the self-taught tailor says he was living out of his 1968 Chevy and working out of a 10′ x 30′ storage unit in Garden Grove. When he knocked the first vest sample out of the park, he was then asked to make a fullsuit sample worth a cool five figures. That landed Jones a deal with Thom Browne worth enough money that he’s no longer homeless. Now, every one of these $3,900 wetsuits made under the iconic Thom Browne label is stitched together by a guy who celebrates the Fourth of July by walking the nose dressed as an American flag.