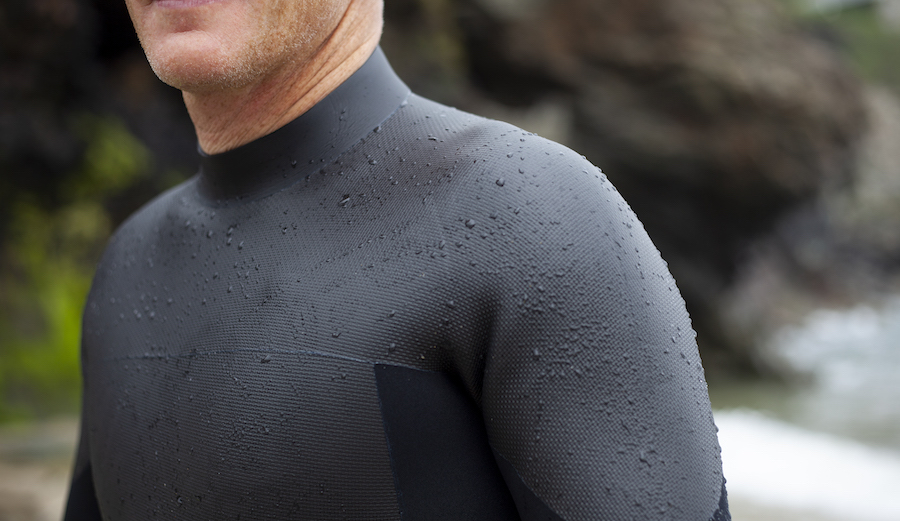 Tom Kay and the folks at Finisterre are currently piloting a prototype of the world’s first fully-recyclable wetsuit. It likely won’t be long until a functioning suit heads to market. Photo: Finisterre

Nearly two years ago, Tom Kay, founder of the UK-based surfwear and apparel company Finisterre, had a novel question bouncing around in his brain. “What if we could take old wetsuits that have reached the end of their life, reduce them to raw material, and turn them into new wetsuits?” he thought.

Until recently, even for the most eco-conscious surfer, the only two options available for a crusty old wetsuit in disrepair were either a crappy DIY project or a landfill. In recent years, efforts to turn old suits into straps for handplanes or yoga mats have thankfully created more options for upcycling old neoprene. But for Kay, creating a new wetsuit from an old one is the ultimate way to create a circular product life cycle that’s paramount to reduce waste and environmental impact.

So, back in March 2018, in partnership with the University of Exeter, Finisterre hired on its first full-time wetsuit recycler to crack the case. Ultimately, Finisterre and the University identified two unique problems it needed to solve. The first: create a suit intentionally designed to be recycled. Then determine how to take suits from any wetsuit maker currently sitting in surfers’ garages or headed to landfills and create wetsuits from them.

Now, Finisterre is proud to announce that a fully recyclable suit is currently being prototyped and one step closer to reality.

“We’re currently testing (the wetsuit) right now,” Kay told me. “We’ve been doing quite a lot of technical tests with Exeter University. Sort of tests that have never been done in the wetsuit industry. So it’s quite exciting to see how this technology and new thinking actually works.”

According to Kay, the recyclable suit currently being tested has a few properties that might look familiar to surfers. Namely, most of it is made from a smooth skin-like material that is super warm with much less latent heat loss due to wind. The downside with the current model, though, is it’s fairly difficult to get into because the suit is designed without any laminates on the outside or inside. Think smooth skin-like, in and out.

“The challenge (right now) is getting in and out of it because the smooth skin is sort of sticky next to your skin. It’s a bit more grippy, it’s not like a laminate you can slide on and off,” he explained.

Despite those challenges, Finisterre is thrilled that after a years-long process, they’re making headway on an initiative that could completely disrupt the wetsuit industry.

“It’s been a long journey and we’re still on that journey. We haven’t nailed it yet,” said Kay. “But it is really exciting to have a suit to surf in.”

With respect to dealing with other manufacturers’ wetsuits ending up in a landfill, Kay told me that progress has been made on that front, too.

“We sent 100 suits back to a scientist in Sydney we are working with now who has blended the suits with marine waste to make a bio-crude which is being tested at the minute whether we could use that in the manufacturing of new suits,” he said. “It’s like a new raw material. It’s quite exciting, actually.”

In March of last year, Kay emphasized that Finisterre hopes to share what knowledge they gain here with the rest of the industry and made no overtures that the plan had changed. In the U.K. alone, discarded wetsuits account for nearly 380 tons of waste per year. If these gains can help minimize the global impact of the entire industry, Kay believes, why keep them under lock and key?