Full-Length Surf Films: On the Way Out 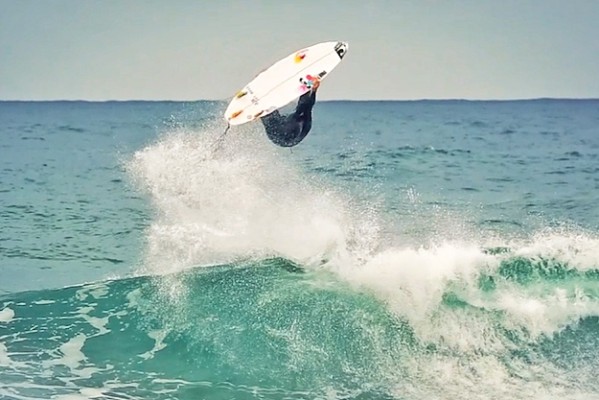 When future generations of surfers think back on surfing’s different eras – looking at the people, places, and innovations that define them – I think that the epoch in which we currently find ourselves will be marked by the Internet. Never before have we average Joe surfers had such access to what the pros are up to, via their web clips, blogs, Instagram, Facebook and Twitter. It is in the age of instantaneous uploads that full-length hour-long surf films are in serious decline. This idea is nothing new, however. DVD and even Blu-Ray are on their way to becoming obsolete technologies, and surf films on DVD and Blu-Ray are not exempt from this trend, but this does little to explain the proliferation of web clips at the expense of feature-length films that were the norm only a handful of years ago.

The prevailing argument for this decline is often centered around the idea of progression. The feeling by some, at least, is that because pros feel the pressure to consistently push the envelope, when they are the first to pull a maneuver, they need to put it out there as quickly as possible. Therefore, short web clips are a format that is more suited to the consistent progression of the sport.

This was the argument used to defend Gabriel Medina’s poorly edited backflip compilation at Rocky Point last winter. Though impressive, I think it would have had more of an impact as an ender to a 10-20 minute movie part. Case and point: Jordy’s film that dropped last year—Now Now. The two backflips that Jordy pulls seem to have so much more of a wow factor when packaged into a film format. In no way do I mean to detract from the level of difficulty of Medina’s backflip, but personally, I’d rather watch a film that incorporates different maneuvers and waves than a 40-second, one-trick web clip. Jordy’s film also demonstrates that the impressiveness of a maneuver isn’t lost over time. Take Taylor Steele’s Trilogy for a more dramatic example—even though the film is nearly seven years old, the surfing isn’t any less impressive by today’s standards.

Although Now Now puts Jordy’s backflips in a more complete format than a short clip, it still falls short of being feature-length. The film is only 15 minutes long, and exemplifies a trend: surf films are progressively getting shorter. Some of the most popular new releases, for example, all hover around 20 minutes. Most are either accessible online or available to download for free, which I’m sure everyone would agree is great. This phenomena, however, has changed the way that most surfers transition from each web clip/short film to the next. It seems that, because new clips are released so frequently and they are, for the most part, free to watch, the act of building surf film collections is becoming less pervasive. I often find that I am less likely to re-watch a clip or short film than a DVD or full-length film that I own. Is this necessarily a bad thing? Maybe it’s just different. Instead of groms gathering around the TV at sleepovers, psyching themselves up with a movie before their morning surf session, they’re gathering around a computer checking different blogs and watching the newest clips. Either way, the froth factor is still in full effect.

What I do wonder, however, is what contribution our generation will make to the canon of surf films if the purveying attitude is on to the next one. What will be our Endless Summer? What will be our Trilogy?