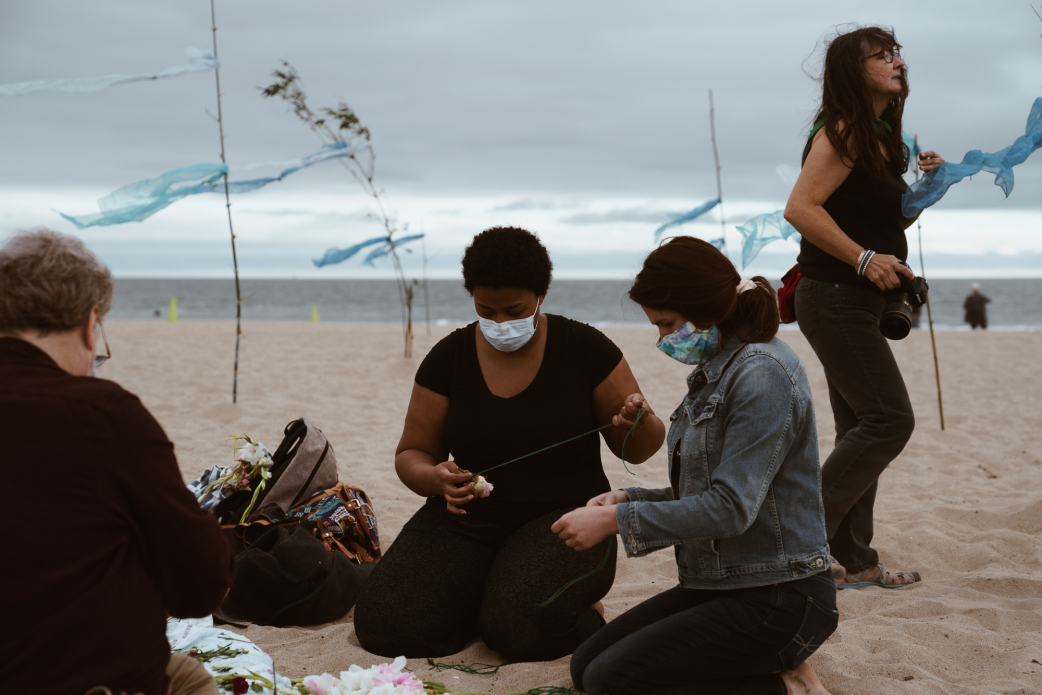 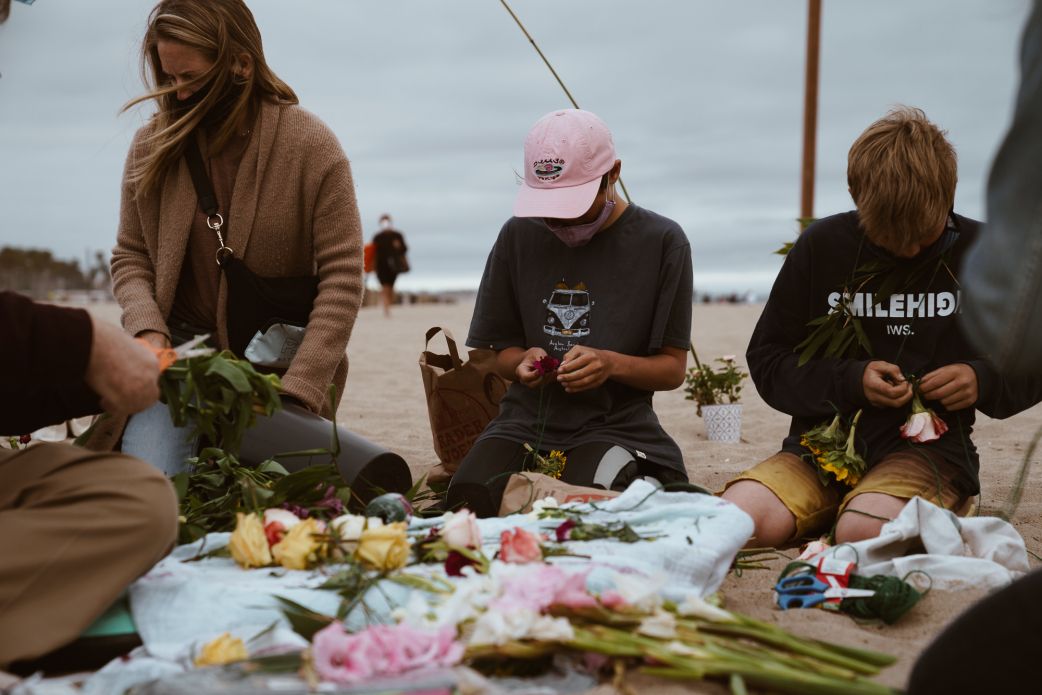 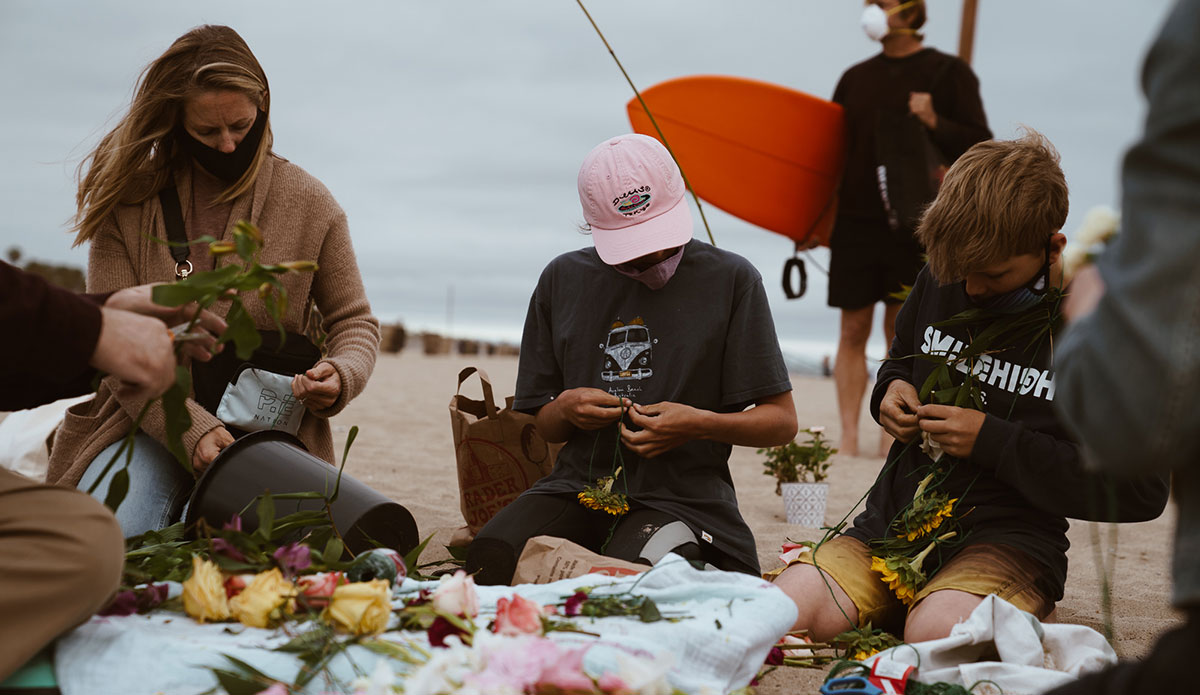 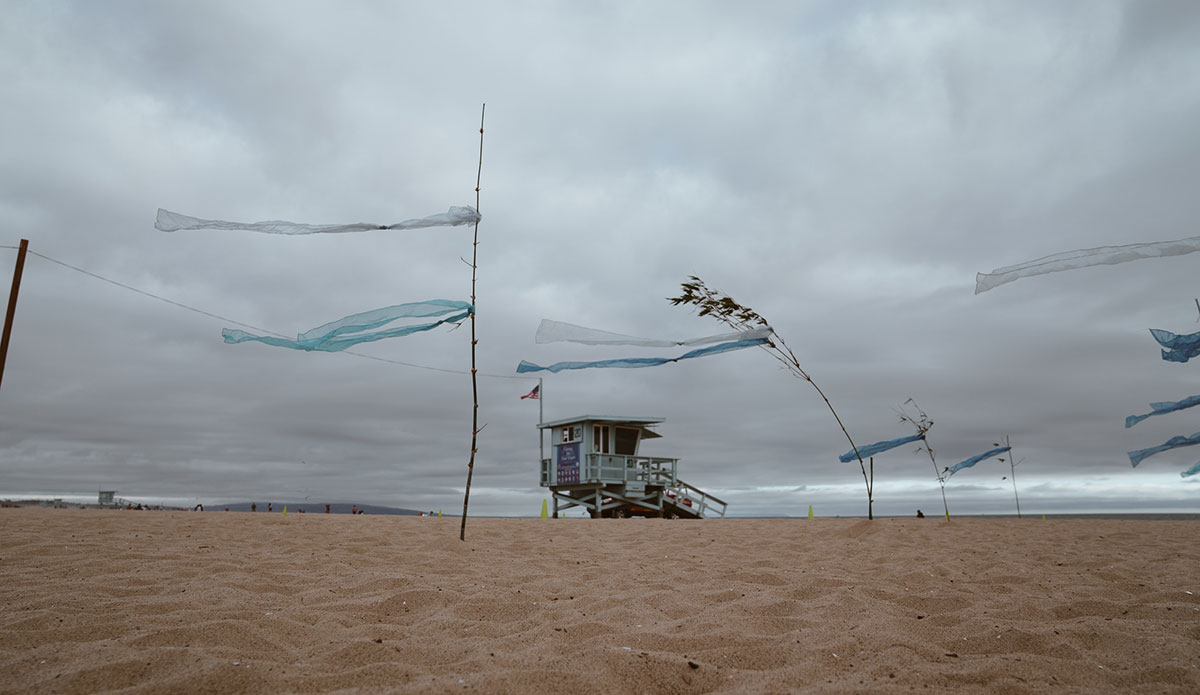 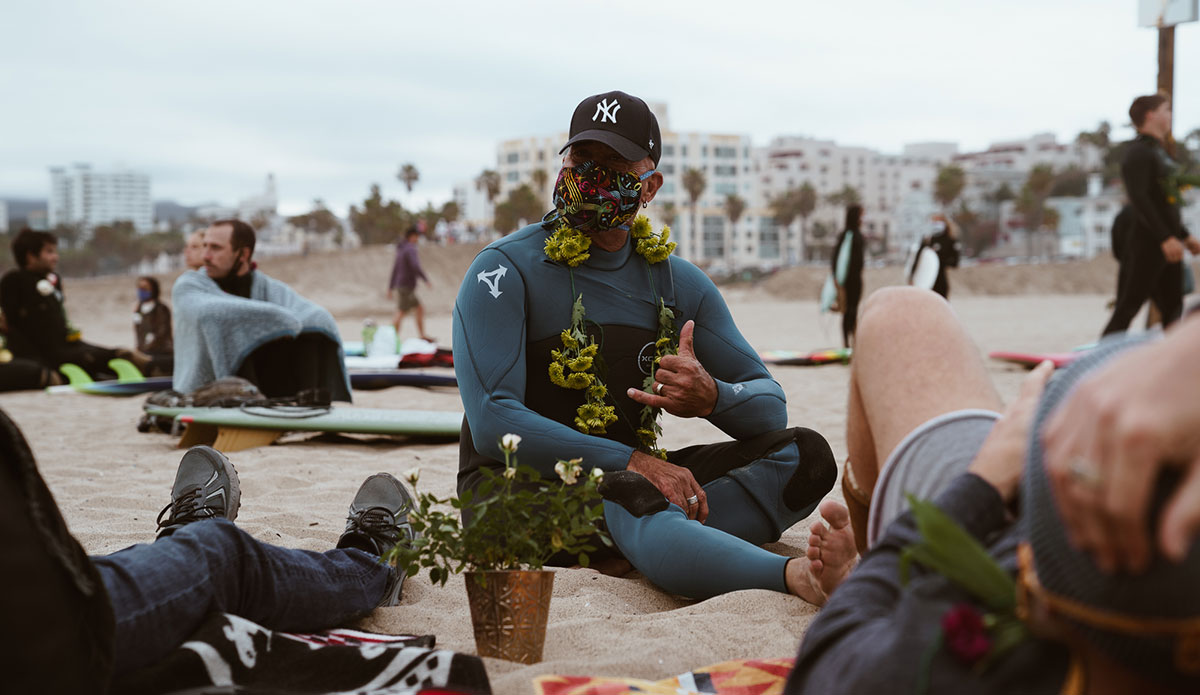 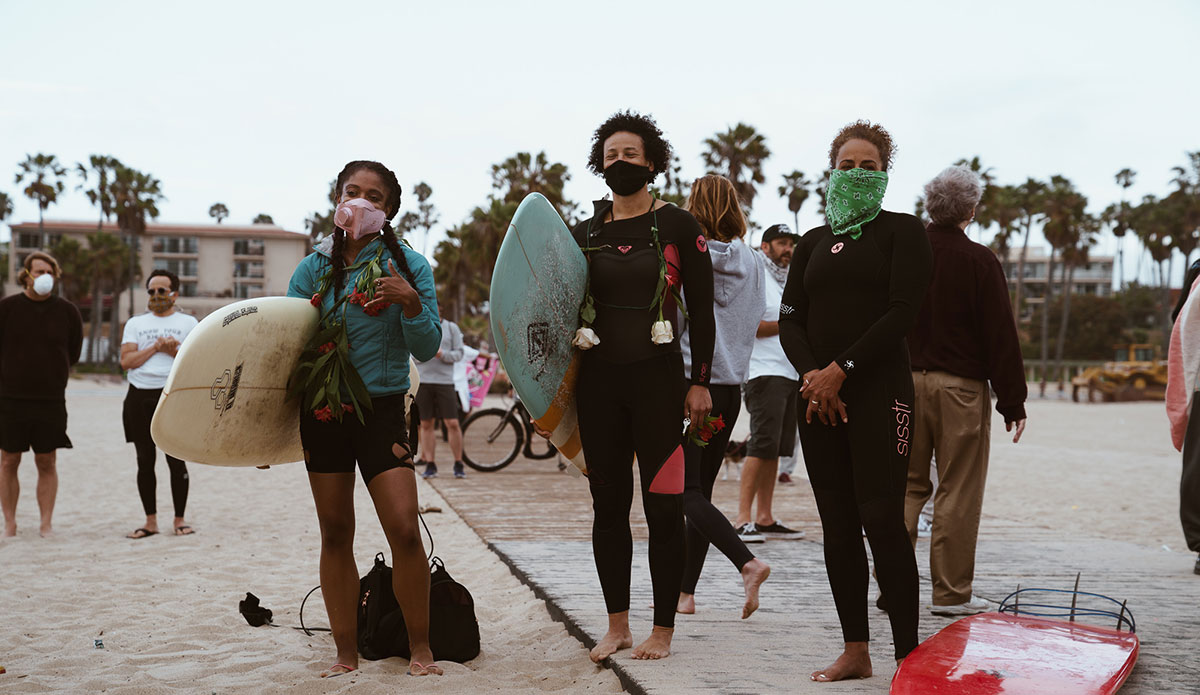 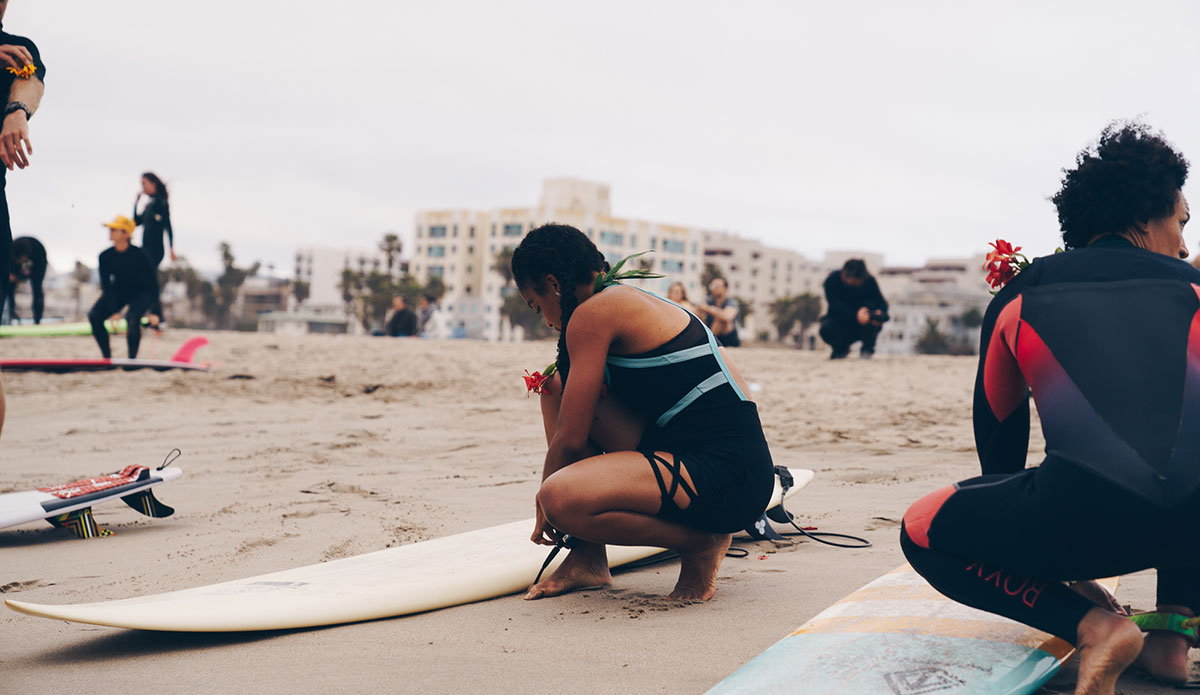 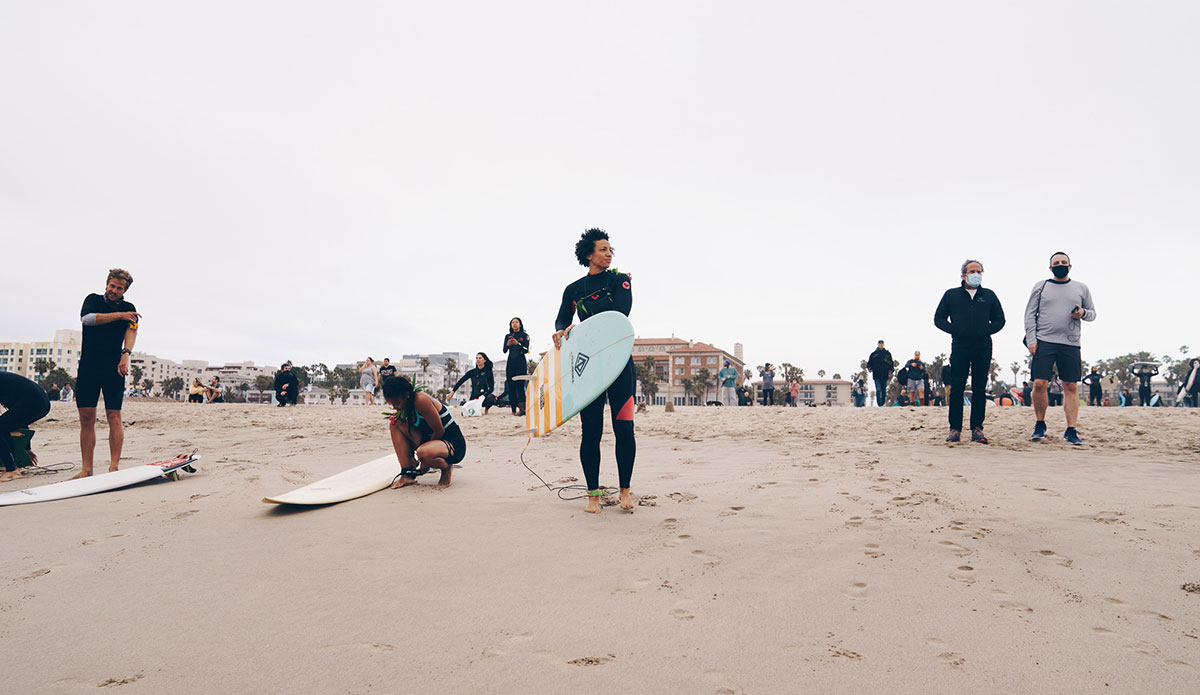 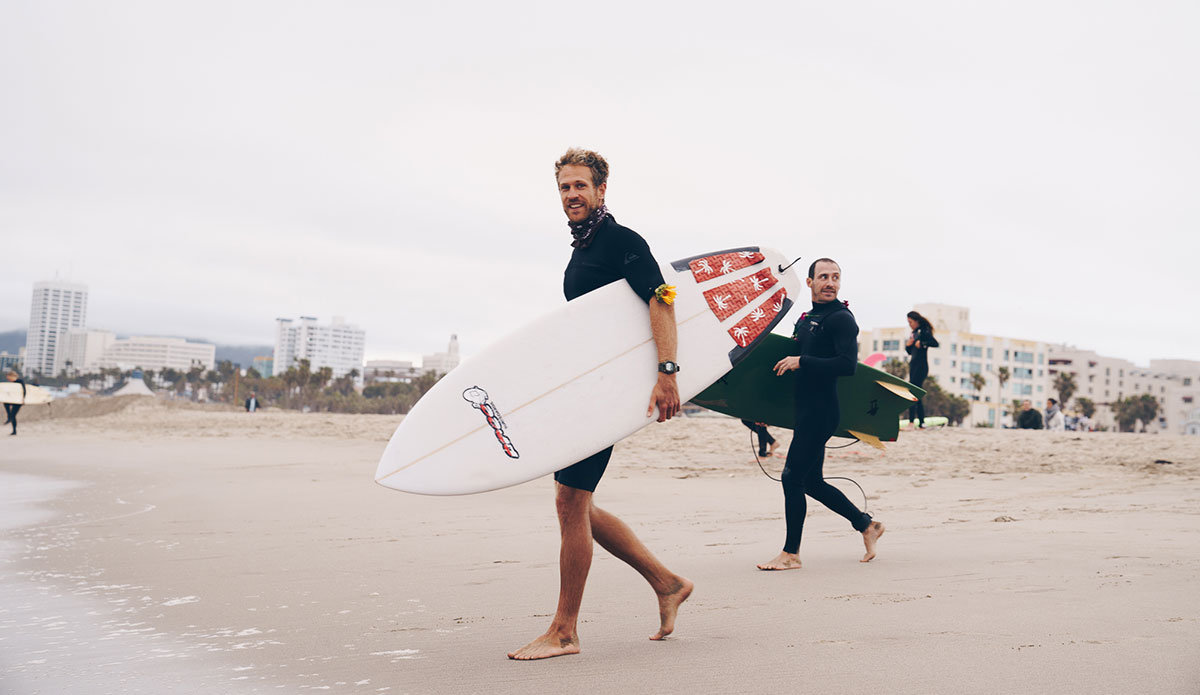 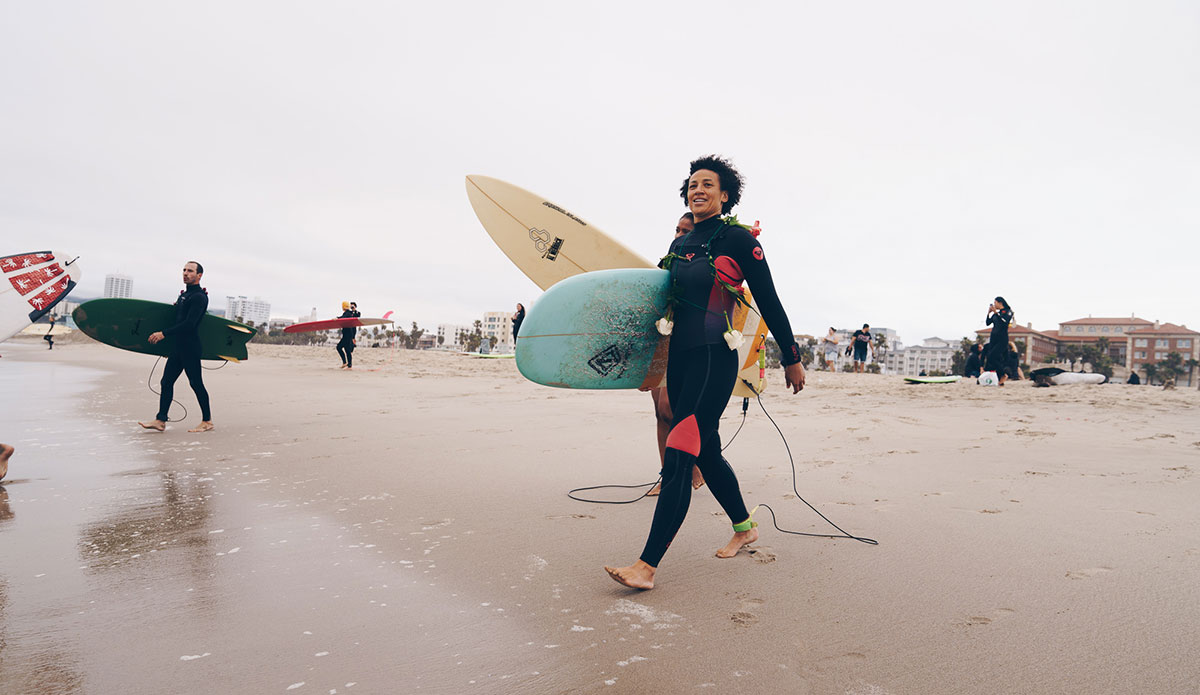 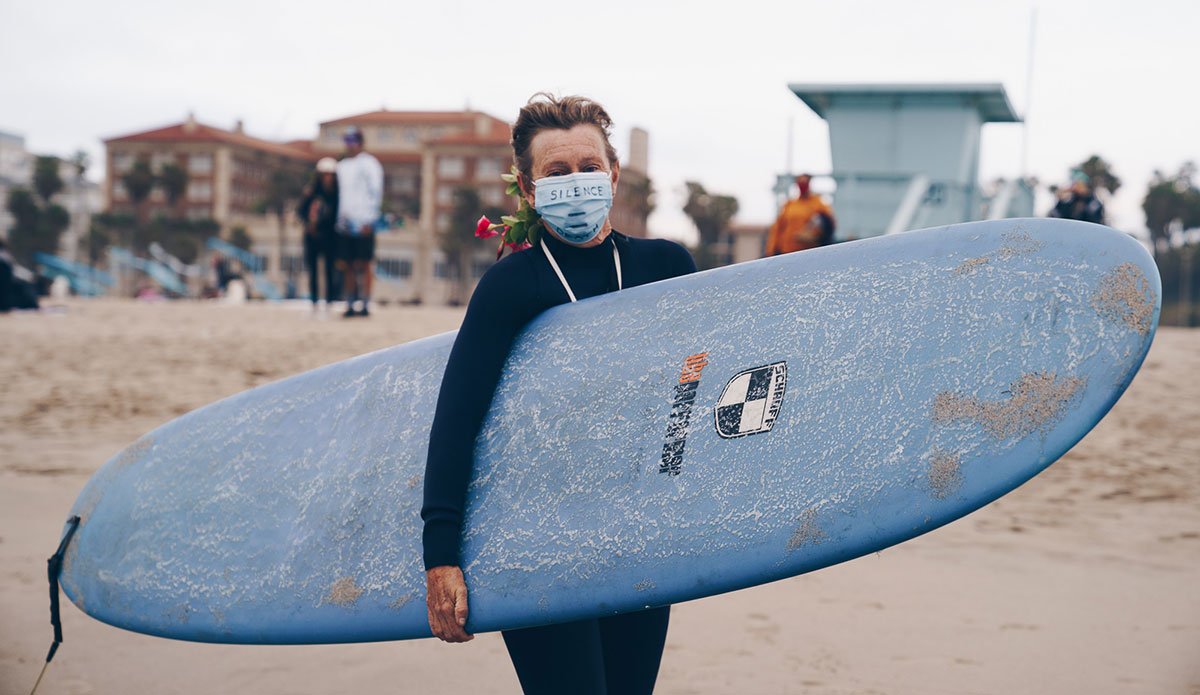 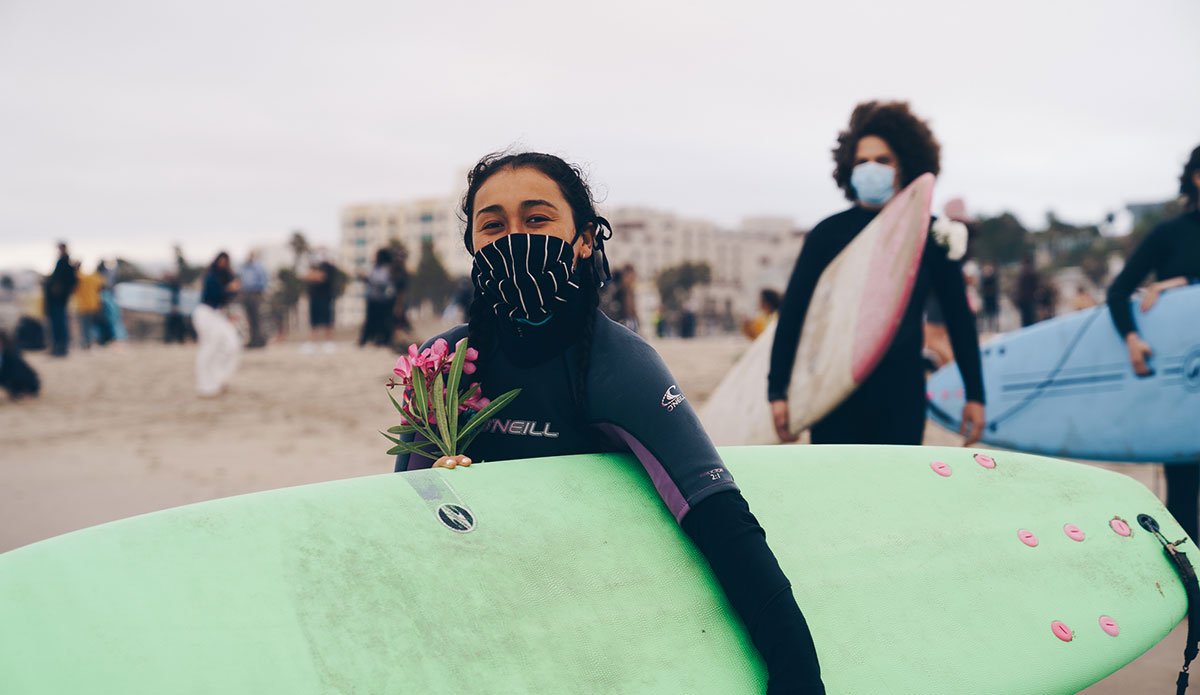 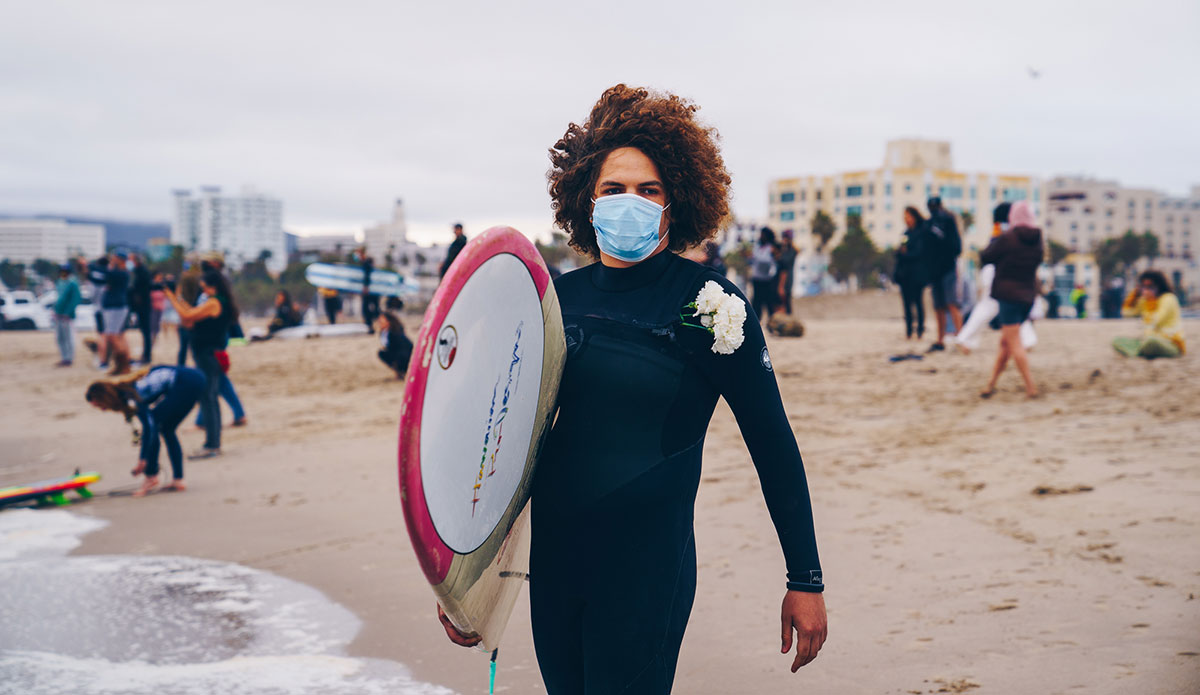 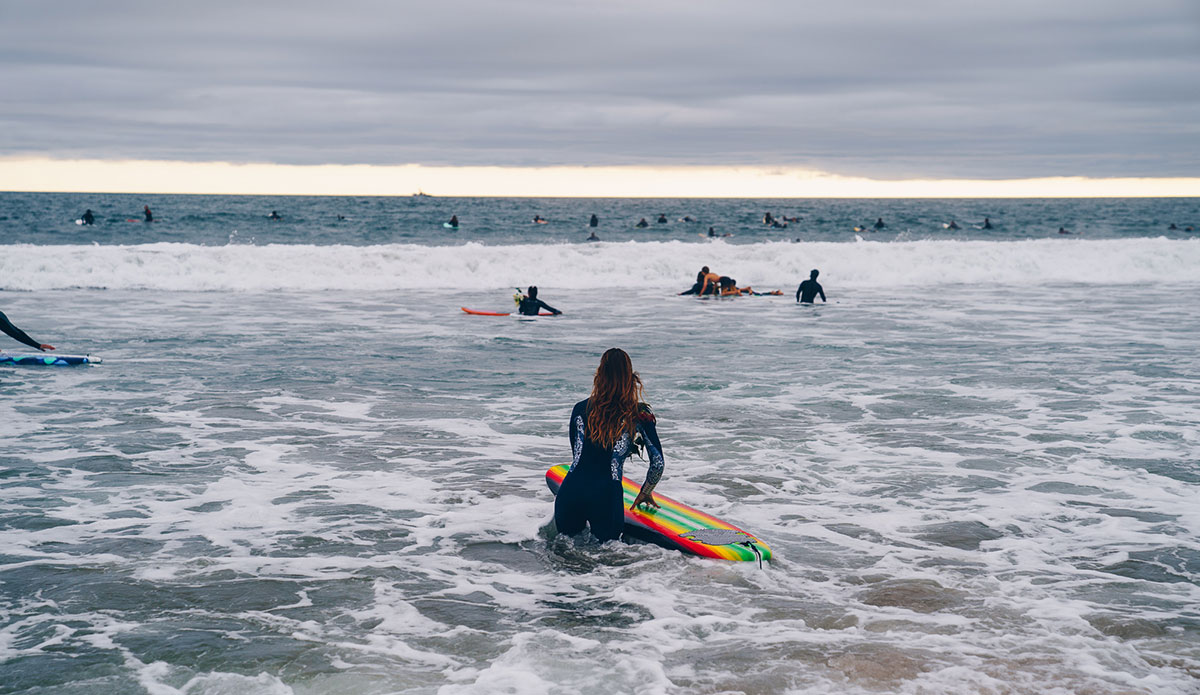 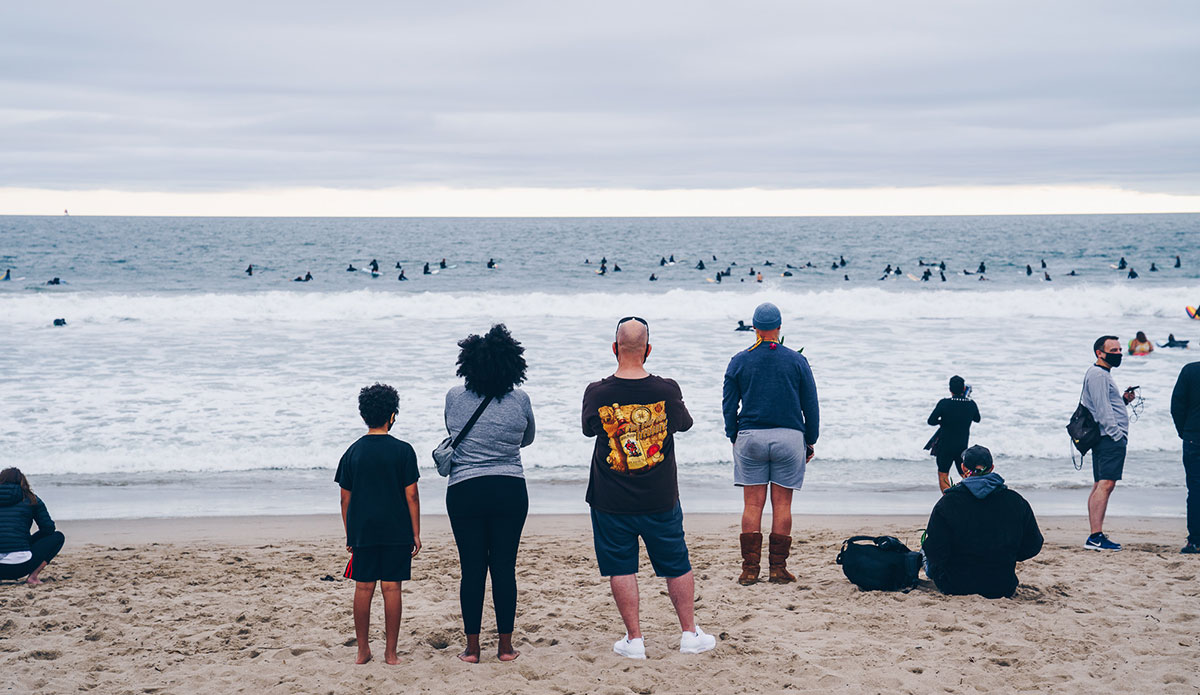 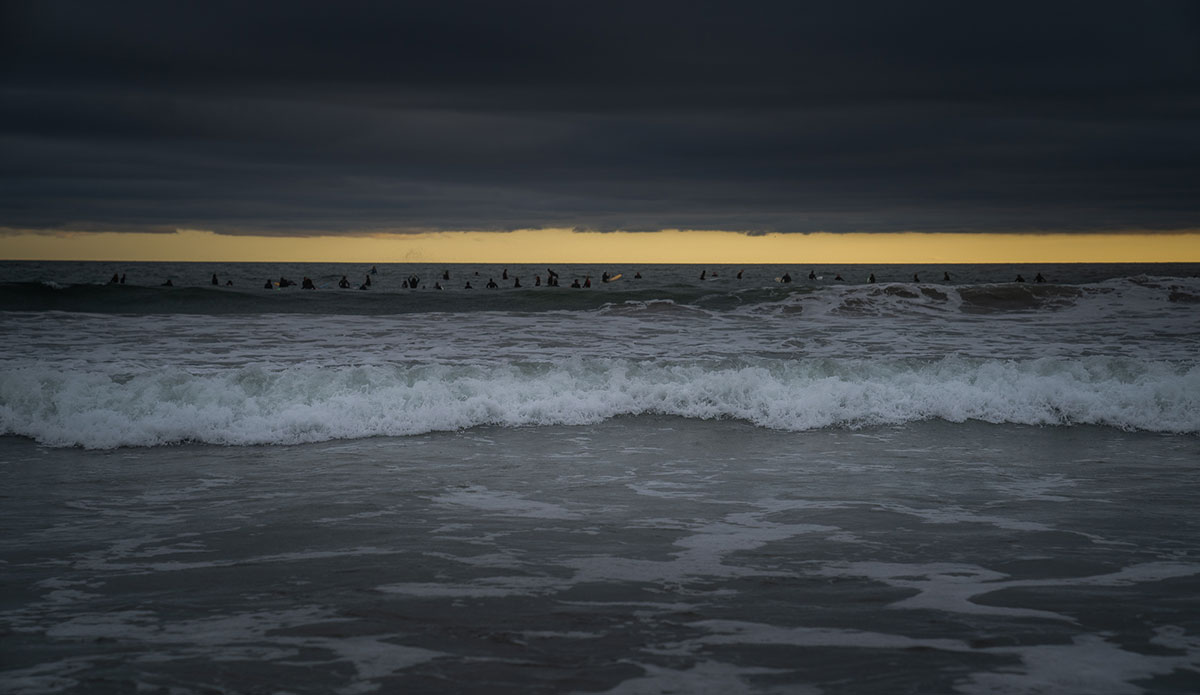 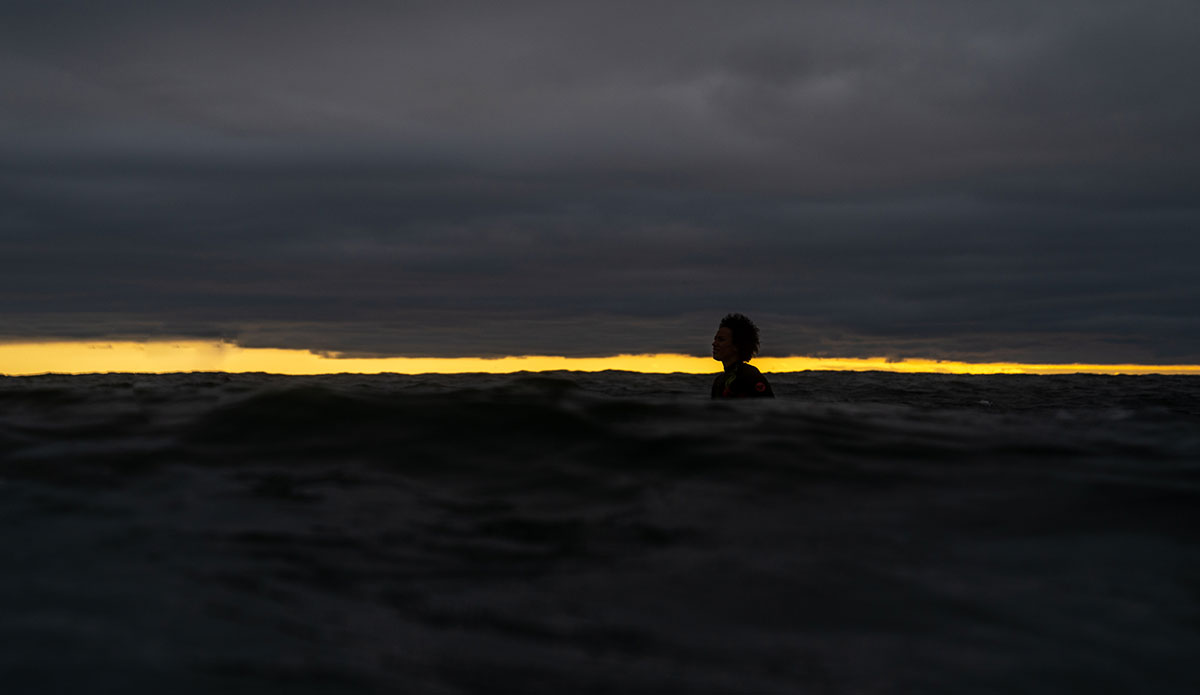 On Friday, May 29, over 100 surfers and allies paddled out in Santa Monica to honor George Floyd. He was killed by a police officer named Derek Chauvin after he was arrested in Minneapolis. For eight minutes and 46 seconds, Chauvin knelt on Floyd’s neck after he was arrested after allegedly purchasing a pack of cigarettes with a counterfeit $20 bill.

Floyd’s death sparked outrage all over the world. “Our oppression has reached its boiling point,” the NAACP wrote. “The uprisings we’re witnessing in Atlanta, Chicago, Dallas, Minneapolis, New York, Washington D.C. and many other cities across the U.S. are a direct consequence of the racism, bigotry, violence, and subjugation against Black people that has festered in this country for far too long. The murder of George Floyd and the subsequent lack of accountability by the police has set into motion what can only be described as a moment of reckoning for our nation’s conscience.”

The paddle out took place at Inkwell Beach, a significant place in the fight for racial justice. It was an informally segregated beach before Jim Crow-era laws were dismantled in 1965 when Lyndon B. Johnson passed the Voting Rights Act. It’s also the place where Nick Gabaldon learned to surf. He regularly paddled 12 miles north from Inkwell Beach to surf Malibu in the 1940s, defying conventions in an America that had institutionally prevented many blacks from accessing the ocean. In 2008, the City of Santa Monica recognized Inkwell and Gabaldon with a monument at Bay Street and Oceanfront Walk.

John Suhar was on hand to document the paddle out. “We all need to take a stand for justice, and show our solidarity with BIPOC,” Suhar wrote. “We must do our best to dismantle systemic racism, and look at ourselves to examine our implicit biases and course-correct immediately… My heart goes out to the family of George Floyd, Ahmaud Arbery, Breonna Taylor, and so many others and the black community for enduring these despicable injustices for far too long. This has to stop.”