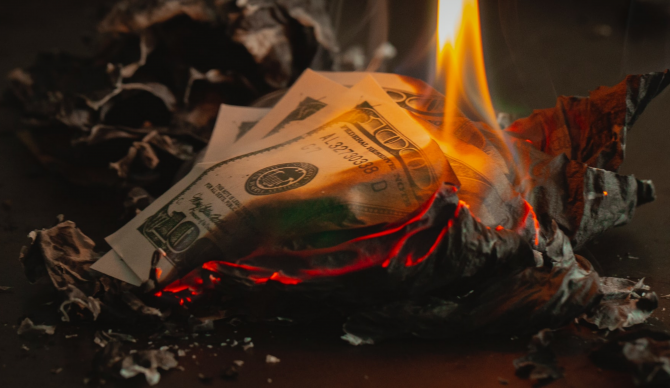 Surfing is experiencing a bit of a boom these days. If the never-ending gripes that crowds ballooned with the COVID-19 pandemic are any indication, more people are doing it. Never mind the fact that the global population itself is pushing eight billion as we speak. More people surfing couldn’t have anything at all to do with the logical, unavoidable fact that more people are also existing? More than any time in history, as a matter of fact. Look it up.

Pushing the snark aside, there are a handful of things changing in the world that are bringing growth to surfing as an industry. Your local shaper probably has proof that those order cards started running low somewhere around June 2020 and things never really slowed down, which is more likely an indication that those of us who were already surfing just started dropping a stimulus check here and a stimulus check there on custom boards…to the tune of some $3.3 billion dollars by 2027. Yes, with a B.

According to ReportLinker, a market research tool used to provide insights to investors, surfboards will represent a little more than $3 billion in global market within the next few years. And the surf industry as a whole will be inching toward $5 billion by 2027. It edges out skateboarding’s $2.4 billion by 2025 by a healthy margin. Winter sports equipment, on the other hand, is valued at $14.3 billion, according to GlobeNewswire (that report did encompass more disciplines).

Of course, these things are all relative. Surfing’s four percent Compound Annual Growth Rate over the 2022-2027 report period isn’t all that impressive. It’s not bad. But it’s not, “Oh my God, everybody surfs now and every lineup on the planet is jam-packed” good. It’s still a slow and steady growth rate. The NFL’s Denver Broncos just went up for sale and slapped a $5 billion price tag on their horrendous uniforms, annoying fanbase, and an overrated new quarterback. The Cosmopolitan of Las Vegas, a single, two-tower hotel on the Strip, just sold for $5.65 billion. Elon Musk offered $44 billion to buy Twitter. If Twitter is worth 10 times more than the surfing industry, I guess it really is all relative.

But if we still want to blame any lineup crowding on COVID, compare the industry’s bottom line to a single company like Peloton, for example. The company expects to report a little less than three-quarters of a billion in revenue in a single quarter. That’s terrible news for Peloton and its shareholders – and that’s after its market cap skyrocketed during lockdowns and is “crashing down to Earth” with a nearly $5 billion market cap now.

So what’s driving surfing’s steady growth, at least in financial terms, now that travel is back in the picture, people have come back to the office, and entire days on the water are fewer and further between?

“The primary factor driving growth is the push by surfing equipment makers, marketers and associations to make surfing much more approachable than it was in past years, as seen through the roll out of public surfing facilities and artificial reefs,” the report says. It also points out things like “growing focus on wellness and fitness,” among other vague explanations, as to where the money’s actually coming from and where it’s going.

Personally, I think at least half that loot comes from airline baggage fees.