Gear We Test: The Best Accessories for Filming Your Surfing with a GoPro

You’ve seen the pros do it: Nathan Florence pulls into a barrel at Pipeline, Mason Ho boosts skyward, J.O.B. narrowly sticks the drop on a nine-foot foamy. And with a GoPro camera somewhere on their bodies, we’re right there with them as the action unfolds. And they make it look effortless.

As I’ve mentioned in previous articles, a GoPro is just about the best and easiest way to get into the water and film yourself, or friends, surfing. But as I’ve recently learned, just because it’s the easiest way doesn’t mean it’s actually easy. Splitting your attention between getting the right angle and staying on your surfboard is a whole new skill, and will take some practice to get comfortable doing. But luckily, GoPro makes some incredible accessories to help you make the most of capturing your surfing – accessories like surfboard mounts and bite mounts that make the process a bit easier by letting you focus on catching waves while the GoPro gets the shot for you. As with any new endeavor, be patient with yourself. Here are some of my favorite GoPro accessories for filming your surfing. 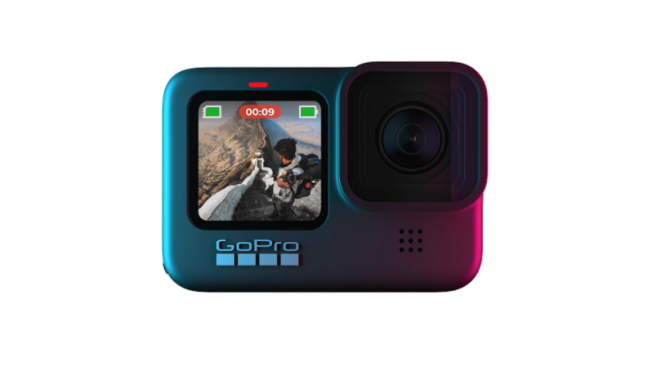 First of all, there’s the GoPro itself. In the past, I had a Hero 4 Silver, and let me tell you, a lot has changed since then, and all for the better. Some differences that stood out to me right away were the front-facing screen, giving you an awesome spot check when filming yourself to make sure everything is in the frame. Not needing a waterproof case is another massive win, reducing a bit of the bulk and making it a ton easier to just hop in the water and film, check clips on land, and then go back out. Battery life has received a major improvement as well, and the clarity and resolution of the shots I’ve been getting have been astonishing.

The functionality and customization now available is another mind blower. From the back touch screen you can access different shooting modes, as well as nifty features such as Horizon Lock and HyperSmooth 3.0 stabilization. And with the GoPro Quik app, viewing and transferring videos and photos has never been easier.

Check out the GoPro Hero 9 on GoPro.com 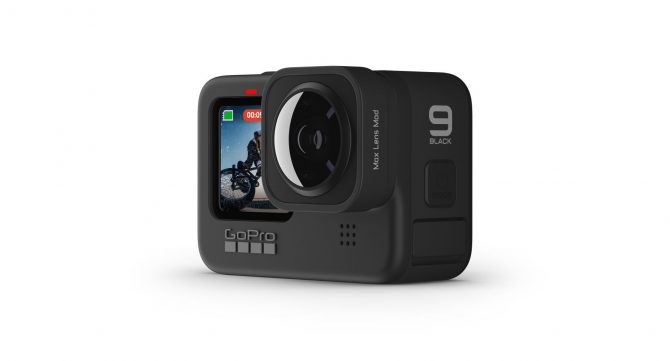 Without a doubt this is a game-changing accessory, giving you the ability to capture a massive 155-degree field of view and unlocking features such as Max HyperSmooth stabilization and Horizon Lock, my favorite feature. HyperSmooth is insane by itself, turning what would be shaky video into a perfectly smooth viewing experience. Horizon Lock adds another level of radness, able to take a full 360-degree rotation without showing any movement whatsoever. Pretty incredible, and it works really well when shooting with The Handler (below), letting you move the GoPro all over the place while still producing perfectly stable, and perfectly level, video. 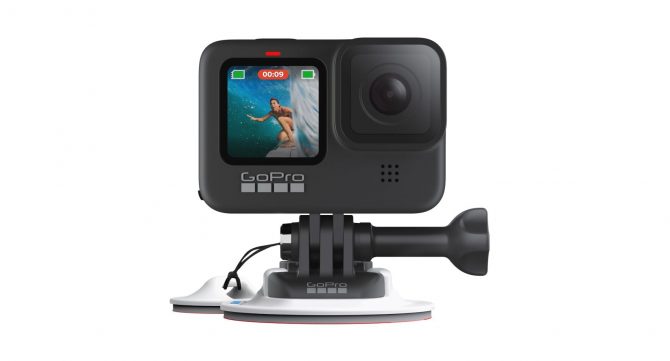 This one is the easiest way to capture your surfing with a GoPro, but will definitely produce the least exciting imagery. The low angle of the camera mounted on (presumably) the front of your board can make the wave that you are riding look a bit flatter than it actually is, and giving your claims that the wave “really was overhead” a bit less credibility. Unless it’s barreling of course. In that case, the front board mount is a great option to capture the look of pure stoke on your face as you get deep in the belly of the beast. It’s also great for longboarding, when wave size matters a bit less, and can give you a pretty cool angle of your fancy footwork as you cross-step to the nose. 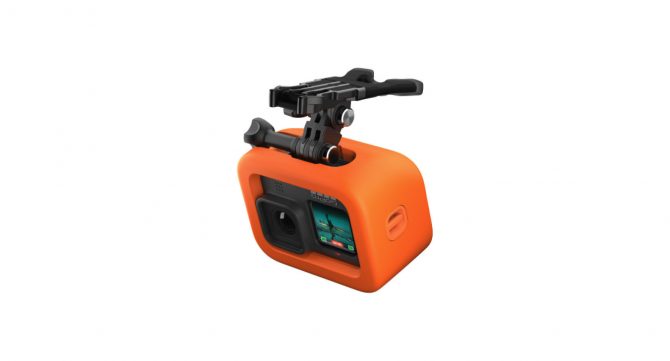 This produces one of the best angles for surf video, putting the viewer right where you are as you’re up and riding. Works great for longboarding, high-performance shortboarding, and barrel riding, though I didn’t get the chance to test that last one during the summer here in California. For proof of concept go check out the majority of Nathan Florence’s big-wave surfing videos on YouTube – he’s mostly running the mouth mount. Pro tips include using a floaty or tether for when you inevitably fumble it, and pulling it out of your mouth as you wipe out. I’ve got some delicate front teeth as a result of a childhood encounter with a table, so I was extra careful to get it out of my mouth before I hit the water, and had no problems. Definitely wear a leash on your board for this one – I tried to get some saucy, unleashed noseride clips with the bite mount and juggling that and my leashless log turned out to be tricky to say the least. 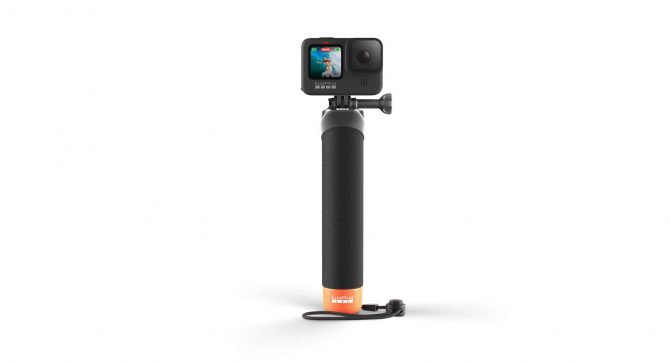 I’m a big fan of The Handler for shooting surfing in most situations and from almost any angle. It’s definitely the most advanced film technique, as you need to split your focus somewhat to make sure you’re getting the shot as well as actually surfing. Another fun application is ditching the board for a pair of swim fins to play the part of surf photographer, giving you the ability to get close to the action and dangle your GoPro out past the lip as a surfer flashes past. The Handler also crosses over very well to land sports. I’ve captured some solid skateboarding videos with it. For a masterclass in using a GoPro with The Handler, check out the clip of Johanne Defay, number four in the video above. Notice how she drops in with the handle in her mouth and then transitions to her hand. Another easy place to store your Handler-mounted GoPro while paddling is the front-zip of your wetsuit, and with a built-in floaty, worries about losing the GoPro are a thing of the past.