In a garage in Laguna Beach in 1978, two dudes decided to break away from the current trend of good vibes and smiling, tanned figures that was surfing in the mid-1900’s and head down a more darker, aggressive path that was at the same time inspired by, and an inspiration for, the punk rock culture of the eighties and nineties. Those two dudes were Michael Tomson and Joel Cooper. The path they headed down was a brand they created known as Gotcha.

It all started with a pair of swim trunks, and quickly grew into a household name for surfers by the mid 1980s. “The bottom line is we created a culture at Gotcha, a culture of adventure and experimentation. We took chances and we made good on them. We were not afraid,” said Michael Tomson. Gotcha soon became synonymous with the surf/skate attitude, a strong rejection of the status quo and a fierce protectiveness of surfing from outside incursion. The partners defined Gotcha as a hard hitter in the space and it quickly became something the core of surfing could relate to at the time – the vibe being “they don’t understand us, because we are different,” or “If you don’t surf, don’t start,” as Gotcha’s most famous slogan went. 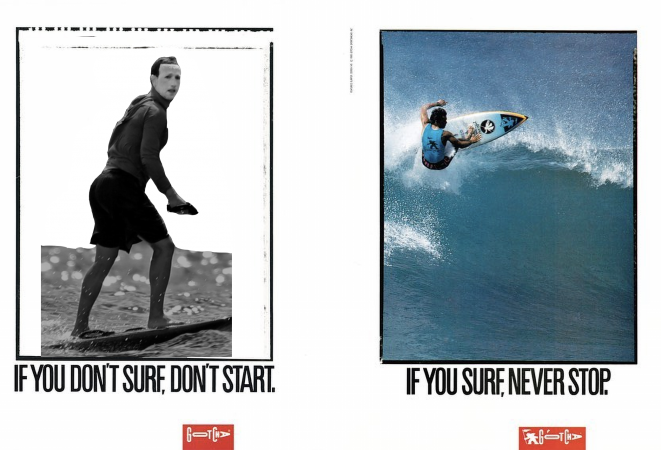 The iconic Gotcha ad, reimagined for the modern day by u/dahwolfpak via Reddit’s r/surfing.

Gotcha quickly became a “risk-taking idea factory,” Kevin O’Sullivan writes in Going Big, the colorful 200-page book on the history of the Gotcha brand. A place where any idea that was bold and crazy was worth going for. “I was always trying to sell the ideology of progress,” Michael Tomson says in Going Big. “People’s lives are steeped in familiarity. They would like something and say, ‘Wow, why don’t you do something like that again?’ Then I’d say, ‘We did that, now we are going to do something new.'”

Soon, Gotcha was seemingly everywhere, and the brand was doing hundreds of millions in sales. “Size is the enemy of cool,” Jim Blewster, Gotcha’s Hawaii rep remembered Michael Tomson saying. And in the end, it was the enemy of Gotcha. Selling to department stores, a logical move when everyone and their mother were wearing Gotcha, ended up eroding the brand’s integrity with core consumers, and proved to be a logistical mess when mainstream culture eventually pivoted away from following surf/skate brands whose “counter-culture” had become the norm, in search of the next new thing. And “when the economy turned and volume dropped, we did not make the correct strategic moves to downsize the company overhead. Pride got in the way,” says Joel Cooper. Gotcha floundered in this new commercialized space it had almost unknowingly created. The brand changed hands several times, with each new owner thinking they had what it took to bring it back to the forefront. They didn’t and eventually the ship went down.

A few attempts have been made over the years to revive the iconic brand, but this one feels different. Older, wiser, and with Michael Tomson’s death in 2020, the new ownership group says it’s more ready to carry on the legacy of what made Gotcha great without scrapping to rebuild the success which once was. I’m told that Gotcha still aims to follow the pattern of progression created during its inception, reject cultural norms, and stay true to the anarchic spirit of the brand. They don’t plan to go as big, but perhaps in doing so, they’ll be around for a longer while.

What follows is a quick Q&A I recently did with Brand Director Jonathan McCabe regarding the re-imagination of Gotcha, and where the brand fits in the world of surf culture today. 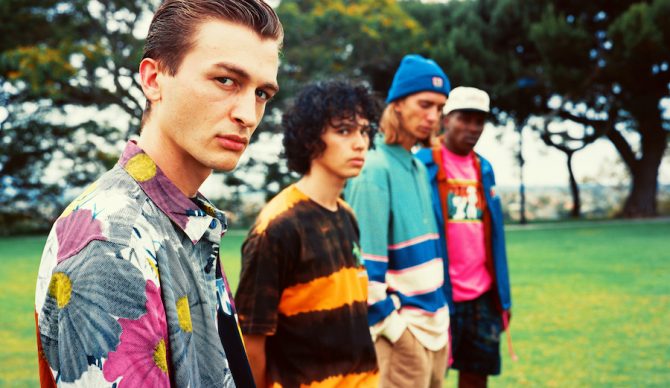 Resurrecting a heritage brand is no easy feat and a lot of entities have made an attempt at bringing Gotcha back. However, Michael Tomson had a specific vision for how he wanted the brand to evolve. Through a joint venture between Perry Ellis International and RP55, we’re afforded the ability to honor his legacy by assembling a team of visionary veterans in the apparel business. We’re acting more as brand stewards to continue Tomson’s vision of Gotcha as a risk-taking idea factory by building a Gotcha for the 2020s that honors his legacy by showing patterns of progression through everything we do. 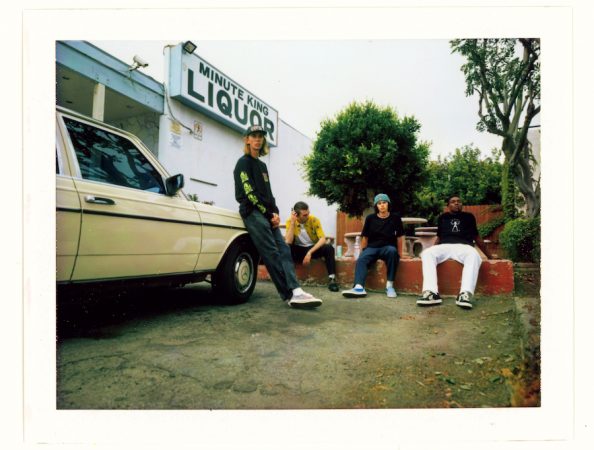 How would you describe the Gotcha look today?

We’re taking a balanced approach to product by leaning on its past and reimagining it for today. MT (Michael Tomson) had a way of always progressing the brand and never wanting to make the same thing twice, a foreign concept for today’s market of building on basics. We are building on the boldness of the brand, the colors and prints, the use of nylons and paneling. You could see this through the initial collab with BrainDead. When Gotcha originally came to market, it entered a pretty stale landscape. We kinda feel like we are re-entering at a similar time.

What is Gotcha going to bring to the surf world by returning?

The athletes that were a part of Gotcha are the stuff of legends. Martin Potter, Brad Gerlach, Gerry Lopez, Derek and Michael Ho, Brock Little, Rob Machado, Sunny Garcia, Matt Archbold and I’m sure I’m missing some. This was the dream team, not to mention the skate side of the roster. Could we ever assemble this type of talent again? NO WAY! These guys were household names well before Social Media Manager was a job title. What we can do is shine a light on these legends and their impact on the culture of surfing. We are also working with a group of people who were part of the magic in the heyday like Mike Funk, as well as developing a new school team of athletes to continue the Gotcha story.

Are there any specific goals for the brand this time around? Any lessons learned from last time?

It reads like a fishing tale, but depending on who you ask, Gotcha went from $0 to $100m, or $200m, or $300m in three years, five years, whatever. I think everyone in this space learned that isn’t sustainable or healthy, or quite honestly even possible. Our goals this time around are pretty simple: celebrate the legacy of those who built the brand from the start, continue the legacy of progressive, bold and unexpected designs and bring Gotcha into a place that MT would be proud of.

Editor’s Note: Gotcha’s latest offerings to surf and skate culture can be found on its website.