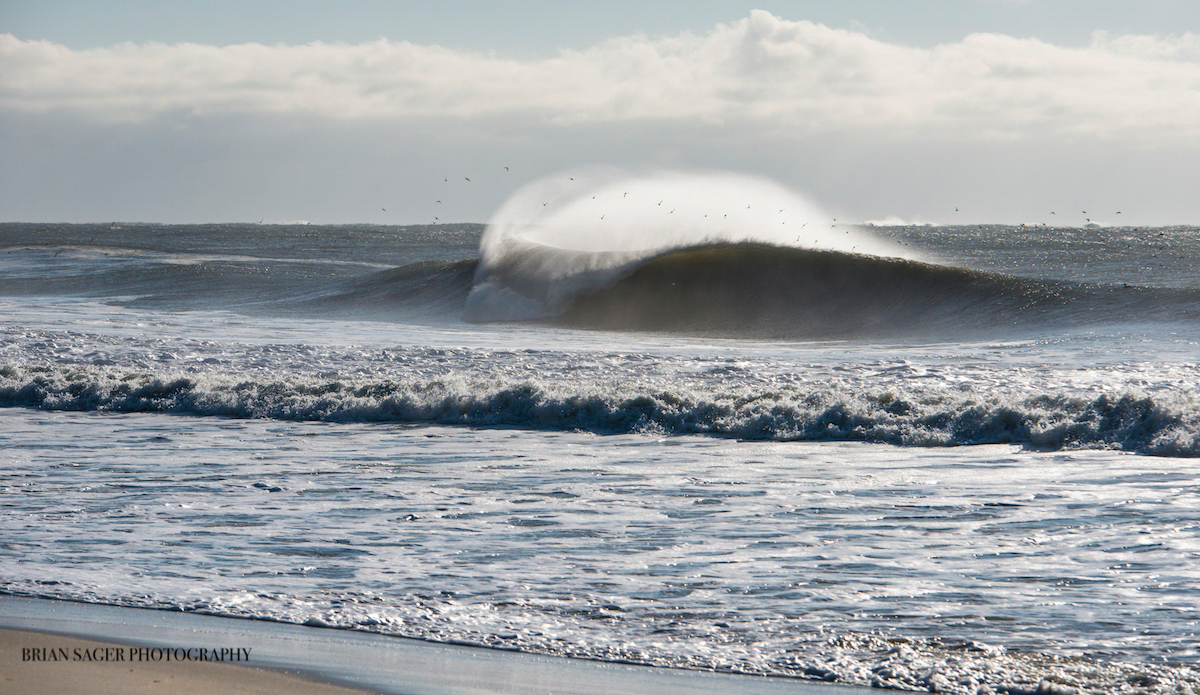 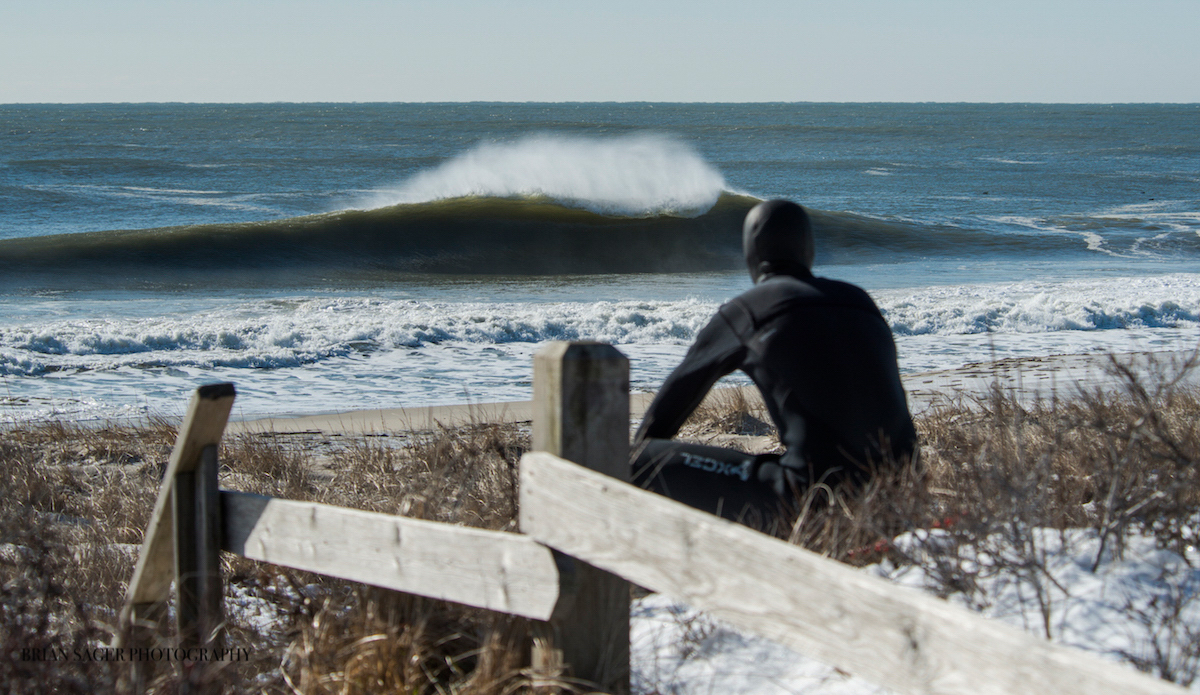 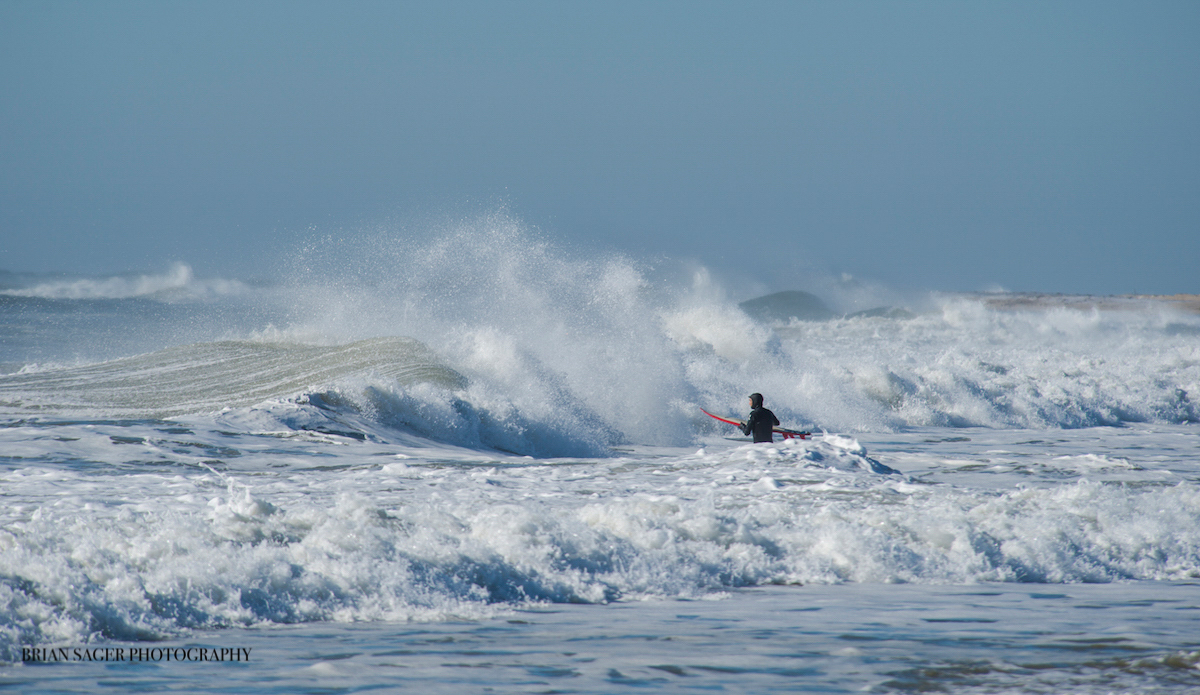 The water temperature was 30 degrees this day. Photo: Brian Sager 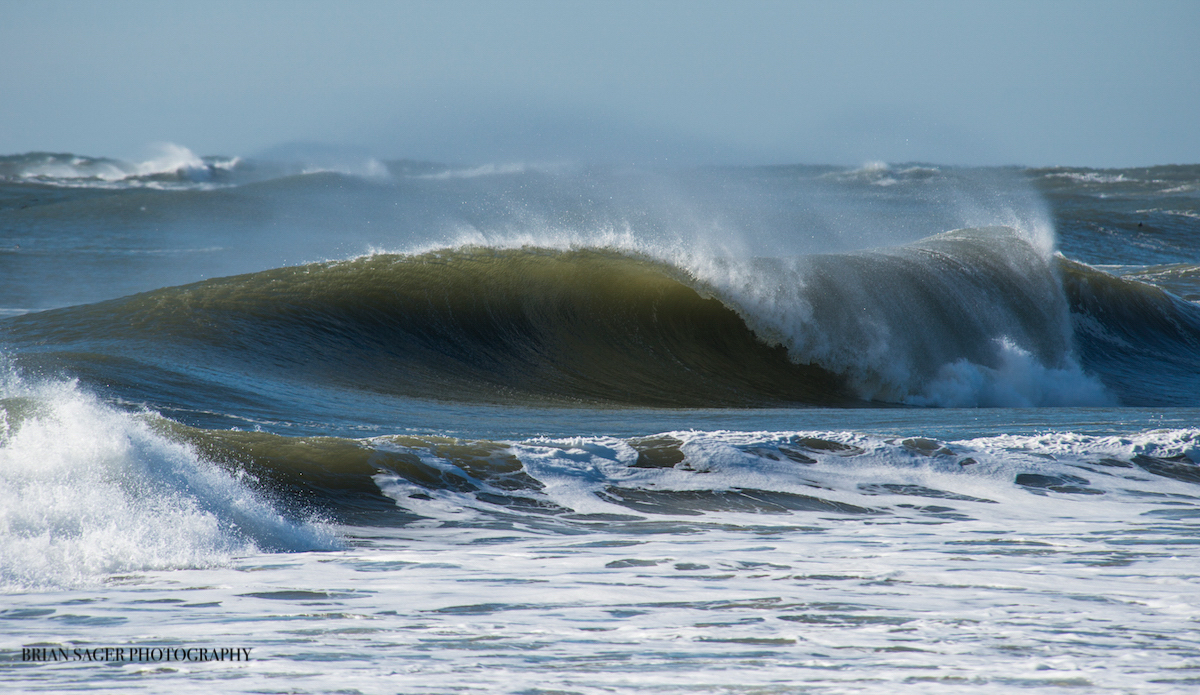 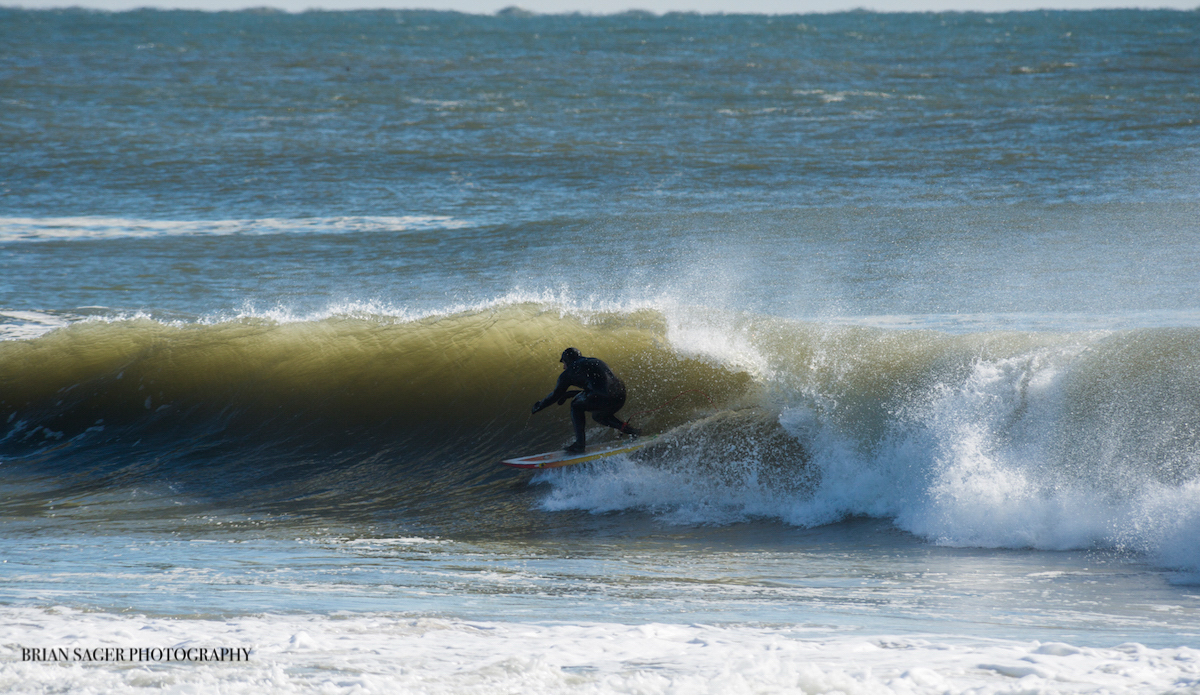 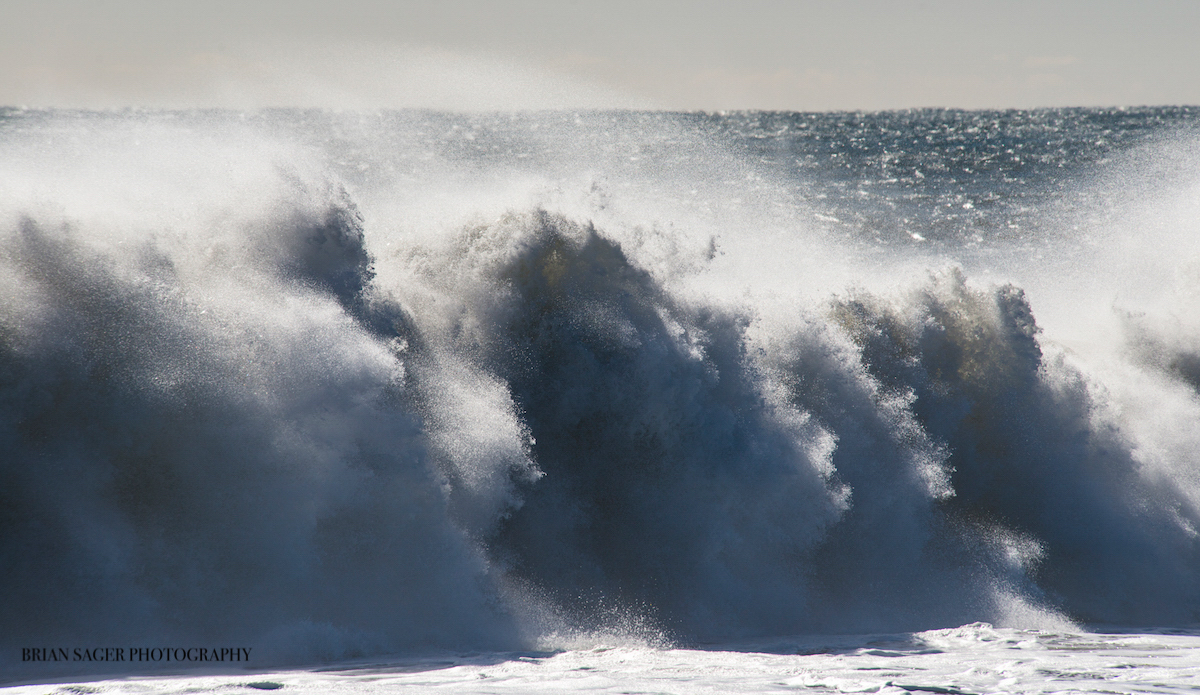 Paddling out can be tough during a big winter swell. With no jetties, points or breakwaters on the south shore, you'll likely be meeting these face to face if you don't time it right. Photo: Brian Sager 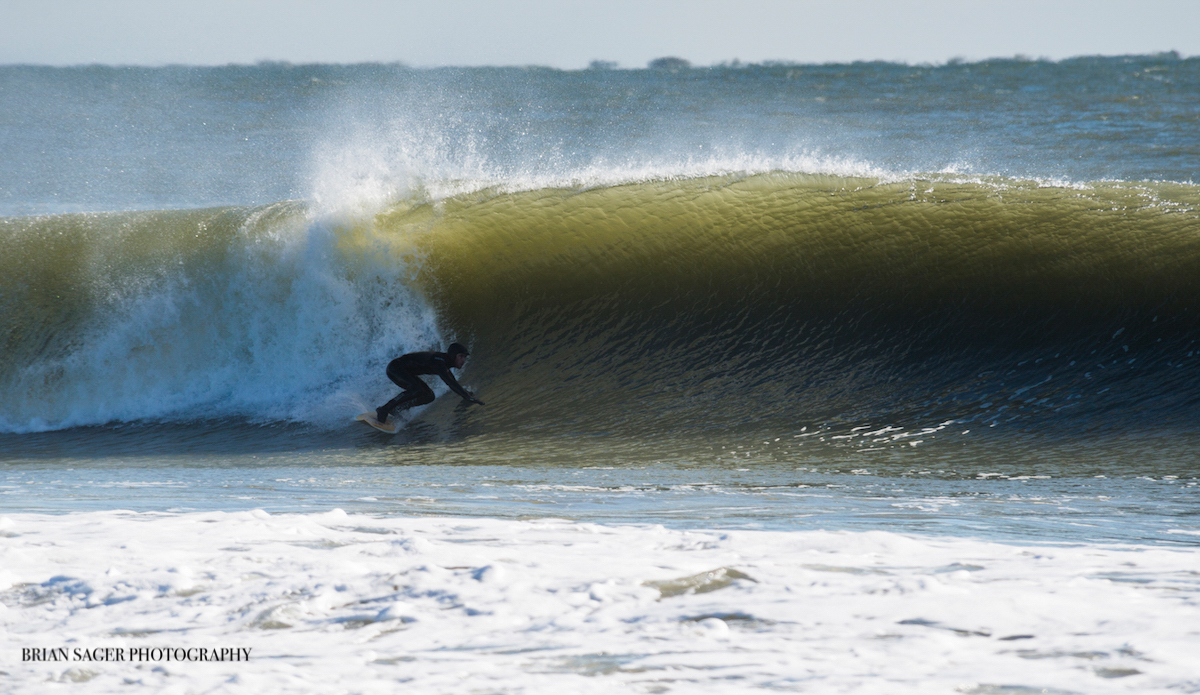 Sean Fitzgibbon, pulling into a cold one. Photo: Brian Sager 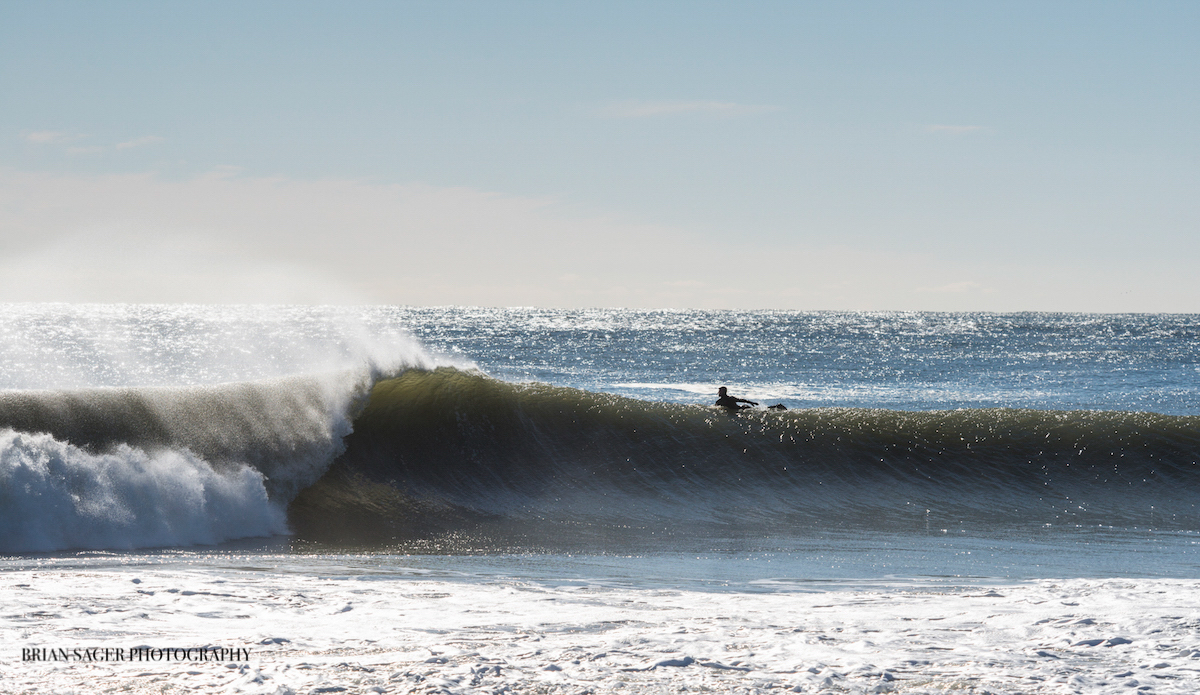 Over the shoulder. Photo: Brian Sager 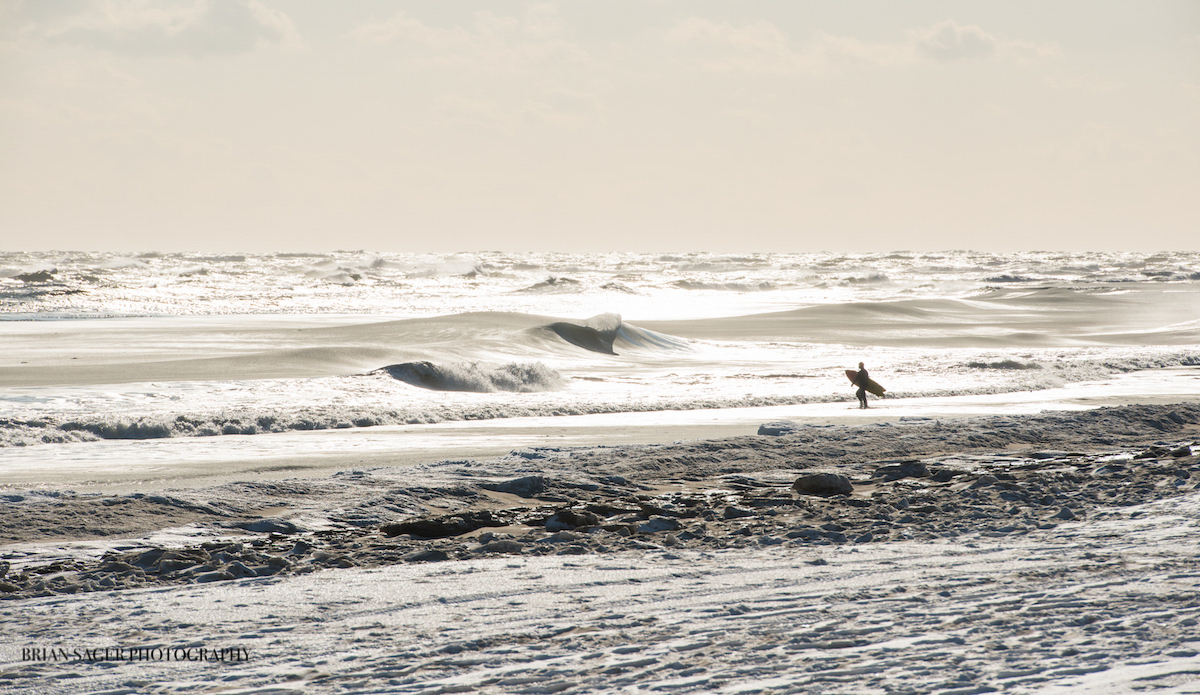 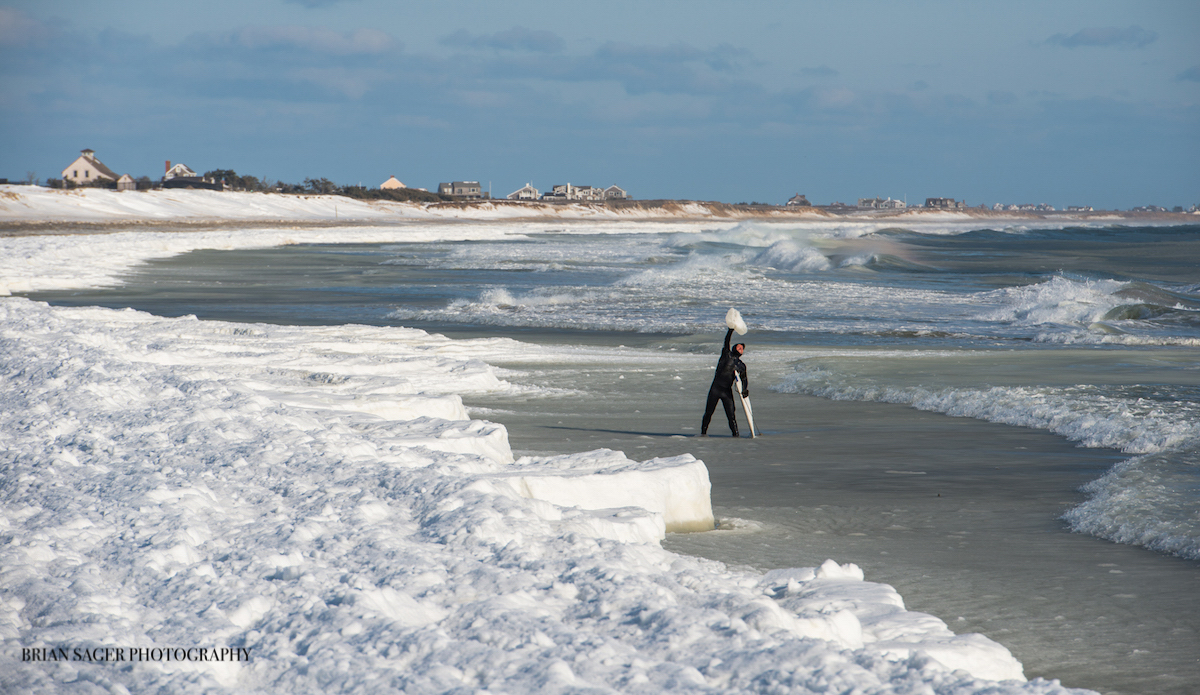 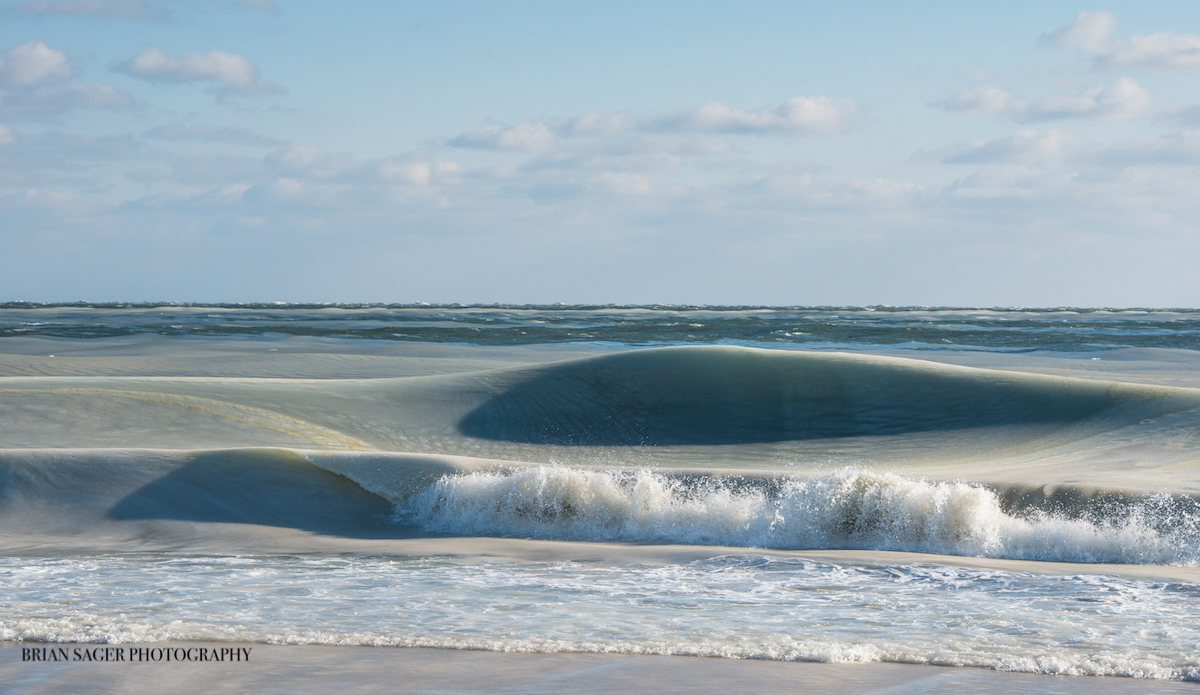 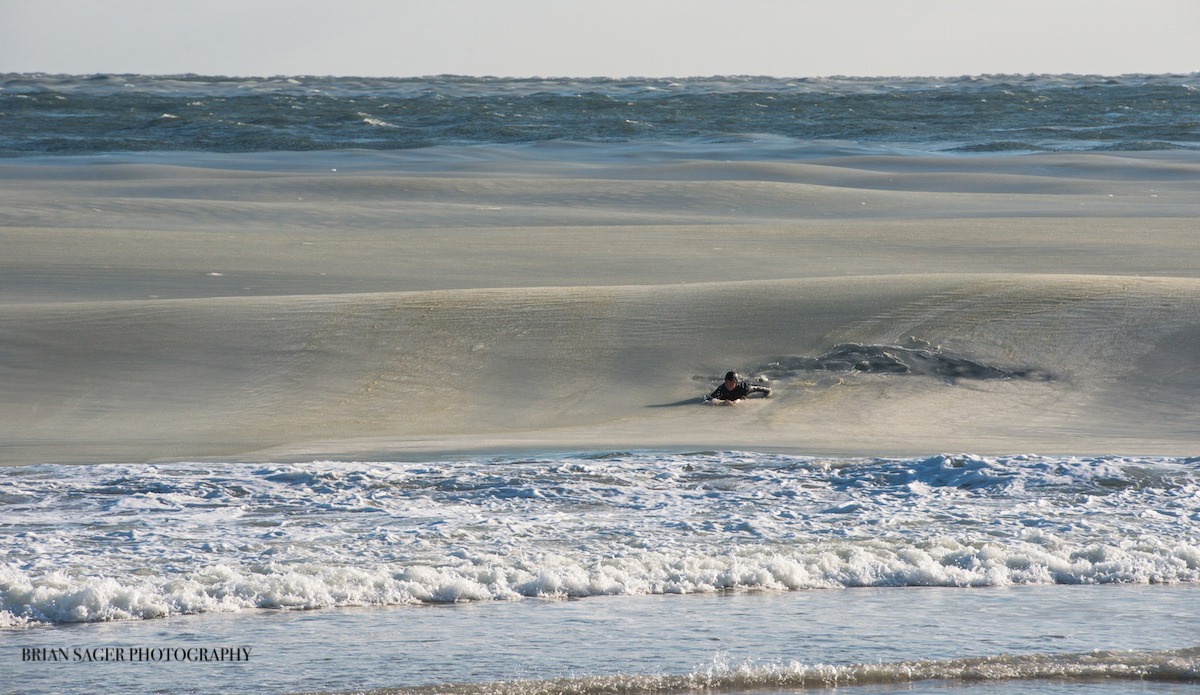 Mark Latter, sliding into a slushy one. Photo: Brian Sager 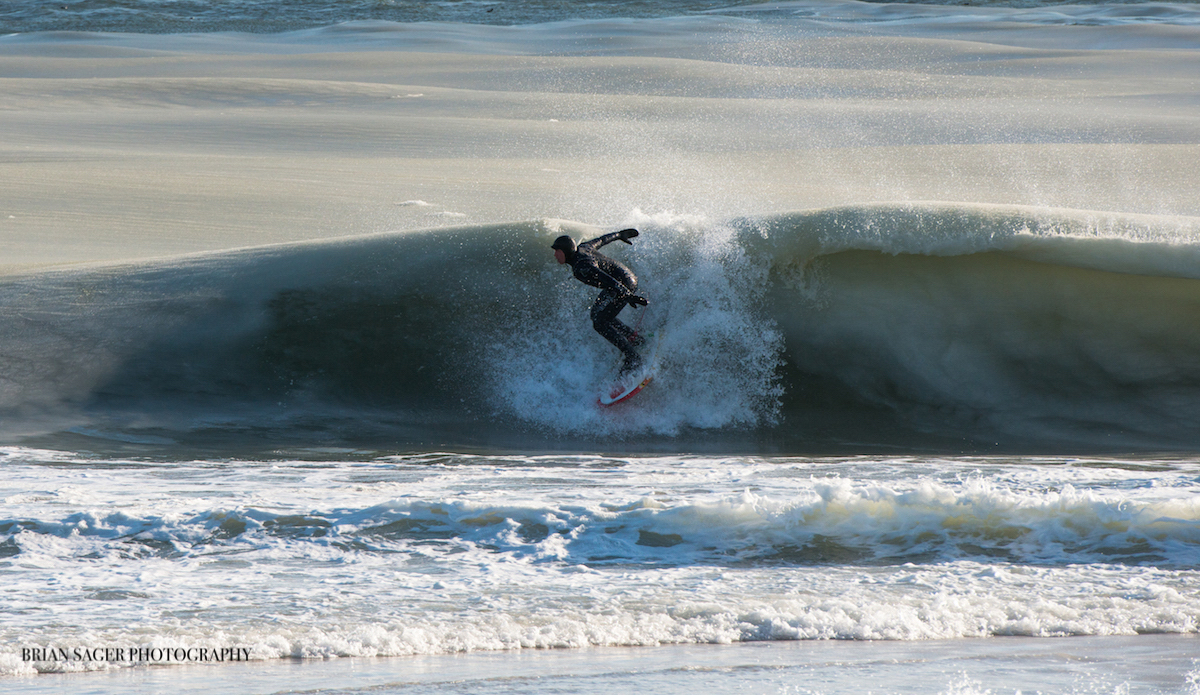 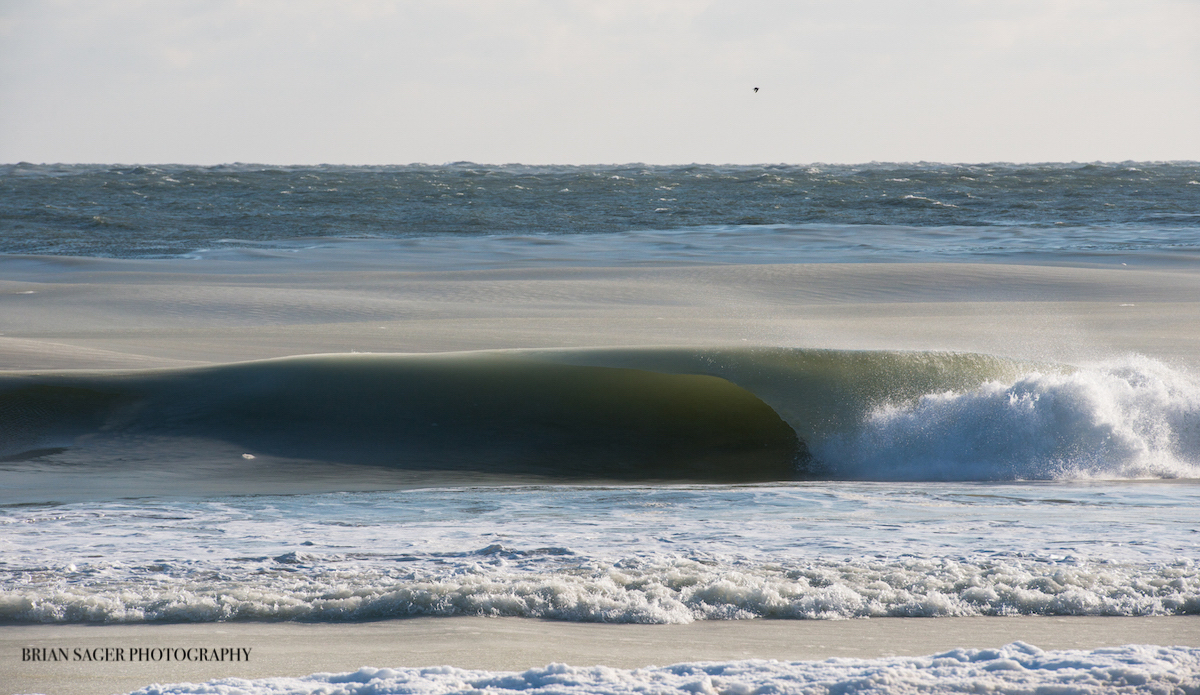 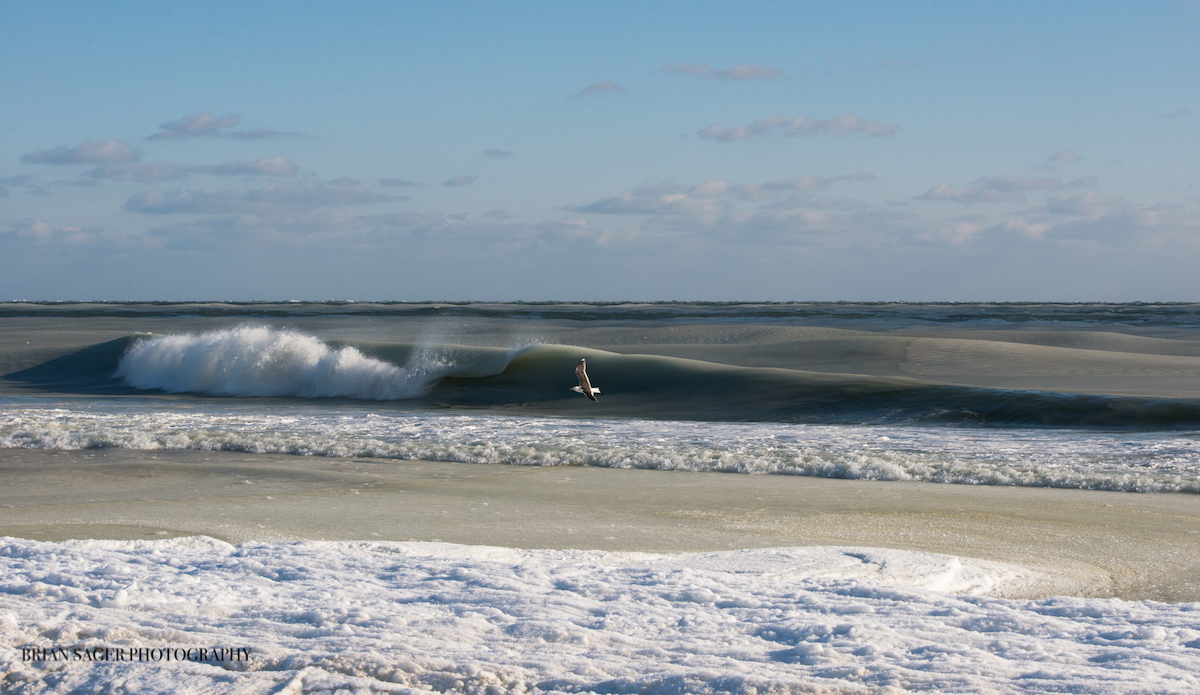 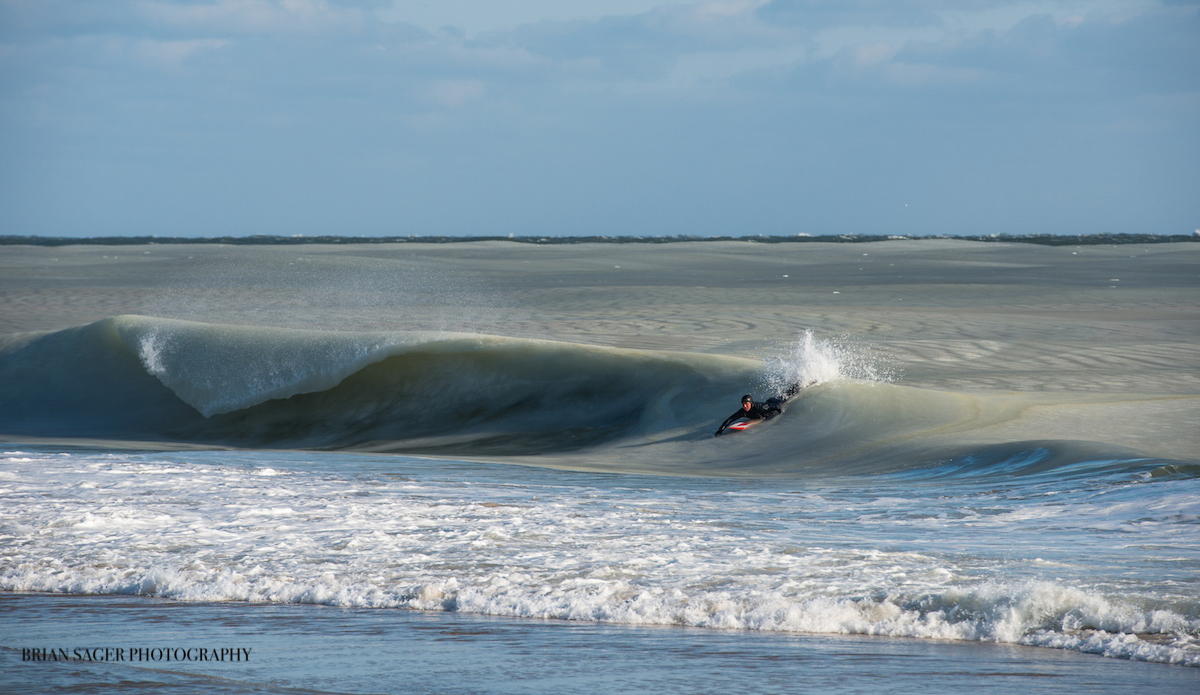 Look at the face of that wave, it's marbled with sleet and ice. Photo: Brian Sager 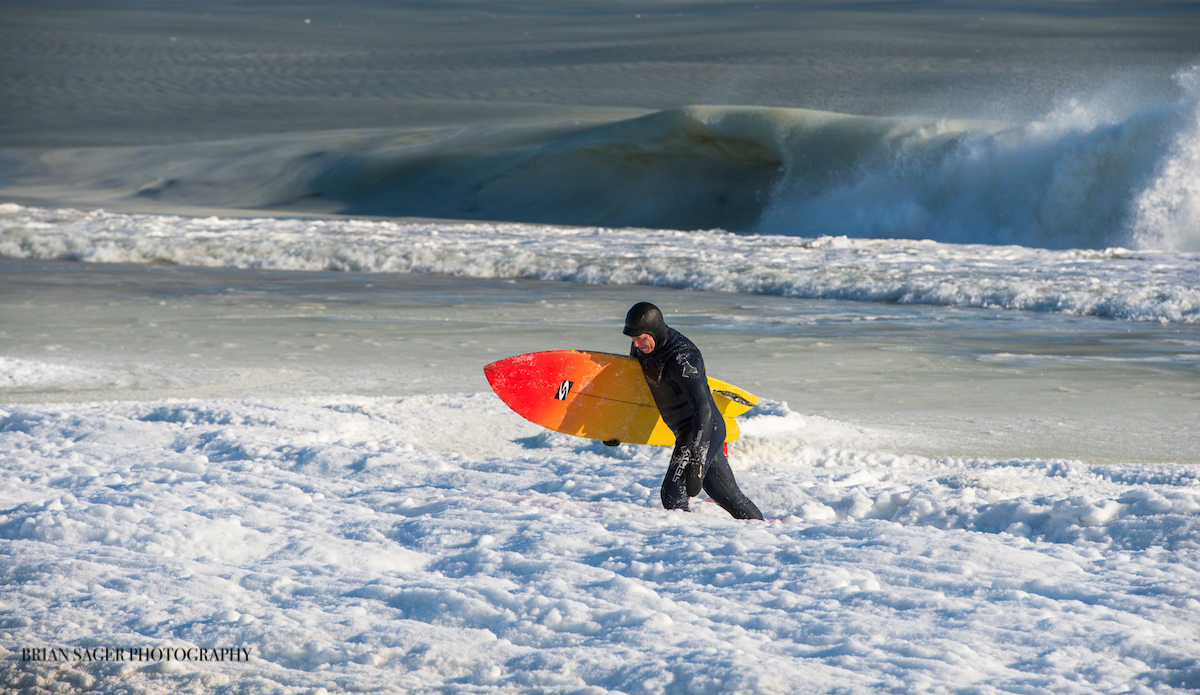 Snow? Can't feel it in a 6mil. Photo: Brian Sager 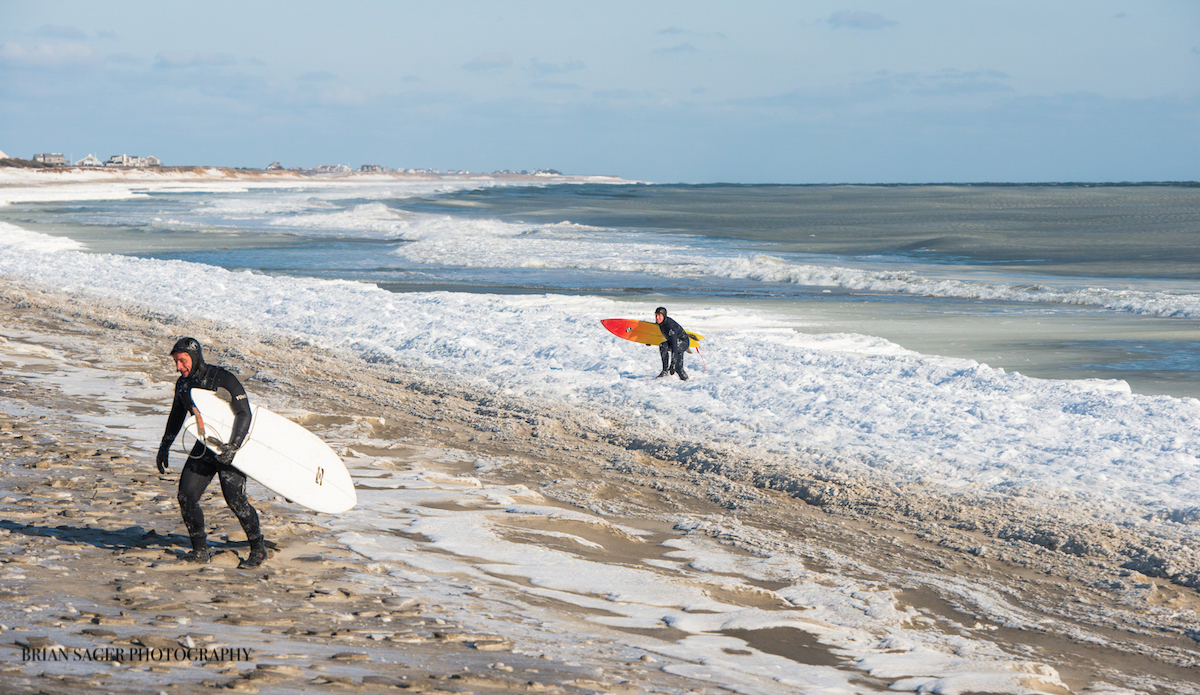 Neal and Mark, post-surf and ready to thaw out. Photo: Brian Sager

Despite being so far out in the ocean, Nantucket experiences periods of inconsistent small surf. However, when conditions do align, it’s on frigid February mornings. This was precisely the case when I drove to the beach to be greeted by head high spitting ice barrels. A quick call to my buddy Joe, and minutes later we were pulling on our 5mm suits. As we watched a large overhead set break well outside, I decided to shoot a few photos from the beach. Per an agreement we have, if Joe goes in alone this time of year, I wear my full suit and booties under my winter snow gear while shooting, so that in the event of an emergency I would not be forced to waste time pulling on my suit.

After two hours of having the beach to ourselves, a handful of the island winter surf crew arrived. Undeterred by a 10°F air temperature, 25 mph winds, and 30°F water, the guys enjoyed some great barrels along with a few heavy wipeouts. It’s safe to say that everyone returned home with smiles practically frozen on their faces.

The week before these shots were taken, the entire United States experienced some degree of the cold weather, which New Englanders endured all winter. After a trip off-island, I returned on the ferry and was greeted by a nearly frozen harbor. I immediately went to check the waves on our south shore and found that the -10 °F air  and 30 °F ocean had created a layer of slushy ice extending a hundred feet offshore.

Mark and Neil, two local surfers, were also at the beach and preparing to go catch a few of the perfectly shaped waves. Wearing 6/5mm full hooded wetsuits, they made their way through waist deep snow drifts, army crawled over a quicksand-like layer of frozen sand and foam, and paddled out to the waves. After catching a few rides and taking a couple icy waves on the head, Mark came out and explain that while sitting and waiting for waves he could hear and feel every vibration made by the creaking and groaning ice layer. Mark compared trying to paddle in the ice, to paddling through sand and noted that the ice layer had a dampening effect on the swell, causing the waves to break in slow motion while also cleaning up the waves despite strong sideshore winds.