Hawaii Has a Plan to Reopen for Tourism, But Health Officials Are Sounding the Alarm 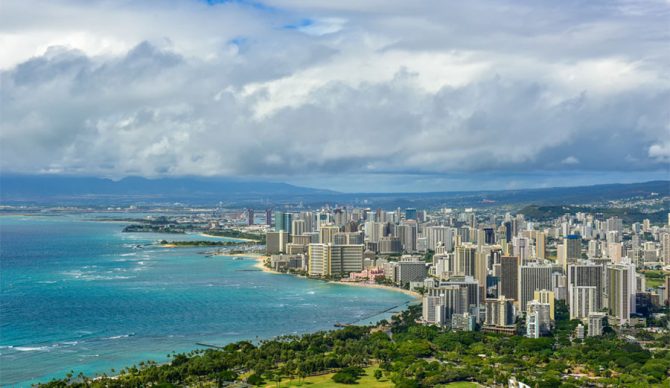 After seven months of some of the strictest quarantine laws in the world, the state of Hawaii has finally made plans to reopen for tourism, giving the massively tourism-dependent economy a much-needed boost. Many Hawaiian mayors and community leaders, however, have pushed back against this plan. The question many of us surfers on the mainland are wondering is how strict will the new measures be?

Currently, the entire state of Hawaii has a 14-day mandatory quarantine for incoming visitors. Whether you are a resident of Hawaii, or just trying to score some waves (and regardless of how many negative COVID-19 tests you might have received) you must stay indoors and in one location for 14 days before enjoying all the outdoors beauty (and waves) that Hawaii has to offer. And these quarantine laws have been strictly enforced.

Desperate to strike the right balance between safe enough for residents and enticing enough for tourists, Hawaiian Governor David Ige has announced that beginning October 15th, travelers to Hawaii can bypass the 14-day quarantine with a negative COVID-19 test up to 72 hours before arriving. In terms of economic impact, Hawaii has been one of the hardest-hit states in the US. Around 25 percent of the labor force is unemployed and reopening has been pushed back twice in the past six months. But not everyone is happy with Ige’s plan to kickstart the tourist economy again, and some of them have an idea that they think is better. In an open letter to Governor Ige, state legislators cited scientific worries that “the 72-hr pre-test and on-arrival temperature screening will not provide adequate vetting of infected travelers and will catch less than 60 percent of travelers to our islands… if a resident caught this virus three days prior to the test, it has an almost 100 percent chance of being a false negative.”

They are arguing for a multi-test system, where travelers would be subject to a six-day quarantine upon arriving and be allowed to leave with a negative test result from an on-island test on day six. As an alternative, less intense option, they request that secondary tests be administered upon arrival to the islands.

In support of Governor Ige, Lieutenant Governor Josh Green strongly disagrees with the six-day quarantine and two-test program, arguing that it will turn visitors away. He claims that on average, Hawaiian visitors spend seven to eight days on the islands. “If they test positive on the fourth day, what happens?” he asked. “They have to stay here and quarantine for two weeks, with all of their family who are close contacts in a hotel at their own expense. Do you think that they’re going to agree to that?” Furthermore, he stated that the state simply doesn’t have the number of tests required to do such secondary testing, and that the tests they do have should be reserved for residents, first responders, and containing outbreaks.

No matter which way the decision goes, the news for those of us on the mainland who have been praying for a solution that will make winter at the North Shore a reality is good. For the dedicated surfer who was almost-but-not-quite willing to while away 14 days of their life to reach the pearly gates of Pipeline, whether it’s one COVID-19 test or two tests and six days indoors, either option probably sounds like a mere trifle.