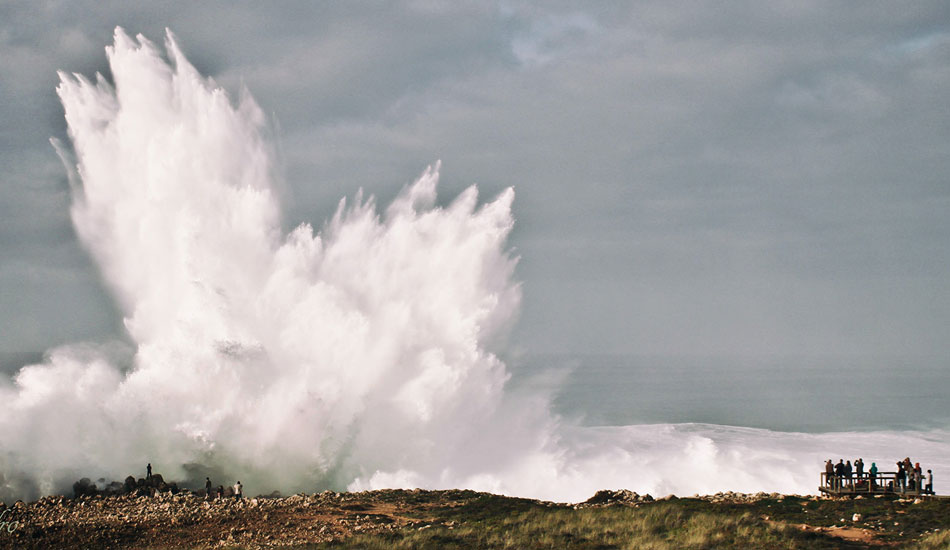 Hercules arrived at the southwest coast of Portugal with a bang. Photo: Andre Rapala 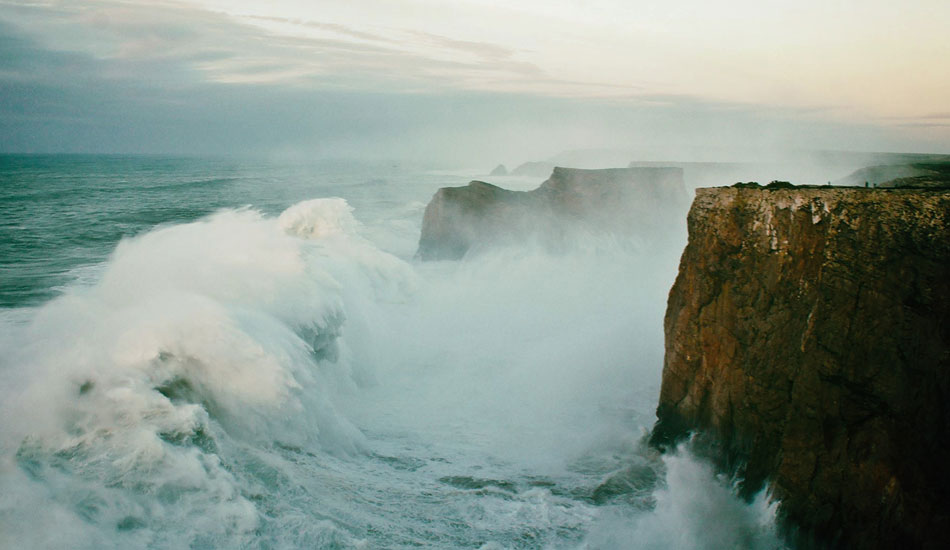 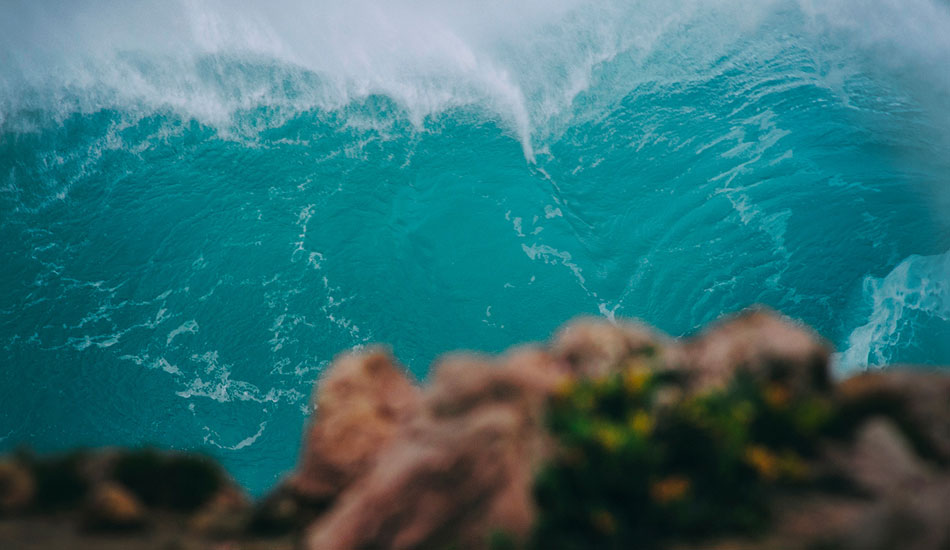 It was big, but still reasonably normal in the morning. Photo: Joao Bracourt. 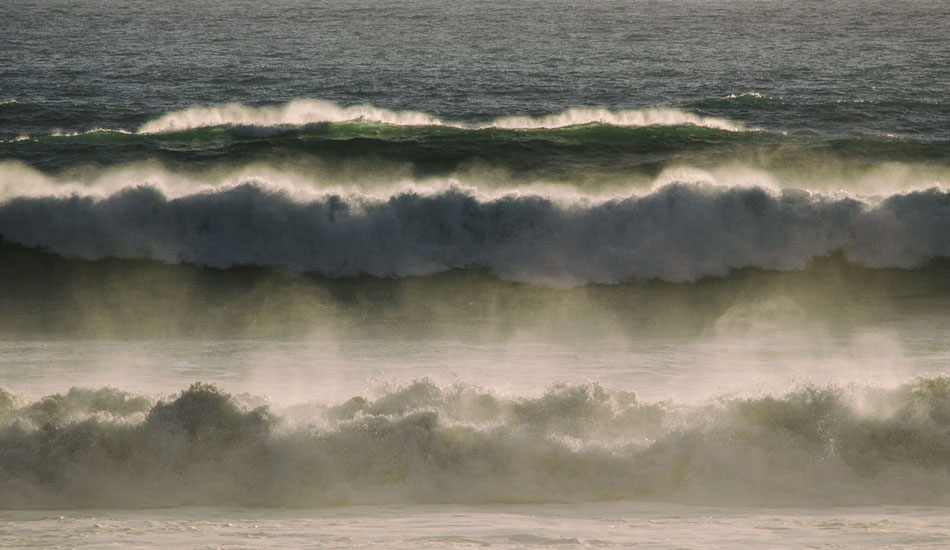 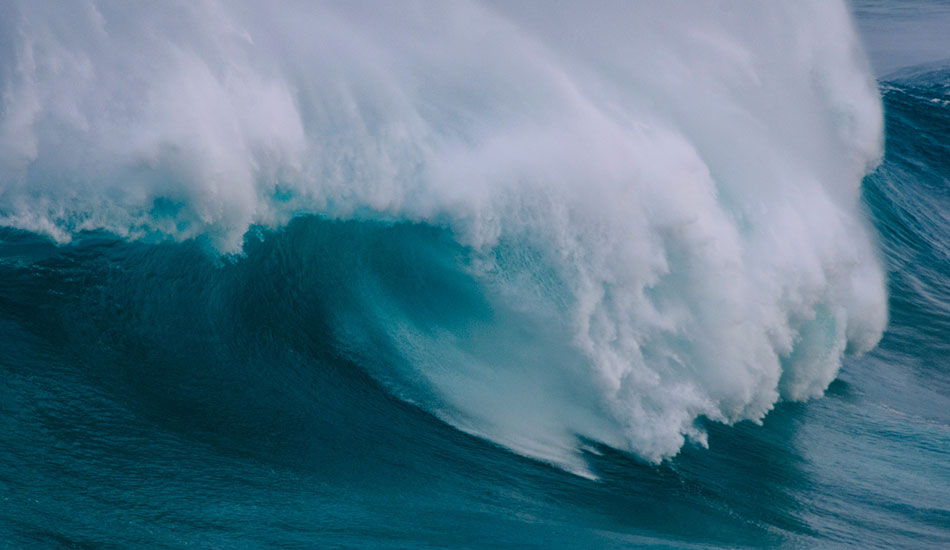 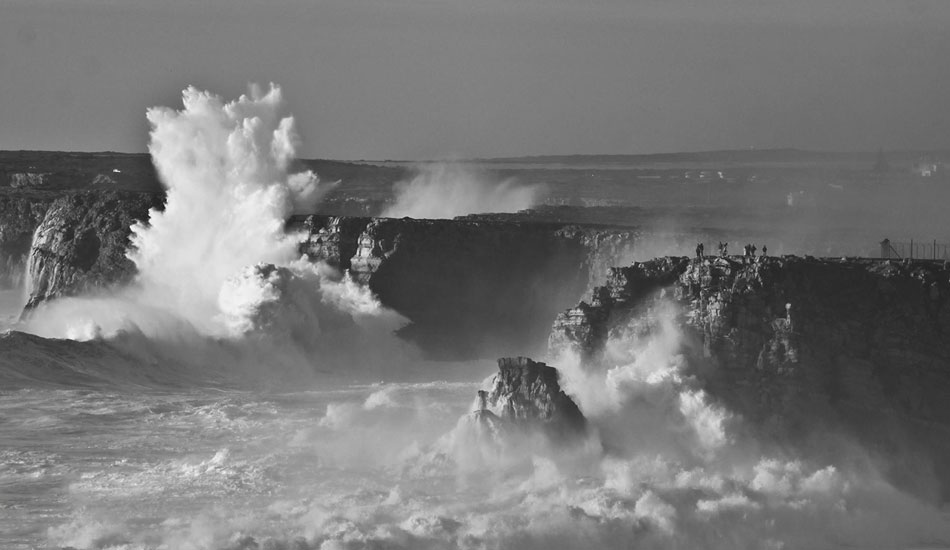 Stay away from those cliffs! Photo: Andre Rapala 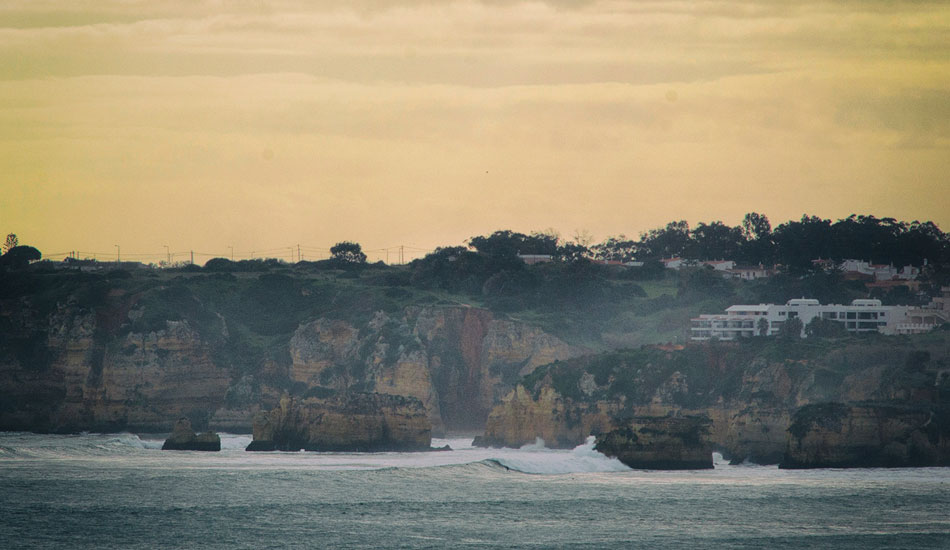 The start of one long ride. Photo: Joao Bracourt. 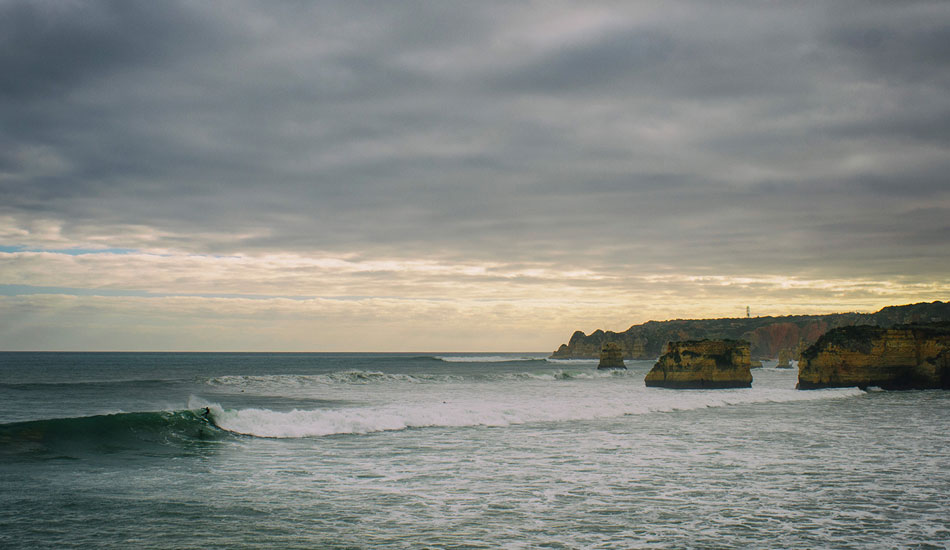 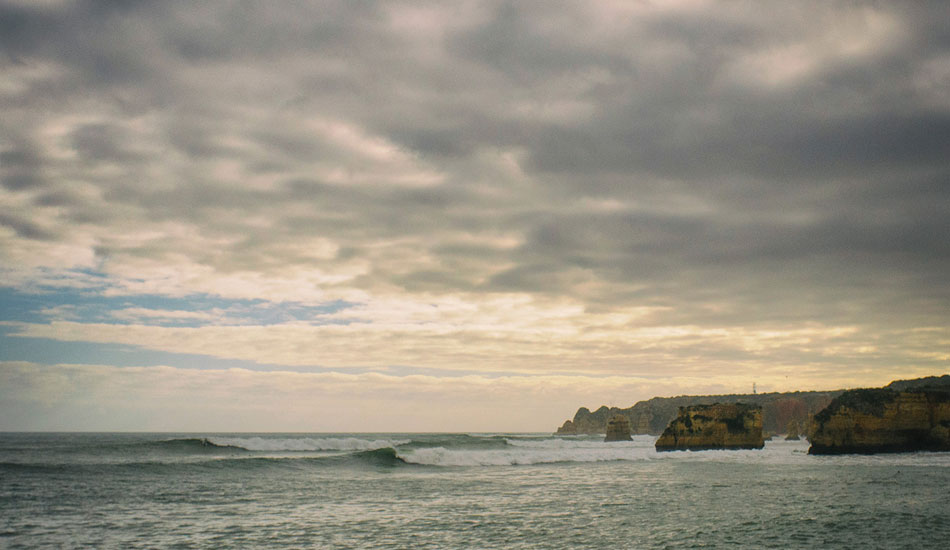 As the swell increased, a few eight-footers marched through. Photo: Joao Bracourt. 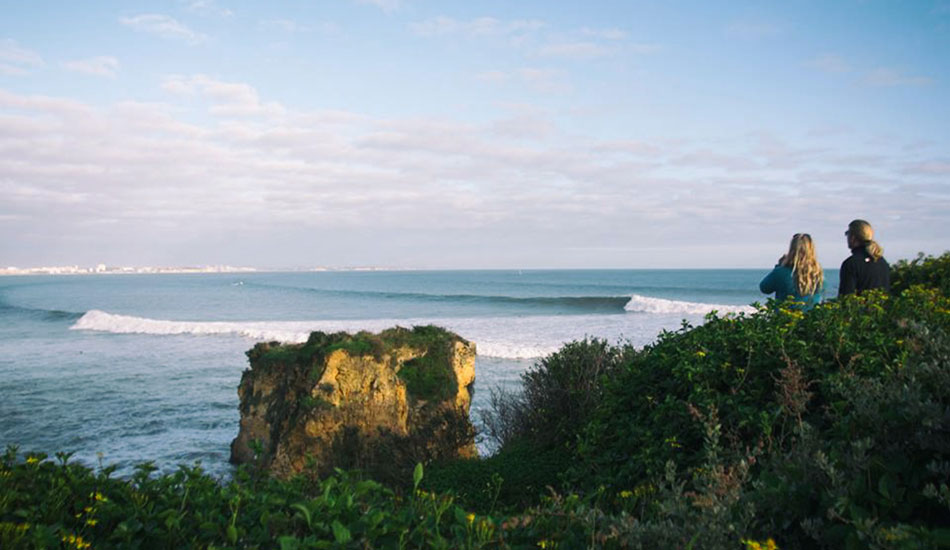 Since it faces east, this place almost never gets waves. Thank you, Hercules. Photo: Joao Cabrita 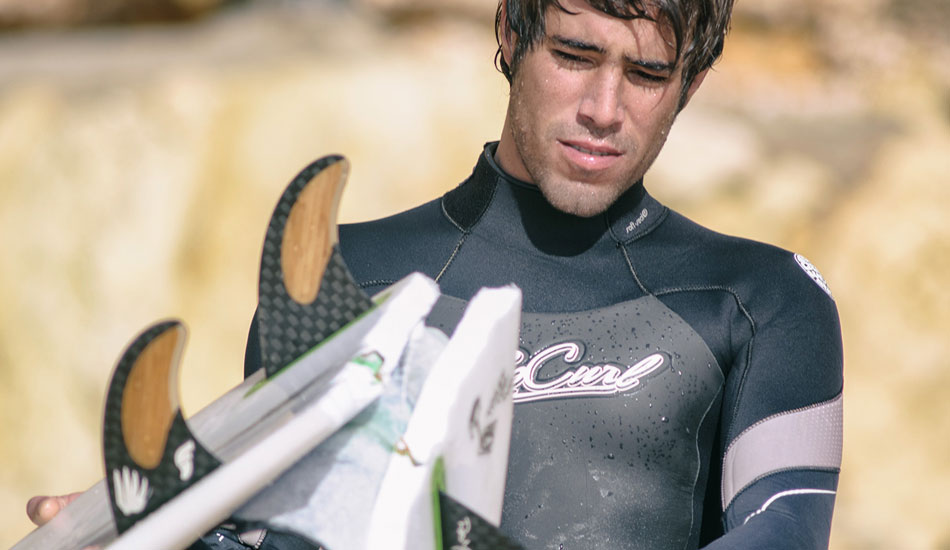 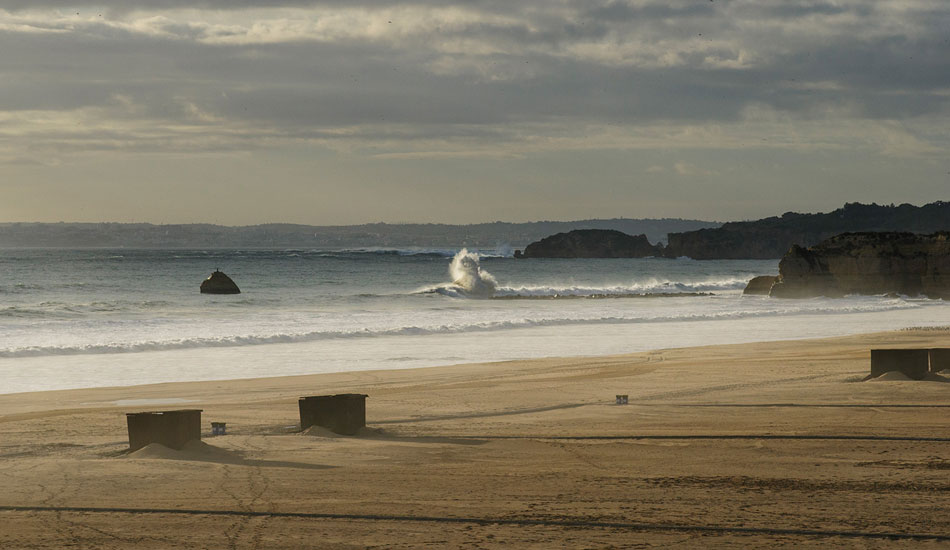 Back at my home break. Photo: Joao Bracourt. 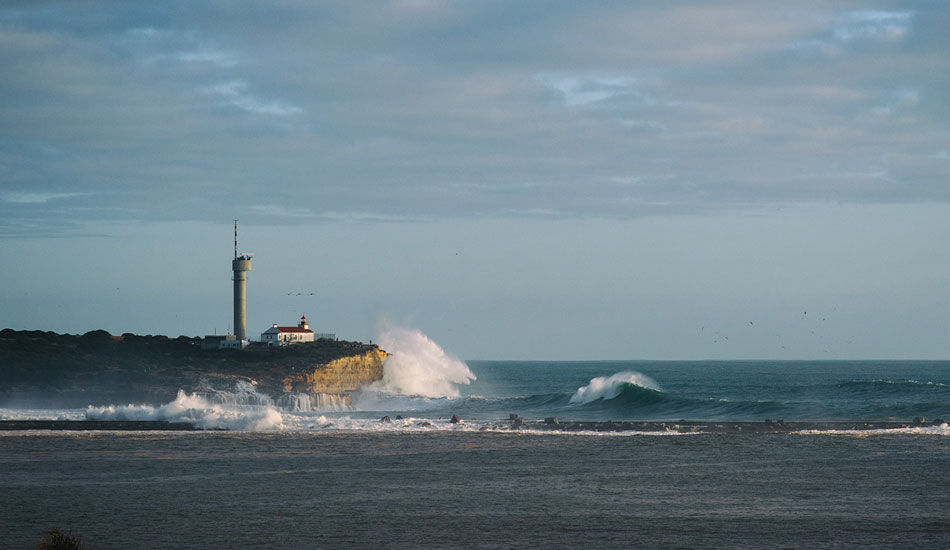 The swell of the century arrived in the Algarve on January 6th, the same day Portuguese legend soccer player Eusebio, aka The King, was buried. Hercules was one of the most violent storms I have ever witnessed. Even the touristic and usually flat south coast of Portugal was pounded with damage everywhere. In the bay of Lagos, long rights marched through with rides up to two minutes long, before it maxed out too. They are calling it the Hercules swell, a God related to the finisterre of Sagres, where the waves were more spetacular. Myths aside, I am sure everyone got their share of excitement.