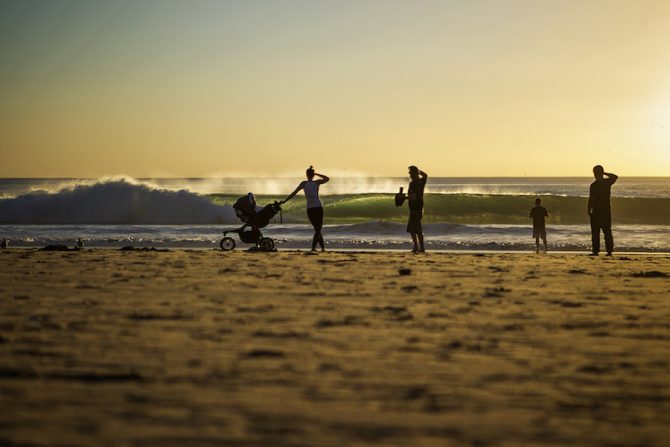 Surfing continues to be a point of contention during the Coronavirus scare. For one, it’s been deemed relatively safe if we’re not grouped up (read here). But that’s a big if. Despite Governor Newsom’s request last week to shelter in place, those requests went mostly unheeded as people crowded area beaches despite warnings from health officials that we must adhere to social distancing of three to six feet if we want to avoid spreading the disease without overwhelming the healthcare system.

So this week, the beach closures started as officials hoped to deter people from grouping up and spreading the virus.  It’s a complicated process though as the differences between state and county-run facilities differentiate who can close and who can’t. We dug into the research a bit to compile a list of notable beach closures.

In California, according to the Orange County Register, “some California State Parks beaches throughout Southern California,  at city-owned lots in Long Beach, at county-run beaches in Orange County and along stretches of coast managed by Los Angeles County, you won’t be able to access parking spots..as of Tuesday afternoon, those beaches were still be open to people who can walk, jog or ride bikes into the area.”

The Huntington Beach, Long Beach, Manhattan Beach and Hermosa Beach piers are all closed. Getting on the sand is still allowed. Newport Beach will reportedly follow suit. The southern part of Laguna Beach is county owned and officials have closed off access to stairs and parking areas. San Diego has closed all city beaches with officials threatening fines.

On Oahu, Honolulu City officials shut beach parks but said, “they cannot restrict people from going into the water. People going for a swim are technically allowed to walk through the park to reach the water’s edge, but the city is hoping everyone will heed community leaders’ orders to stay home.”Officials cited a lack of safety equipment for local lifeguards as one reason the parks were closed. Closures have been instituted throughout the islands.

Meanwhile in Florida, all state parks were closed on Monday to adhere to CDC guidelines with social distancing. Brevard County, home to Sebastien Inlet closed all beaches as officials there work to fight the virus and most counties in Florida have followed suit.  But in the southern part of the state Boca Raton, Deerfield, Lauderdale-by-the-Sea and Pompano are all closed and if other beaches aren’t closing then serious restrictions are in place (check your local news reports for specifics). In North Carolina, the Outer Banks are closed to all but local residents.

In the Northeast, Maine seems to be at the forefront of closing beaches with York, Wells, Kittery and Ogunquit all shuttering city beaches.

In New Jersey, Spring Lake, Ocean City, Seaside Heights, and Point Pleasant have all closed boardwalks, city beaches or both as the Garden State has seen over 4,000 cases of the virus with more than 60 deaths.

In Oregon, all state parks were closed to visitors on Monday and the Lincoln City city council closed lodging indefinitely, a big hit to the small northwest beach town, with an estimated $900,000 lost in state tax revenue alone each month that lodging facilities are closed (and that’s just government revenue, not accounting for private business revenue). Seaside took even more definitive measures closing all beaches, “from the Cove in the south to the estuary separating Seaside and Gearhart to the north.” Clatsop County also ordered all lodging facilities shut down while the pandemic is being dealt with.

Editor’s Note: This is far from an exhaustive list, but simply a brief overview of closures from different well-known surfing regions around the country. We will update as further information becomes available and please don’t hesitate to give us feedback from your local area in the comments below. Stay safe out there and we’ll get through this.