Highlights from the Round of 16 at the Narrabeen Classic 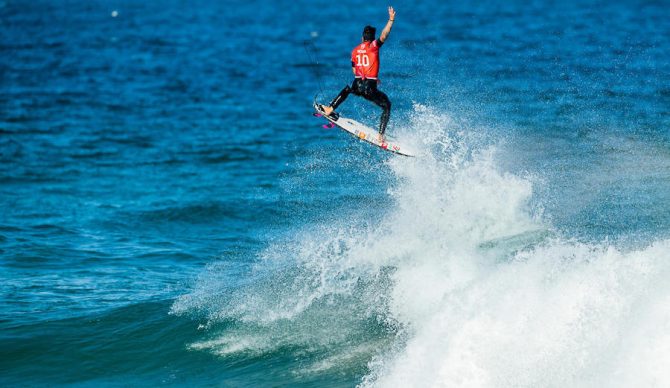 Medina uses one massive air to get himself into finals day. Photo: Matt Dunbar/WSL

Well, for those of you who didn’t tune into the live broadcast at around 11 p.m. PST last night, day three at the Rip Curl Narrabeen Classic had both the men’s and women’s round of 16, and it was a doozy, with plenty to break down.

Upsets happened all over the place, on both sides of the tour, sending the rankings for a spin. Johanne Defay took out Tyler Wright, stopping the two-time world champ and current World Number Two from reaching finals day for the second event in a row, only widening Carissa Moore’s lead in the rankings. Carissa had a strong performance herself, no stunning airs today, but strong surfing and level-headed thinking won her the heat against Brisa Hennessey, as she let one of the best waves of the heat roll through to hold on to her priority in the final minutes of the matchup. 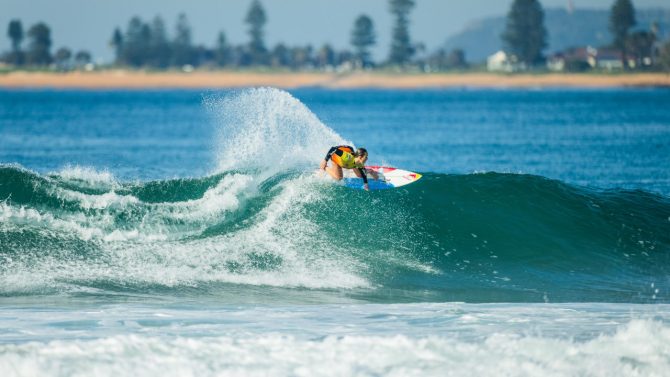 Carissa Moore has been on a tear lately, and it’ll be tough for anyone to stop her. Photo: Matt Dunbar/WSL

To get back to the upsets, how about Morgan Cibilic taking down John John for the second time in as many events? The young ripper (hard to call him a grom at this point) again exploded out of the gates with a couple of incredible backside turns, one of which all but bridged the gap between turn and aerial (3:30, below), absolutely hammering the lip right in front of John John, proving he’s no flash in the pan or lucky beginner (nor is he being over-scored), but a giant killer who can do it more than once. In an event which has been all about the air game, it was refreshing to see Morgan drop the scores and take the heat. John surfed well himself, but his waves lacked the explosive energy that Morgan brought to every turn, which earned him a spot in finals day yet again, where he’ll be up against Gabriel Medina.

Speaking of Gabby, he had a pretty good day himself, dropping the highest wave score of the event, a 9.0 air with an insanely clean landing. He’s one of only two surfers in the men’s round of 16 to have won a CT event (along with Kanoa Igarashi), setting us up with pretty good odds to see a first CT event win when finals day runs (possibly later today). But that’s not if Gabby has anything to say about it. Without John or Italo to worry about, he’ll be looking to take the event win for himself, and steal that yellow jersey back from his countryman, Italo.

The reigning world champ had a rough go of things, losing to Connor Coffin in a down-to-the-wire heat that had the two dead tied and waiting on the results of Connor’s buzzer beating wave to see who advanced. It wasn’t Italo, and he showed his frustration in the locker room. He had plenty of reason to be frustrated. Earlier in the heat, he was given the short end of the stick on a tough call for the judges – a lofty air that had him land in the flats, and while he stuck the near-impossible landing, he was knocked over by the whitewash as it caught up to him, which the judges ruled as incomplete.

Finals day could run in as little as a few hours (next call is at 1:45pm PDT), and it should be an exciting one with plenty of new energy chasing top-tier finishes, as well as the current leaders vying to keep a grip on those top spots.

Check out the action at WSL.com.