Filmmaker Justin Purser breezes into our Playa Del Rey offices as contest commentary from the 2019 Tahiti Pro bellows from a Mac desktop. Damien Hobgood is in the booth a stone’s throw from Teahupo’o dissecting the artistry of young gun Kauli Vaast as Purser and I exchange pleasantries over four thousand miles away. It’s a bit serendipitous because, after five years of following C.J. and Damien Hobgood around for his landmark documentary And Two If By Sea, Purser clearly maintains a sort of connection with the brothers.

Over the last few months, Purser and the Hobgoods have been touring their film around the U.S. at a number of festivals and to much fanfare. Through it all, Purser has been intentionally planting seeds.

“At the end of the film, I’d sort of stand up on stage and ask who wanted to see Damien and C.J. in a heat at Teahupo’o and every time the crowd would go crazy,” he says.

The hashtag #HobgoodVSHobgood quickly gained momentum on social media and even had big-timers like Mick Fanning and other CTers past and present weighing in. 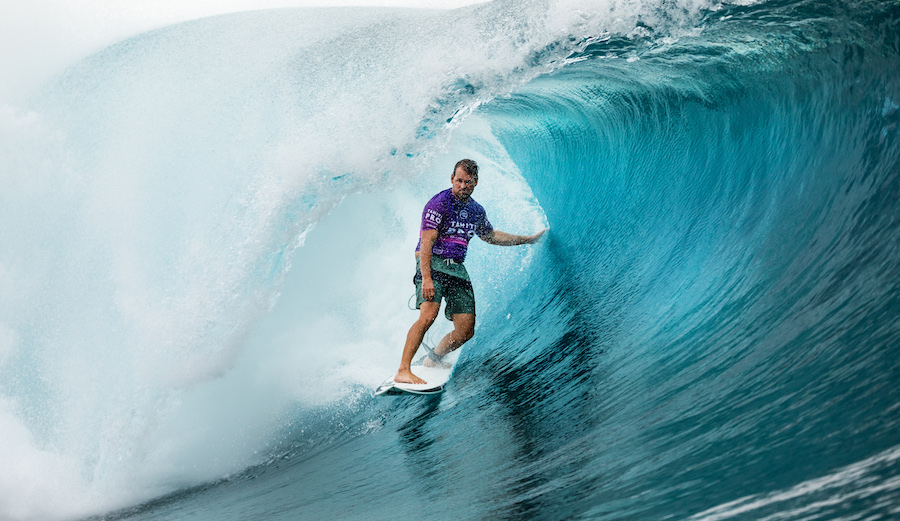 Behind the scenes, there was uncertainty on the part of the WSL about how a Hobgood heritage heat could be elegantly slipped in the middle of the event. Plus, the long-range forecast wasn’t looking too promising and nobody wanted to disrupt current CTers gunning for a world title all for a grudge match over bragging rights.

“We didn’t want to step on anyone’s toes,” says Purser.

At the last minute, though, everything changed. Over the weekend Damien and C.J. got the call to pack their bags and on Sunday the WSL confirmed the Hobgood heat was a go.

“I’m kind of in disbelief that I’m actually sitting here right now,” said Damien in the commentary booth on Tuesday.

“To my brother, I love you, I would die for you. You made me a better man but don’t think for one second I’ve forgotten about how you wanted to take all my dreams from me make them your own and beat me to the punch,” wrote C.J. on Instagram after his plane ticket was booked.

Tahiti is a major throughline in And Two If By Sea as well as in the career arcs of C.J. and Damien Hobgood. Both say it’s their favorite wave on tour. And being so, both had always dreamed of making a final together there for the ultimate twin brother showdown. 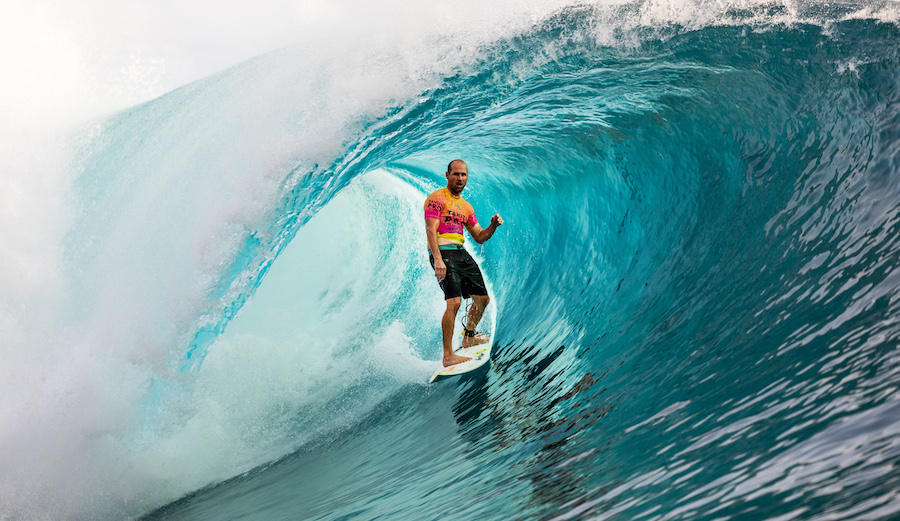 “Damien Hobgood, I love you I would die for you. You made me a better man. But don’t think for one second I’ve forgotten about how you wanted to take all my dreams and make them your own and beat me to the punch.” – C.J. Photo: Cestari/WSL

In 2014, they tried to make it a reality, but Damien – already retired from the Championship Tour – didn’t make it through the trials. And C.J. lost that year in his Round 3 heat against Bede Durbidge. In 2015, C.J. made the semis at Teahupo’o and won the Andy Irons Most Committed Performance Award, but something about not getting to shove his brother’s face in the sand made the accomplishment a little less sweet.

In the run-up to the pulsing swell that rolled through Tahiti this week, the World Surf League billed it as the best conditions for the contest since 2014 – the last time both C.J. and Damien competed there.

“That’s how a lot of things have been around this film,” Purser tells me. “Just like, so many funny coincidences.”

In the end, Damien won the heat and bragging rights, but the real winners may have been the fans who spoke up and tugged on the WSL’s ear to make Hobgood-versus-Hobgood 2019 a reality.