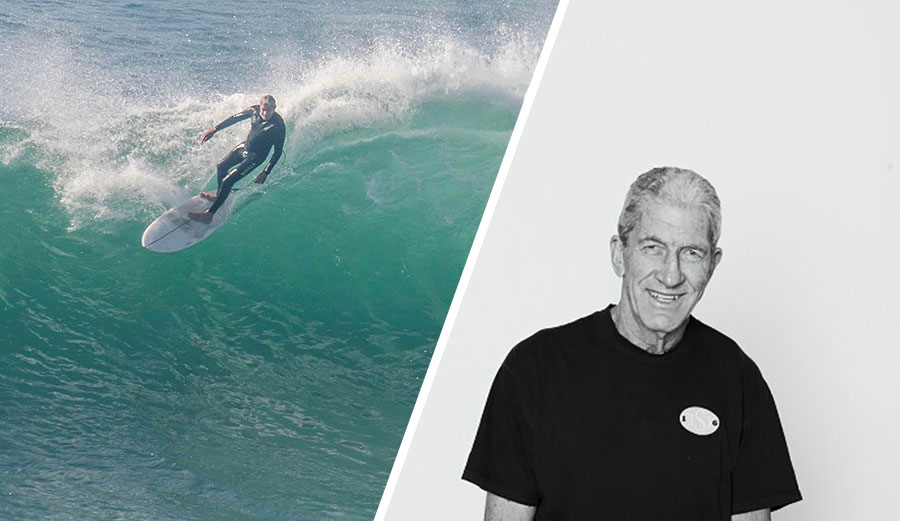 Nat Young’s home an hour inland from Angourie, NSW, burnt to the ground on Friday.

Fires burning many parts Australia’s East Coast have taken the home of four-time world champion Nat Young, The Inertia has learned. Young has owned a ranch an hour inland of Angourie, NSW near Nymboida since 1974 and raised three of his four children there.

“The whole place burnt right to the ground,” he told me. “It’s not just a normal house, this was a castle,” he said of the ranch home he built there himself from timber cut on the property. He and his family had around 35 head of breeding cattle there as well. Nat’s 26-year-old son, Bryce, a gifted surfer in his own right, had to put down four of them and the rest were nowhere to be found. The Australian surfer and author, who just released his seventh book, Church of the Open Sky, said his son was assessing the damage for the family and collecting any valuables and family heirlooms that could possibly be salvaged.

It’s been a devestating run of events in the region as some 100 homes have burned in the fires, Young said. “Bryce told me that a 30-foot high fireball came through and wiped out everything,” he added. “It’s hard to imagine. If you’re not there you can’t imagine how dramatic and powerful nature can be when it’s out of control like that.”

The Australian states of New South Wales and Queensland are under a “catastrophic” warning threat from government officials as 120 brushfires are burning and at least three people have lost their lives. Thousands have been displaced from the fire.

The intense brush fires come after the region has suffered through drought: “We never had a fire there before,” Young said. “But the whole East Coast of Australia is on fire. We just haven’t had our normal rains.”

Nat says he plans to continue an 11-stop book tour that begins tonight in Huntington Beach, California. “I can’t achieve anything by going back now,” he said. “A lot of people have lost their homes so the fire didn’t just pick out ours in particular.”