How a Handboard Helped This Adaptive Athlete Embrace His Disability 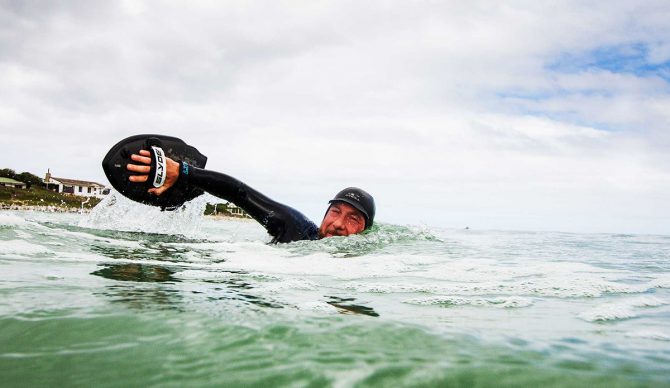 The ocean is known for its healing powers. Doctors have prescribed sun and sea for centuries to restore man’s physical, mental and emotional well-being. Chris Schmidt of South Africa is a firm believer in the healing powers of the sea. His own journey back to the sea after a life altering event is nothing short of inspirational.

It was 1997 and the South African had just turned 21. His life was full of adventure and he was filled with stoke. Then, in an instant, his life changed unexpectedly. Returning from a leisurely trip to the forest, he found himself in a head-on car collision. The accident left him in a seven-day drug induced coma and little chance of surviving.

“I can still see the ICU ceiling mashed with vague memories of family and friends visiting, combined with the strong urge to leave this place I felt I was trapped in,” Chris says. “Still not fully comprehending what actually had happened. Coming to terms with the fact that I was now ‘physically challenged.’ Suddenly everything was different for me both physically and emotionally.  I had lost the ability to move my left arm, it was paralyzed from my shoulder down to my fingers.”

Chris put his perseverance into overdrive, accepting his physical limitations while also not allowing them define him. He went back to being active on land, cycling, running and skateboarding. But, one of his deepest passions, riding waves, seemed inaccessible. “To be a good swimmer you really need two arms,” he explains. “My love for the ocean turned into something I both longed for and feared.”

It took 13 years for that to change. In 2010 a close friend saw Chris’ love for the ocean and recognized what it would take to make those dreams of swimming again a reality: swim fins for starters. 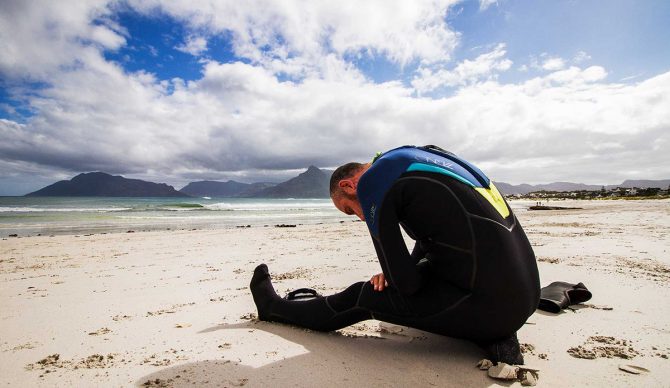 “I can recall very vividly how we went out together after work in some typically harsh, windy and cold Cape conditions. Me with fins, a second skin with board shorts, and him with his bodyboard. It wasn’t the most successful outing and we both agree on that to date. But in that moment, I realized I needed the ocean not only physically, but on a spiritual level. I had tasted the seawater and felt the energy of the waves again. It was then that I knew it was time for doubt and fear to take a backseat.”

Slowly, he regained his confidence in the ocean and uncovered the joy of a new yet familiar world opening up again. In 2014 Chris added a handboard to his routine, enhancing that feeling of pure stoke. “Handboarding has allowed me to reclaim a part of my life that I thought would never be possible. It’s affected me on a multitude of levels, delivering a whole new level of access to the ocean, the waves, the barrels, and real possibilities. Unlocking a feeling I could only dream of by admiring surfers from the beach.”

These days, you’ll find Chris Slyde shredding some of the coldest and gnarliest shark infested waters of the world along Cape Town’s Coast. He’s a true example of possibilities, determination, and the reality that some of us need saltwater both to survive and thrive. 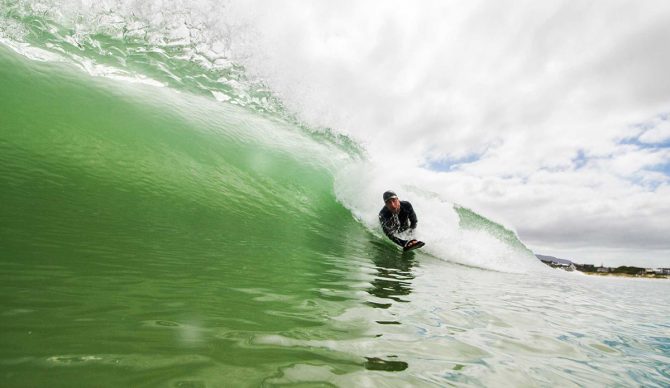