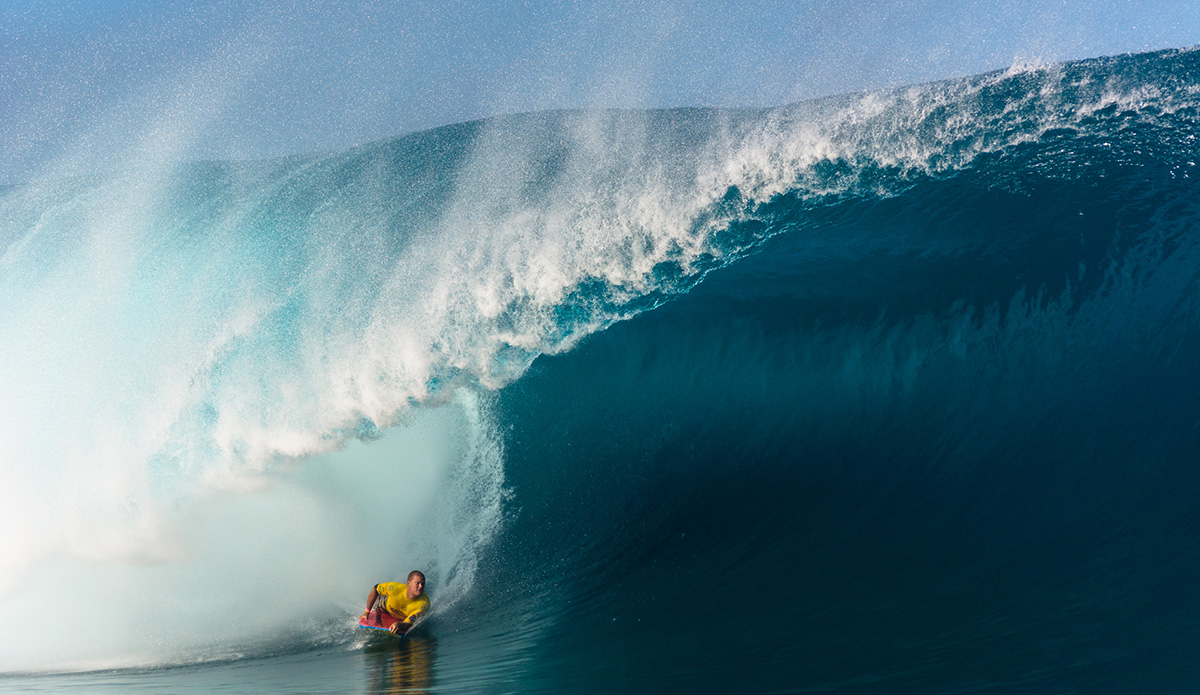 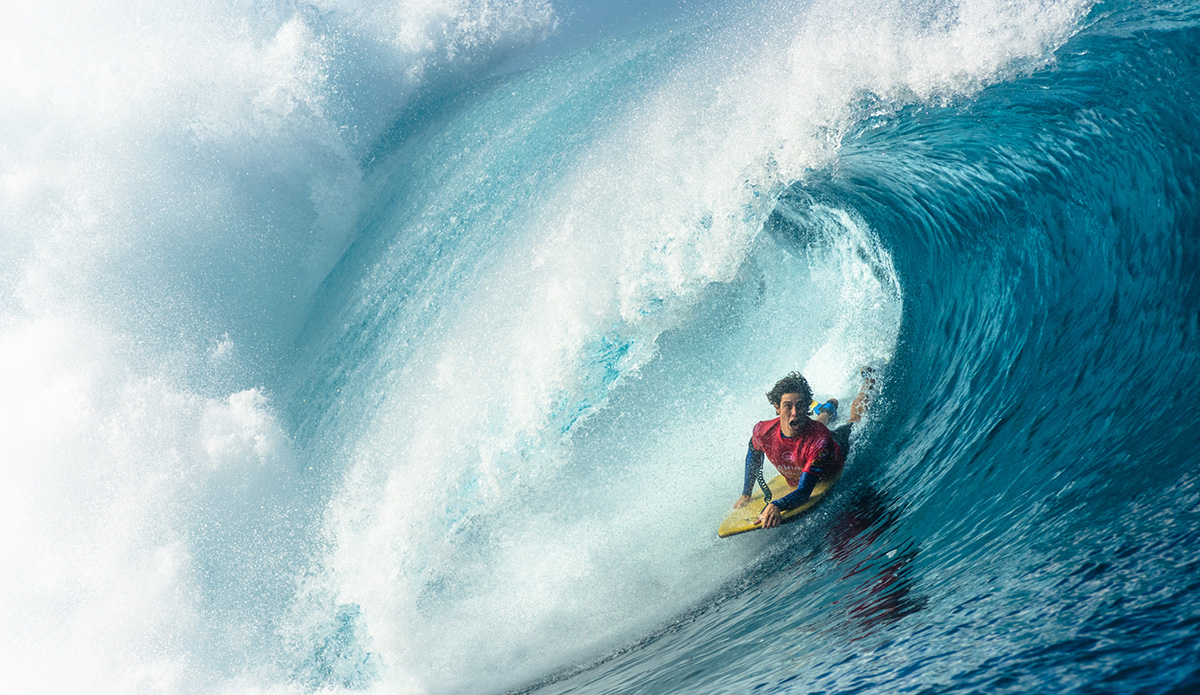 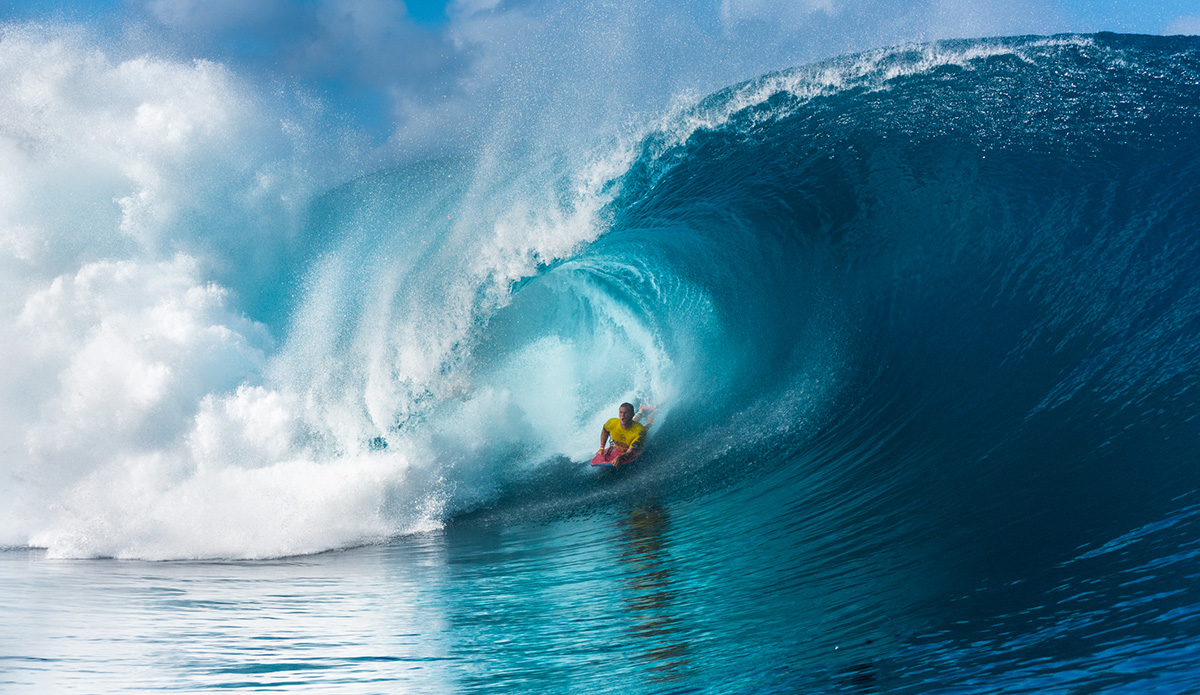 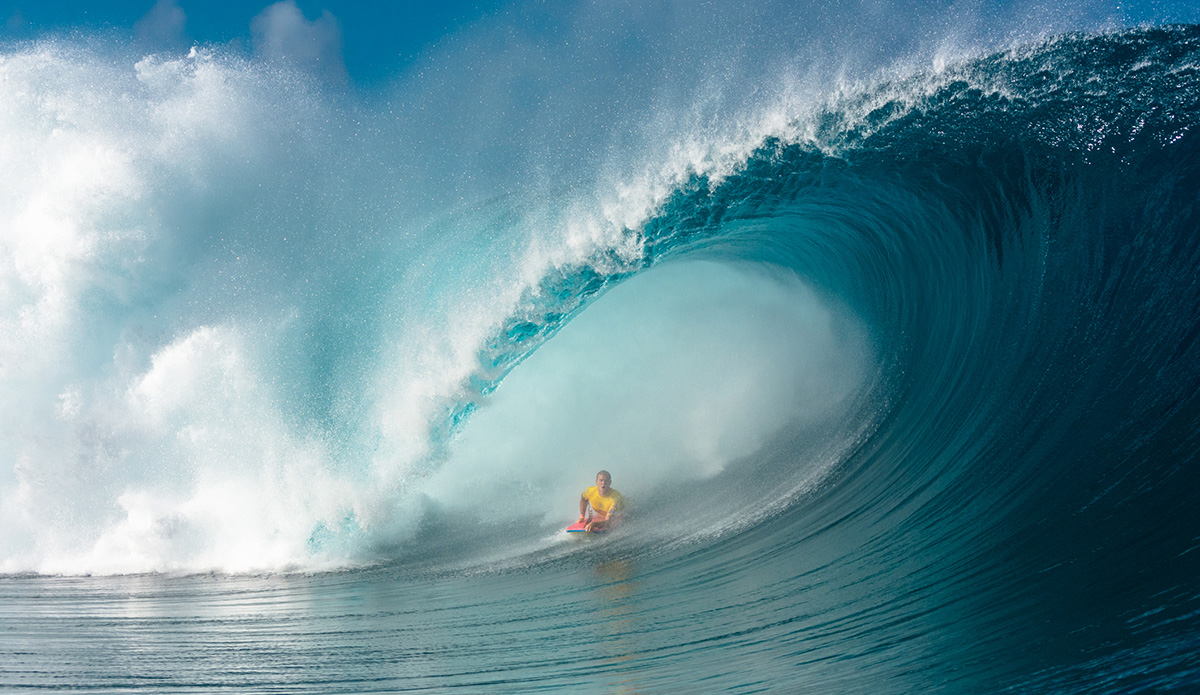 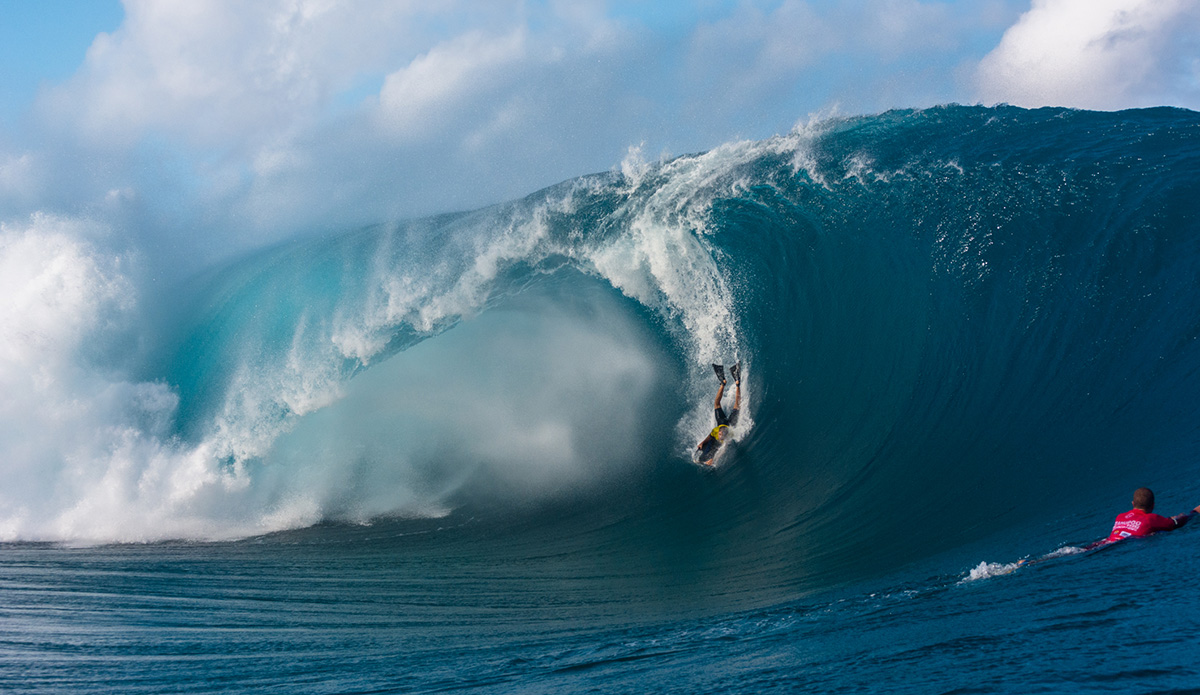 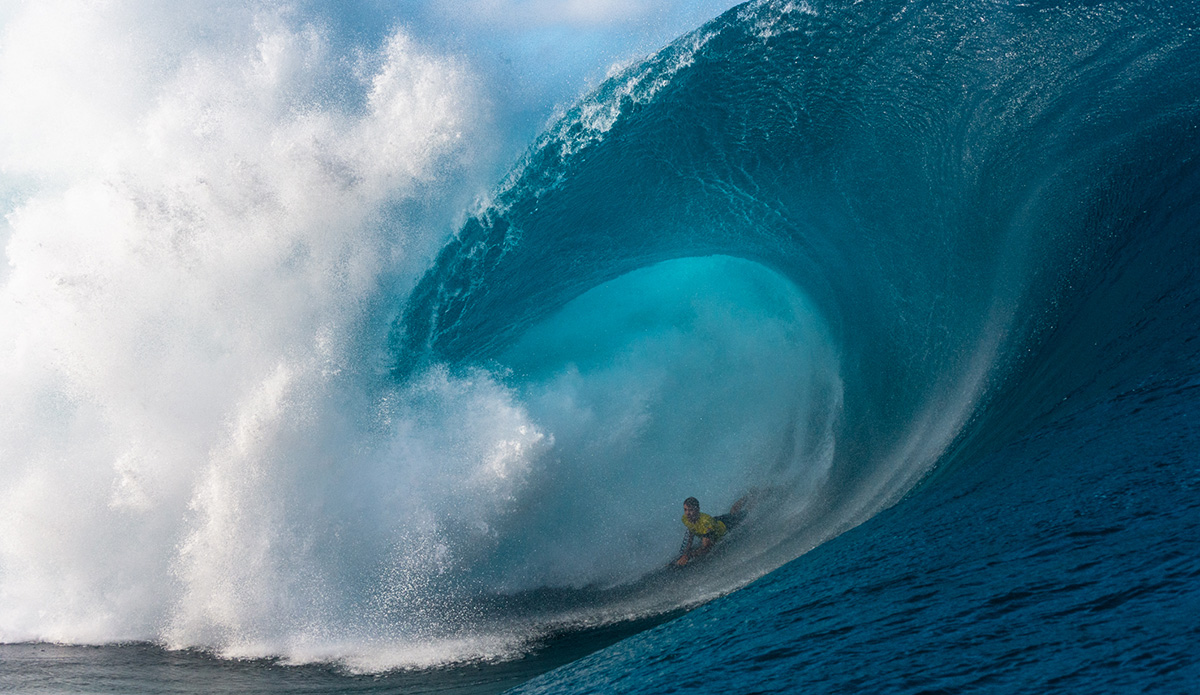 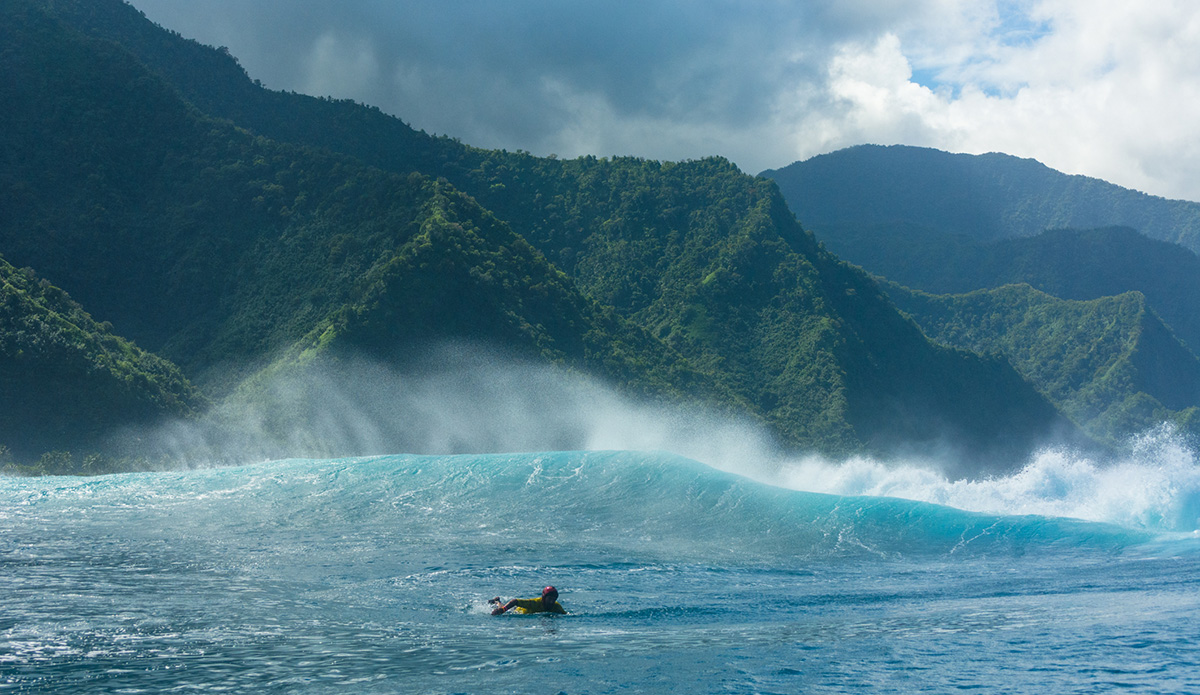 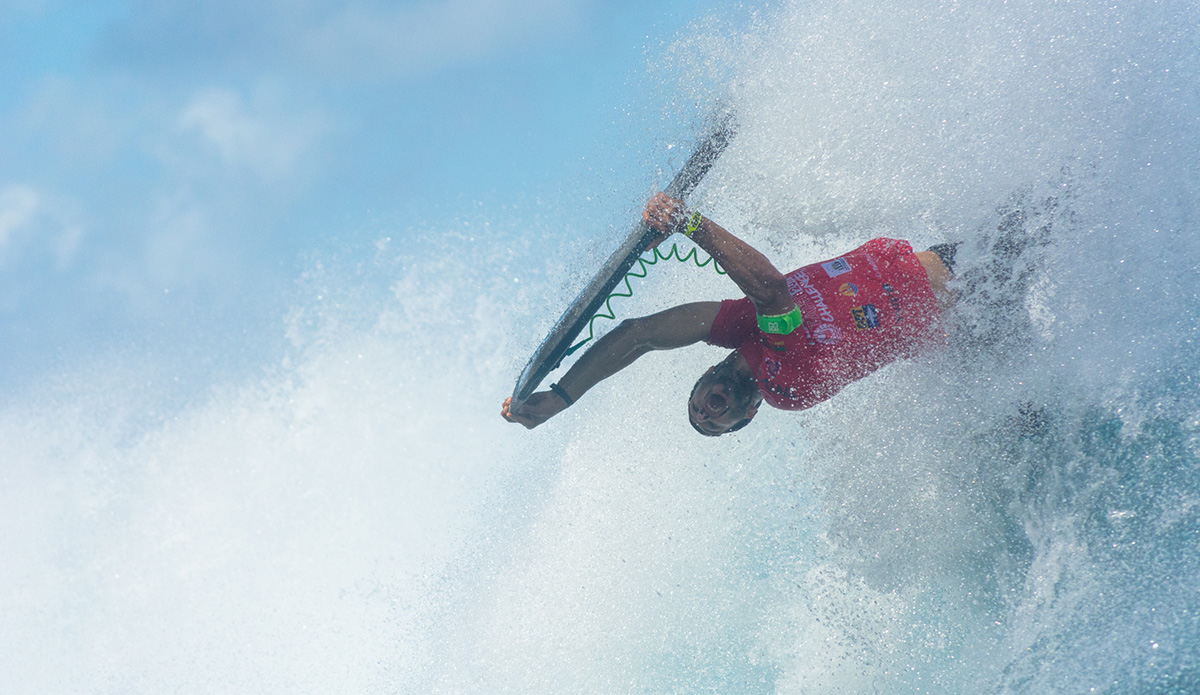 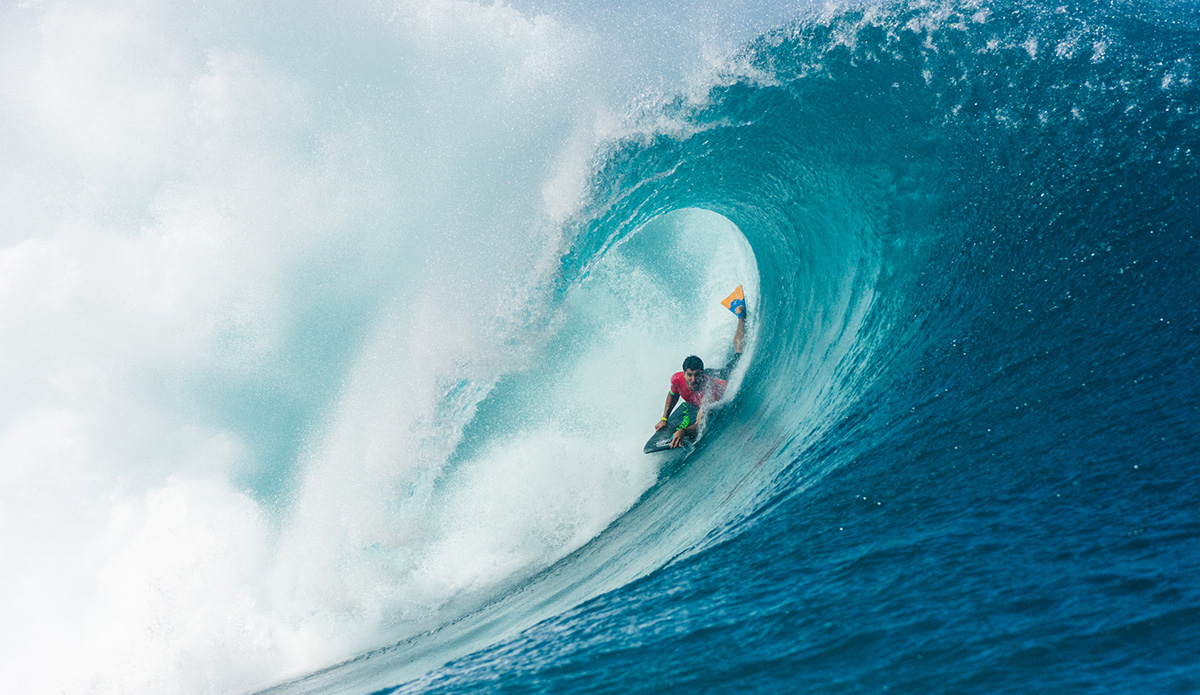 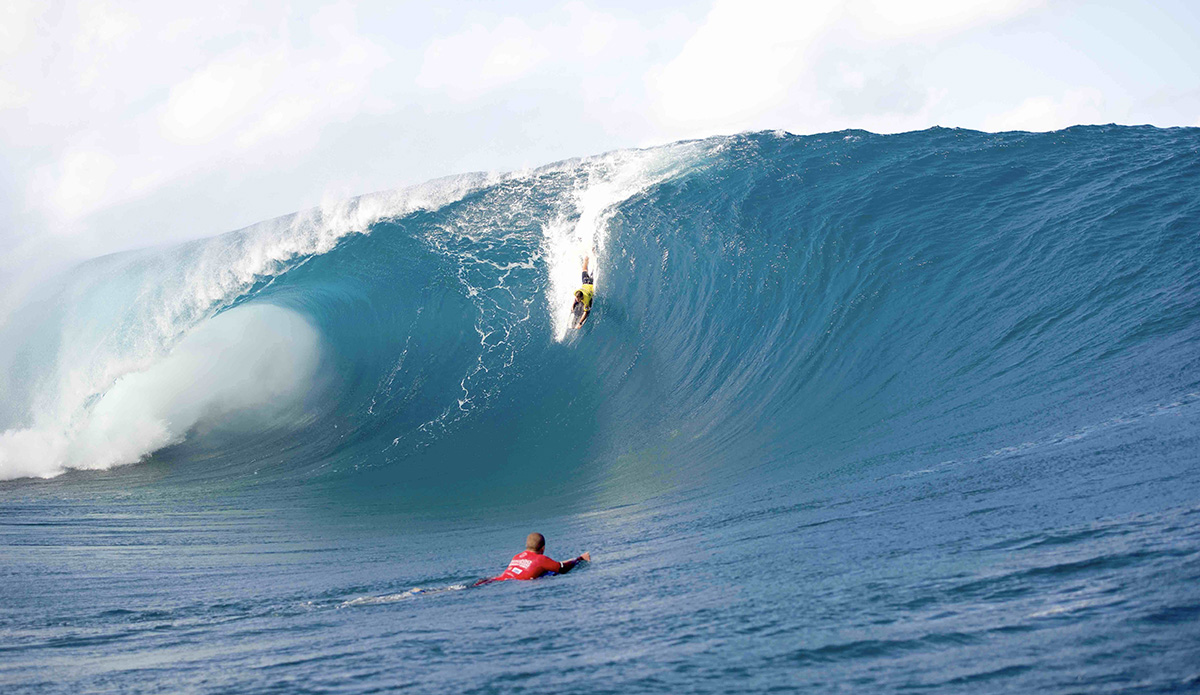 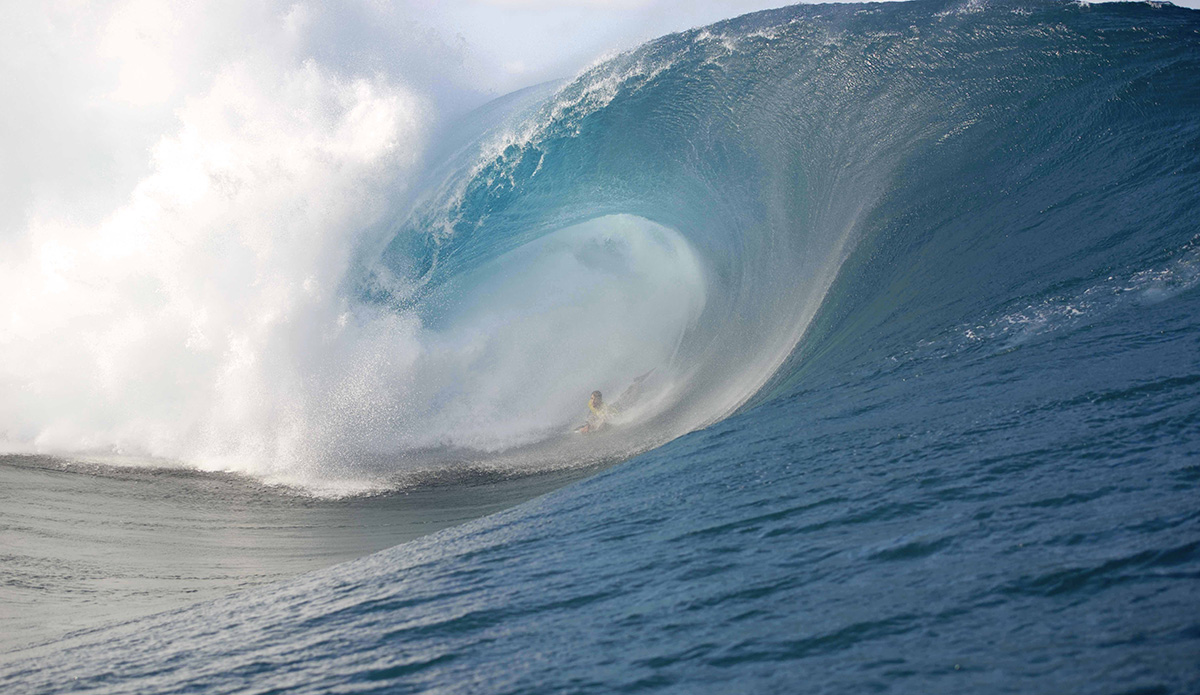 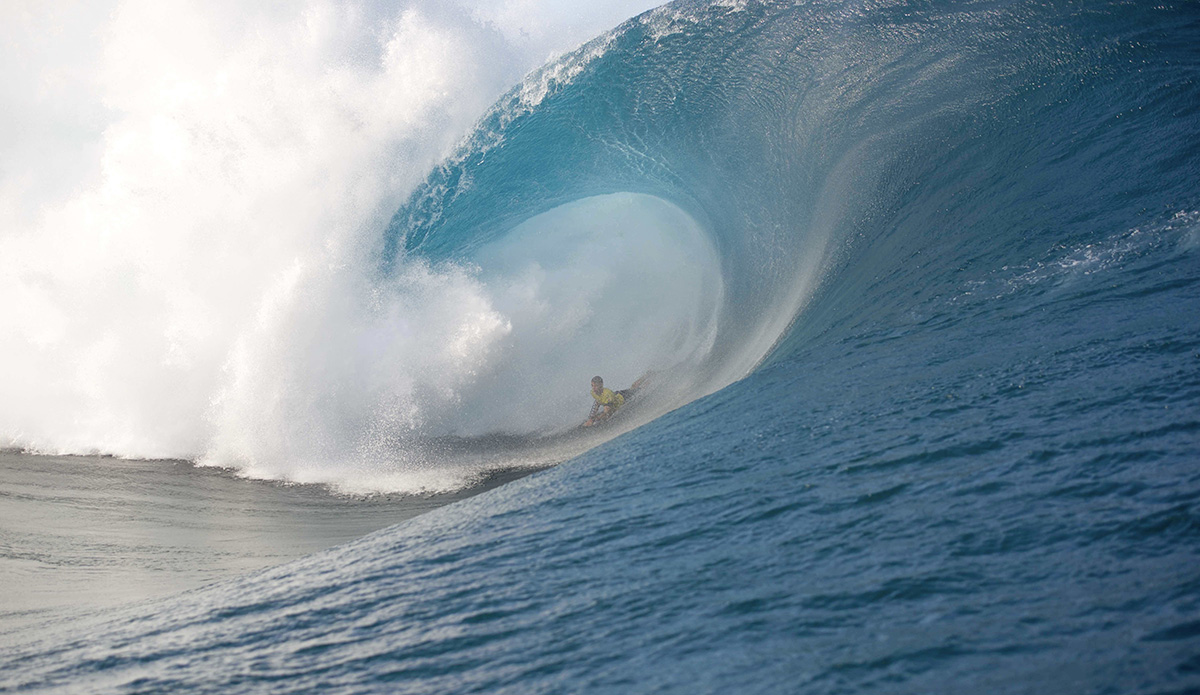 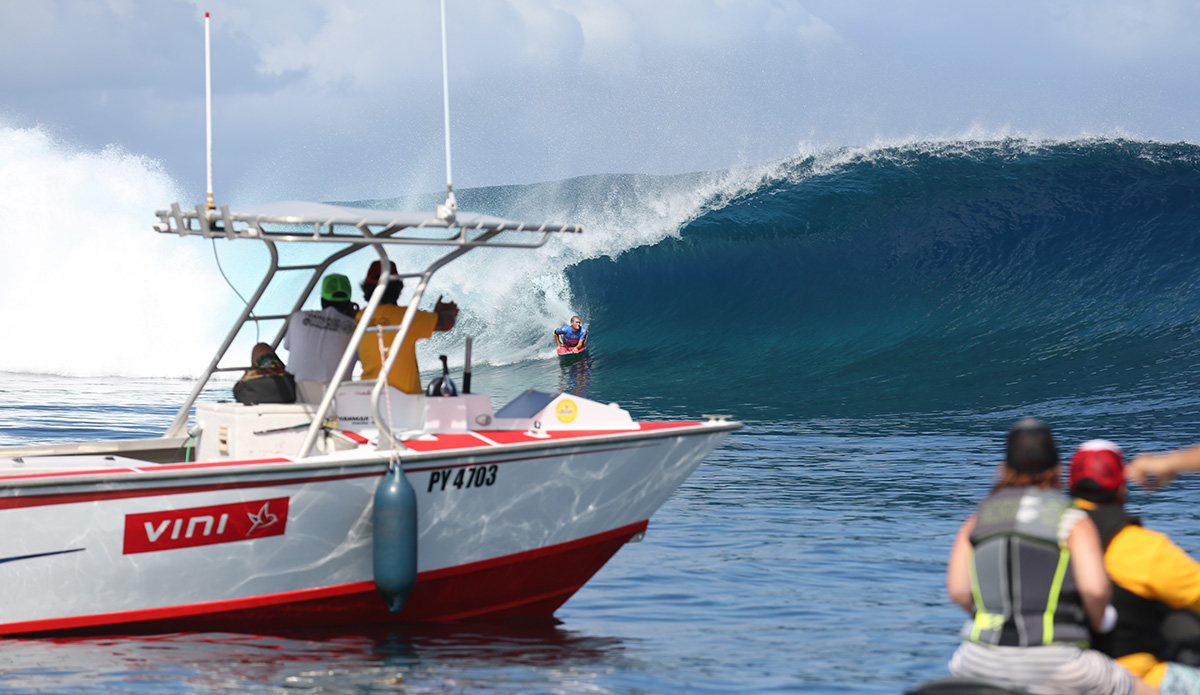 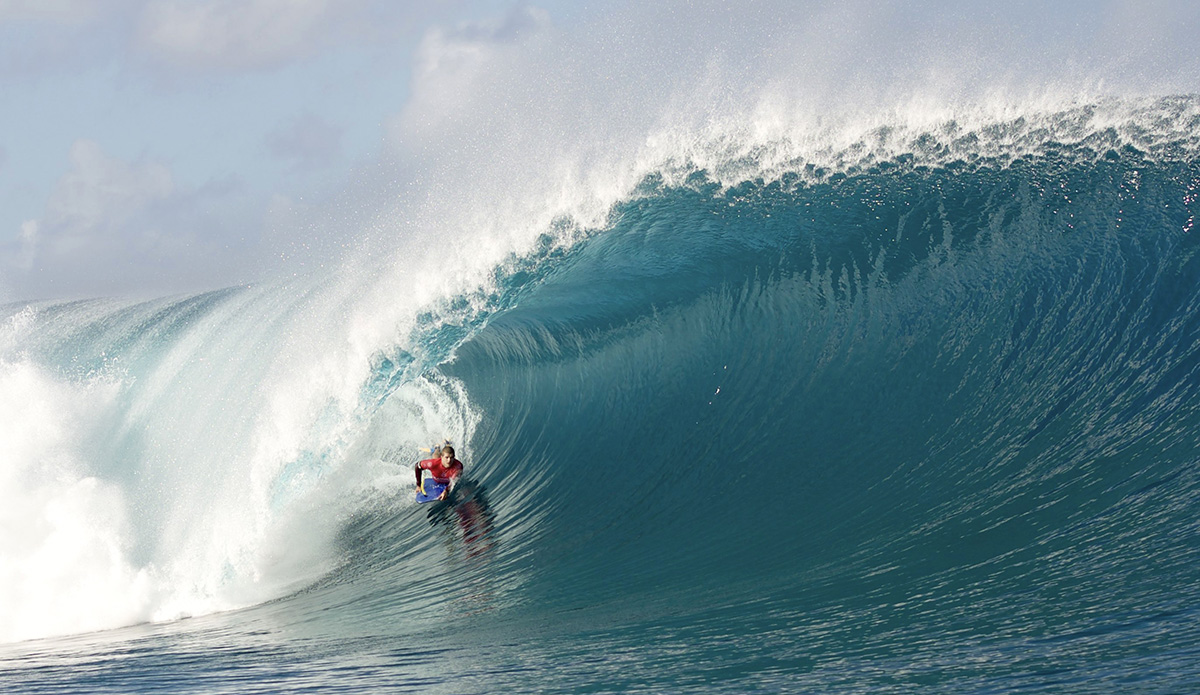 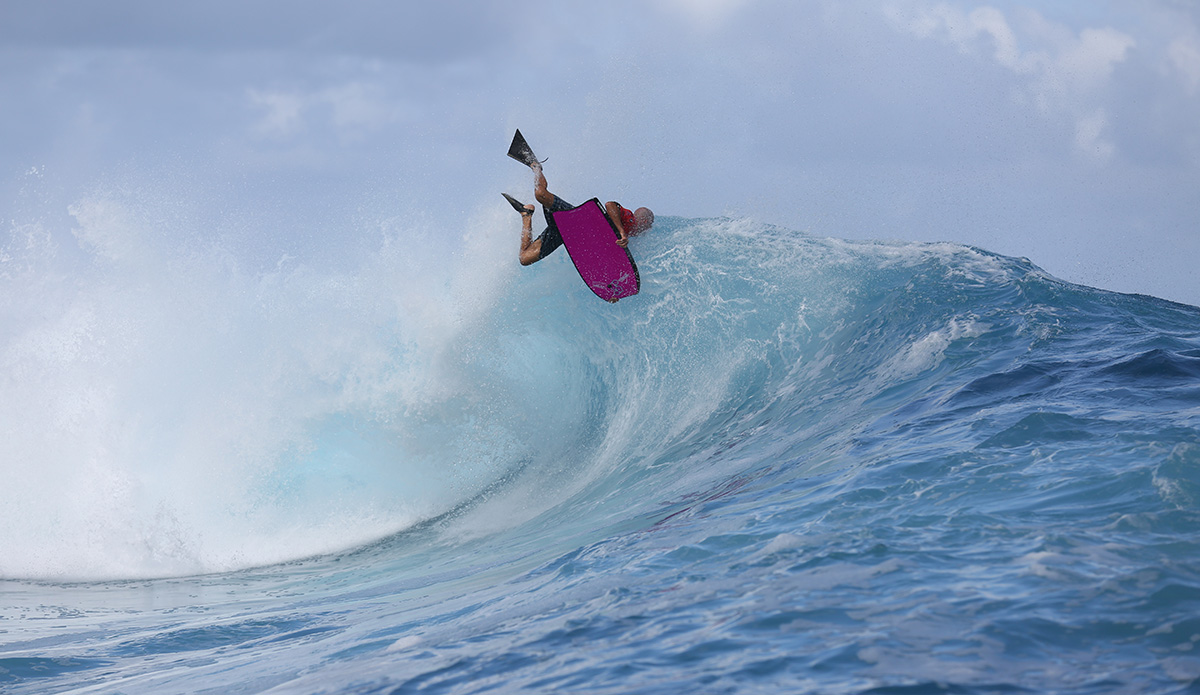 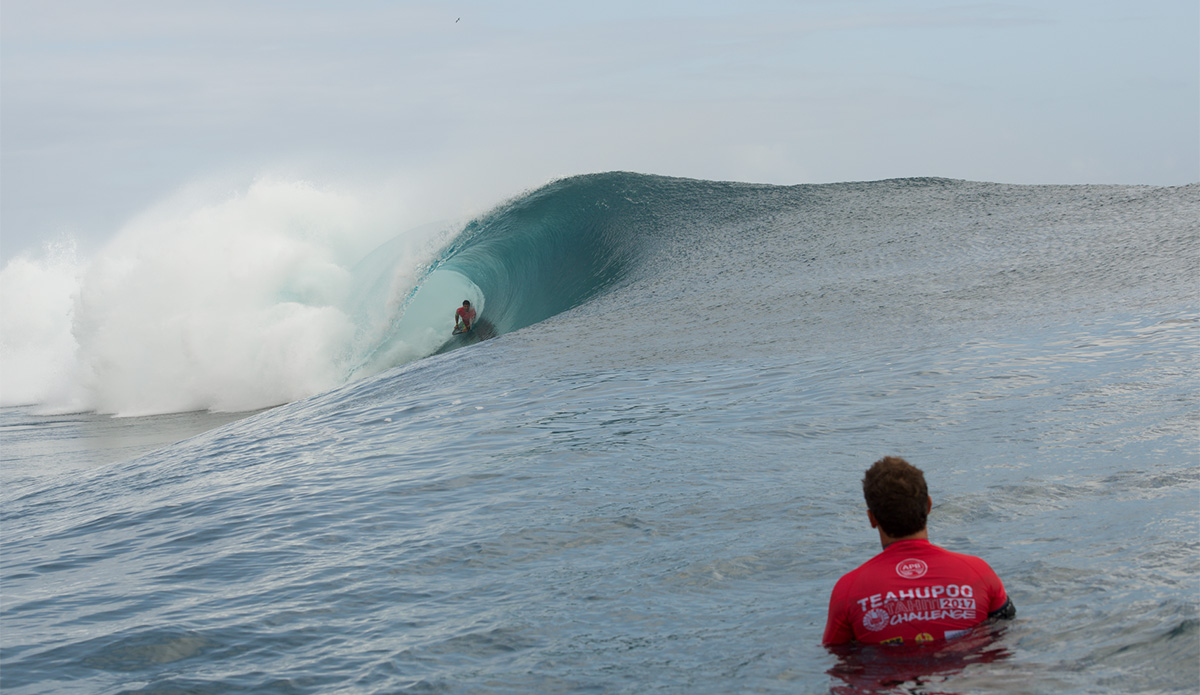 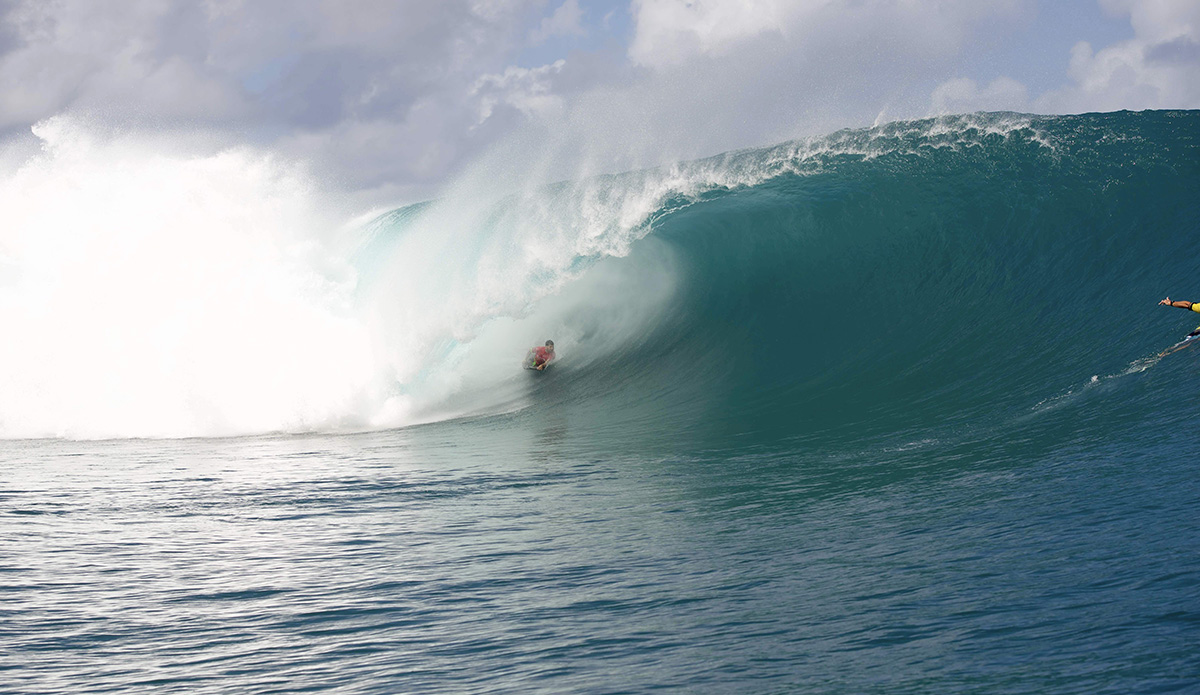 As somebody engrained in the bodyboarding community, the 2017 Teahupo’o Tahiti Challenge blew my mind. I know every other person who watched around the globe felt the same. Bodyboarding should be showcased globally in waves of consequence, just like this.

I know this has been Mike Stewart’s dream since the 1990s. I ride Science bodyboards and I am lucky enough to be in regular contact with Mike, so I reached out to him to talk about that vision and how the Tahiti event fits right into it. I also met Garth Mc Gregor and Patrick Orr when I was in Hawaii in February so I reached out to them as well. Here are some highlights from our conversations about the state of bodyboarding and the sport’s historic event in Tahiti this year.

The APB Tahiti Teahupoo Challenge is going to go down in history as one of the most incredible pro bodyboarding events ever. As director of the APB, what were the highlights for you?

Alex Leon: Yeah, it definitely was up there with some of the best bodyboarding events in history. We were blessed with good weather this year in Tahiti and a great range of swell sizes varying from the inside ledge to the outside ledge on Day 2 when we witnessed some 10 to 12 footers break. Some of the standout highlights for me were on Day 2 when Alex Uranga got some pretty epic barrels and busted some big rolls and an invert off the bowl. He managed to get a ten along with Dudu Pedra who also got the other ten. What really amazed me was the level of tube riding from some of the young guys, including Patrick Orr and Tanner McDaniel.

Mike, how did you get on that morning?

Mike: I went out briefly before the event started just to try to get a Go Pro shot. I caught one wave and then went in to wait for my heat. I thought I was going to be heat three. Instead they re-seeded and never got to my heat that day. Bummer. Anyway, it worked out because I just rested, which served me well because the final day I had six heats.

Alex: It really was a fairytale ending for Jared, and Garth also. Jared only just made the event after being denied travel due to a travel visa that was required transiting through New Zealand. I recall Jared being very stressed about making the event and after his severe shoulder injury in 2016, which saw him miss the final two events of the year, it is remarkable to see him return to competition and now sit on top of the leaderboard.

Garth McGregor: That final day was awesome, although the swell had dropped it was still pumping for the size. Again the day was a blur for me as I surfed five times. There were some good heats and then some slow heats. I just squeezed through a few of my heats by the skin of my teeth, definitely had some lucky breaks.

Overall, there was plenty of action going on. Mike was absolutely ripping as usual. I got to watch some of his heats and, man, I swear he is only getting better with age! He is always such a pleasure to watch.

What does it mean for a world tour of professional bodyboarders to have a venue like Teahupo’o on tour?

Mike: I think it’s quite critical for bodyboarding to be showcased in waves like this to truly demonstrate the technical nature of it.

Garth: Well, for bodyboarding to look good we definitely need Teahupo’o on the tour. Now that we have it back on the tour I think it is in everyone’s interest, especially the “industry” and the riders, to do whatever it takes to keep Teahupo’o on the world tour. I think that with all the hard work that has gone into getting it back on the tour it would be a great loss for us as bodyboarders to pass up this great opportunity to showcase our sport the best way we can. Let’s all get together and give it nothing but one hundred percent to keep it. It is the only way forward for our sport.

Alex: Having Teahupo’o on the world tour is a game changer for our sport. It allows us to showcase our sport in its best light. Having Teahupo’o along with Pipeline and Fronton, which are regarded as the three heaviest waves on the planet, gives bodyboarding great credit. Competing in waves like Teahupo’o (especially on day two) demonstrates that bodyboarding is one of the greatest extreme sports in the world that is extremely exciting to watch in waves of consequence.

Ride of the event? Your opinions, please.

Mike Stewart: Eric Gamez got the wave of the contest. Runner up for me was Patrick Orr. It was just really good to see at least a couple bombs come in. For me what made Eric’s waves so cool is that it looked like he was pulling out of the first two waves of the set because they were heavy. These waves were significantly smaller but in actuality, after speaking with him, he was pulling back as the waves didn’t look good. When the big one came I thought he was going to paddle through it so when he swung at the last second I was pretty stoked.

I am happy that this generation of riders had a chance to see what the wave does after it gets to a certain size. It was a pretty surreal feeling to go back thirty years later to Teahupo’o after my first trip there and compete in waves like this.

Alex: Alex Uranga’s ten point tube ride on Day 2. He rode it perfect and sat right above the shocky as it swung on the west bowl. A long deep barrel.

Garth: Wave of the contest would have to go three ways for me – Eric Gamez, Hitoti Henry and Patrick Orr. Those boys got the best waves in the contest as far as I’m concerned. Not sure of the biggest wipeout but I am sure there was a few.

Lots of underground riders killed it in the contest, guys like Paul Blaz, Patrick Orr and the local Tahiti boys. It just shows you don’t have to be a big name pro to do well on tour.

Alex Leon: Yeah. Patrick killed it in the big stuff and is a threat on the world tour for sure. I watched him last year and he has so much potential. He had three insane big barrels on Day Two of the competition and he was super stoked to be able to compete at perfect Teahupoo with only one other guy in the water. Also, PJ Tartak and Paul Blaz who are underground riders showed they can match it with the best.

Patrick, You mentioned you got some of the best waves of your life. Talk us through it?

Orr: I was in a heat with Angelo and, of course, he took the first wave because he is the local so I respect that. Behind his wave there was a wall coming at me so I knew I had to go for sure to beat him. I think I got an 8.33 for the first one. After that wave I paddled back out straight into another set and got a 9.5. I just remember being behind the foam ball looking out the barrel and thinking “what!?”. Just tripping out on how good the wave I got was and seeing the green round barrel and boats and mountains. And then I came out with a huge smile on my face

What did you guys do when you weren’t surfing in Tahiti?

Mike: I did work on my computer as usual.

Garth: Well there was plenty of time for free surfs. We also did quite a few projects with the community, like we took the children with special needs surfing on the beach break surfing with the local Teahupo’o kids. Now, that was such a special thing to be apart of. The smiles on those kids faces were priceless. We also passed on some tips to the local groms and then judged a little comp for them and painted the church fence. It is community involvement like this that is going to help us retain our spot for our sport at Teahupoo. I think giving back to the community of Teahupo’o is imperative for us as riders.

With Garth coming second and Mike coming third it was great to see the older guys on tour give the groms a run for their money.

Alex: Yeah. Garth and Mike are the tube riding gurus of the sport. Mike has a trademark style which many call the blueprint of bodyboarding. As I mentioned, the way he draws lines allows him to maintain speed and drive to take off deep and ride through heavy pits. Garth has a unique setup turn where he carves a little into a mini-slide which puts him into a great position in the barrel with so much speed which is hard to manage normally but G-Mac does it with grace.

Mike: Garth is easily the largest guy on tour and he utilizes his mass in ways only he can do.

Alex: They both have had many years at mastering the bodyboard and it really shows in their setup turns and lines they draw in heavy pits. Garth is a solid person which enables him to withstand the shockwaves that usually blast people off their boards and Mike, on the other hand, can reduce and gain speed better than anyone which is a great asset especially at Teahupo’o. Their semi final match up was incredible, going blow for blow with tube rides, but Garth’s last wave was too good and catapulted him to the win. It was a pleasure to watch these two guys going for it and dominating at a seasoned age too – Garth is thirty eight and Mike is fifty three. Unbelievable.