How Surfing and Volunteer Work Become Our Tickets to Globetrotting 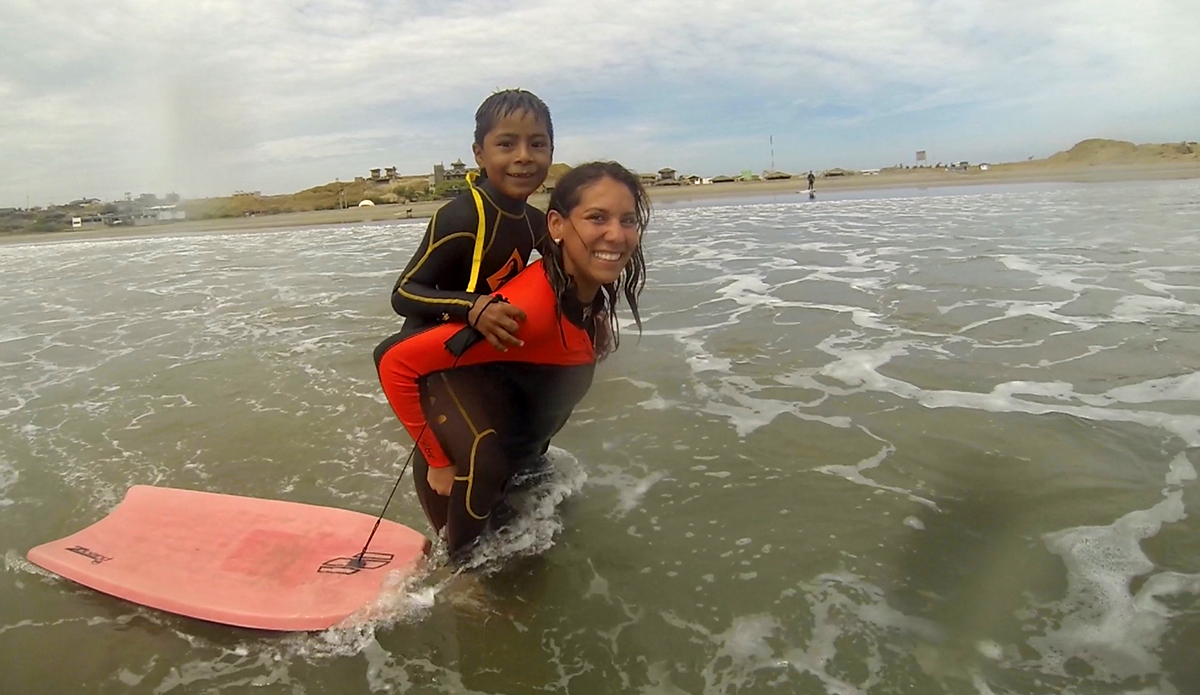 WAVES uses surfing and swimming classes for kids to gain confidence in and out of the water. | Photo: Nick Roubal 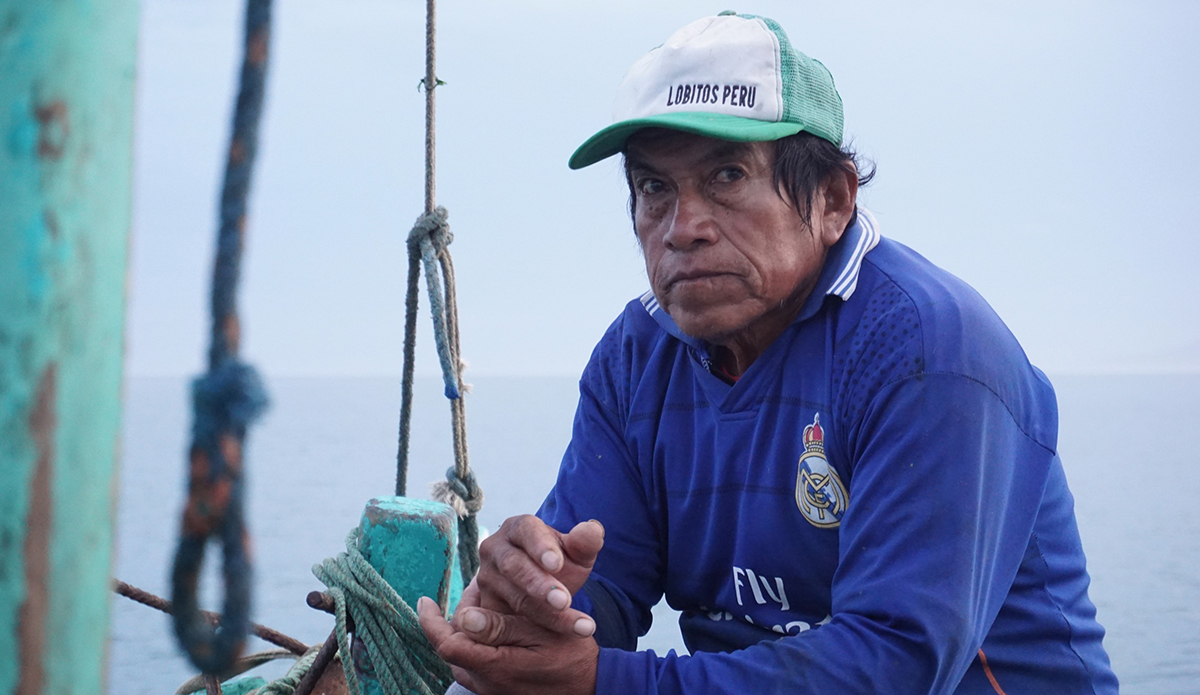 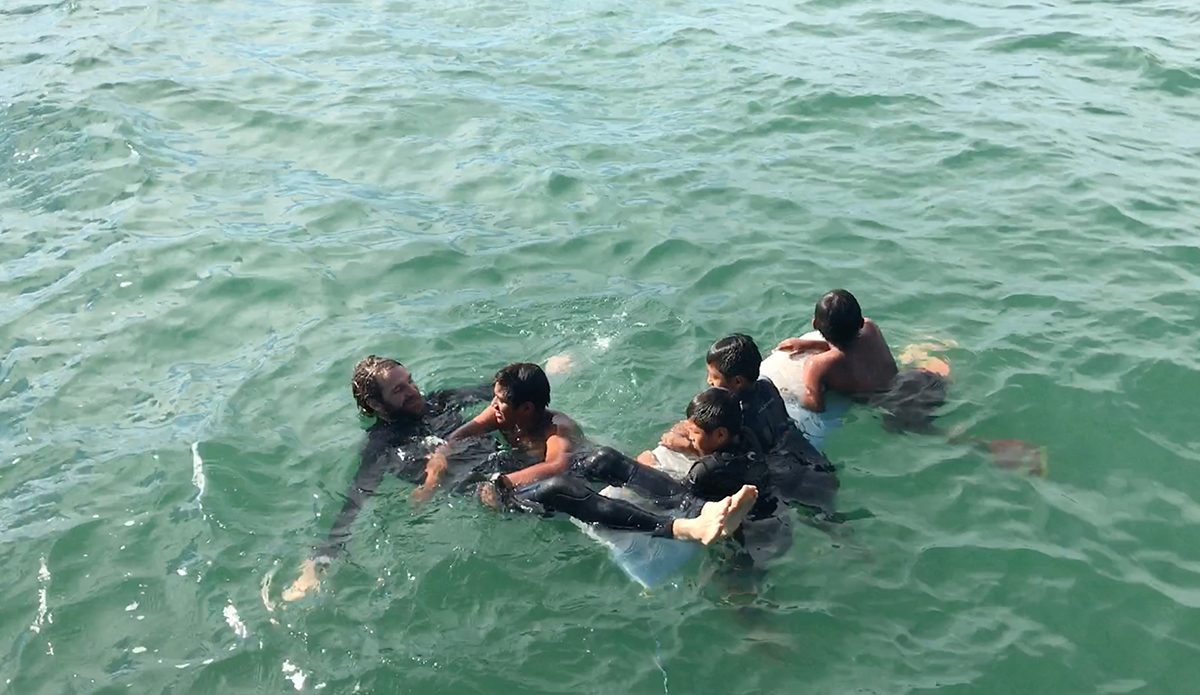 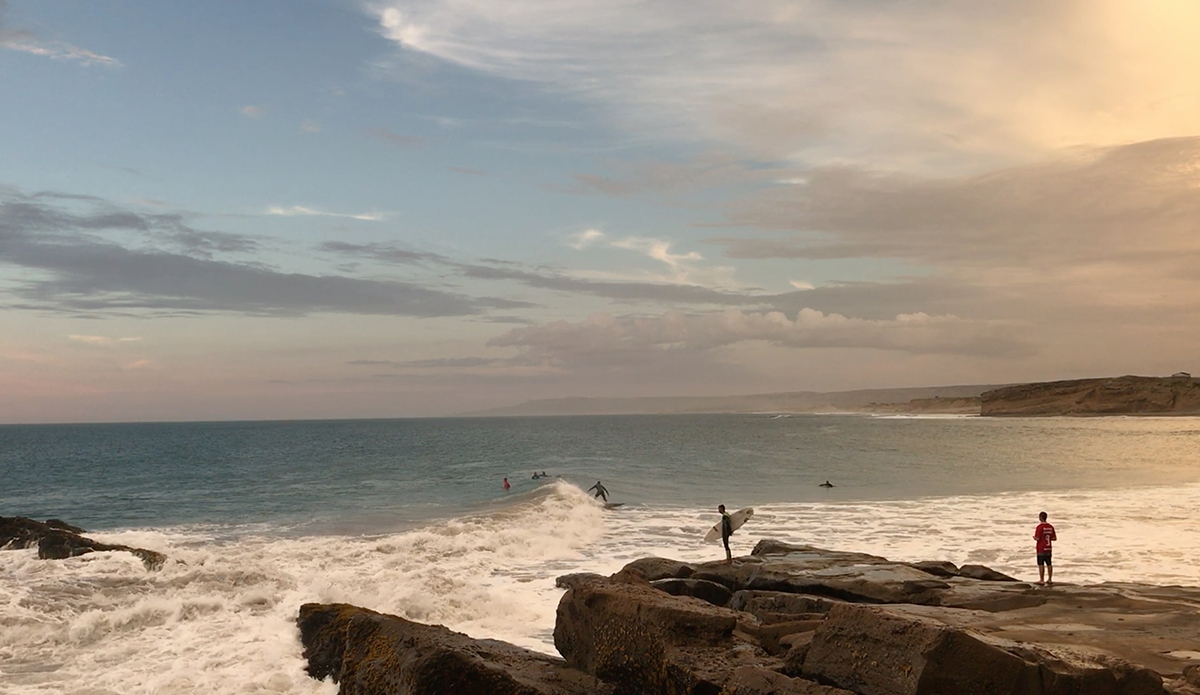 Lobitos is a small surfing town on the desert coast of Northern of Peru. With year-round swells, miles of empty coastline and breaks to choose from this is Peru’s hidden little gem. | Photo: Nick Roubal 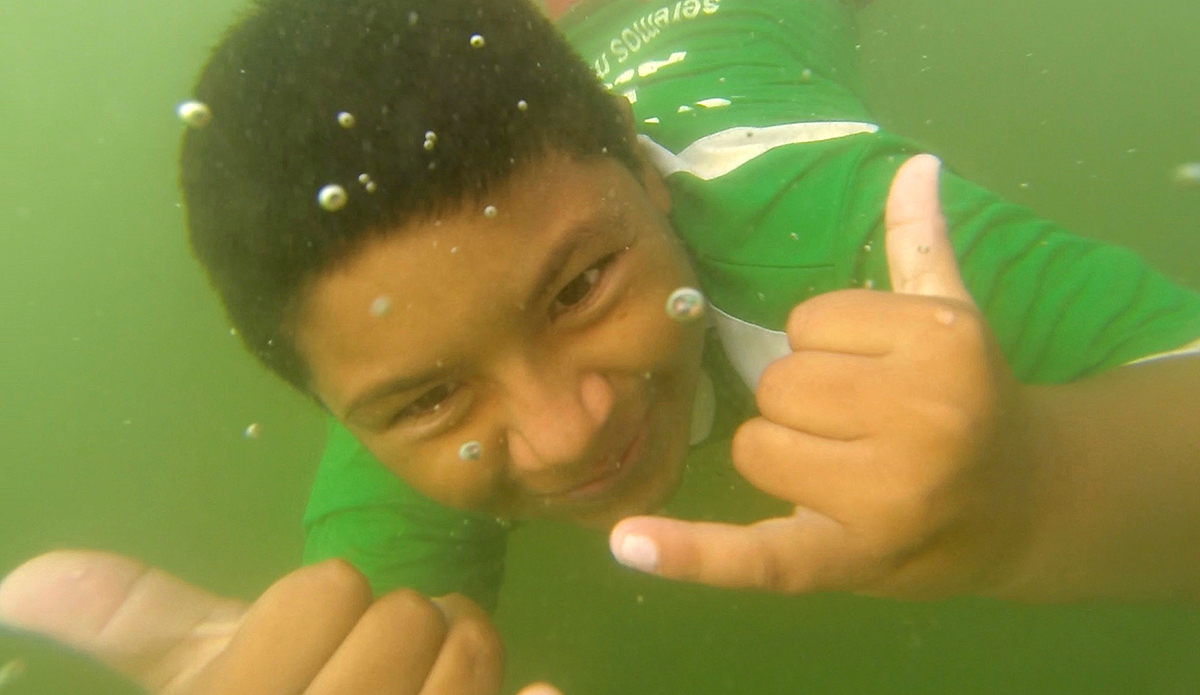 A local grom from Lobitos sharing his stoke with the WAVES' volunteers. | Photo: Nick Roubal 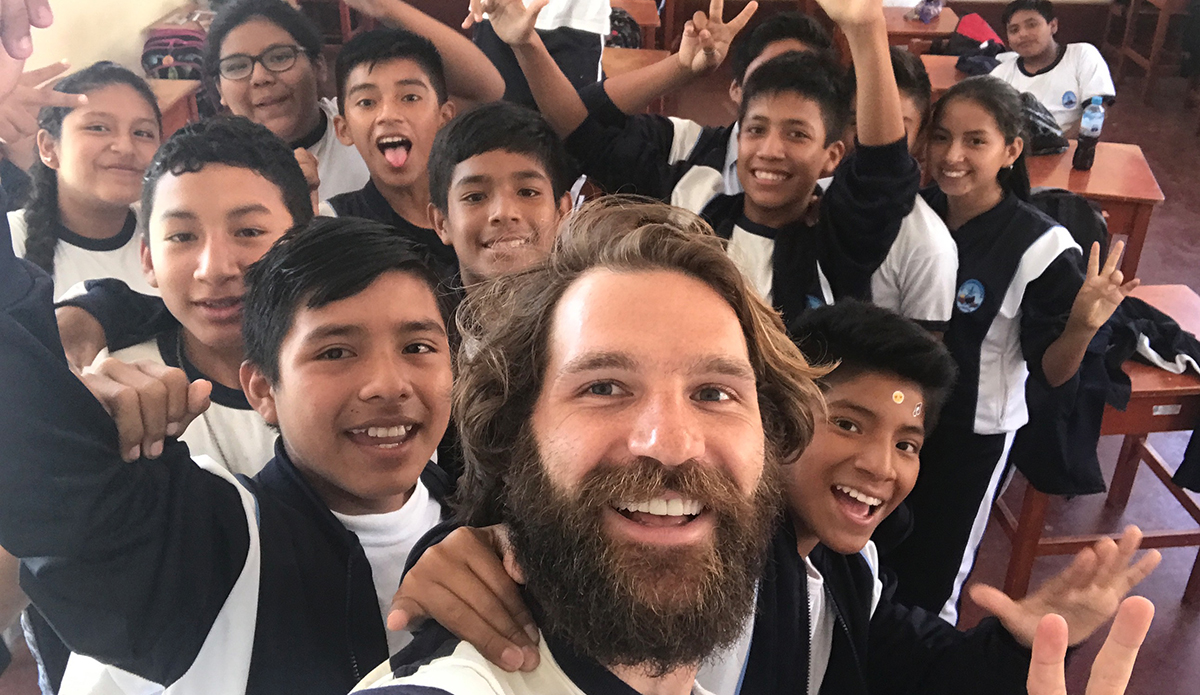 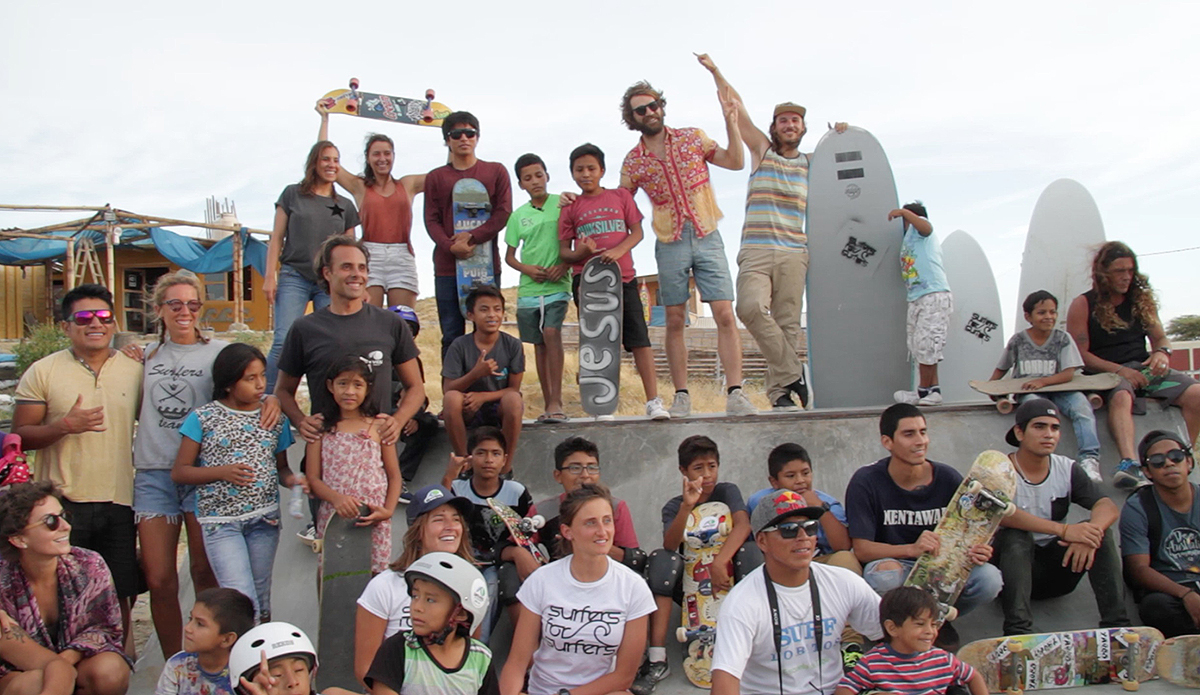 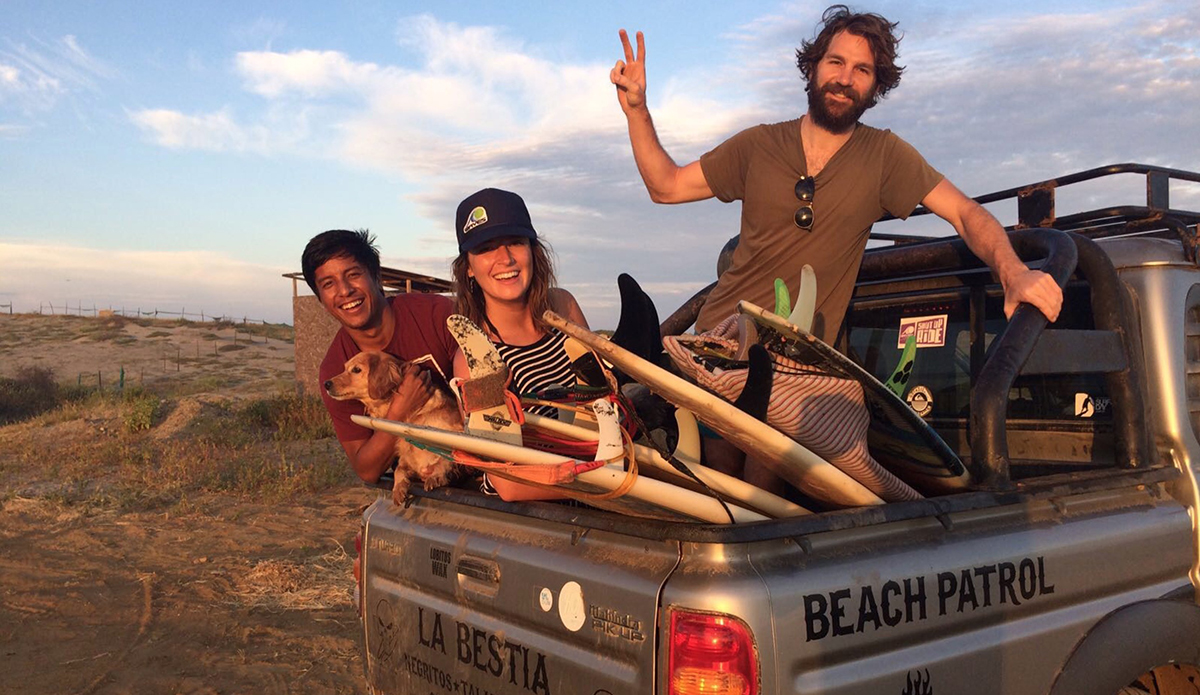 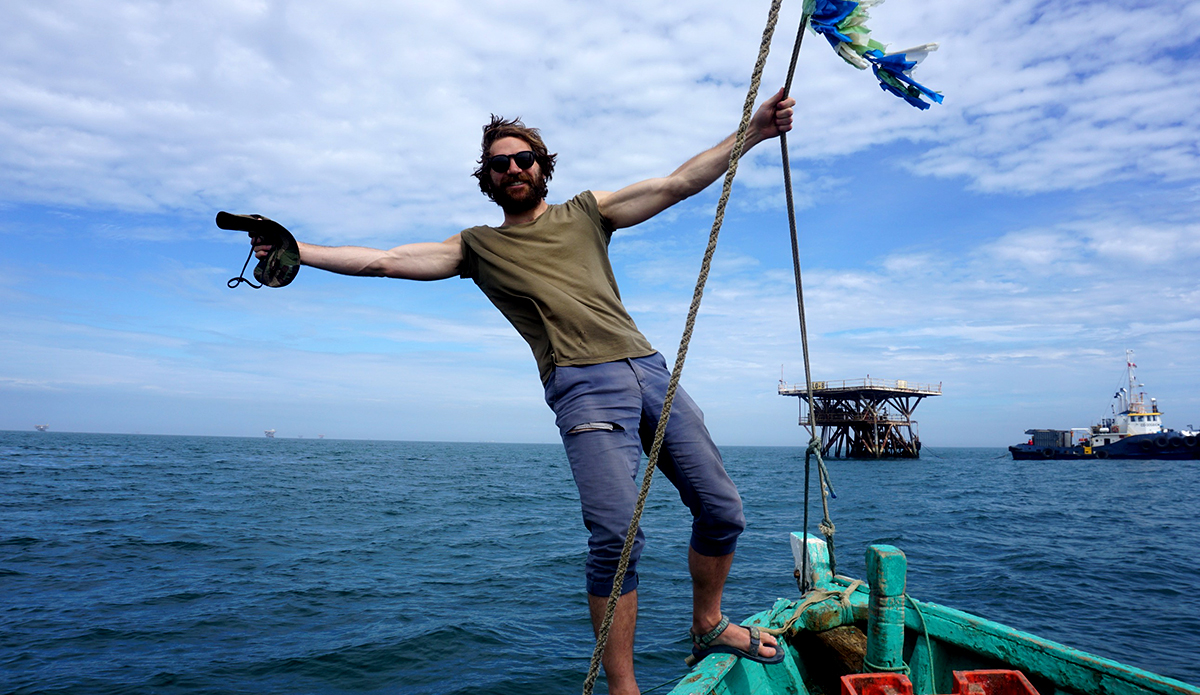 Nick taking a break from fishing during his trip out to sea with a local fisherman. | Photo: Nick Roubal 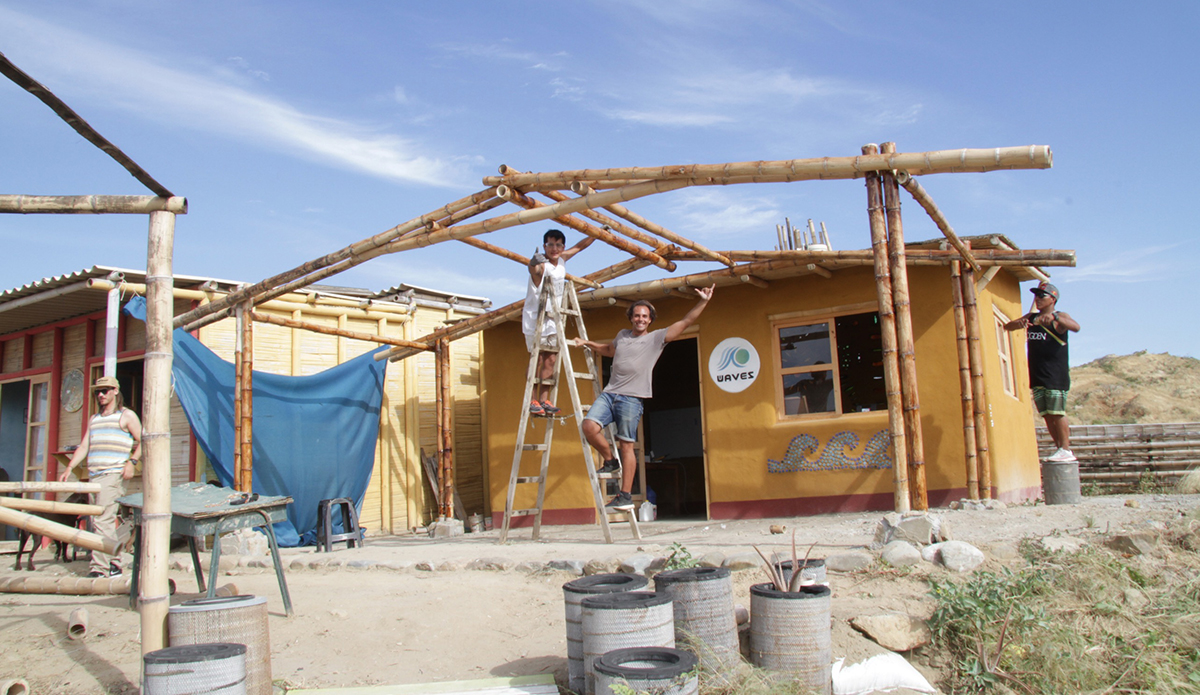 Ecobuilding at it's finest! The WAVES center in Lobitos, Peru is built out of recycled and natural materials. | Photo: Nick Roubal

“Lobitos, Peru. In the North on the Pacific coast?”

“Not ringing any bells.”

This conversation was not uncommon in the weeks leading up to my time with WAVES for Development.

However, people have infinite and varied reasons why they may or may not have heard or visited any part of the world. I subscribe to the idea that adventurists, specifically surfers, share a common cerebral dysfunction. It forces them to act absurdly and make odd decisions. For example, it seems odd to become an amateur meteorologist, willingly wake up under the dull glow of the moon, squeeze into an artificial neoprene cloak, cheerfully battle the wind, currents, and cleanup sets, only to struggle with other hungry surfers to embrace in a few moments of energy from a weather system that started a quarter of the way around the globe. Wouldn’t it be easier to hit the snooze button?

Fortunately, this mutation also provides the enthusiasm to search the globe for locations, people, and communities to share in this seemingly deranged hobby that has given me and others so much joy over the years.

A yearning to give back to the community has been lurking for some time now. Rather than a typical trip void of charity, the feeling of helping others while sharing a genuine passion felt appealing almost to the point of obligation. Over the years, I’ve become acute to the fact that locations serving as travel destinations often neglect to connect visitors to the community they are touring. I have also always believed that my most honest output comes when I can share a common passion and a sincere interest with others. I always thought that surfing was one of the most difficult sports out there, requiring countless days of practice, failure, and working through frustrations. But, it is also an activity that results in immense rewards, personal achievement, and bonds us to a natural environment.

With these thoughts in mind, the search was born for a way to share a love of the ocean while working to inspire empowerment, confidence, education, and community-driven action. After a bit of internet research, I contacted WAVES.

I committed myself to three weeks in the seaside fishing village/military station/former oil-boom town of Lobitos, serving the community. I wasn’t sure what to expect when arriving in Lobitos. I knew that the recent El Niño floods had been devastating to the region and that school had been postponed for six weeks due to the floods.

Upon arriving, I was immediately swept away by the beauty of Lobitos. Crossing a river traveling in a local “combi” (van) from the nearest town gave way to an abrupt aesthetic of vast deserts, sweeping ocean, dismantled buildings, distant oil rigs, rows of homes, churches, and large spaces that nature had reclaimed from previous lives. The setting was unfamiliar yet curiously welcoming and deeply layered.

The geniality, positivity, openness, and attitudes of the people in the community and the staff at WAVES were immediately embracing. After hearing, “you can leave the doors unlocked and leave your things on the beach… no one will take them,” I knew that Lobitos was a different type of community. There were a trust and bond that can feel uncommon these days.

The first week in Lobitos, I worked on rebuilding parts of the WAVES center that were in need of repair after the floods, assisting in English class, teaching swimming classes after school, and preparing a skateboard ramp for a bbq and party for the kids at the end of the week. One of the strongest aspects of the program was the frequency in which volunteers engaged with the children in the community. I could see a group of kids at school in the morning, in the local family-owned restaurant for lunch, in the water during swimming lessons, and again at the community center at the end of the day. The more I engaged in activities, the community, and the children, the more my benefaction and connection could make a difference.

Note: A big thank you goes out to Nick who wrote this blog post and volunteered with WAVES for Development for three weeks in Lobitos, Peru. For more of his adventures, follow Nick on Instagram.

Interested in a volunteer surf trip of your own? Check out WAVES’ programs in Nicaragua, Peru, and Mexico here.