How Tia Blanco’s Building a Brand as a Vegan Ambassador 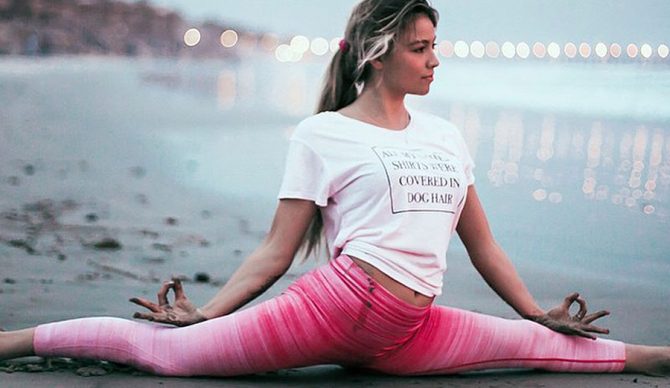 Tia Blanco isn’t your average surfer. At 19, she’s a killer athlete whose resume ranges from working with Playboy to starting a strong and promising competitive surfing career with the possibility of becoming an Olympic athlete in her future. Oh, you might have forgotten that; surfing in the Olympics is actually a thing now. So what more could a girl straight out of high school actually want?

I’m not sure where I went wrong on the trek through life, but it looks like I need to start following in the Blanco footsteps. One of the many pieces of Blanco’s “brand” is that she’s vegan, and has become recognizable as one of surfing’s influencers in living a healthy lifestyle. Yes, an up and coming pro surfer who won the gold medal both in 2015 and 2016 in the ISA Open Women’s World Surfing Championship is a vegan. In 2014 she won PETA’s “Libby” Award in acknowledgment of her work as a vegan ambassador and is currently up for another award from the organization as “World’s Hottest Veg Celeb.” All this recognition has now parlayed itself into a role as a wellness athlete for the company VeganSmart. She’s teamed up with the brand and rolled out her own signature peaches and cream protein shake.

“It’s very important to me that I partner with companies that I really believe in. I travel around the world competing, and having such an incredible support system with the VeganSmart team has really helped to drive me even further,” said Blanco.

For anybody unfamiliar with the brand, VeganSmart is a premium line of plant-based nutritional protein shakes working with athletes from around the globe, all swearing by the product. Now they just happen to have one of surfing’s up and coming names on that same roster.  She’s cute, athletic and seems to have her life right on track for a 19-year-old, but is going vegan a new lifestyle the surf community might soon come to follow? I sure hope not, because I’ll exclude myself from that group right now. But whatever it is, Blanco’s killing it.