How To: Get Shacked in Europe While Earning a Masters Degree 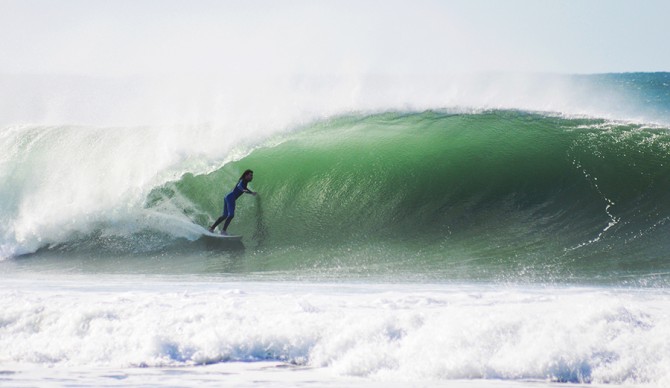 After graduating with a B.A. in philosophy from UC Santa Barbara, I was qualified for…not much. Just another cliché liberal arts degree recipient posted up at mom and dad’s house in Venice. I decided to travel a bit, got a restaurant job and dabbled with brief freelance stints at surf companies. As nice as it is moving back into your childhood bedroom (not), a change of scenery was urgently needed.

I came to the conclusion that I couldn’t continue the cycle of saving money at a shitty job, going on a surf trip, coming back home broke, and repeating. It was time to start considering a “kill multiple birds with one stone” strategy.

Having heard rogue murmurs of affordable master’s degrees overseas, my curiosity was sparked. How about the waves though? While I had been to Europe many times to visit my Swiss family, I had never actually entertained the idea of doing a shred trip along Europe’s west coast. If I’m going to travel that far to surf, I might as well go somewhere tropical, right? Hell, I had never even set foot into the Atlantic.

Europe was the calling, but the wave knowledge was missing. The decision was made: find a livable city on Europe’s west coast with good universities and better waves. So after stacking up about six months of Abbot Kinney bartending tip money (the only benefit of Venice’s obscene gentrification), a one-way ticket to Europe was purchased.

Flying into Bilbao in September, I was lucky enough to score some early season Mundaka. What followed were several months of making my way through Spain and southwest France, hitting cities such as San Sebastian, Bordeaux, Hossegor, Biarritz, Galicia, San Vicente de la Barquera and Bilbao. As I went along, everyone kept telling me, “Once winter comes, make your way to Portugal.” I obliged.

Linking up with some friends of friends in Lisbon, my fate was sealed. The waves blew my mind. The quality, consistency and lack of crowds (especially during the AM sessions) were like nothing I’d ever seen. The search ended and I anchored down in Portugal’s capital for the rest of the winter, scoring the best waves of my life by day and sifting through the lively streets by night. The world-class waves harmoniously complimented the diverse seaside city. Eventually, both the winter and my bank balance dwindled down; it was time to go home.

While Portugal has been getting a decent amount of exposure as of late, at the time two and a half years ago, I thought I had stumbled upon El Dorado. This became painfully clear one afternoon post dismal surf session with 1,000 of my best friends(?), drinking a $10 beer at my local watering hole that would have cost me €1 in Lisbon. 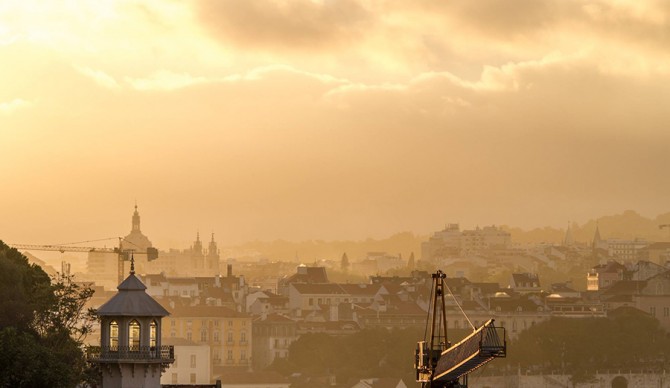 Lisbon. Not a horrible place to set up shop.

Luckily, my trip had a purpose. While in Lisbon, I began investigating the university situation. It looked promising. Very promising. With a plethora of schools to choose from, many of which have master’s programs taught entirely in English, the plan was set into motion.

Fun fact about Europe: they actually give a shit about educating people and don’t run their universities like for-profit businesses. When the priority is the educational wealth of the students opposed to the literal wealth of the schools’ faculty/higher ups, you get stellar educational programs for a fraction of the price as in America.

I am now completing my MSc in Marketing in Lisbon. The dream was actualized. Surf perfect waves in an epic city and get a master’s degree for (literally) one-tenth of the price. It may seem like a daunting task, but is very doable. I talk to friends in the states all the time and they are baffled that it’s even possible.

“But the low prices only apply to European citizens, right?”

“Getting a visa is impossible as an American, right?”

“Is my bachelor’s degree even valid over there?”

“The waves are definitely better in SoCal though, right?”

The longer I’ve been here and the more European students I’ve talked with, the more I’ve began to resent the American university system. People here in Europe cannot fathom the idea of spending up to $100,000+ on a master’s degree. And rightfully so. It’s absurd and not normal practically anywhere else in the world. The term “Highway robbery” comes to mind.

With all this in mind, my brother Simon (who also did a master’s in Portugal), my German classmate Toby (who previously studied abroad in California) and I all decided to tackle this issue head on. By using surfing as a vessel for exploration and education, we decided to help bring Americans to study in Lisbon. We call it SurfScholar. Using our combined experience and passion for surfing, we want to help students save tens of thousands of dollars getting a quality education while also charging the waves of their life and experiencing a new culture.

Plus, there is a very real chance Donald Trump could be the next President of the United States of America. It wouldn’t be a bad idea to start making a solid back up plan.

Editor’s Note: To learn more about the author and SurfScholar, go here. 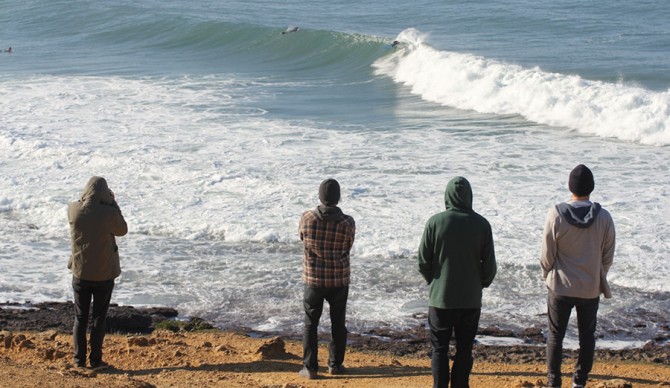