How To Spend Less Than $1,500 on a 5-Day Surf Trip to France (Including Airfare)

Editor’s Note: This feature is part of The Inertia‘s Money Spotlight, an initiative that explores the powerful influence of money on surf and outdoor culture. We’ll be releasing a feature each day this week with money on our minds, so check back daily.

Hossegor, France isn’t known as a spot for quick strike missions. It’s more of place you go for a while after graduating from college, quitting your job, or going on an extended honeymoon. It’s easy to buy a van, post up in the classic parking lot at Les Estagnots, have some wine and cheese, and wait for the waves to get good.

From California, France certainly isn’t nearby. It’s an 11-hour flight to the continent, and then you have to make a connection to Bordeaux or Biarritz. However, the expansion of trans-Atlantic discount airlines and the board rental reservation service Away-Co has made travel to Europe much simpler and cheaper. I’ve seen flights on Norwegian Airlines from LAX to Paris for as little as $150 each way. If you bring just a carry on bag, your own food, and a bunch of movies downloaded to your computer or tablet, you’re paying the same price you’d normally pay in surfboard bag fees alone to fly halfway across the world.

When you arrive, a whole new universe of culture and culinary delights await. In Nicaragua or Costa Rica, you can get just as tubed you as can in Hossegor, but you can’t treat yourself to a meal at an affordable, Michelin-starred restaurant after. You can here. The diversity is also incredible. If you get tired of croissants at the patisserie, just drive an hour and you’re eating the best tapas of your life in San Sebastian. Then you can drive right back. It’s nothing like going from say, San Diego to Ensenada. No wait times at the border, no exchanging of money to not get ripped off, no crooked cops or scary military checkpoints, no need for new car insurance, no wall or fence. You just cross a bridge over a river, and that’s it.

The waves in Hossegor get good all year, but summers are overcrowded and can be flat, so it’s best to avoid it then. The rest of the year it pumps. In winter it’s cold, consistent, and nearly empty. Spring is a little dicey in terms of wind and weather, but can be amazing when conditions turn on. Fall is magical. It’s crowded when the contests are happening, but it can be 80 degrees, offshore and sunny for weeks at a time in September and October.

Geographically, Hossegor is north of New York and in line with Nova Scotia. The ocean there should be much, much colder than it is, but it’s blessed by the Gulf Stream, which pushes tropical water all the way from Cuba to Sweden. On crisp fall mornings, you’ll actually see steam rising from the sea as the waves barrel into shore.

The waves are beach breaks in Hossegor, but they’re nothing like the ones you’re used to. They’re constantly being moved and shaped by 30-foot tides, deep water trenches and super storms rolling in from the North Atlantic. When the sand bars are at their best, the ostensibly straight coastline will bend and twist every mile or so. The emerald green waves funneling left and right down the banks will look like those of Australian or Mexican sand bottom point breaks. Some are good on high tide, some on low, some medium. Some will max out above six feet. Others won’t turn until it’s double overhead. The spots change and move every day. Even for the locals, it’s difficult to figure out when and where to surf. The old adage there goes, “if you get there when it’s good, you’re already too late.” So the trick becomes finding a place that’s about to turn on.

In October 2010, the most incredible bank I’ve ever seen appeared about ten miles north of Hossegor. The sand build-up had created a running right tube like Kirra, and it could handle big swells. There’s a hypnotic section of it in the Globe movie, Year Zero. The wave was so good that guys would lose their heats at the Quiksilver Pro France and drive straight there.

The next year I checked the wave again, and it looked nothing like it had the year before. All the sand that created the point was gone. I’ve driven there and checked it every year since, hoping against hope for its return to form, and it’s never been the same. C’est la vie.

I’ve had some of the best moments of my life in Hossegor. I’ve stayed there for months on end and never wanted to leave. There’s just something special about the ambiance: the smell of the pine trees, the moody skies, the melody of the language, the whole thing. It stays light until 11 p.m. in May and June. You could easily surf six times in a day, drink a bottle of wine on the beach, eat a pound of grilled mussels at Chez Minus, and spend less money then you would just trying to park at the beach in California in the summer.

It’s far away, but so close.

And you can check my budget, below: 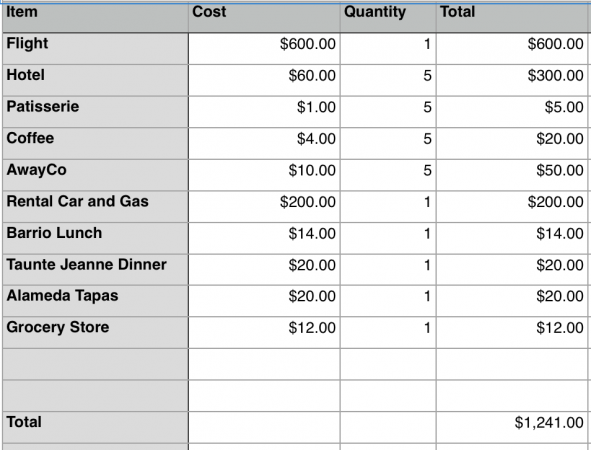 Stoked on a Budget Hossegor