The waves have been non-stop pumping for a long while in Hawaii, thanks to El Nino. When it gets big/good, a few things happen: first, all focus shifts to surfing, even more so than usual. Second–and this is a little more rare and requires a little more size–ancient Hawaiian petroglyphs can be uncovered. That’s exactly what what happened a few days ago at Pine Trees.

Normally covered in up to ten feet of sand, the petroglyphs are a very rare sight indeed. A resident named Avi Salvio just so happened to be in the right place at the right time, and snapped a few photos before the sand covered them up again in 24 hours. 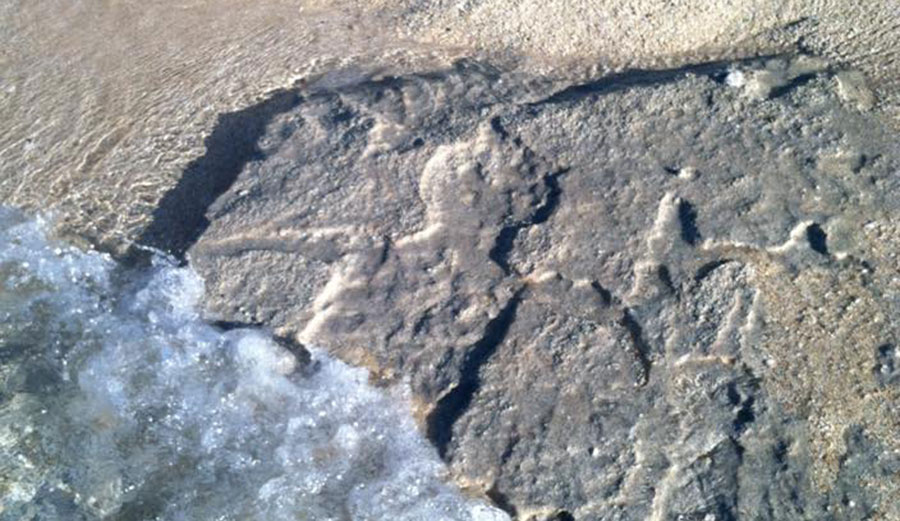 Not much is known about the petroglyphs at Pine Trees, but James Bayman, an anthropology professor at the University of Hawaii, says they may date back hundreds and hundreds of years. He believes they were created by a primitive chiseling technique using harder rocks to carve out images on the lava rock. 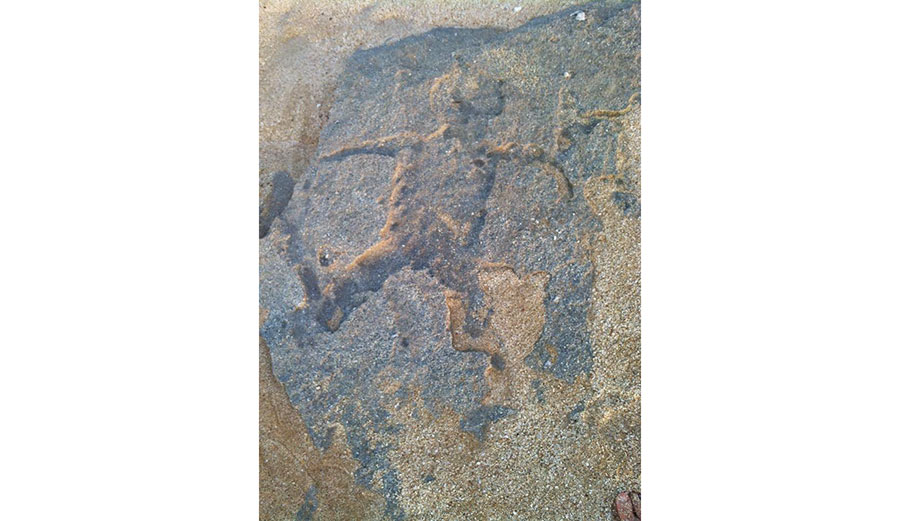 The ancient petroglyphs were covered back up with sand less than 24 hours later. Image: Avi Salvio/Facebook

According to reports, there are as many as 70 images at Pine Trees hidden beneath the sand, and there are more at Rock Piles and Ke Iki.