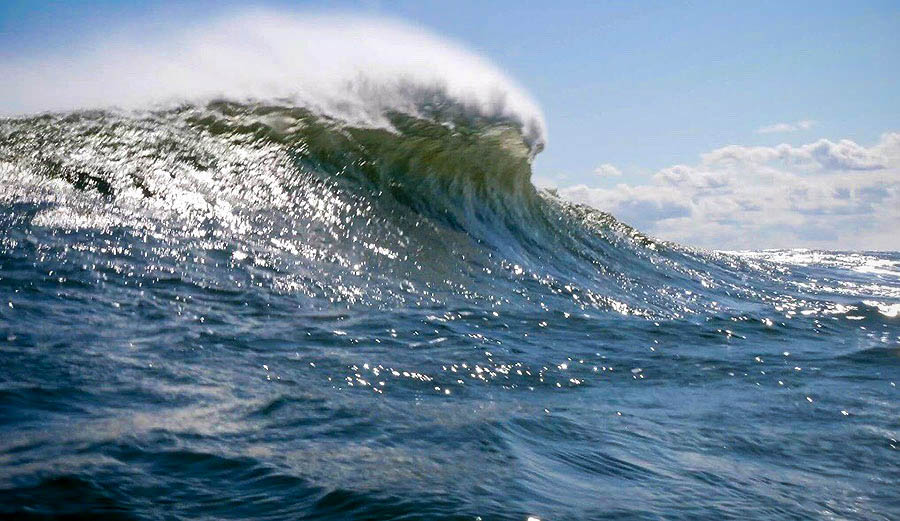 Canceling a flight to Indonesia is never easy for a surfer, but canceling it to find an un-surfed slab like this is the stuff dreams are made of. Photo: Josh Turner

A few weeks ago, I decided to cancel my flights to Indonesia, even though I was going to arrive to a pumping swell. I’d been watching Hurricane Dorian’s path for about four days, and the models were trending towards a better and better scenario for a firing swell to land in New England.

There’s a particular ledge that sits about a mile offshore of southern Maine. During a few previous sessions in the area, I’d watched it in awe, and had heard that it had never been surfed. Any time I tried to get a lobsterman to take me there, it was always too windy, too cold, or too dangerous. I knew, though, that the best scenario to score the wave would be a longer period hurricane swell that would be less affected by local winds and would be accompanied by warmer weather — and Dorian was looking like too good of an opportunity to pass up.

So, after canceling my flight, I loaded up my ski (I decided that I was getting there, lobsterman or no lobsterman), and made the seven-hour drive up on a Friday. I was supposed to meet an inexperienced, yet frothing crew that was willing to take the gamble and pioneer what might be the heaviest wave on the East Coast.

The next morning, I, along with two others, launched the ski from a nearby river mouth. We weren’t exactly sure what would be waiting for us a mile out to sea, but as we drew near, the wave confirmed everything I hoped it would: massive, shifting a-frames reared up out of the deep, throwing undoubtedly the widest and thickest barrels I’ve ever seen on the East Coast. It was 10-foot and had an uncanny resemblance to Silverbacks in Bocas Del Toro: a chip shot into a gaping, lurching right-hand barrel.

We called the boys back in the harbor to tell them that it was on, and my friend Talia Sperduto — who has only been surfing for two years but has the heart of a charger — paddled over the to peak. Two Jet Ski trips later, we had our full crew: Talia, me, James Calhoon, Jake Lawlor, Carter Ross, and novice surfing photographer Josh Turner.

I pulled into the biggest barrel I’ve ever been inside on this side of the Atlantic, but something even better went down. I got to see my friends push themselves to a new level and paddle into waves that I don’t think many experienced surfers in the Northeast would want a part of. Everyone stayed safe, pushed their limits, and, most importantly, stayed calm and positive the whole time. After the session, I drove through the night with Jake and James to catch the final pulses of the swell at a point in Nova Scotia.

I’d like to bring slab hunters from around the world to this wave in the future to give them a taste of the power that the East Coast can offer. Hurricane Dorian’s swell was solid, but I have no doubt that when a future storm takes the perfect track (much like Hurricane Bill in 2009), this wave will hold up to 20 feet.