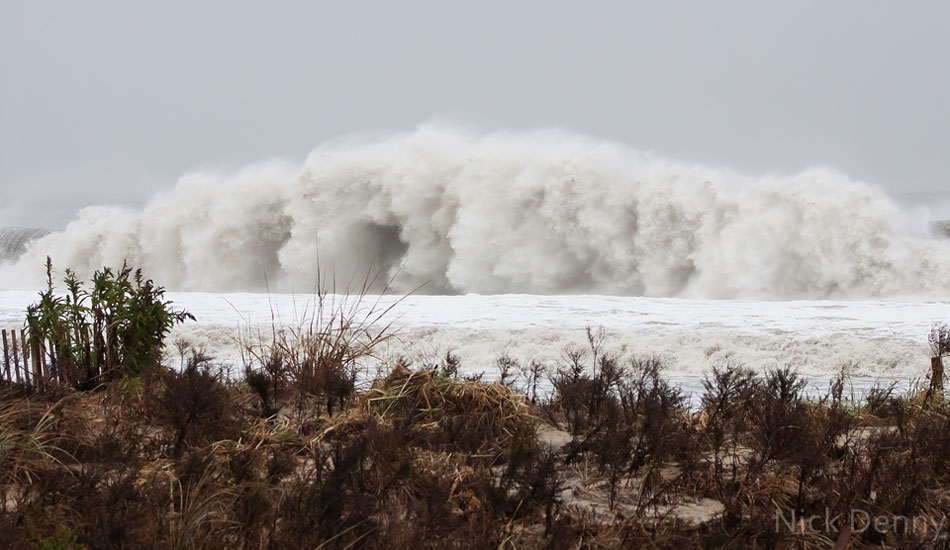 When was the last time you saw a whitewater explosion that large in Maryland? Not to answer for you, but probably never. Photo: Nick Denny 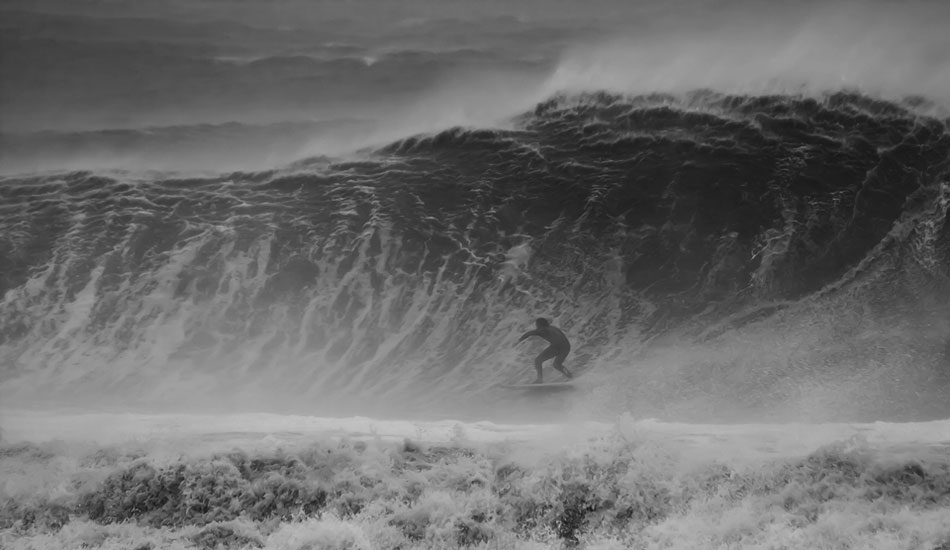 Raven Lundy on one of the biggest waves we've seen surfed in Maryland. Photo: Nick Denny 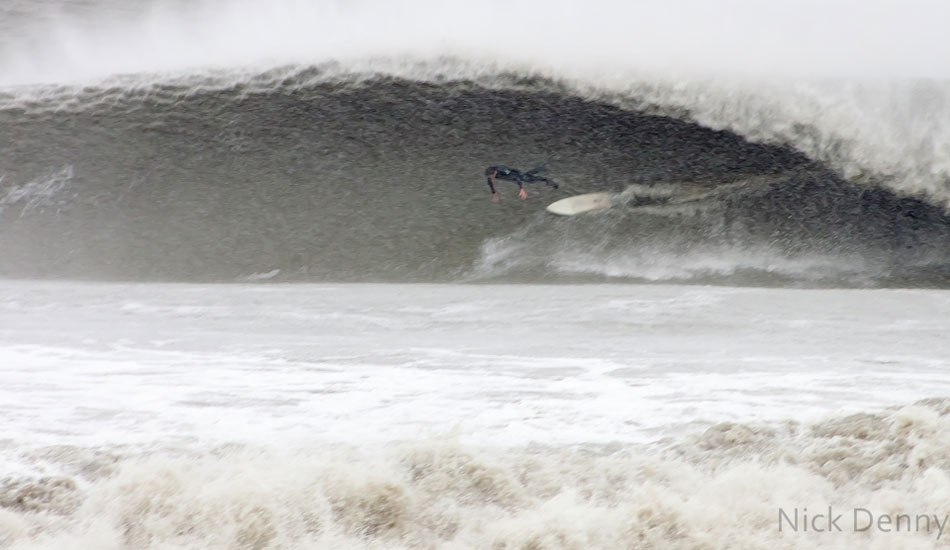 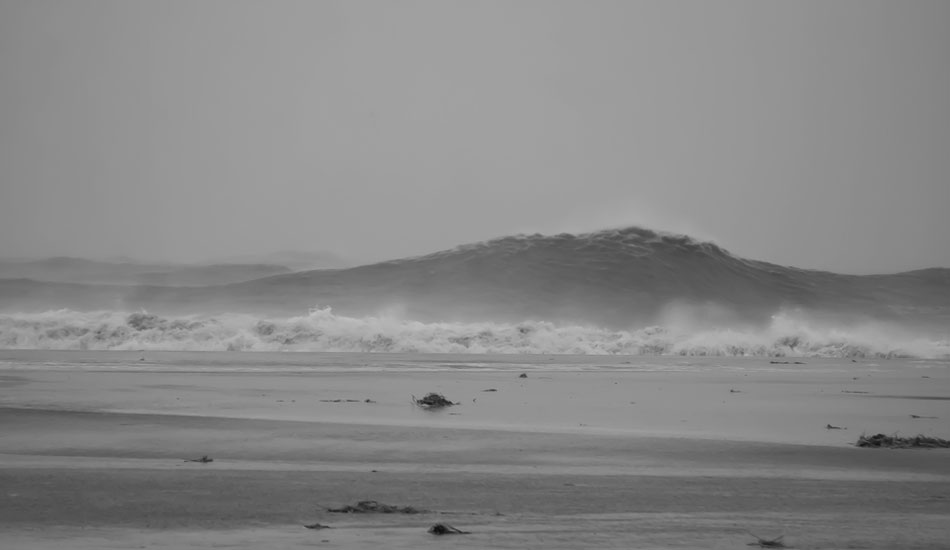 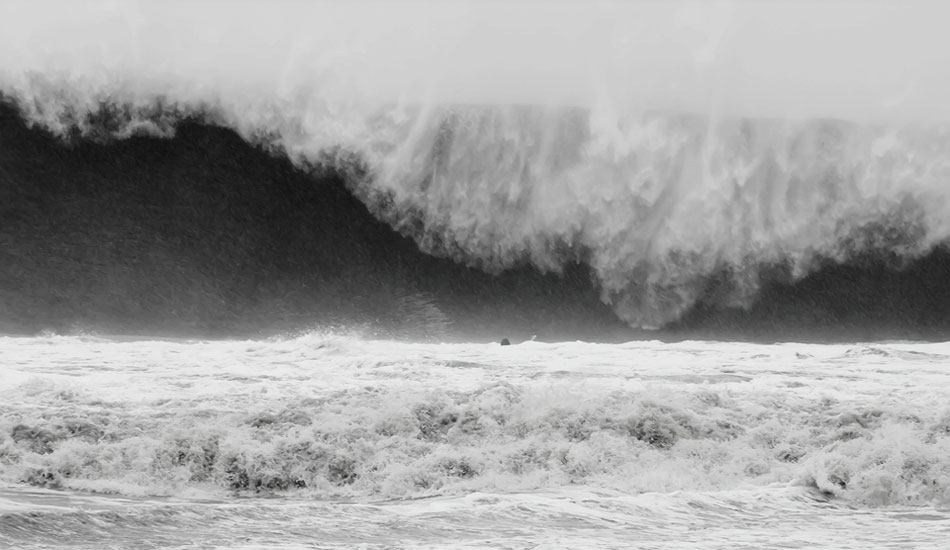 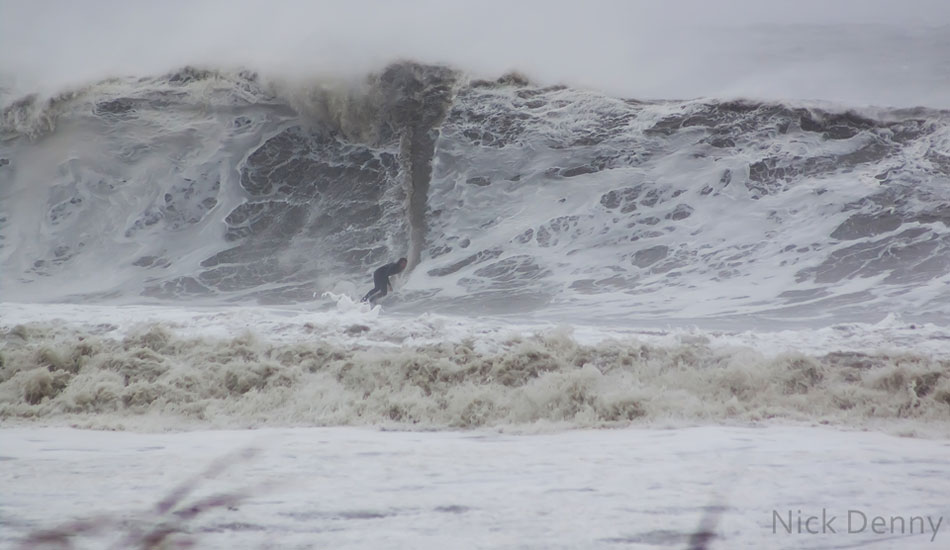 Another heavy one. Photo: Nick Denny 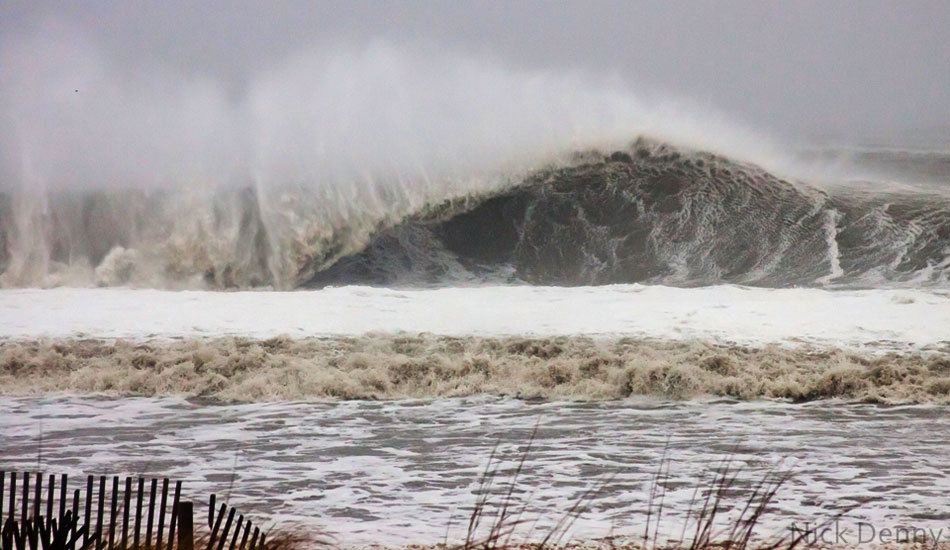 Todd Elder is in there somewhere. Promise. Photo: Nick Denny 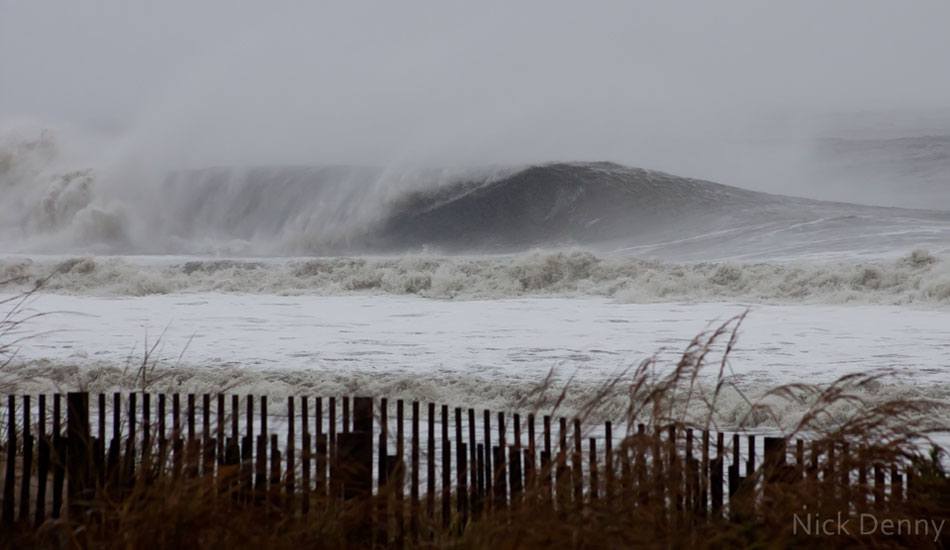 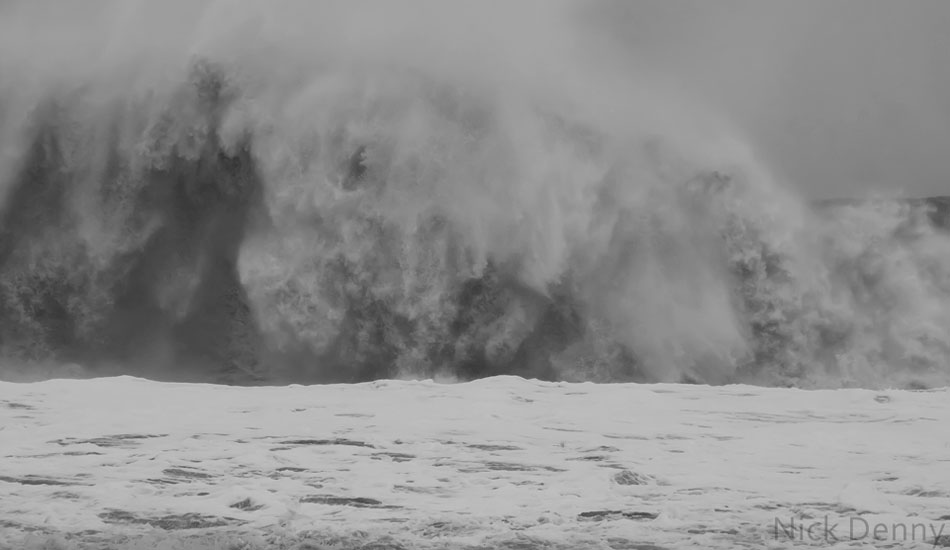 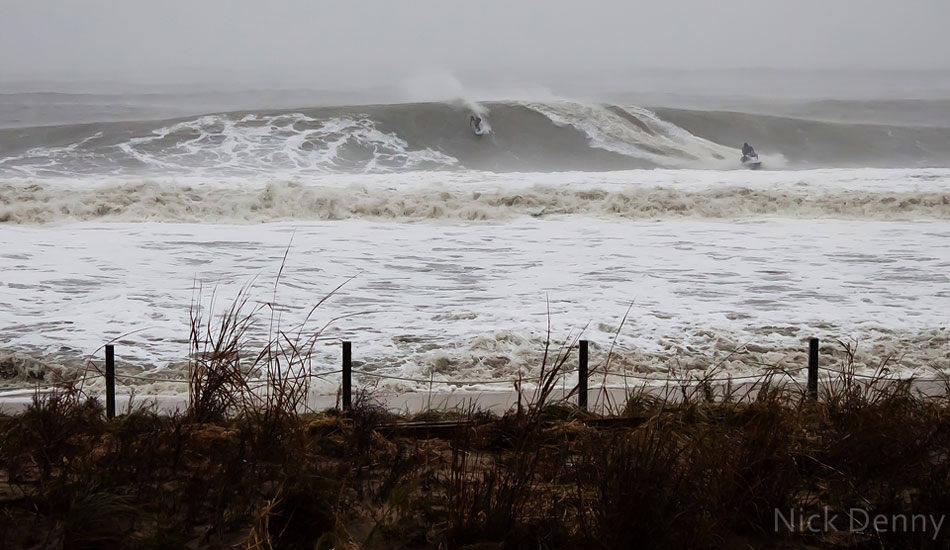 You paddling out? Photo: Nick Denny 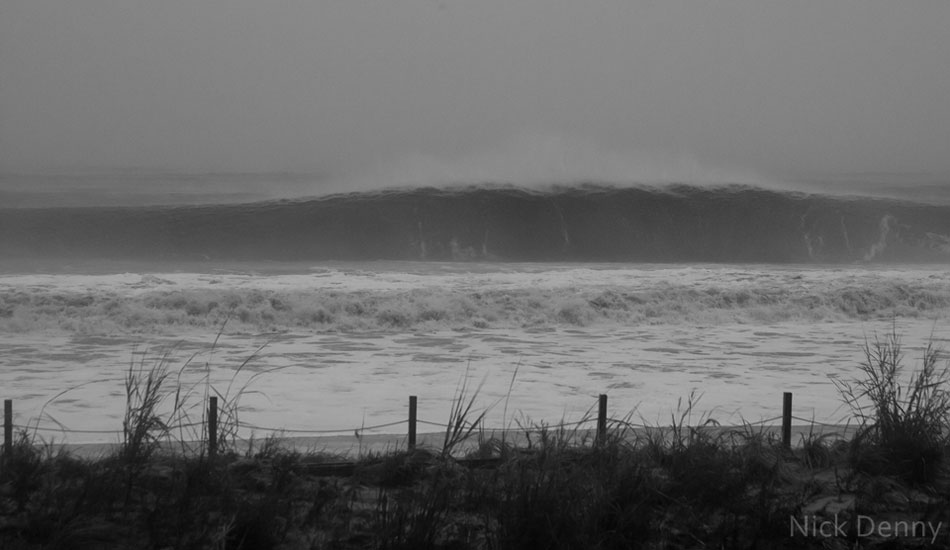 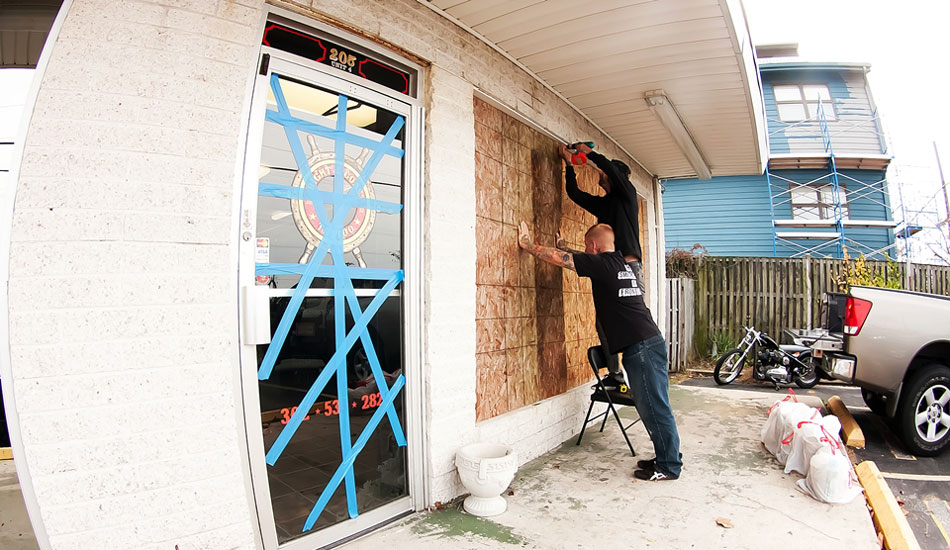 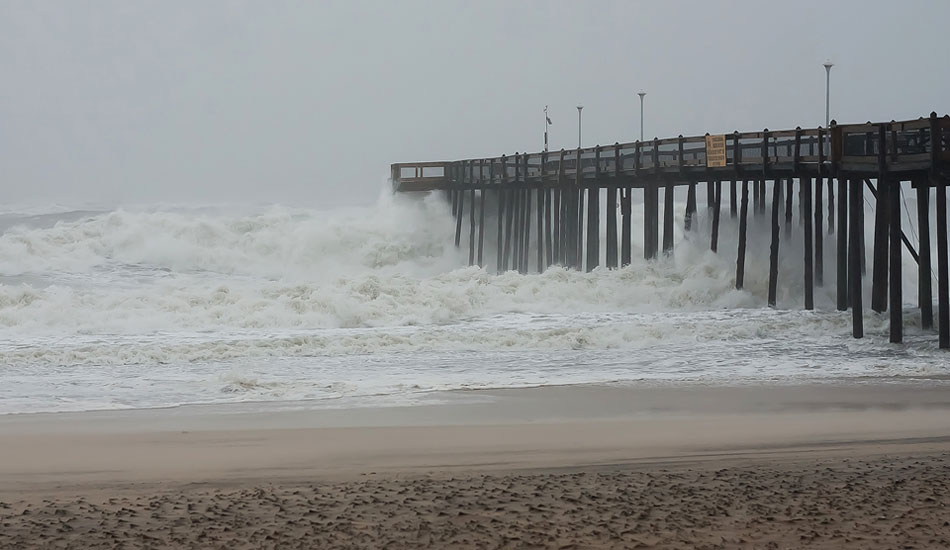 This storm was crazy. I’ve been shooting and documenting the hurricanes and storms that hit Maryland for the past few years, and have never seen anything like Sandy.

Conditions were terrible two days before the storm even hit. Friday night we started to see a little wave, and by Saturday it was really filling in with some solid overhead waves. Sunday wasn’t even rideable. The sea was raging. I shot a few pictures around town, trying to capture a wave, but came up with nothing. Evacuations began flooding in on Monday and all access to the downtown Ocean City was restricted. I had to park in West Ocean City, sneak past the road closure and walk over the bridge into town. While I was walking, a cop was just leaving and as he saw me, slammed on his brakes and pulled a U-turn. I ran down the sidewalk until I hit waist deep water. We exchanged a long glance before he decided to leave me to try my luck with the raging ocean. I made my way down to the pier and saw solid 15-foot waves rolling in, hitting the top of the pier, causing serious damage. An hour later Raven Lundy called to tell me they were going to surf. I got into town an hour before they stopped letting people into the city and linked up with Colin Herlihy, Todd Elder and Raven. They tried getting the ski in for over an hour when the National Guard showed up. We hid under carports and waited another 30 minutes when I got a text saying, “They are gone, we are going for it.”  Twenty minutes later, Todd and Raven went out on the ski. Todd surfed first, followed by Raven, and then Colin. They all got a handful of waves, Raven scoring the biggest one. Conditions started to get really bad and rumor had it the only way out was flooding so I had to go home to my dogs. It was kind of scary shooting those guys. I was convinced if something happened and the ski was taken out that things could go sour really quick. The current was ripping and sucking them out so fast. Raven had a serious hold down that was pretty scary to watch, knowing all the while that I couldn’t do anything to help him. All three of them put on a hell of a show, though. As far as I’m concerned, they made history that day. No doubt the biggest wave ever ridden in Maryland.

Visit the Red Cross in order to make a donation and help those affected by Hurricane Sandy.