I Blew My First Wave at Kelly Slater’s Surf Ranch!

“If you had one shot or one opportunity to seize everything you ever wanted in one moment, would you capture it? Or just let it slip?”

The water is 59 degrees, and I’m shaking with nervous energy. After 42 days of waiting since I got the invite, a three-hour drive through shit-smelling pastures, and a sleepless night in a hotel, here I am. In Lemoore, California. Inside the doors of the Surf Ranch. I’m bobbing in the water at Kelly Slater Wave Co. at pole number 32 about to have a come-to-Jesus moment.

Dylan nominated me to go first in our group. I anxiously accepted, and there was nothing left to do but rise to the challenge.

He’s nervous, but on the surface he looks calm and ready

I’m burning with anticipation like a kid on the stilted climb of a roller coaster as it makes its way to the peak. Clink. Clink. Clink. The weightless, sudden drop is imminent. Clink. Clink. Clink. My stomach is in my chest. I’ve seen eight-year-old kids pull into throaty barrels here. That’s why I’m here. I want that. I want that feeling and a few hundred resentful likes on a future-dated Instagram post. It’s all at my fingertips.

The freight train speeds towards me. A mound of energy spikes through the water in my direction. I spin around. I clumsily stumble to my feet.

The wave is fast. I try to relax. I hear a yell from the jetski, “Get barreled!” 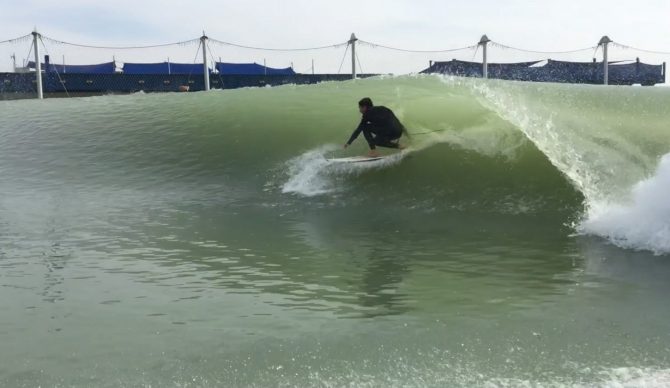 I can taste it! It’s all lining up so perfectly!

He opens his mouth, but the words won’t come out

I shift my weight forward, hug the wall of the wave, and my board rises up the face. I try to hit the brakes to lock into the right position. I’m too high on the wave face. The lip starts to hit my head. I’m slipping. The margin for error is small. I’ve made a fatal mistake.

He’s chokin’, how, everybody’s jokin’ now
The clocks run out, times up, over, blow!

I fucked up. I awkwardly hit the water. The violent train of mechanical energy passes, and I rise to the surface. 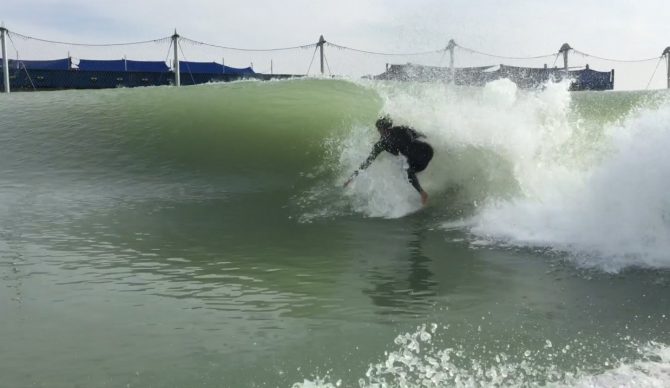 This is the moment I destroyed my dreams.

I’m wearing a self-aware smile, but inside I’m fuming. Writhing with something closely resembling self-hate. It’s 100% me. It’s not the wave. It’s not my board. I couldn’t keep my composure.

Even more shameful, I’m certain that expressing any form of sincere frustration is completely inappropriate. I’m the luckiest asshole on the planet. I got a golden ticket. Me. I don’t deserve anything, much less the opportunity to test-drive this multi-million dollar pinnacle of science, nature, and disciplined dreams. To do anything other than smile and laugh is to fuck up again, more meaningfully. Gratitude is the only appropriate feeling. Which is quite the challenge in a moment like this:

In this context specifically, accountability lives under a microscope. The engineers already made the perfect wave. It wasn’t surface chop. It wasn’t a funky swell direction or knob in the reef. I didn’t get burned. No one was paddling in my way. It was me.

My instincts were off. Better surfers had an easier time anticipating the wave’s next move. Again, me. Someone told me Kelly blew his first wave, too. Somehow I doubt that.

You better lose yourself in the music, the moment
You own it, you better never let it go
You only get one shot, do not miss your chance to blow
This opportunity comes once in a lifetime

I was lucky. I got one more shot, and I fared a little better. It was the shot in the arm I was hoping to feel when the machine went clink, clink, clink.

When you get yours, be ready. Don’t let it slip.