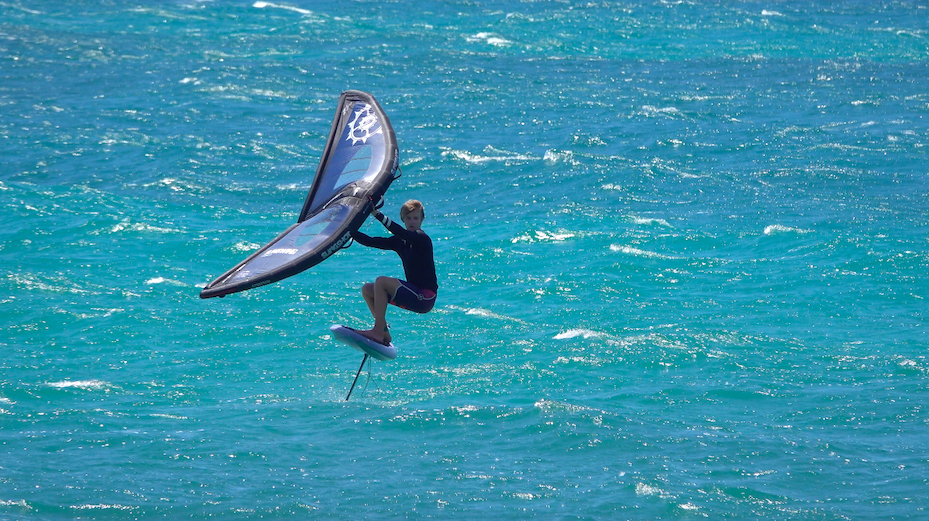 I was in the water recently with a friend. The waves were what they were: Small, windblown, shitty. That’s when, sitting there bobbing up and down in frustration, surfers start discussing other pursuits that can get us going. Because here’s some truth: it ain’t six feet and firing very often.

I mentioned I’d been messing around with foiling and his immediate reaction was telling: “I just hate the way foilers act in the water.” Is that where we’re at? Foilers are lumped into a big pile: those who use paddles or pop-up, they’re all the same in the eyes of most surfers who don’t. I explained that I actually refused to learn to foil in the surf. I’d taken a stand. Allow me to break it down.

I’m really lucky – I split time between Southern California and Boise. So I get to experiment with wind sports in a number of settings. I’ve learned (am learning) to foil in downwind conditions.

In my opinion, foiling in lineups is way, pardon the pun, out of line. Foiling, unless you’re Kai Lenny, should be reserved for way-out-of-the-way breaks, where the waves come in fat, and basically don’t break (see the surf in front of a certain nuclear plant as an example). The higher the tide, the better. There should be no one within 100 yards of you as you flail in the sea. With wind foiling, you get the same foil experience (the weightlessness, the powder-like feeling, the speed) but you’re on a giant river or lake, or out in the middle of the ocean on a downwind run where you can’t hurt anyone with the giant scalpel attached to your board. I like to think of it as wilderness surfing. You can use downwind bump to surf in the middle of nowhere. With no one around. Totally alone (mostly).

But the caveat. To do this, you have to either A) learn how to kite B) learn how to windsurf, C) paddle in, or D) try this new thing called a wing (see above). That’s what I did. A wing is basically like the old windsurf weapons from the eighties (these things), but now they’re simply inflatable and not attached to the board, making them fairly convenient. Yes, some in the wind community think they’re kinda kooky, but at a certain point, who gives a you-know-what, right? Kiting and windsurfing take so much gear and rigging, and not everyone has a five-mile stretch of sand nearby where they can learn and be dragged aimlessly without getting injured. With the wing you can capture the speed and power, and then cut that power off and just surf – or get on foil – at any moment simply by moving your hands. You don’t need the real estate you do for a kite or have to fumble with a windsurf setup. I actually purchased an Ozone Wing that I can use on snow as well.

Here’s what a small day of downwind foiling looks like. Note, these guys whip in with a ski:

As far as my foil setup, I used a really clean piece of equipment from Slingshot to learn: the company’s 7’6” Outwit, which is actually for paddling, but the 140 liter volume allowed me to have a stable platform so I wasn’t fumbling like a gorilla (too much). I found the thing really easy to turn, with easy release off the water and when I did come slamming back down after being on foil, the surfy feel of the thing allowed the contact with the water to be a bit more smooth (trust me, after having H2O shoved up my sinuses multiple times after going over the handle bars on other rigs, that’s important).

Slingshot has been in the wind game for years and have it dialed. Four simple screws attach the Hover Glide foil to the board. With an 84 cm front wing, the Hover Glide is one of the brand’s biggest (the mast is 61cm, see below). What does that mean? The bigger foil allows the rider to catch smaller waves and better utilize the power of wind bump that doesn’t generally have the oomph of waves breaking in the ocean.

There were moments when I looked like a giant dead crow to be certain, my wing flapping over me like the enormous appendages of a deceased bird out in the middle of a nearby reservoir that has prevailing easterly winds every morning. The hardest part was getting to my feet and getting the wing in the proper position with the wind – wind theory is a whole different animal, hold it wrong and you’ll never get started. The most optimal is to have sideshore wind, where you can hold the wing at a 45-degree angle to the breeze to capture the most power while staying in control. Then you practice going up wind before turning to go downwind to surf bumps (where the real fun is, IMO). It’s a giant game of feeling it out and the wing allows you to do that without a whole lot of consequence, unlike a kite (check out this little read for a really solid tutorial). 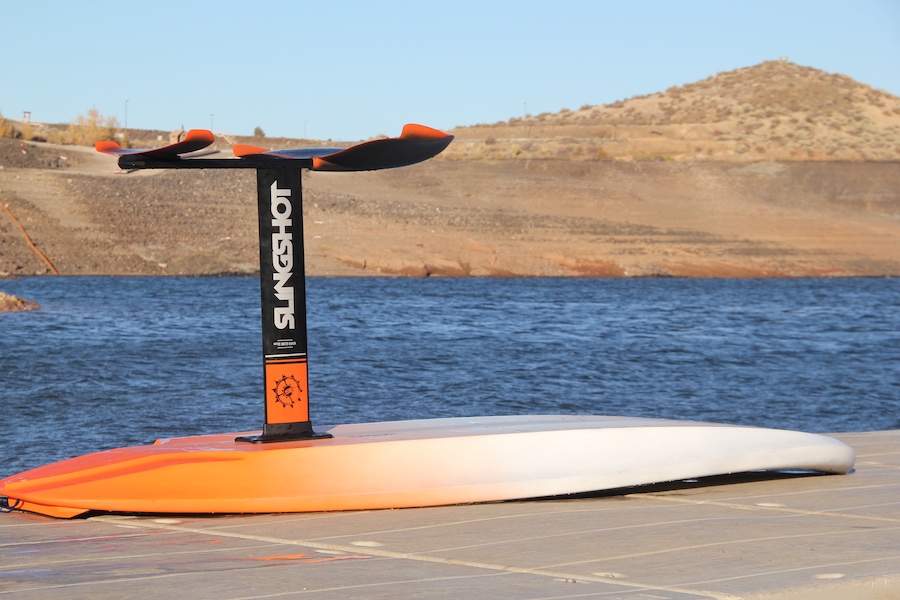 Now that I’ve taken my beatings, I’d consider starting a couple sizes down — to consistently stay on foil the wind has to be at 20 knots to first create enough speed to get my fat arse up, and second to create bumps big enough to actually surf (which, again, is where the fun is at). A smaller board (like this Dwarf) would allow you to get on foil much easier and with the bare minimum of 15 knots. That said, if you’re learning to both use a foil, and catch wind, then a bigger board is definitely the best option.

Needless to say, it was a radical education in wind dynamics and foiling. So my takeaway? Here are three things you should consider before totally turning your nose up at foiling.

When the Waves are Bad, It’s Still Good

This is a big one. You actually find yourself hoping for onshore/sideshore wind, or the proper direction to foil with in downwind swell. Wether it’s the Maliko Run on Maui, Dana Point to SanO in Southern California or Viento to the Events Site in Hood River, downwind foiling is a super-fun, under-utilized sport that can be pursued wherever there are prevailing winds. One of the coolest aspects about figuring out wind was all the quirky characters I was introduced to that I glommed information from. Dudes living out of their trucks at the Fish Hatchery in Hood River, quirky-yet-gifted veterinarians in Boise, people aren’t as concerned with crowds in the world of wind so it’s easier, and less of a frowned-upon practice, to ask for advice.

No, you won’t be getting radical where the waves meet the beach. To foil in wind is a lonely experience (which is truly grand). Where I learned, the wind whips between a 300-yard wide stretch of water with lava-rock canyons on either side. There’s no road nearby. You have to hike or prone paddle to get in position. There’s no one nearby to growl at you for eying their wave, no one to give you sideways glances as if to ask where you’re from, and no crowds. As mentioned before, downwind runs in the ocean or in places like Hood River are ideal (and pretty lonely as well). Imagine surfing waves miles out in the middle of the ocean.

It’ll Make You a Better Surfer

Perhaps you’re not worried about this but I’m all about different sensations. Old equates to boring. You’ve probably heard this but the feeling of being on foil is pretty unreal: it’s sort of a mix between slicing through fresh powder or surfing on fog. It’s weightless. There’s no resistance and any movement can be the difference between a beautiful, arcing turn or a horrific face plant. Foiling forces you to open your stance a little more and reminds you to find the balance between staying low and standing straight. And stillness. Lots of stillness. Keeping the body quiet. Wind foiling also requires you learn to ride opposite-footed. When you’re moving upwind opposite of your natural stance you have to twist your body awkwardly to get the wing in proper position. Best to just go switch foot. And nothing helps your surfing more than surfing in the opposite stance.

Editor’s Note: This piece is dedicated to the memory of Steve Gates who passed away this week after a long battle with cancer. Gates, who owned Big Winds in Hood River, Oregon, was a passionate surfer, rider of wind in many forms, and a fantastic human. RIP.