I Traveled 6,000 Miles For Surfing’s Olympic Debut and Watched the Opening Day In a Hotel 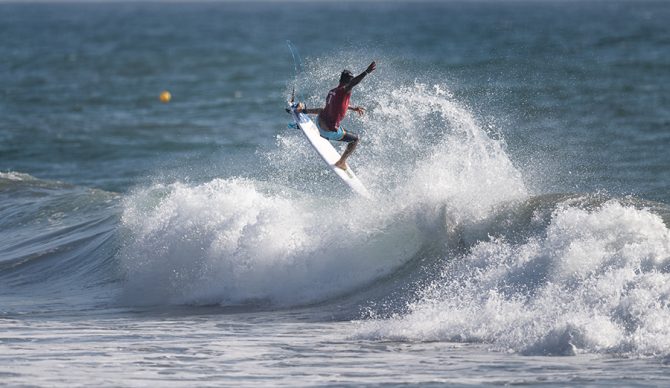 Getting to Japan isn’t easy these days. Getting anywhere isn’t easy. The pandemic has shut down global travel like a steel trap as governments around the world work to contain an invisible threat that’s changed all our lives. But damnit, I applied for my Olympic credential two years ago. I wanted to see the spectacle. The pageantry. I wanted to see which surfer would end up on a Wheaties box.

It almost didn’t happen. COVID-19 hit, the Olympics were postponed a year, and the Japanese people weren’t really sure bringing thousands of athletes and fans into the country during a global pandemic was worth it. But television rights. That’s what’s feeding this beast, so the show had to go on. And I’m a stubborn bastard, I guess.

The mound of paperwork to get here has been deep – 14-day activity plans so the Japanese government can track my movements, COVID tests (two before arriving, another once touching down). No less than two app downloads – one a health app, the other an exposure app. As in, who’d I sit next to on the plane that tested positive? And that’s before all the stuff I forgot once I reached Japan (thanks Puma track coach who saved me with a document I didn’t have, and needed, at LAX). I traveled nearly 6,000 miles to get here, and because of a required quarantine once you arrive, I had to watch Round 1 in the hotel room. I’ll be there tomorrow. 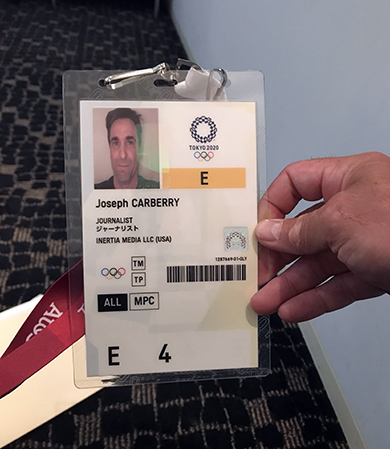 I did snag a quick peek of the venue at Tsurigasaki, an infinite stretch of beachbreak and a center for surf in Japan. Local surfers disappear up rock-strewn, single track trails to their favorite spot each morning, Airbnbs abound and surf shops of all shapes and sizes decorate the streets. Sadly, Japanese surf fans can’t even watch surfing’s historic debut from the beach in their own country, so they gather in chairs, on porches, or in those surf shops to watch the livestream, their clapping and cheering heard loudly early in the morning as the Japanese surfers take to the water.

The Olympic surfing venue is well fortified. It’s set far off the road with health checks up front to screen media and athletes. Only those with credentials can enter, and even those that do need that mound of paperwork on hand in case any detail is forgotten. The Japanese government is not going to let this pandemic spread further because of the Olympics, convenience be damned.

The surf was, well, it was surf. You can’t really mention Olympic surfing without acknowledging the rift it’s created amongst the core: like snowboarding before it, and skating and climbing, the outspoken dedicated aren’t into it. And on some level, I’m with them. Surfing is something you do, not something that sells product. That’s great in theory but not entirely true. It hasn’t been true for years. Many were worried that the surf, or lack thereof, wouldn’t show our game in its best light. This isn’t Japan’s prime time for waves.

But a miracle today. A typhoon swell and the winds that were supposed to ruin it, didn’t. That swell is still building here so we’ll see how the next few days work out. But it looked fun and got a little bigger – emphasis on “a little” – through the day. With the men, there were a few sure things: Italo Ferreira, Kanoa Igarashi, and Gabriel Medina all looked prepared, relaxed, and ready on their way to wins (and automatic bids into Round 3). Medina threw a mind-numbing amount of air reverses, poo-pooing open sections to chuck himself. Over and over again. 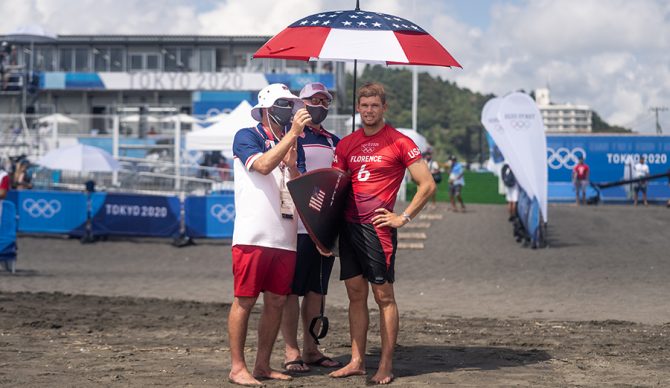 Surprises? Owen Wright looked better than he has in months, as did Michel Bourez, who had supreme pop in his surfing despite the teeny size. John John Florence stood out for not standing out. That wasn’t so much of a surprise, having undergone knee surgery two months ago. He just looked tentative on his finishes. Each time he’d try to throw an air reverse without completing his rotation I grimaced. (Selfishly, I’d rather see him win world titles.) He was surely hoping for spiraling cylinders, where he could use his instincts to simply pick a line and go straight. That didn’t happen. He staged a decent comeback to stay in the event, winning his repechage heat. I wonder if he takes the rest of the year off after the event? 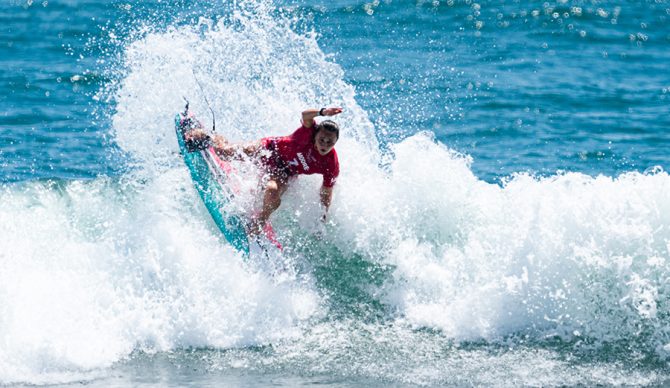 The women? Carissa Moore. She was fired up, blowing fins, looking fast. And what of her longtime rival? Stephanie Gilmore was fantastic, nearly maxing out her score card with the highest combined heat total of the day on her way to a Round 1 win.

Sally Fitzgibbons was amped up as well, and looked the part, jumping out to a heat win. The women’s side (and the men’s, really) was dominated by CT surfers, with Moore, Gilmore, Fitzgibbons, Tatiana Weston-Webb, and Caroline Marks all grabbing predictable wins.

Round 3 is up next with better surf coming (sans wind, hopefully) and more gems from the commentary team as they try to explain riding waves to a mainstream audience – I’m guessing NBC runs the championship day in its primetime coverage and listening to Barton Lynch explain what a “grommet” is did me right today. It was a faultless event from the ISA team. It certainly went a lot better than my journey over here.