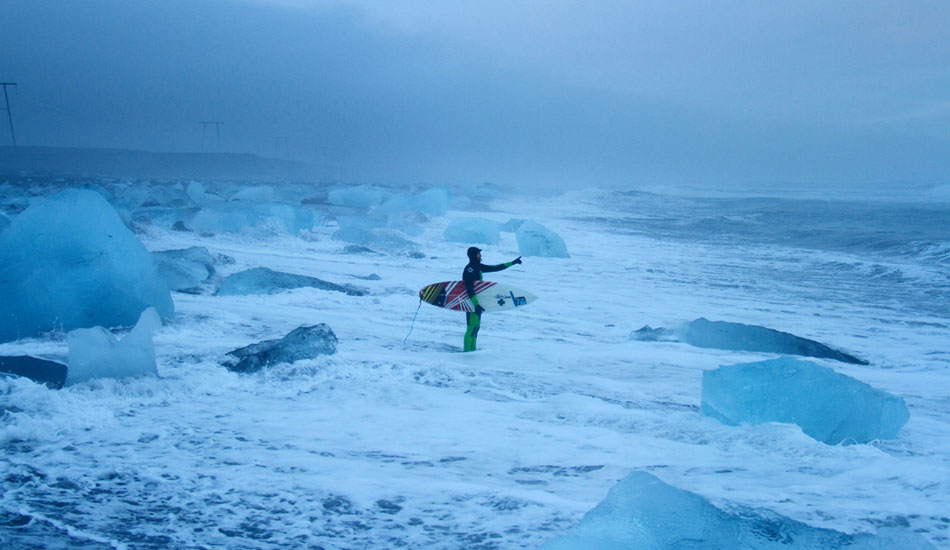 Mid winter Iceland. Snow fall, only about four hours of light, a wind chill way below freezing and a field of Icebergs to get through before you can surf. Ian Battrick getting ready for a standard solo session. 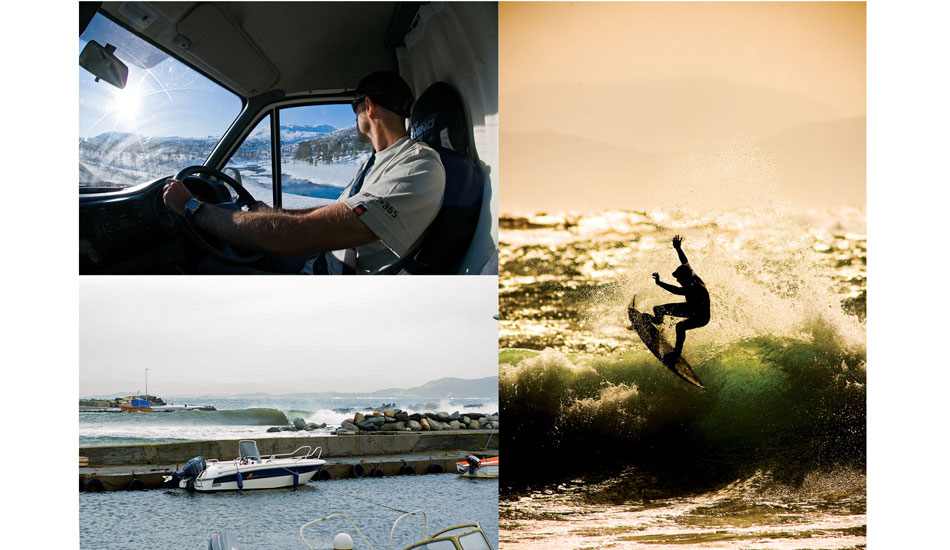 Ian spent months in Norway. He drove his trusty Transit van from Jersey all the way to the Arctic Circle in search of surf. 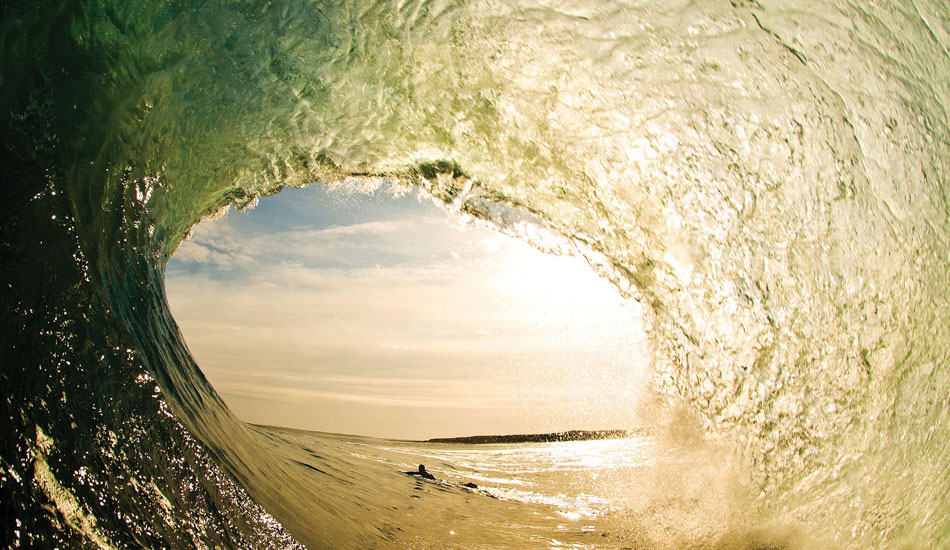 The view from Scotland. 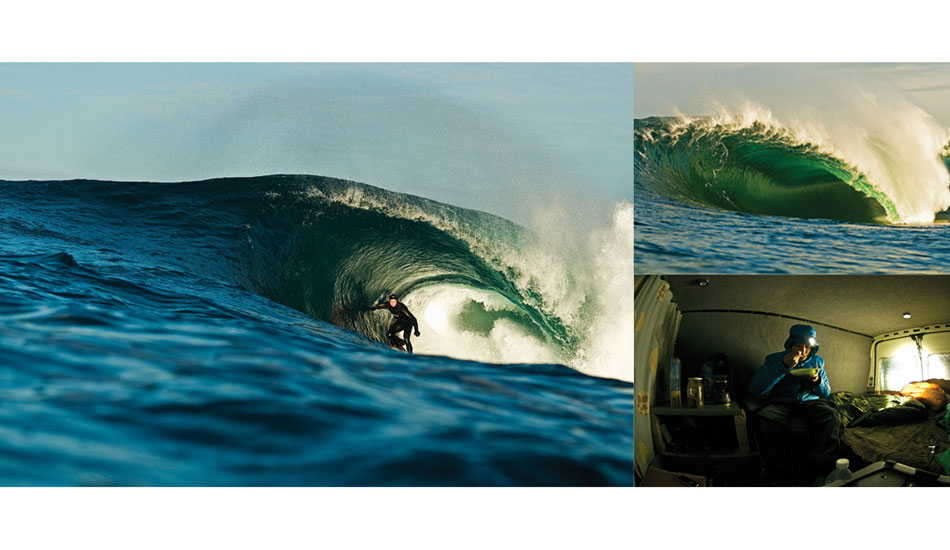 Ian found his transit van on a building site. With the help of a couple of mates converted it into the ultimate home away from home so he could spend extended times away, living mostly off just oats, in places to score waves like these. 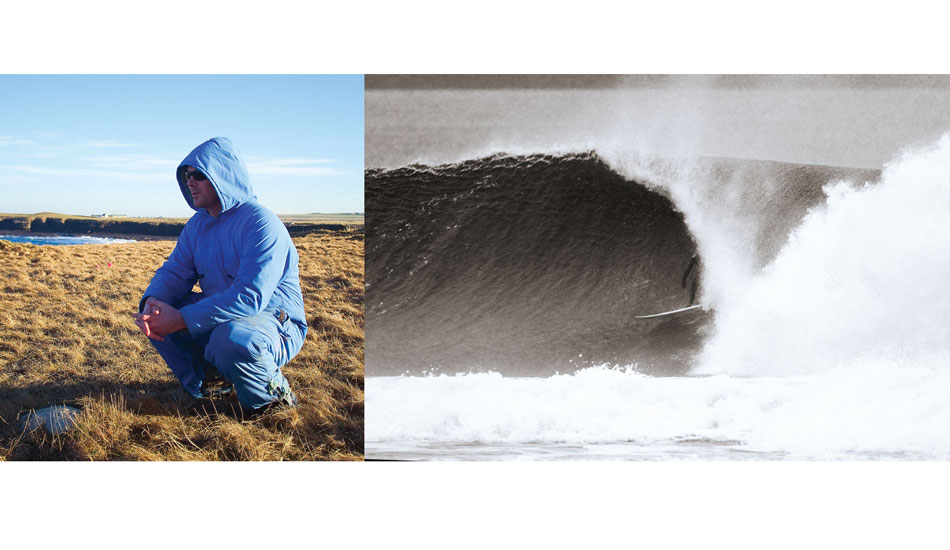 Chris Noble is a classic character we met on our first trip to Scotland, and have been good friends ever since. This is him in his epic blue boiler suit, these were standard winter issue up in Caithness. If he isn't in this boiler suit, he is likely to be in the barrel. 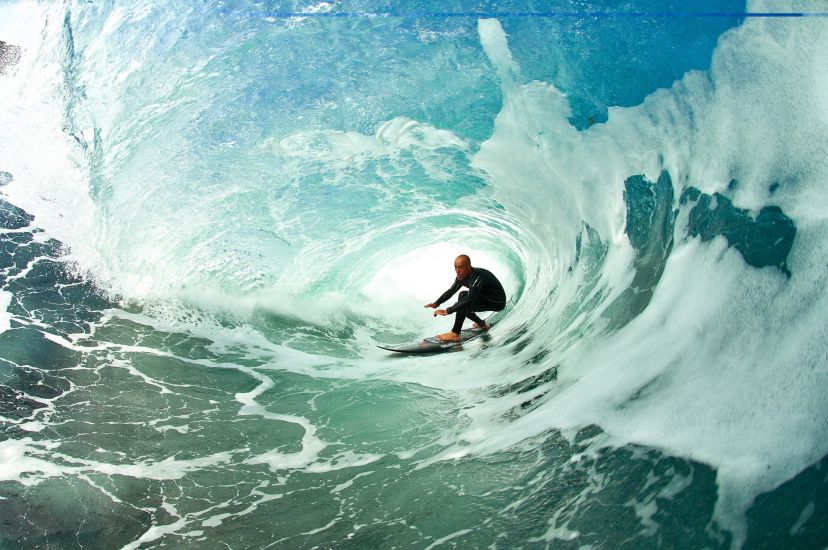 Ian has a love for cold places, but he also has a ridiculous tolerance for the cold. It has to get pretty damn chilly before he'll put gloves and boots on. 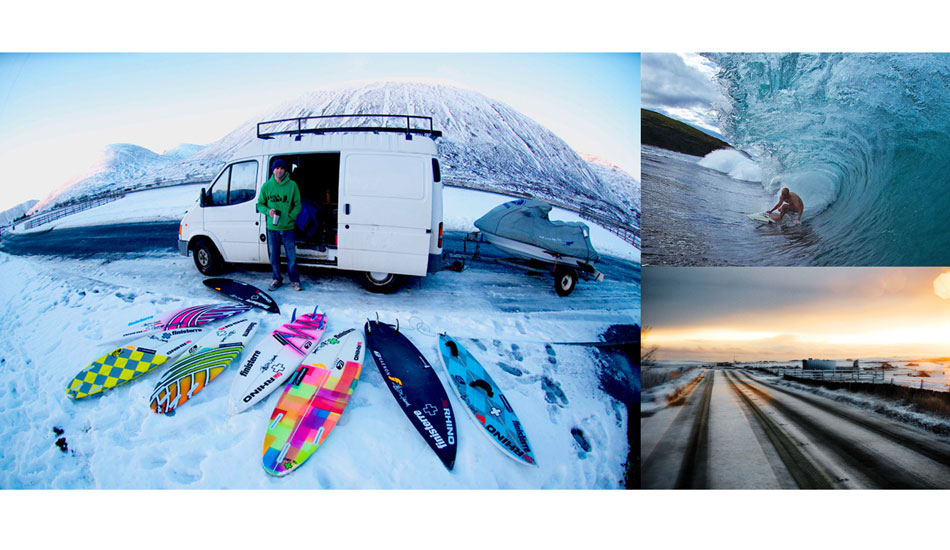 To prove the point, our friend Alex Sutherland convinced Ian that the best way to get rid of a hangover was to get in there no wetsuit and sober up quick. Ian who has always been one to claim how good getting spat out of a barrel naked is, came out on the verge of hypothermia forty five minutes later. 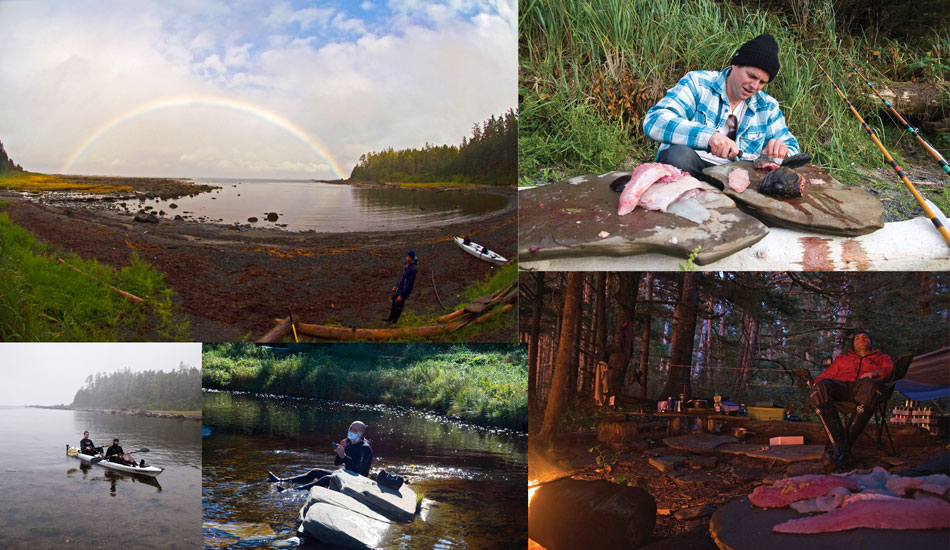 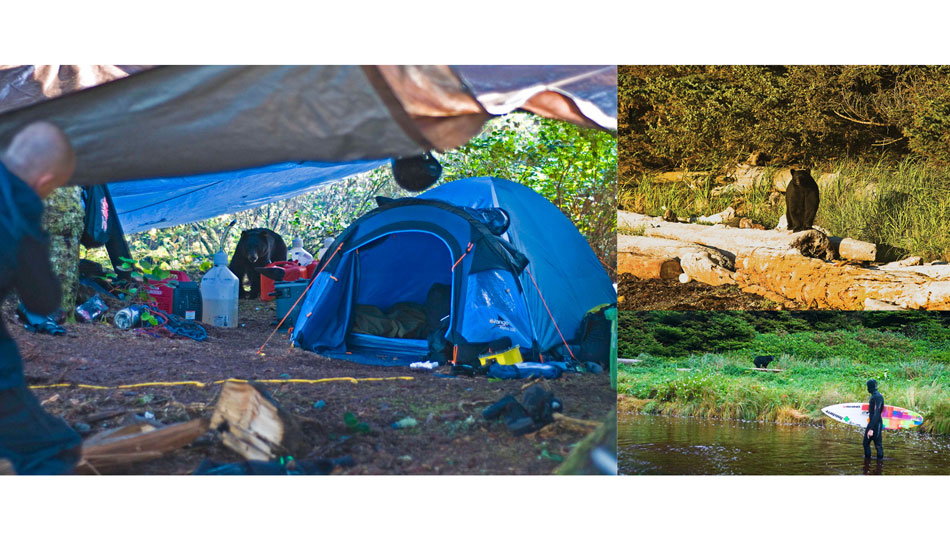 It didn't take long before we encountered the first bear. Being camped by a river, which separated several bear's territory, meant they became a daily occurrence. Until you see a bear in real life you have no idea exactly how big they are. They are fast as well, capable of running at 35mph and able to cross any terrain, as well as climb trees. If they wanted to, they could run you down in the blink of an eye. 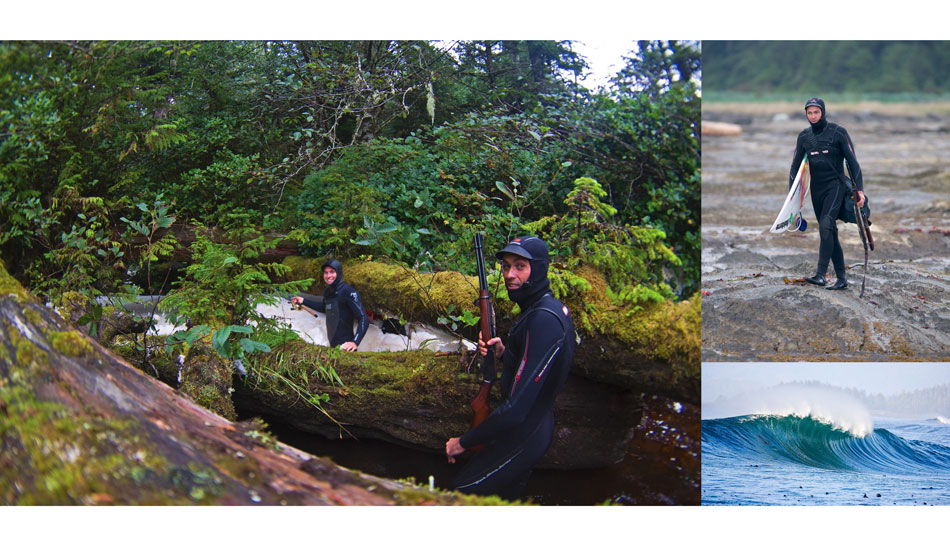 Eric Ramsey and Ian Battrick going up river after some fish. The gun came with us everywhere once we left the camp in case of bear, or more worse, cougar encounters, both of which occurred at some point in the weeks out in the forest. 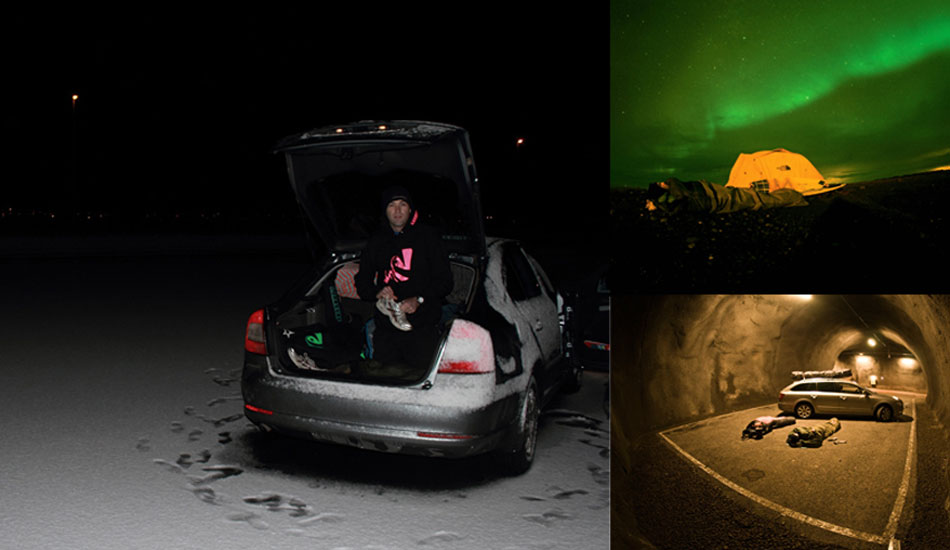 Ian getting up for the dawny, if you can call it a dawny, at 10.30am. Mid winter in Iceland first light is around 11. If it's cloudy and wet, which is common, it doesn't get properly light at all. Sleeping in the hire car is a great option when the ground is too iced over for the tent pegs, so is sleeping in a pull over spot in a tunnel, as Ian and Timmy Turner found out. 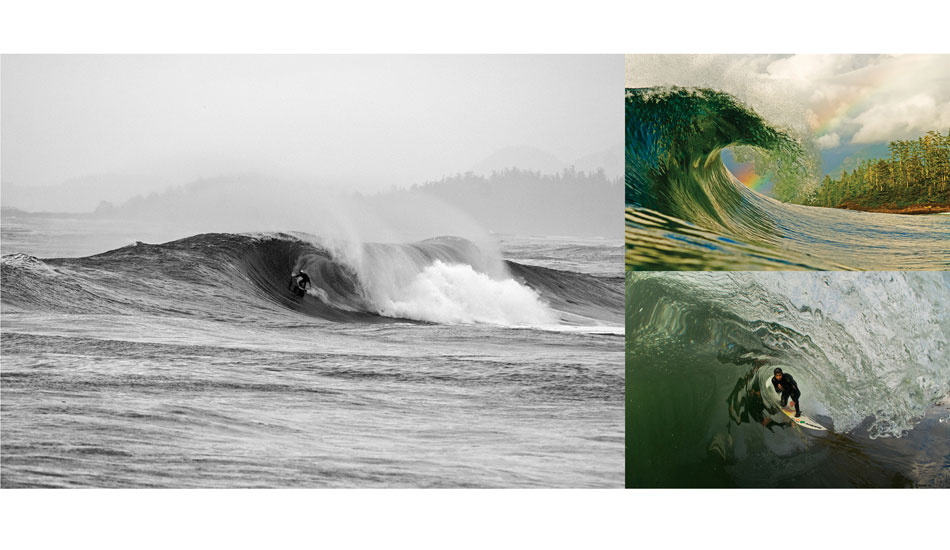 Ian, Timmy Turner and Eric Ramsey waited for months for this wave, being on it every time it broke. They were regularly joined on swells by the local boys Raph Bruhwiler, Pete Devries, Sepp Bruhwiler 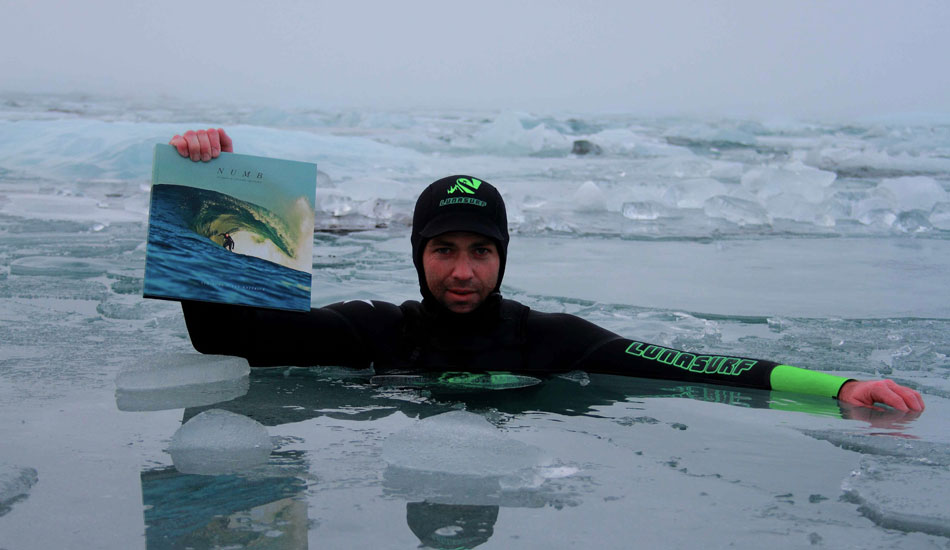 Taking Numb on the next adventure. 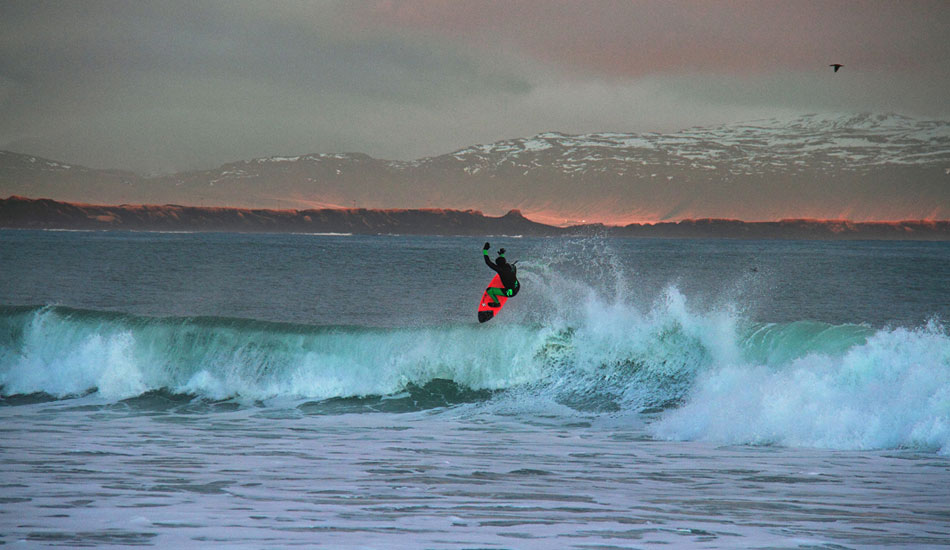 Ian punting. This is as light as it gets most days mid winter.

Iceland is like no other place on the planet: glaciers, volcanos, waterfalls and occasionally fun surf all lie within a stone's throw of each other. 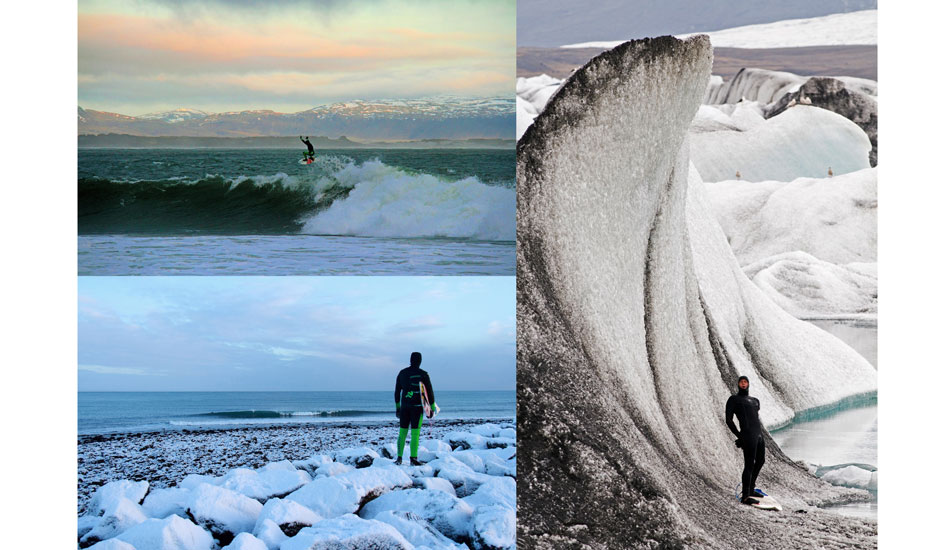 Even in a thick wetsuit, Ian finds the flexibility to boost. Timmy and the frozen wave. 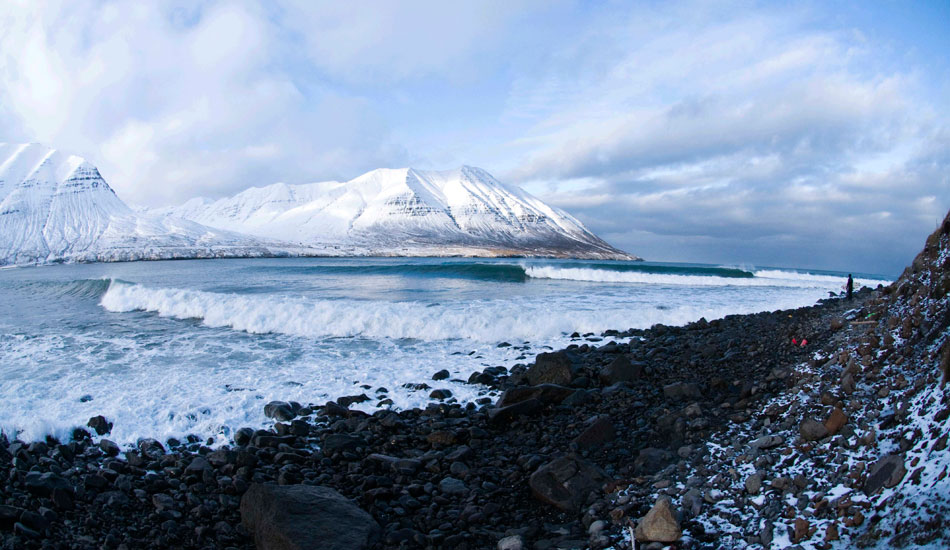 Putting up with the cold and snow is more than worth it for days like this. 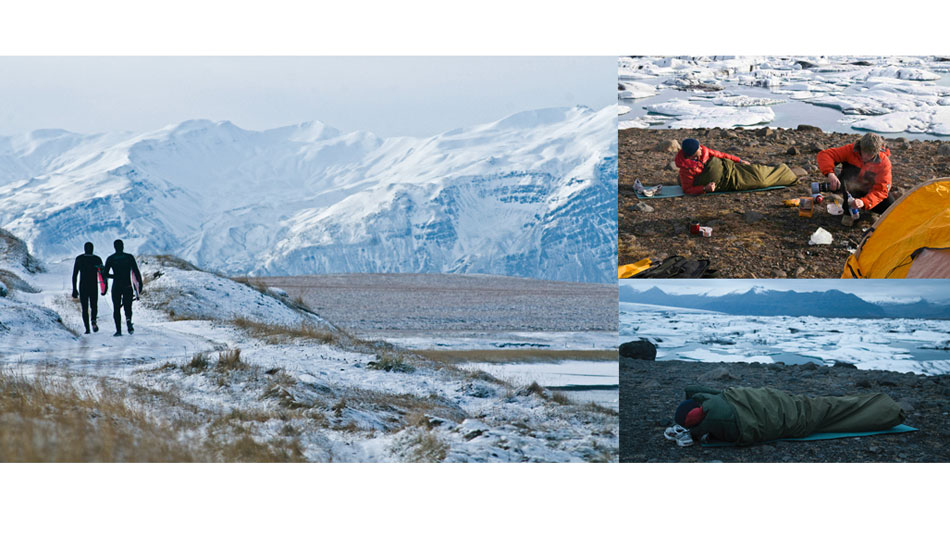 Ian uses a thin sleeping mat and his trainers as a pillow where ever he goes, apparently it's a comfortable set up. We lived very frugally, oats for breakfast, noodles or beans for tea. Iceland is expensive, we even melted glacial ice to cook with to save buying water. 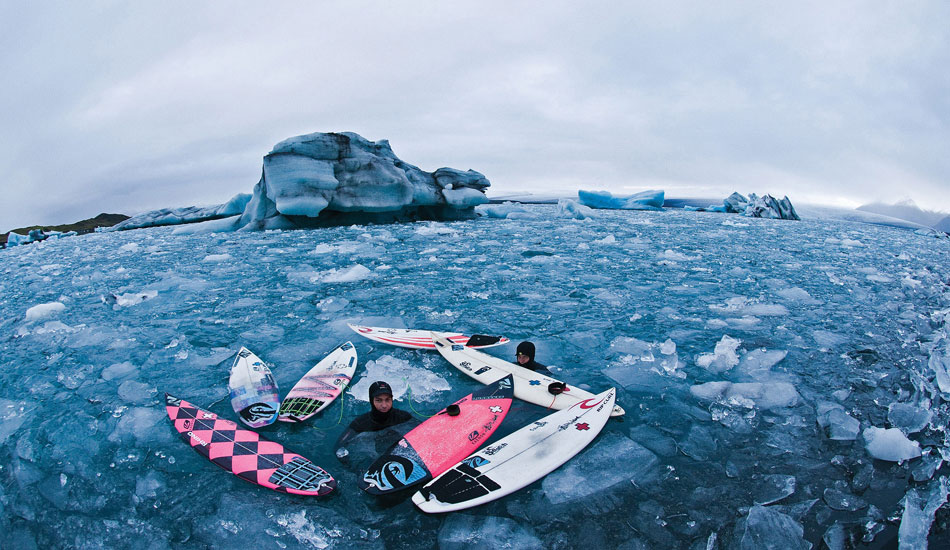 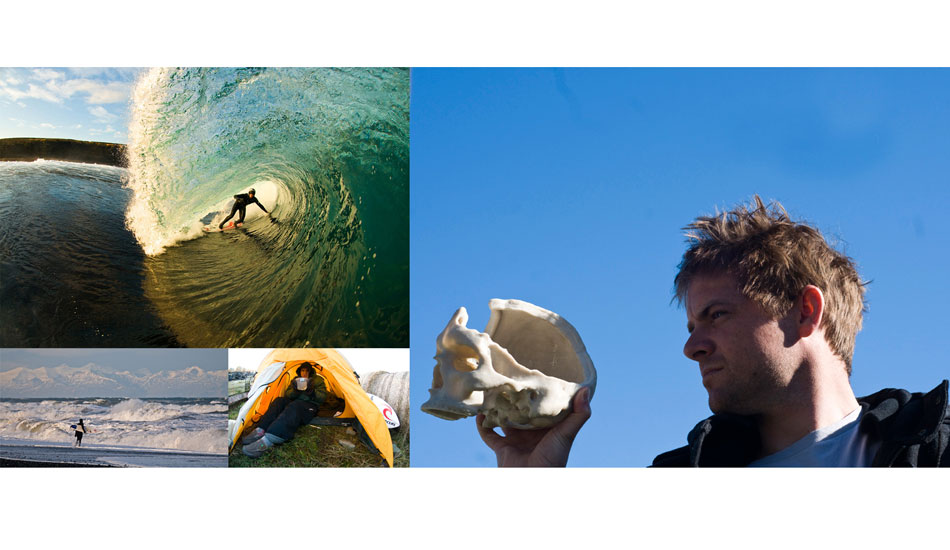 Photographer Tim Nunn and surfer Ian Battrick have spent most of their surfing lives riding waves at the colder end of the planet. Growing up in the British Isles meant this was out of necessity rather than choice, and despite both having spent years in the more regular surf zones of the planet, the search for surfing solitude led them north through Canada, Iceland, Norway and Scotland. They met many colourful characters along the way, including Californian Timmy Turner who joined them on most of their adventures whilst filming his own movie Cold Thoughts.

This is just a tiny taster of some of the cold water adventures Ian and Tim have been on in the last six years, having spent months in some of the wilder places in the Northern Hemisphere. This is the story of times where their paths have crossed, showcased in 208 pages of rich photography and tales in one hard bound coffee table book. With 402 pictures, numerous unique tales and great extended captions accompanying shots, this is a must for any surfer’s book shelf. From dealing with bears in the wilderness of Canada to volcanic eruptions in Iceland, driving for days in Norway to surfing heavy slabs in Scotland, this book is a window into some of the less explored corners of the surfing world. It is a book designed to inspire you to break free of the confines of everyday life and have your own adventure. To get out and see the planet for the incredible place its is, whether that be for a weekend, a year or a lifetime.

You can get a copy direct from Tim here,  and see more of their adventures and grab a copy from Lunasurf .com