Indoor Wave Pool to Open in The Hague, Netherlands in 2019 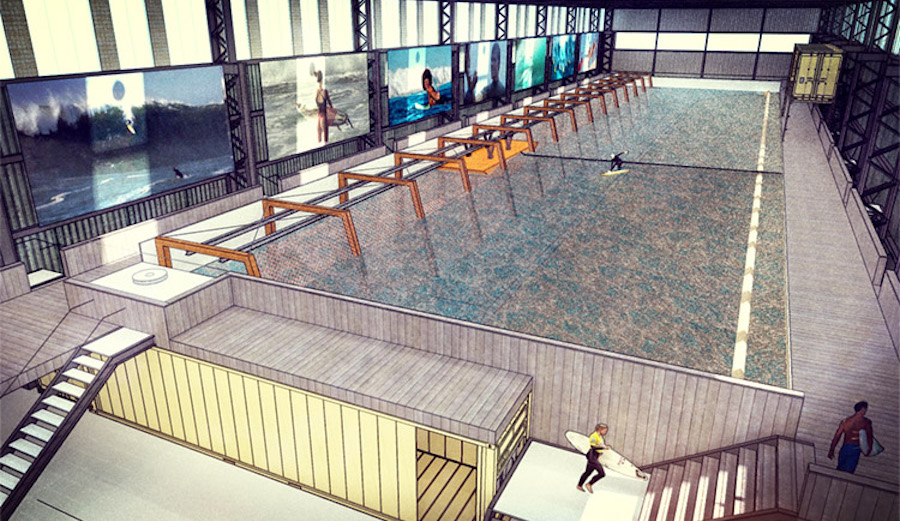 Another day another wave pool concept sketch. Time will tell if this one actually comes to life in the next 12 months. Photo: 24/7Waves

Every day it seems a new wave pool leveraging an innovative technology is gearing up to soon open its doors to the public somewhere in the world. Wave pool tech is undoubtedly accelerating at a breakneck pace, and from the myriad ideas that have already been brought to life – Kelly Slater Wave Company to Wavegarden, American Wave Machines to Surf Lakes – it’s clear there’s more than one way to create an artificial wave.

Enter 24/7Waves – a Dutch company aiming to bring a wave pool to an industrial quarter of the Hague adjacent the North Sea. After successfully crowdfunding their 100,000 Euro goal, the company explains that the project, dubbed SurfPoel, will likely open in 2019. Three-to-four foot faces, 149 waves per hour, and ten surfers at a time are some of the promises made to the local (often surf-starved) population. Details about the technology SurfPoel will employ to create the waves, though, are scarce.

Beyond the fact that the company’s head engineer, Steven Schmied, is from the University of Tasmania, and “the wave can be adjusted in shape and height, so that the right wave can be created for every surfer, from beginner to advanced,” only mock sketches on their website give any indication as to how SurfPoel might produce surf. This is pure speculation, but some drawings show a sledge-looking mechanism at one edge of the pool. Presumably, the tech would work like KSWC or Wavegarden’s original lagoon. 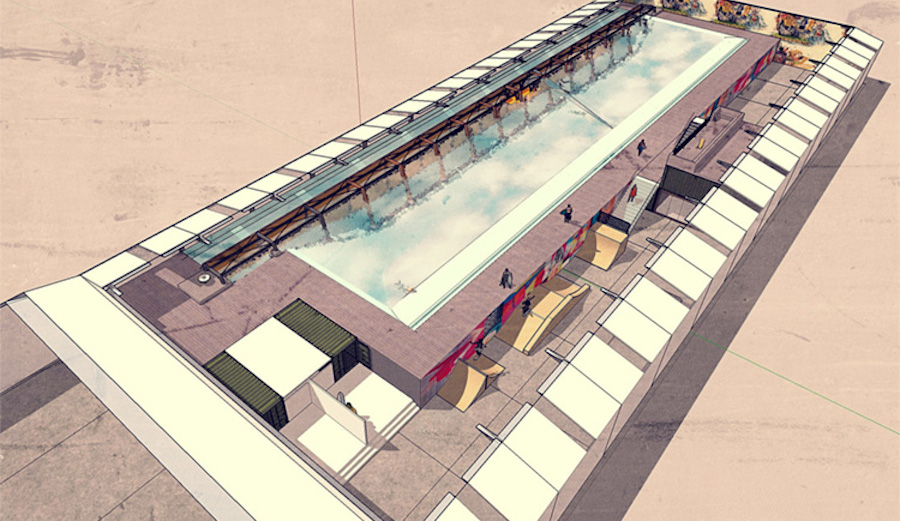 What’s notable, too, is the prospect this pool would be indoor and fully enclosed. To date, all wave pools constructed stateside, in Australia, and in Europe are outdoors, exposed to the elements. In the U.S. that makes the milder climes of Texas, Florida, and California attractive for potential development. New England, not so much. The plan for SurfPoel, according to reports, is to keep the pool heated to a balmy 55-to-60 degrees Fahrenheit to beat those frigid Dutch winters.

For now, the only way to get any time in the water is to continue to support their crowdfunding effort.

Time will tell if 24/7Waves will be able to meet its aggressive timeline and open sometime in the next 12 months.