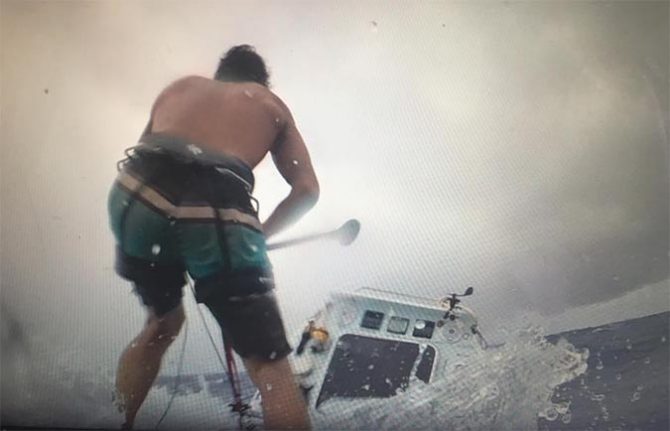 Bertish, part-way through his voyage across the Atlantic.

Early this morning, South African waterman Chris Bertish finished one of the greatest expeditions of this decade when he completed his transatlantic solo voyage using only a stand-up paddleboard.

The board was modified with a hull so he could sleep below the deck. “I basically ate the same thing for 93 days,” Bertish said after he was handed a burger and fries at English Harbor, where he arrived in Antigua. The project Bertish undertook was a fundraiser for at-risk kids and children stricken by poverty in his native South Africa: “In this world today if you have a roof over your head, or food in your fridge, you are wealthier than 97 percent of the population.”

The stats are incredible: he paddled 93 straight days, never setting foot on land or a support boat as he covered more than 4,000 miles of rough Atlantic Ocean in the winter. And at times, it was a suffer-fest–at the beginning of March, he fell off the board in hideously-big seas and had to hold on to his modified craft’s rails as the ocean pummeled him down the face of a 4-meter wave. He left Morocco in early December, bent on the Canary Islands and then on to the Caribbean across the vast, dangerous ocean. 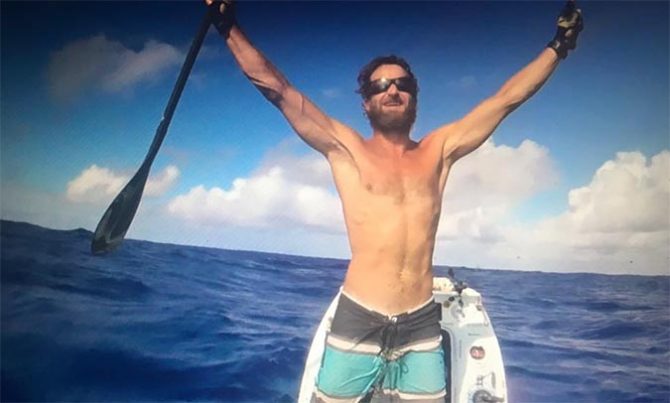 “This has been a 4-year project in the making and lifetime of preparation and I’m ready,” the former Maverick’s champ said at the time. “My specialized SUP craft is incredible, I have an amazing team behind me, supporting me from land and an unbelievable support from friends and people all around the world for this incredible journey, which is going to change the lives of millions of children in Africa, which is what will keep driving and inspiring me right till the end.”

Which it did. Well done, Chris Bertish.