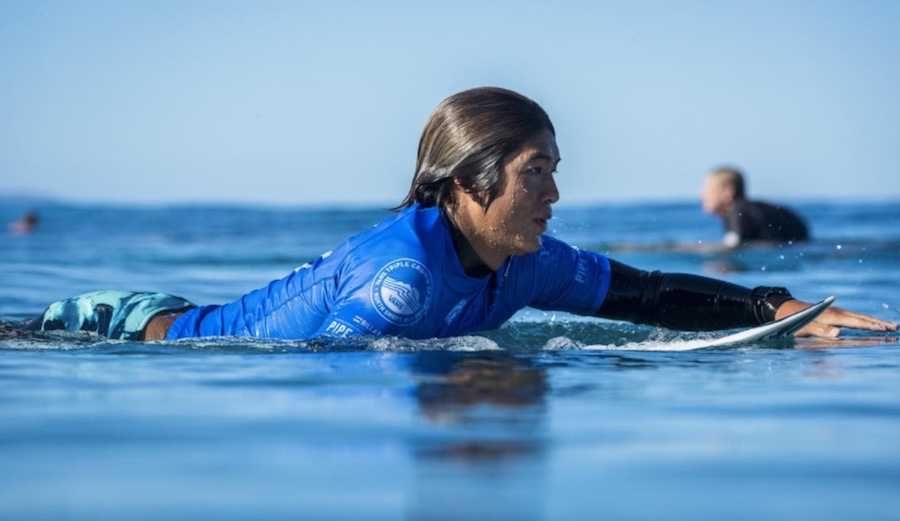 According to a Tuesday announcement, Kanoa Igarashi will seek to qualify for Japan’s national surf team in the run-up to the 2020 Olympics. Photo: WSL/Poullenot

In t-minus two days the Winter Olympics will kick off in Pyeongchang, South Korea with all the pomp and circumstance. Expect fireworks and not (hopefully!) incoming nuclear warheads. There are plenty of storylines to chase that we’ll continue to monitor, but it appears that the governing body of Japan’s national surf team, the Nippon Surfing Association, is trying to ride the wave of Olympic popularity.

Japan, and more specifically Tokyo, is as you know the host city of the 2020 summer Games – an Olympics that will be marked by surfing’s official debut. And while rumors continue to swirl about whether surfing will happen in the ocean or a wave pool, Japan is quietly ensuring that it puts on a solid showing in surf.

On Tuesday, the Nippon Surfing Association announced that Kanoa Igarashi would join the list of surfers attempting to qualify for the country’s national surf team for the 2020 Games. Kanoa, who is a dual citizen of the U.S. and Japan, will battle 55 other men (including 2015 U.S. Open champ and ‘QS up-and-comer Hiroto Ohara) for the opportunity to surf for the Land of the Rising Sun. According to reports, 26 Japanese women will also compete for a slot on the national team.

As we reported back in December, the IOC is currently mulling over a plan that would leave 18 of the 40 athlete slots available to surfers in the 2020 Games open specifically for CT surfers. If Kanoa makes the Japanese national team (a smart move on his part so as not to compete against a myriad of U.S. mainland and Hawaiian CT surfers hoping to qualify for the U.S. team) that leaves 9 slots for men competing on the CT.

In the past, Igarashi has hinted at his desire to compete for Japan in the Olympics. According to his WSL profile, he still officially surfs for the Stars and Bars. It’ll be interesting to see if that changes in the run-up to the Games.