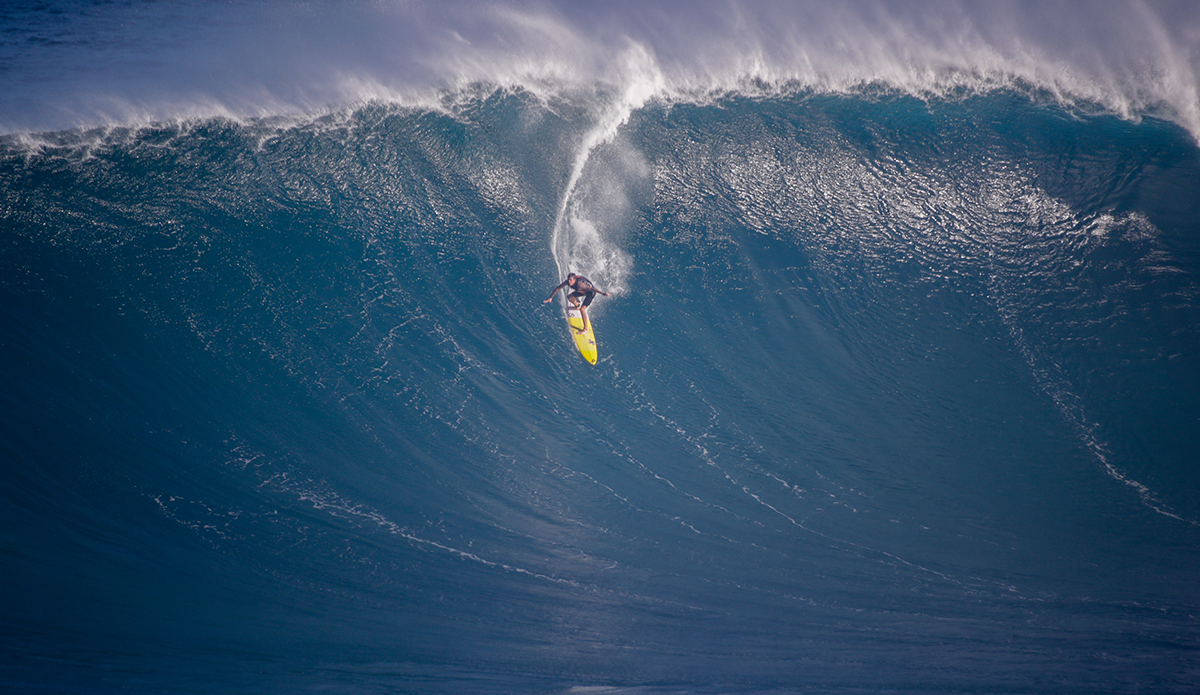 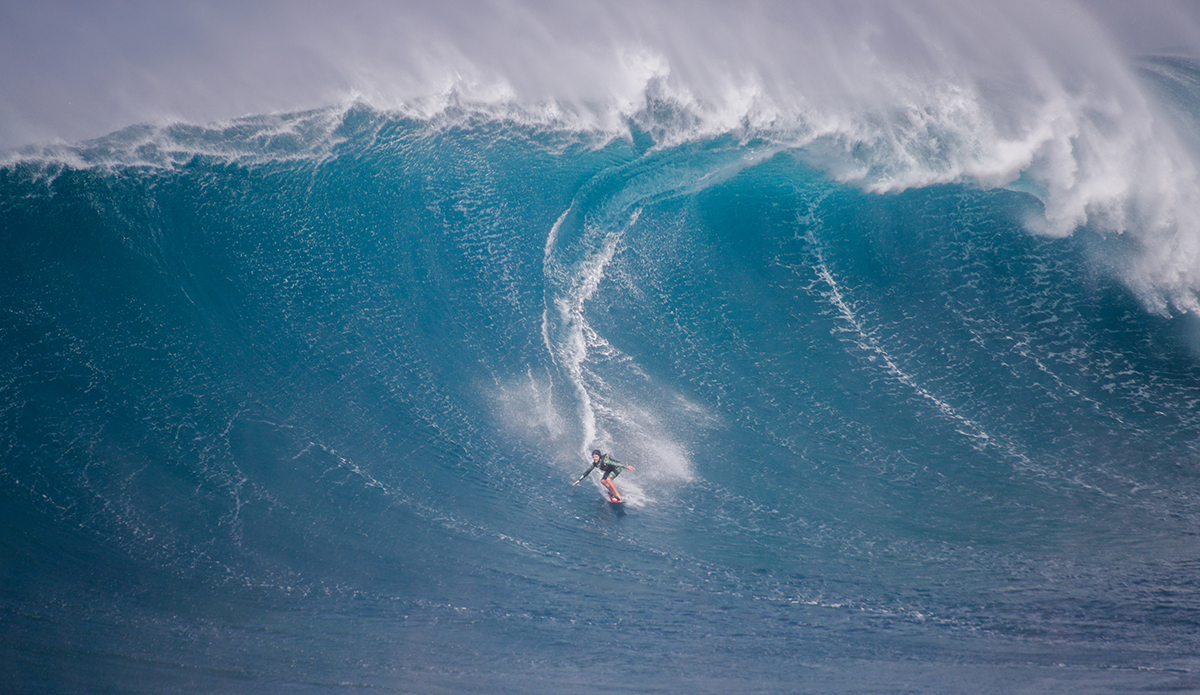 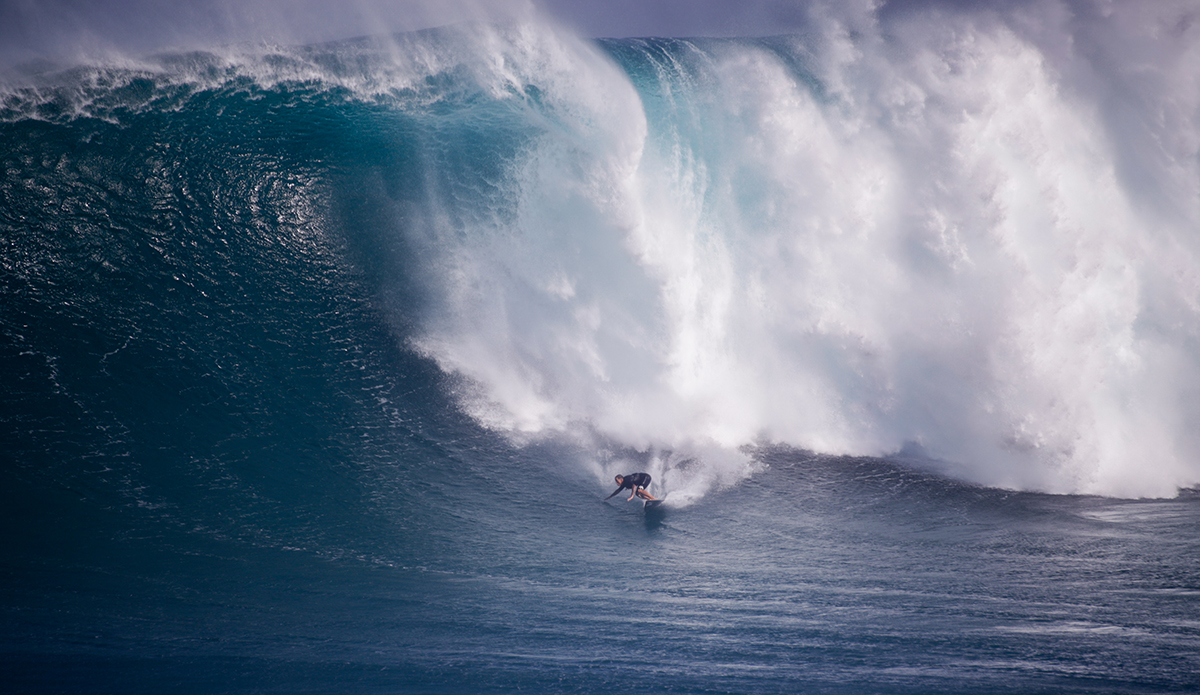 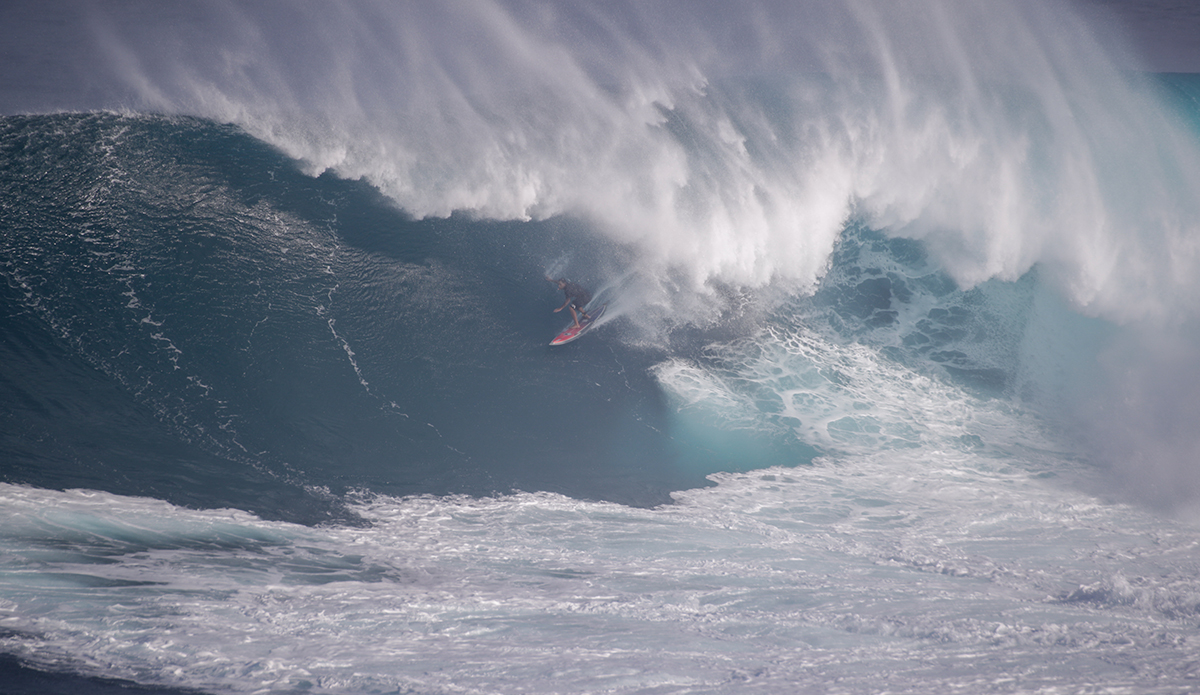 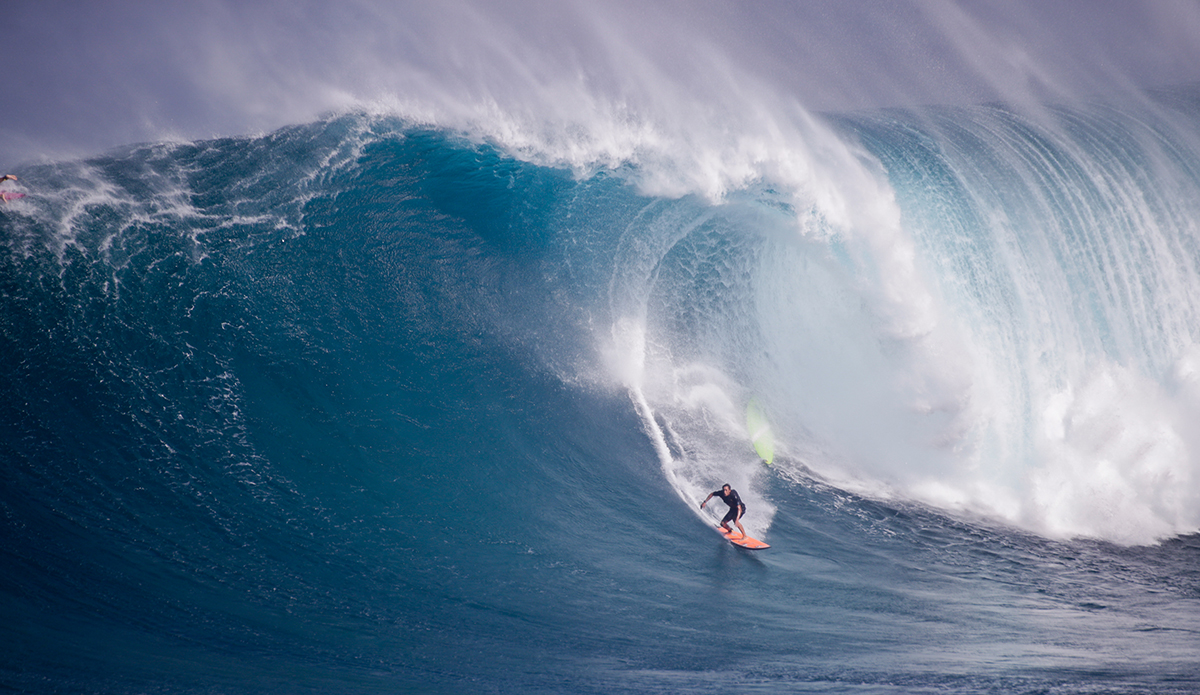 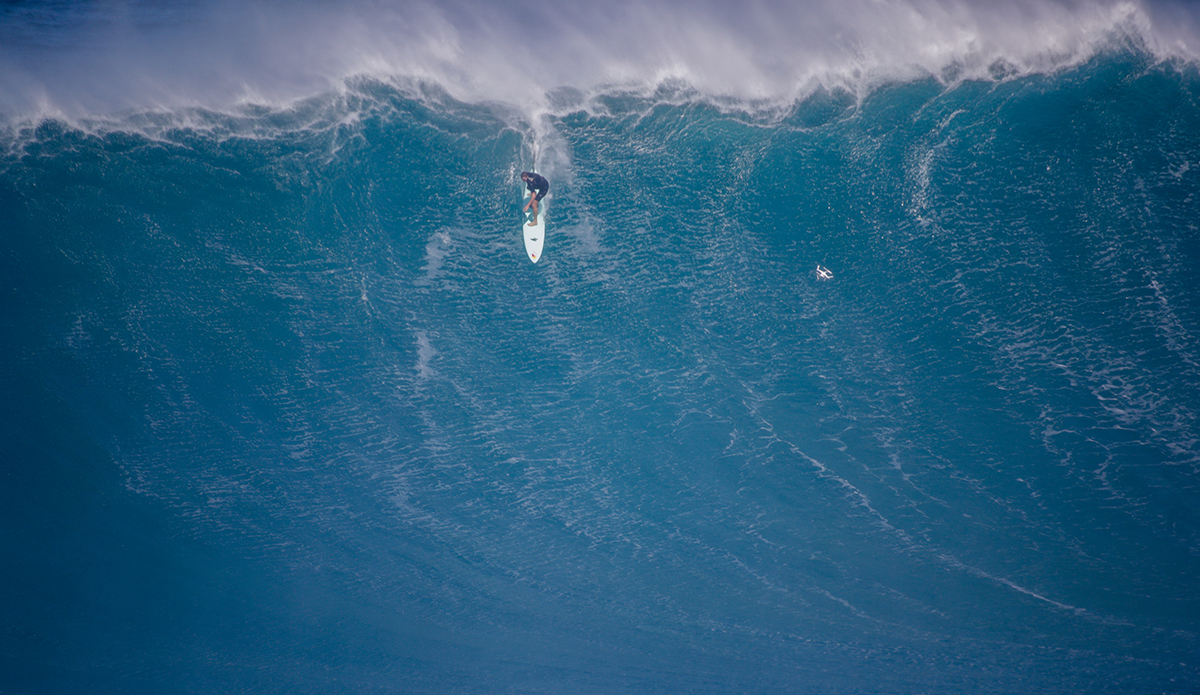 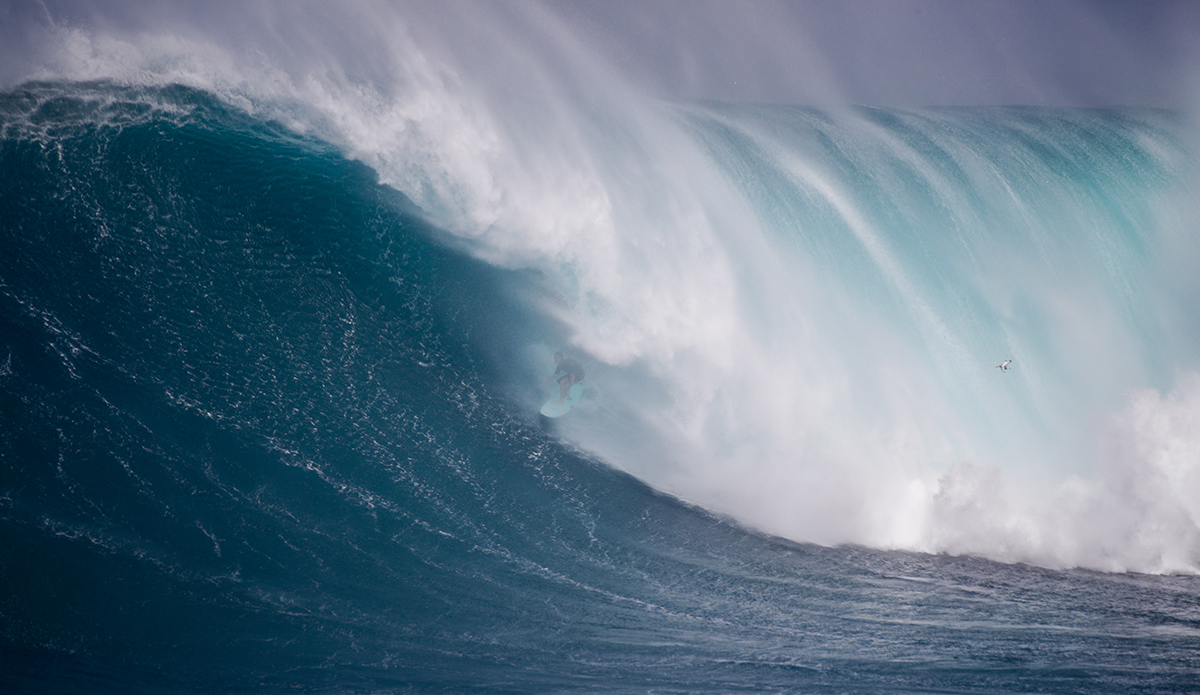 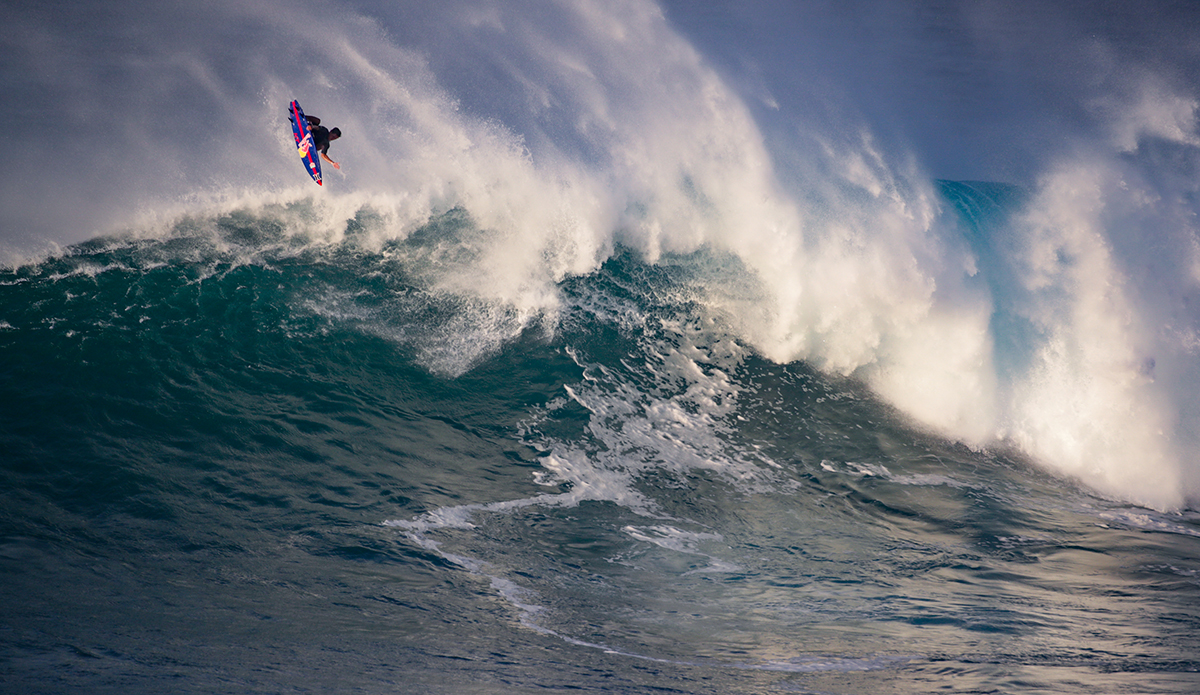 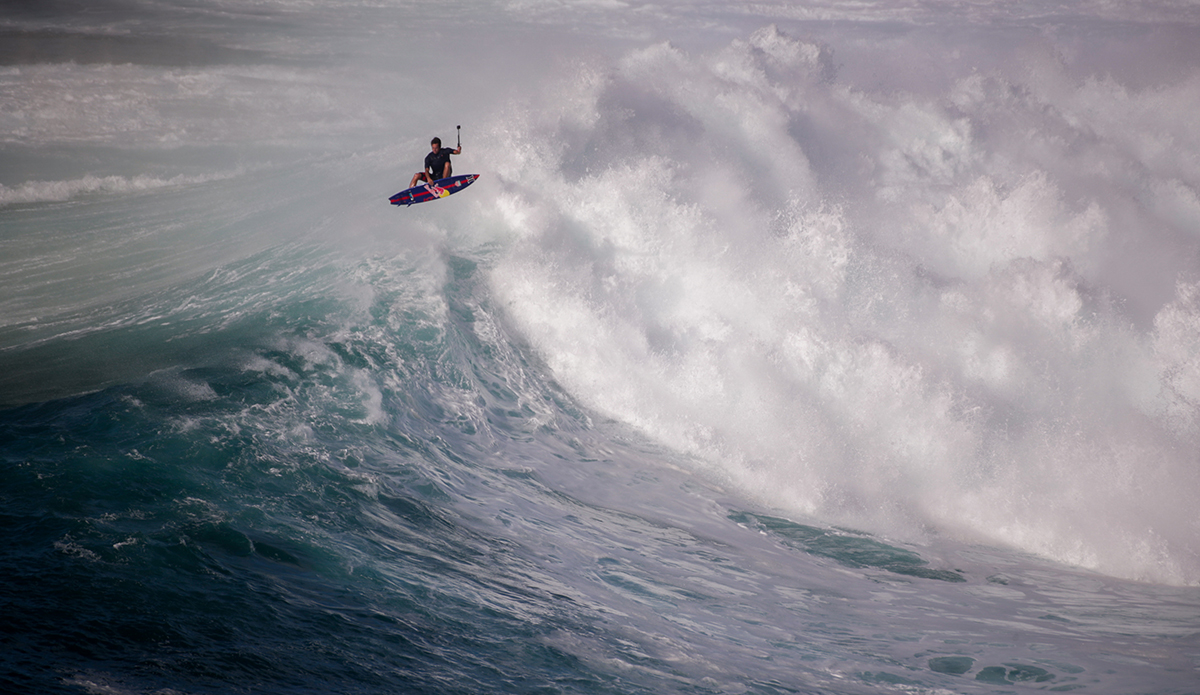 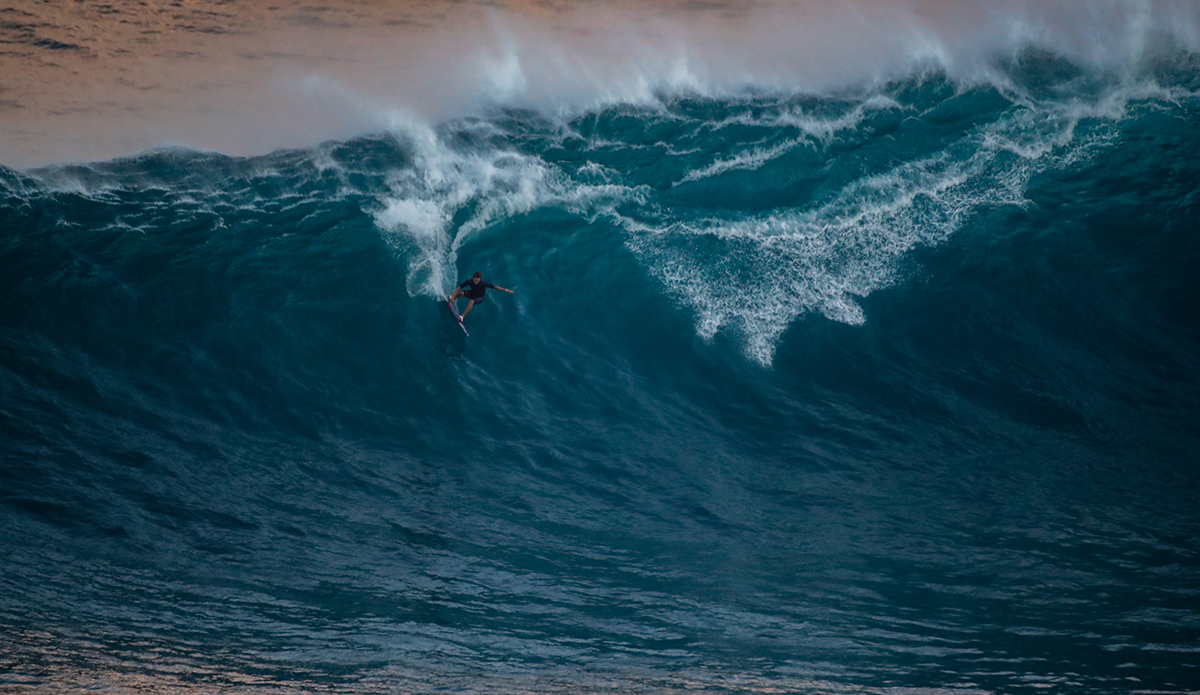 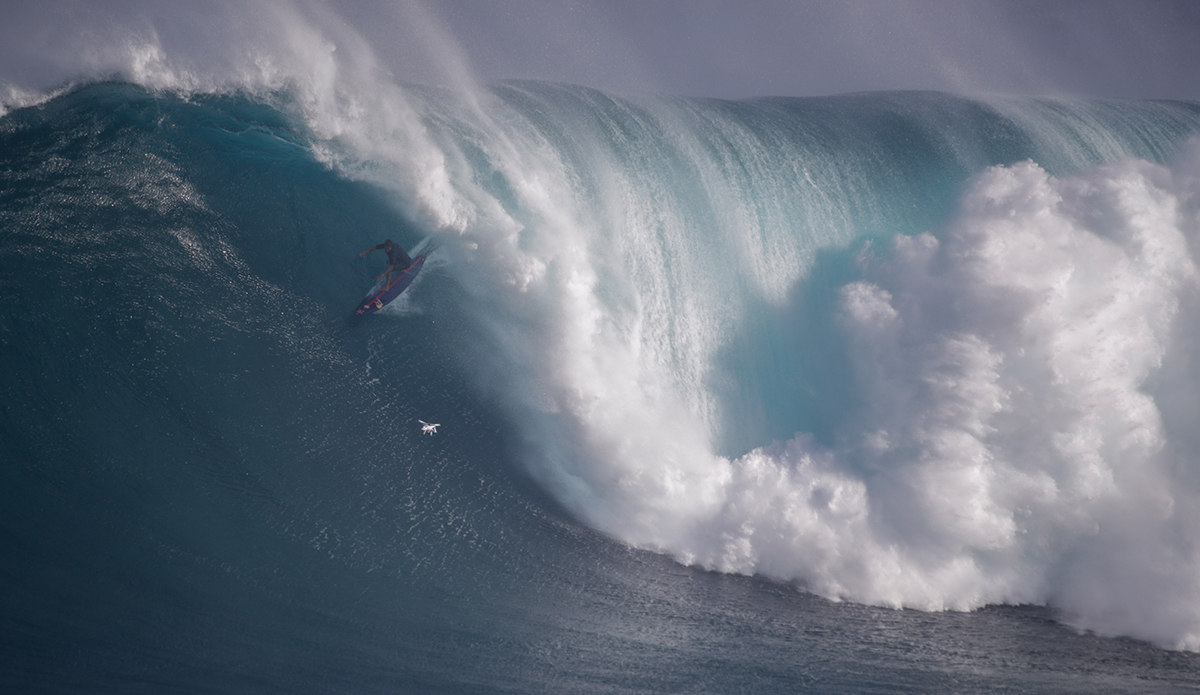 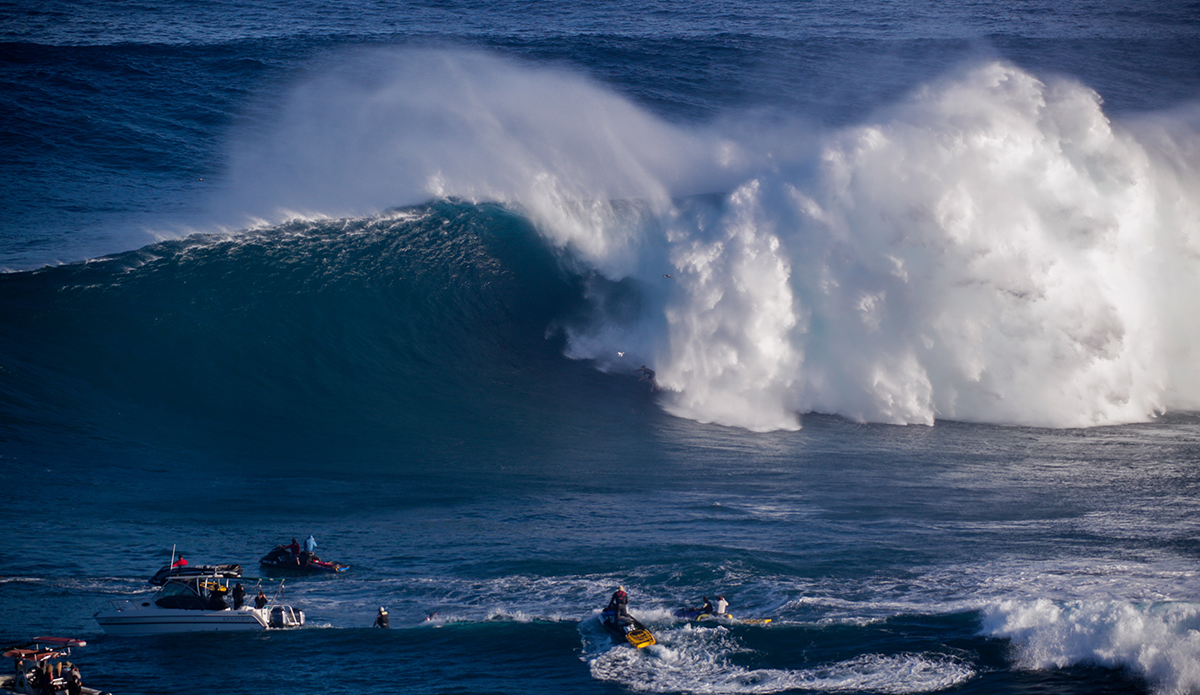 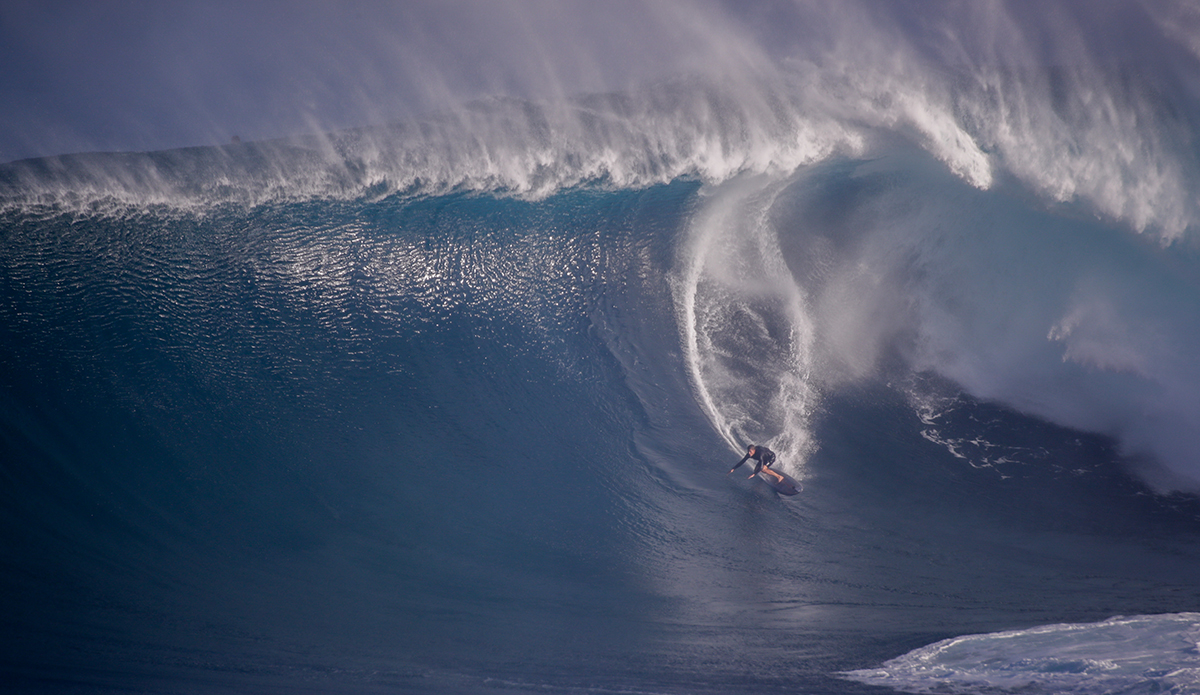 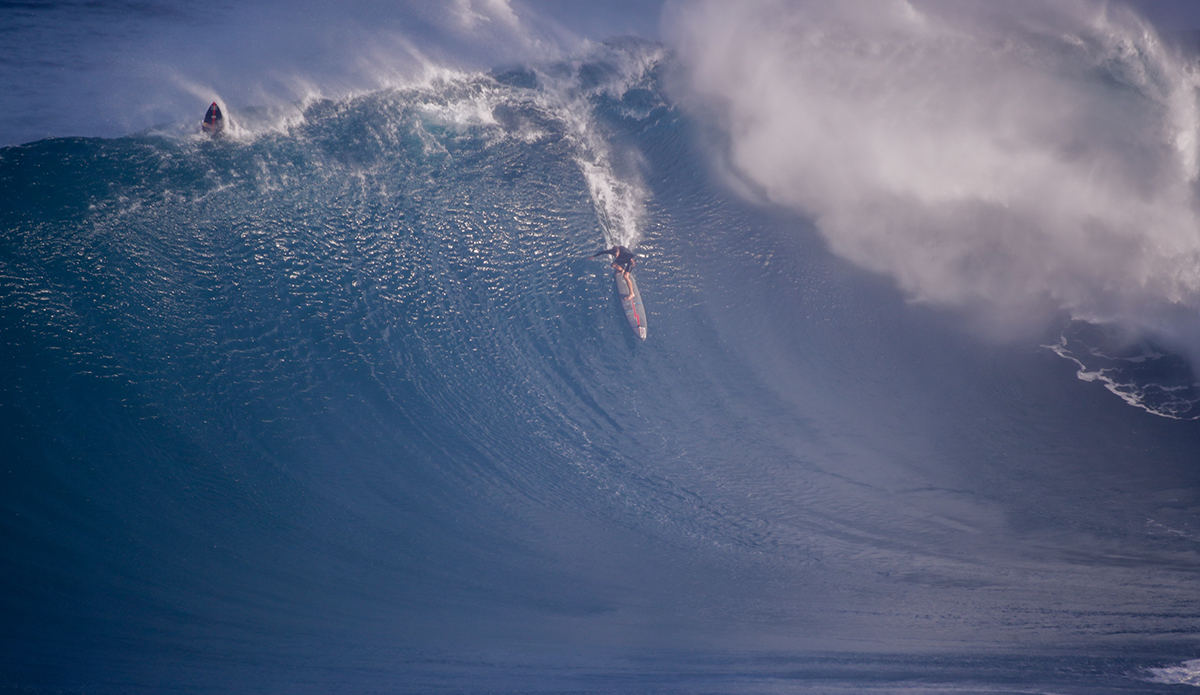 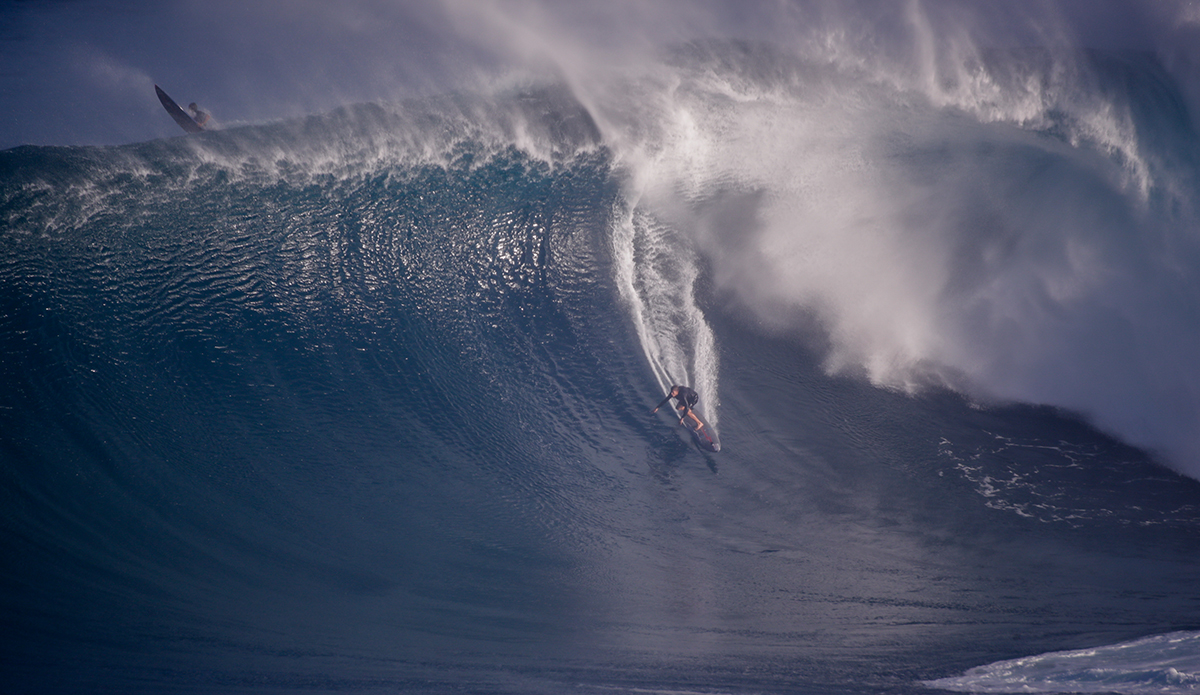 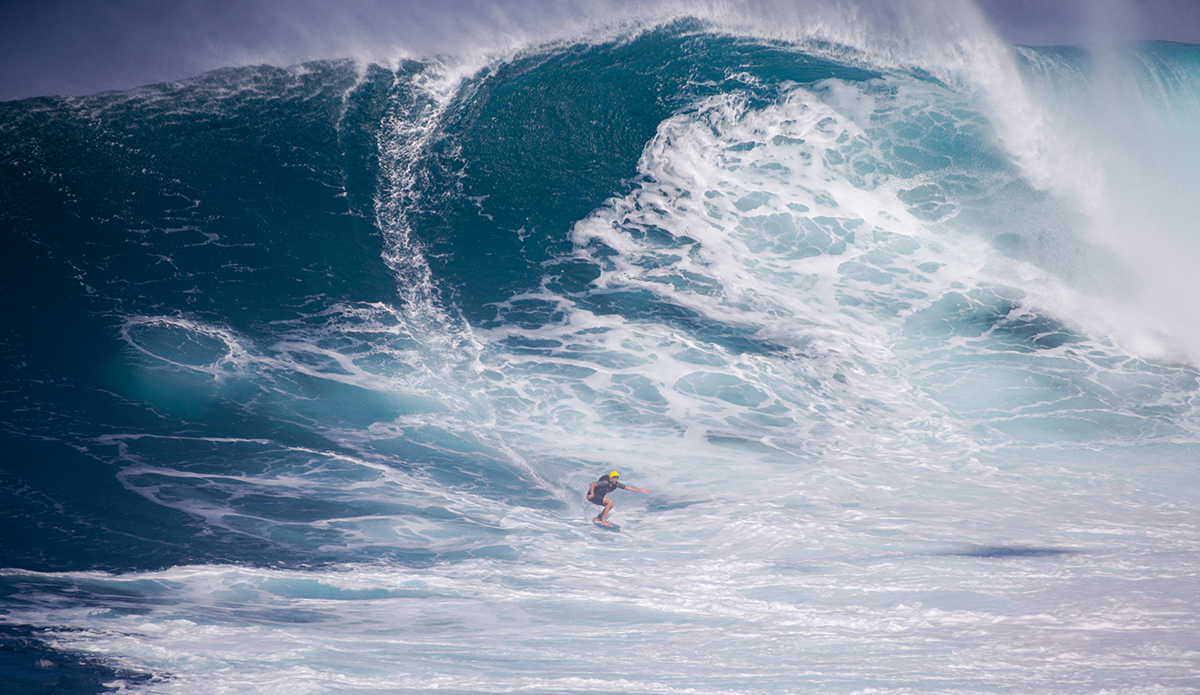 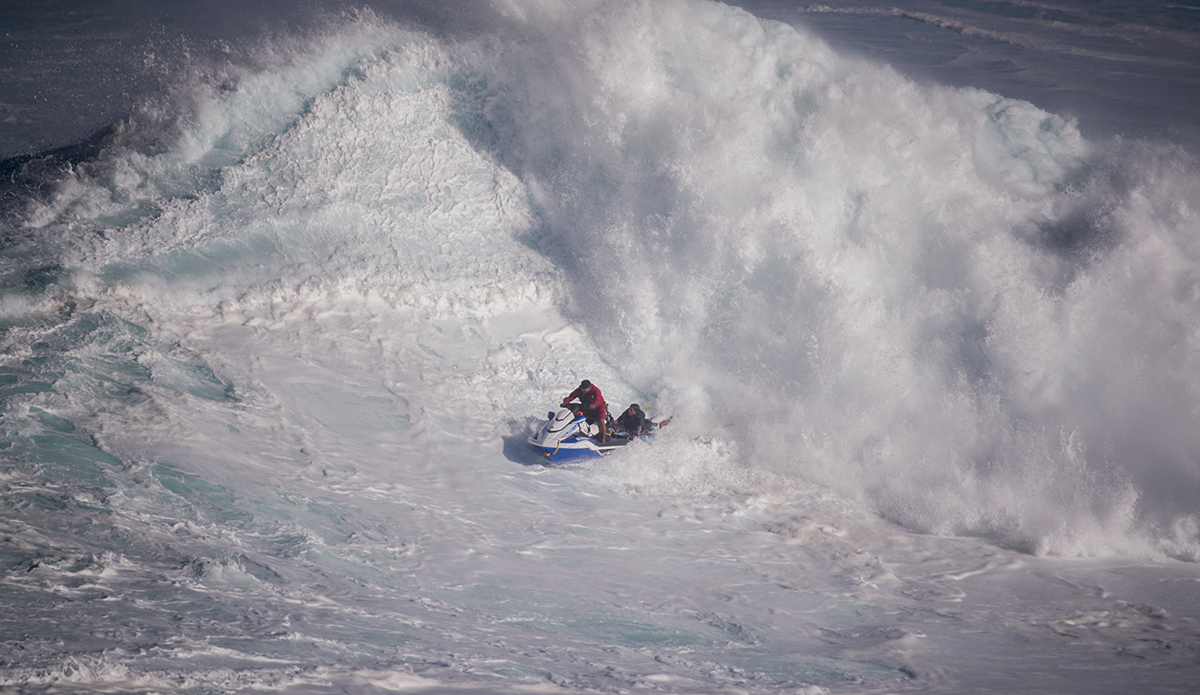 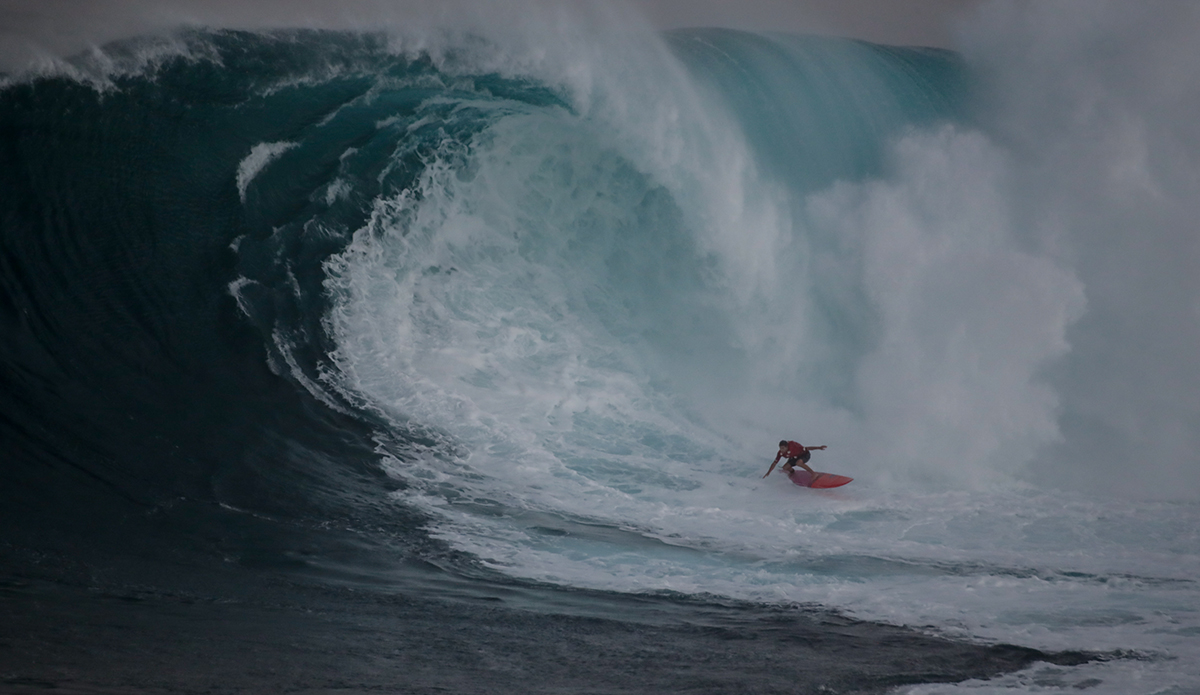 December 2 was near all-time at Pe’ahi and for the first time in a long time, it was a locals-only session. I spent over 24 hours on the cliff with my team capturing all the moments, and there were some real Cinderella story moments.

Flashback to last year during the WSL Jaws Challenge and two moments likely stick out: one brutal wipeout from Albee Layer and another involving Jamie Mitchell. With a year of hard work and an intense recovery process, it was an emotional and powerful return for both humbled legends. Another powerful return came from Billy Kemper, fresh off recovering from his scare in Morocco earlier this year. Kemper spent the summer healing and training with Laird Hamilton and after this opening-winter swell, it feels safe to say he’s back.

The best waves of the day had to be Kai Lenny’s and Billy Kemper’s back-to-back barrels. As always, Kai spent the session playing around with a few different boards, and it’s truly amazing to watch one of the world’s best watermen get barreled, spin 360s, and boost huge backflips and airs with what appears to be relative ease on the world’s premiere XL wave.

Another extremely impressive showing came from 12-year-old Steve “Baby” Roberson, who towed into a few solid waves himself. If you don’t know the name by now, remember it. Mad dog Yuri Soledade towed in the morning and afternoon, Matt Bromley let his presence be known, paddling into some heavy ones. Torrey Meister found himself in the right spot and snagged a nice west bowl barrel — the same set as Jamie Mitchell’s. Ian Walsh pulled into a giant closeout on one of the bigger paddle waves of the day. Nathan Florence pulled into a picturesque wave that will be burned into our memory banks, reminiscent of Grant “Twiggy” Baker’s 2019 Ride of the Year. Sean McClenahan towed a few bombs on his skimboard. Zane Schweitzer was a standout as the only SUP rider out that day.

The list goes on of performances from Hawaiian standouts who showed up at Jaws to welcome its first major swell of the new season. And of course, with the mental rides come the mental wipeouts. It wouldn’t be a “good” Jaws day unless a few big outside waves pushed through and cleaned out the lineup, like moments where Kai Lenny and Eli Olson were caught off guard. It’s in those moments and on these days we’re all thankful for the unsung heroes of big wave surfing: the water safety crew. None of this would be possible without them.