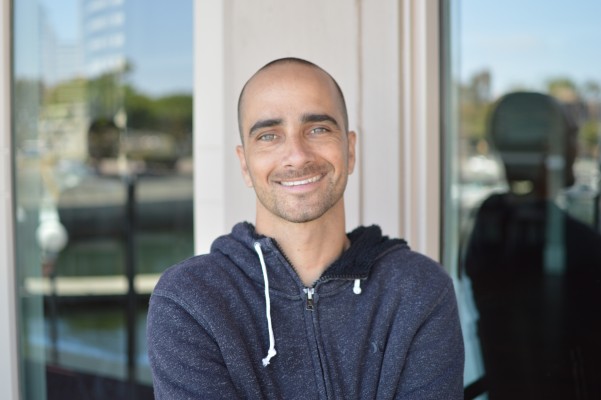 Jesse Billauer. A driving force behind Life Rolls On and positive vibes.

You’re 17, and the most pressing concerns in your life are binge-drinking, prom, and being your parents’ worst nightmare.  The so-called “real world” is incomprehensible to you, and you’re still proud of that freshly printed piece of plastic in your wallet called a “driver’s license.” Doesn’t 17 seem far away?  That’s because, for most of us, it is.  Senior year, college, jobs, and attendant emotional baggage have come and gone since then.  But 17 is how old Jesse Billauer was when he lost the use of his legs.  He was just a kid.

It was a morning of beautiful 6- to 8-footers and Jesse was coming out of the tail-end of a barrel.  The wave hit him in the back causing him to fall forward headfirst into a shallow sandbar.  The force of the impact of Jesse’s head with the sand severed the C6 vertebrae in Jesse’s spine instantly paralyzing him.  Floating face down in the ocean, unable to move and tingling all over, Jesse prayed a wave would turn him over so he could breathe.  When one did, he screamed for help, but his friends thought he was kidding, so it was several minutes before someone swam over.  They kept Jesse’s head above water as their surfboards hit them from all directions.  His friends pulled him to shore, and on the sand, Jesse relates that his dreams flashed before his eyes.  He had imagined he would eventually grace the covers of surfing magazines.  That he would find the right girl and marry.  That he would graduate from college.  But on that day, Jesse opened his eyes to a hospital room with tubes in his throat; a doctor telling him he would never walk again; and an entirely different life.

Today, Jesse is a sponsored surfer who rides bigger waves than I would ever dare to.  He heads a foundation called Life Rolls On, a subsidiary of the Christopher and Dana Reeve Foundation, where Jesse helps others with disabilities find their stoke again.  His story has been heard by millions of people in places like Good Morning America, the TODAY show, Dateline NBC, and the popular surf film “Step Into Liquid.”

“Let me get this straight: you want to drive 5 hours for an in-person interview instead of doing it over the phone?”

I inched like a caterpillar through famously bad traffic from San Diego to north Los Angeles to meet Jesse, because he’s a hero of mine.  I really, really wanted to meet him face to face.  He’s a hero of mine for several reasons.  For one, he’s a testament to that old adage: what the mind can conceive and believe, it can achieve.  Two, Jesse’s given his life over to a cause greater than himself.  He understands we are all here to help one another – that that’s the most important thing.  And when you look back on your life, you’re not going think about the awards you received, the money you made, or the toys you bought.  You’re going to remember the moments you lived in a spirit of love for others.  And can you think of anything more worthwhile than taking a child who never thought they could surf again, surfing?  I’ll answer for that one for you: no.  Thirdly, Jesse could teach all of us a thing or two about having a good attitude.  And lastly, damn, I know I have a boyfriend, but Mr. Billauer is not an unattractive man. 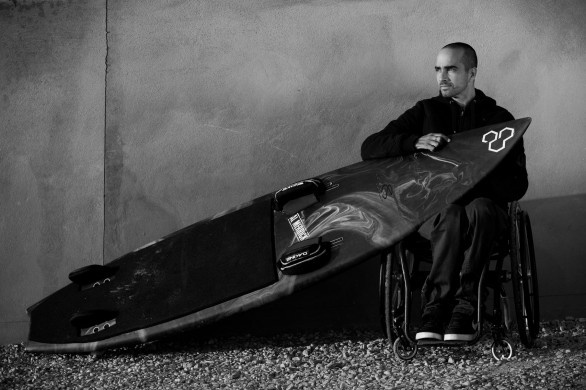 I hope this interview makes you take pause.  Life can be very hard, and inexplicably unfair.  But as Jesse says, the most important things in life are your health and your own happiness.  Try to have some perspective and appreciate the little things, as I think Mr. Billauer does.  And I’m not religious, I’m spiritual, but Mr. Billauer’s story strengthens my faith of a different nature: a faith in the good of people.  His interview brings to me to tears because I think he knows what is life really is about: connecting with others.  Helping one another other.  For the foregoing reasons, I’m a huge Jesse Billauer-fan.  His gorgeous blue eyes don’t hurt, either.

What is your advice to 20-somethings who are trying to find their way?

My advice for anyone in their 20s is: try all the things you feel you want to do.  Find what your passion is.  Don’t follow your friends’ dreams, your parents’ dreams – you have got to follow your own, because those are the ones that are going to make you the most happy.  And finding out what you love, what your passion is, will get you the money.  Don’t be driven by just the money.  If you have a lot of money but your job sucks, it’s only going to last for so long.  But if you love what you do, the money will come, and come, and come, and it will just feel easy.  When you love something, everything is just seamless.

Could you tell us about your Foundation, Life Rolls On?

Life Rolls On started about fifteen, sixteen years ago because I got injured and I wanted to give back and start a Foundation where I could help other people with disabilities.  I was doing all these interviews about what happened to me, and all these people said, “Hey man, life goes on… life goes on…” And I looked down, and I said, “Man, I roll on.  Life rolls on.”  And everybody just loved the name so we trademarked it.  At first we were just doing some small events, some golf tournaments here in Marina Del Rey.  Then we started these other programs called They Will Surf Again (TWSA), They Will Ski Again (TWSkiA) and They Will Skate Again (TWSkateA).  We take people with disabilities out there so they can still stay active, to surf, to skate, to ski – and it’s just grown.  We also do other events, like concerts and poker tournaments.  Our big fundraiser is called “Night by the Ocean” and it’s an auction dinner and concert in Marina Del Rey.  That’s where we try to raise the money for the year to put on all the programs.  We do the programs in California, Florida, New Jersey, Virginia, North Carolina. 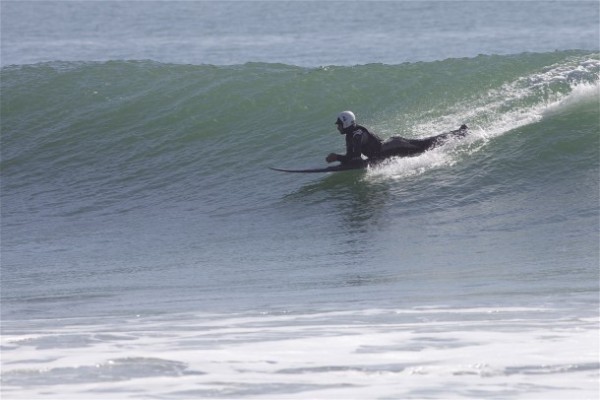 It’s super rewarding to see families, people to come out to the events and they have a huge smile on their face.  It changes their life, it builds their confidence, and it makes them feel free – not paralyzed when they’re in the water.  Just that little moment, man, takes them throughout the year.  It keeps that smile on their face.

NH: You seem like you have a great attitude.  Do you have any advice for staying positive?