Jesse Billauer Dreamed of Becoming a World Champion Surfer; Here’s How He Did It…And Much More 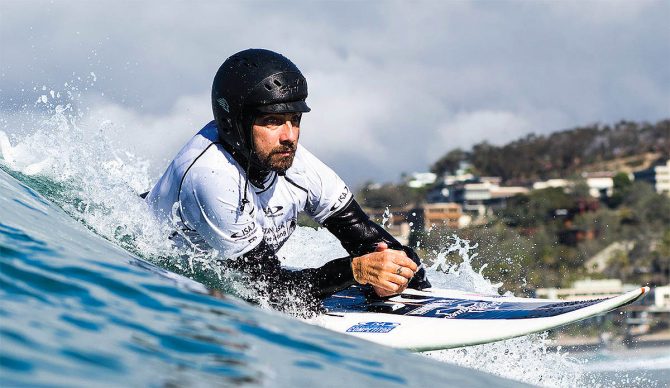 “I could’ve just done nothing with my life or I could’ve done this. And I’m glad I did this so that it could help so many other people.” Jesse Billauer. Photo: Life Rolls On

Editor’s Note: On August 17, The Inertia’s EVOLVE Summit will celebrate individuals making positive contributions to surf and outdoor culture. Motivational Speaker an Founder of Life Rolls On, Jesse Billauer, has inspired millions of people with his story of surfing again after breaking his neck in March of 1996, which shaped this message that he shares now: your power is in your perspective, not your circumstance. In a recent conversation with The Inertia’s Juan Hernandez, Jesse was asked what it means when people call him ‘The Godfather of Adaptive Sports,’ and if there was ever a single point where he saw his mission to just get back in the water turn into one that would inspire others to do the same. He’ll be discussing the real value of skills learned in skateparks, in the ocean, and the outdoors in Los Angeles at EVOLVE next month. Tickets sold out quickly last year, so grab one before they’re gone. Enter SECONDWAVE at checkout to save $45 on early bird tickets.

I was injured in 1996. I feel like up to that point nobody was doing adaptive surfing, so I kind of had to figure it out. Rob Machado, Al Merrick, and I came up with this idea for a board, and they made it for me. I laid on my stomach, propped myself up on my elbows, Rob pushed me into waves, and it kind of all started with that.

Growing up, I always wanted to be a world champion surfer, and I felt like obviously that was lost when I broke my neck. My whole thing had been to become a professional surfer, but once I got injured it was like, “I guess I’ll just go to college.” I wanted to do motivational speaking, and a lot of people I knew who’d been injured were starting foundations, so that inspired me to start Life Rolls On and from there, the organization just grew organically. It became this mission to give back, because a lot of people had opened up doors for me and given me so much in the surf industry and outside the surf industry. For example, Bob Hurley’s been sponsoring me since I was 12 years old. I’m probably the longest sponsored athlete by Bob Hurley. He’s one of the best guys in the world, so I wanted to have a platform to help people that didn’t have a voice, that didn’t have opportunities to do what I do, or just to do whatever they love — giving them an outlet to meet new people, build confidence, friendships, and relationships.

Then adaptive sports really grew, and to win the first adaptive sports World Championship in 2015 was a big deal. I’ve been winning different contests here and there, but to see the growth of it all and to know the I had a big part of that is pretty cool. For me to be able to surf 10- to 15-foot waves still, to be able to surf in Hawaii, Fiji, Mexico, and all these places around the world is still amazing. Now there’s so much opportunity in every different sport for people with disabilities, and they actually have a lot of hope. You get to see people that are thriving, winning world titles, having families, traveling. It just opens up the door for them to say, “My life is not over. I get to do so much.”

Now I travel a lot and meet people in hospitals, at motivational speeches, or they just come out to events saying thank you for giving them an opportunity to do something they never thought they could, for allowing them to meet other people, other families and friends in similar situations. And they’re just stoked that I never gave up.

So I could’ve just done nothing with my life. Or I could’ve done this. And I’m glad I did this so that it could help so many other people. Honestly, now I’m just stoked to be able to give back. That makes me feel good to see people smile and having a good time. And now, all these years later, a lot of the kids that first went through my program are competing and trying to beat me. It’s pretty rad. I tell them in due tie you’ll be a champion, but I still gotta win.

Editor’s Note: Special thanks to our partners OluKai, 4ocean, Zola, Caliva, Klean Kanteen, Pau Maui Vodka, Qalo, Kindhumans, Rise Brewing Co., All Good Products, and 805 Beer for making this monumental gathering possible. Thank you also to STOKE for enabling us to host this event as sustainably as we possibly can. Enter code LASTCALL to save $35 on tickets until midnight PT on 8.10!