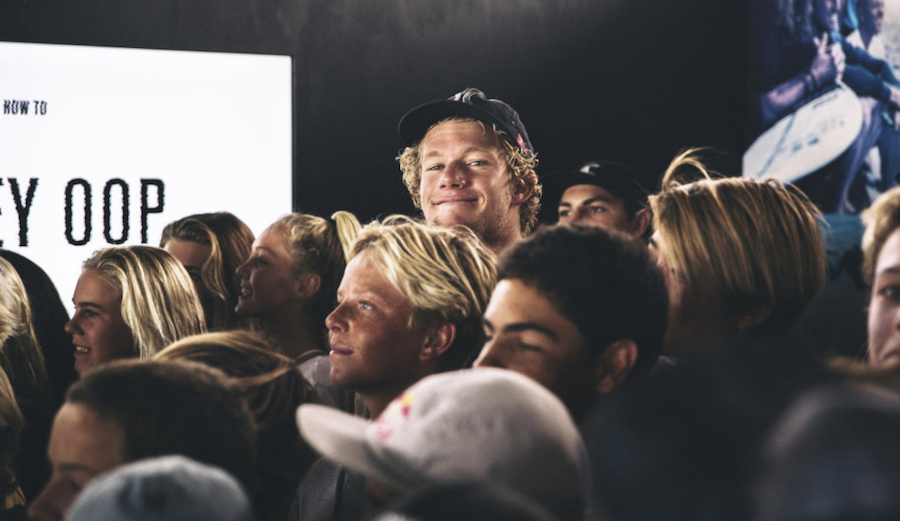 With everyone wondering where John John Florence is headed next, it’s worth asking the question: what if the two-time world champ were to leave the surf industry’s corporate nest? Photo: WSL

By now, news of John John Florence’s split with longtime sponsor Hurley has been widely reported. And the question on everyone’s lips appears to be: who will swoop him up? Or better still, does any endemic surf brand out there have the solvency to offer the two-time world champ a contract to rival the nearly four-mil-a-year over eight years deal he inked with Hurley? Hmm.

If the recent merger between Quiksilver and Billabong and the purchase of Rip Curl by outdoors giant Kathmandu are any indication, many of surfing’s biggest brands are tightening their belts. Not to say they wouldn’t make room for Florence by trimming their surf team elsewhere, but what if another possibility exists that few (perhaps even JJF himself) have weighed? What if John were to flip the script, building something brand new from Hurley’s ashes? Who wouldn’t love to see that?

Great pro surfers are often measured by their competitive success, but smart pro surfers recognize that a multi-million dollar contract could evaporate with a bum knee or ankle lickety split, and that instead of being the expensive, living, breathing billboards of corporate shareholders trying to hawk their wares, better to build something for yourself. Own a piece of surfing rather than the other way around.

Kelly Slater has this perhaps most figured out (having started Outerknown and with stake in Firewire and a number of other brands). But, he’s not the only one. Mick Fanning and Joel Parkinson famously helped build up Balter Brewing which recently sold for an undisclosed small fortune. Fanning also has an eponymous foam surfboard company. Taylor Knox was an early investor in Saint Archer Brewing. Rob Machado has his own surfboard label supported by Firewire. Dane Reynolds and Craig Anderson started Former. And the list goes on.

Successful pro surfers who use their status (and contest winnings!) to hedge find themselves less vulnerable to and insulated from corporate budget cuts and can operate businesses the way they want. Be their own boss, etc.

It’s only a matter of time before Florence joins the ranks of pro surfers turned reluctant businessmen. Why not now? Sure starting something takes plenty of capital, time, creativity, and the like, but Florence has those things (read: nearly 4-mil-a-year contract with Hurley) and could easily partner with a number of recently let-go former surf brand execs who, rumor has it, are eager to start something new. The time seems right.

Knowing what we know about the man, a self-funded venture would make more sense than saddling up with any of the brands currently courting him. Like Kelly Slater, Florence has pulled no punches about wanting to fight global plastic pollution and other ocean-related environmental causes. Endemic brands have made moderate strides in producing more sustainable boardshorts and apparel, but often marketing toes the line between developing more socially responsible business practices and greenwashing. With a fully independent venture, Florence would have free rein to set the agenda vis-à-vis corporate ethics without balancing the concerns of shareholders shrewdly concerned with the bottom line and who, in all likelihood, don’t surf nor have a vested interest in ocean health.

Florence is a well-known family man, as we know. Always one to throw his support behind his brothers. On the sponsorship negotiation side, word is that’s led to a few instances where the Florence bros. have come as a package deal. As with his brothers, Florence is also a loyal friend. Given so many North Shore-area surfers have felt the strain of the corporate belt tightening mentioned above, could an emerging brand helmed by Florence give these accomplished athletes a new home in the safety beneath JJF’s proverbial wings? It doesn’t feel too farfetched.

Surf culture continues to put an elevated level of importance on what sticker pros fly on the beaks of their boards as if a brand is indicative of that surfer’s identity and vice versa. In reality few brands, especially those owned by larger corporations, have loyalty to their sponsored athletes when push comes to shove. Hurley’s slashing of its ranks since being purchased by Bluestar Alliance is just the latest example.

So, could a core brand started by a wildly popular, yet extremely core surfer, be the golden egg that could breathe new life into an industry that appears to be on life support? Might be worth a shot, that’s all I’m saying.