John John’s Back in the Water; Shares Video Surfing Pipe 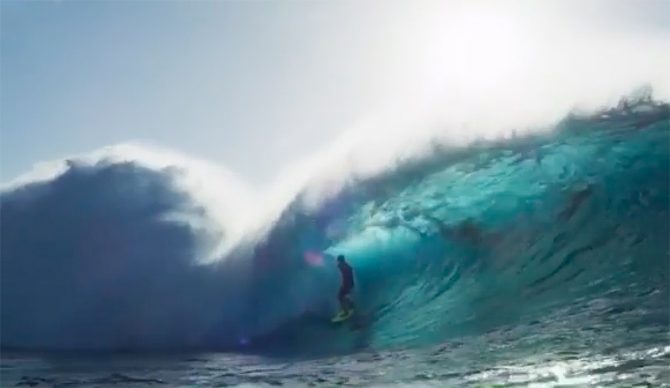 Leave it to John John Florence to have us waiting on pins and needles. The two-time world champion hasn’t surfed in a jersey for nearly half of 2019 yet he still sits securely in the top 10 of the Jeep Leaderboard rankings, he still holds a roster spot on Team USA’s 2020 Olympic lineup, and his blown-up knee is still worthy of headlines. Even if those headlines are derived from social media stalking.

Florence has yet to officially announce he’ll be surfing in the 2019 Billabong Pipe Masters (although his is registered for the Triple Crown, according to his publicist). If he participates in any of the big it’ll be Pipeline, a CT contest that he would enter to protect his Olympic positioning from Kelly Slater and Seth Moniz. But the writing’s on the wall…and his Instagram page.

Two weeks ago, Florence said, “…back home and the knee is feeling great. I’m excited for the opportunities ahead, Pipe Masters and Olympics right around the corner.”

It was an obvious enough announcement — not much reading between the lines needed.

And now Florence is back in the water, and if the admission matches the video (which may or may not be recent), he’s not easing into things.

“It feels good to be back in the water,” he wrote Monday, accompanied by a single clip of himself standing tall in a classic overhead Pipe barrel. “Looking forward to doing some of this.”

It feels good to be back in the water. Looking forward to doing some of this

As exciting as Florence is to watch, it’s no small feat nor a safe bet to return to competition — especially in a wave of such consequence — for an athlete recovering from an ACL tear. “It may take six to nine months to return to normal activity after an ACL injury,” according to one source we scoured the internet for.

“Take it slowly! No need to rush …nothing but time on your side,” wrote Joel Tudor.

By all indications, Florence’s return to competition is strictly Olympics-focused. He’s slated to surf when the Hawaiin Pro kicks off on November 13, but reportedly won’t be surfing Haleiwa or Sunset for the Vans Triple Crown of Surfing. So it’s Olympics or bust. Obviously, we’ll all still be on pins and needles.