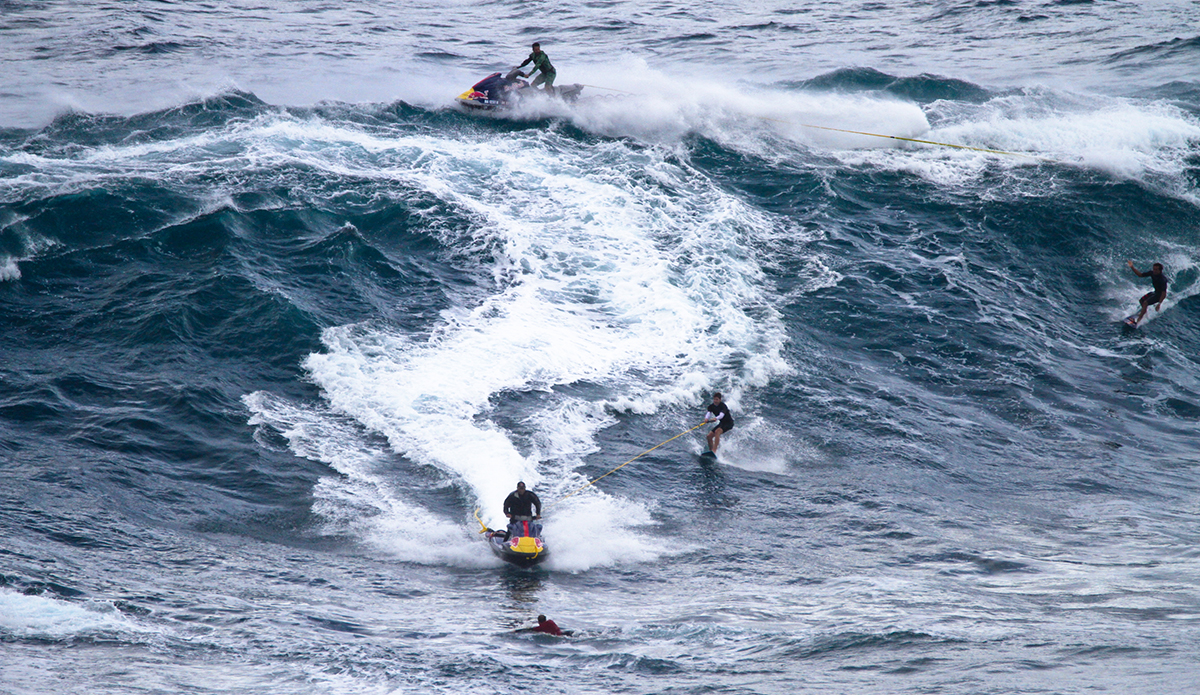 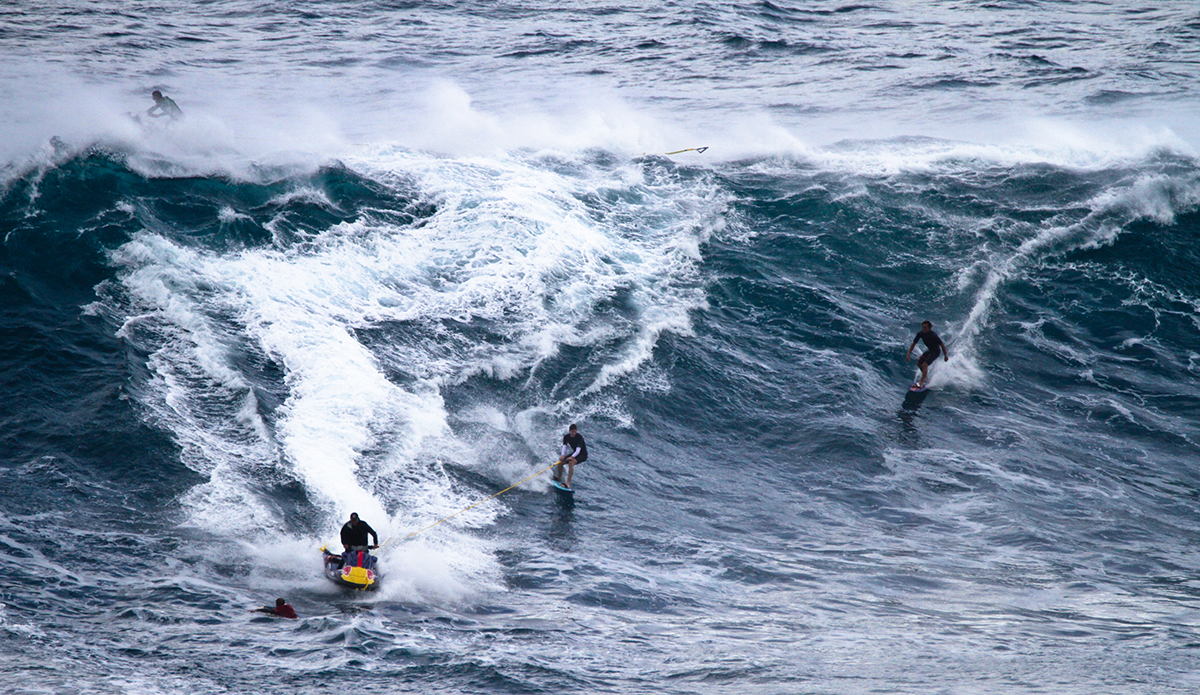 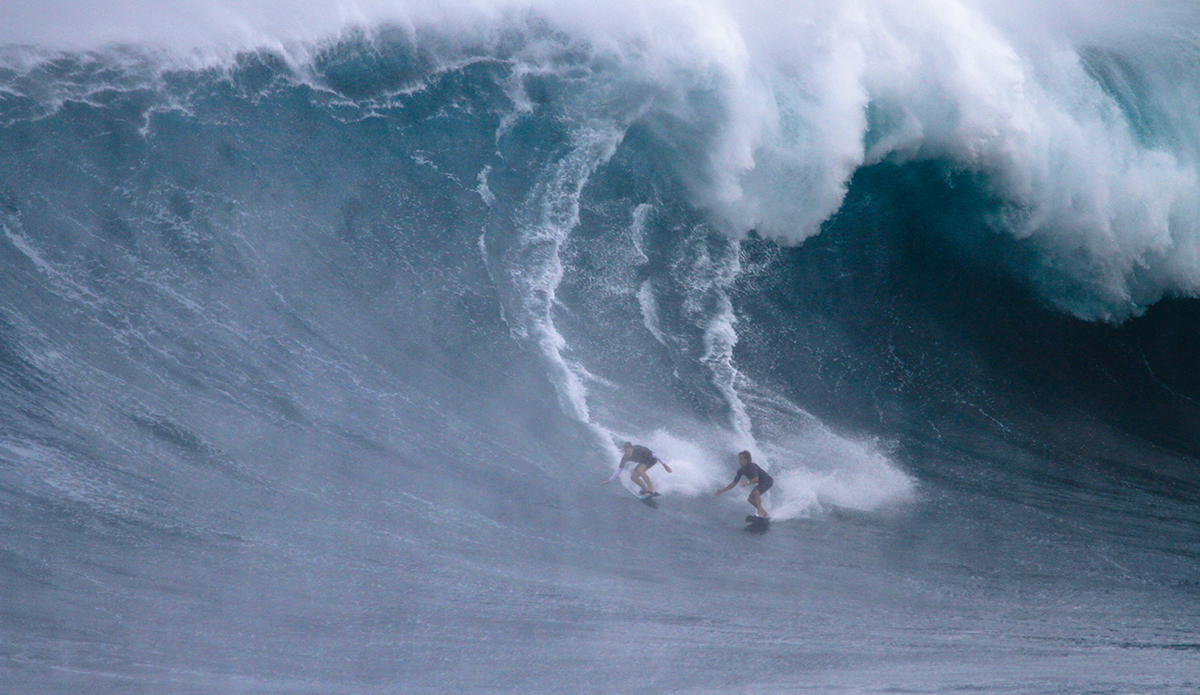 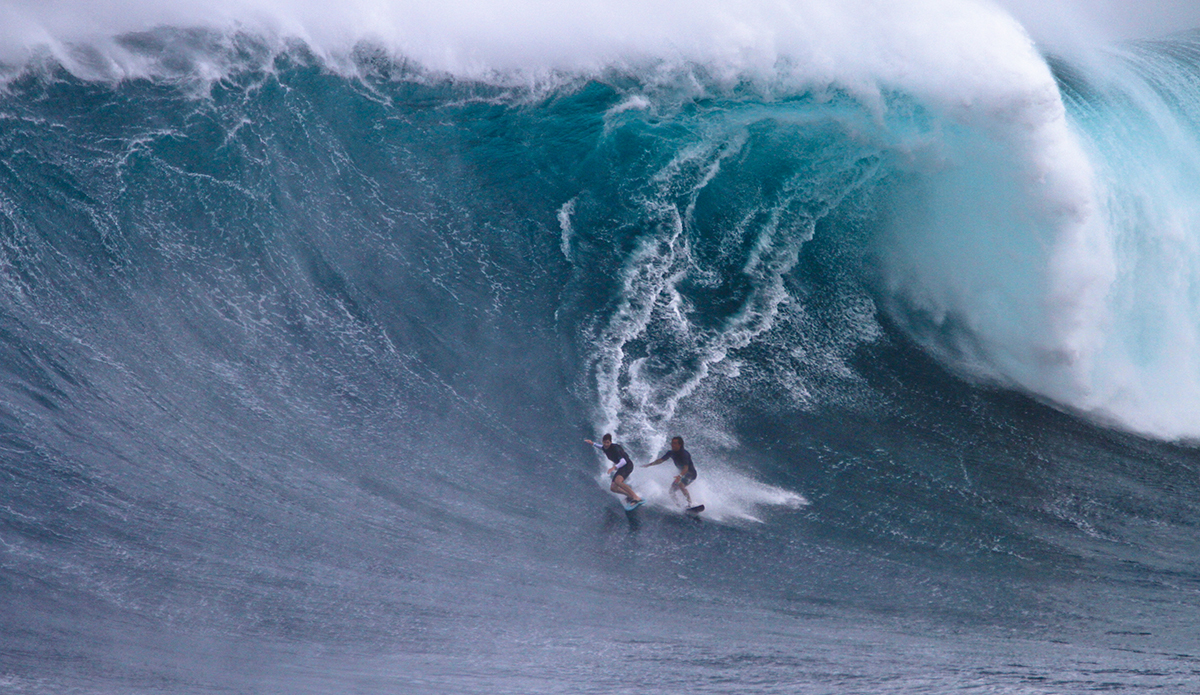 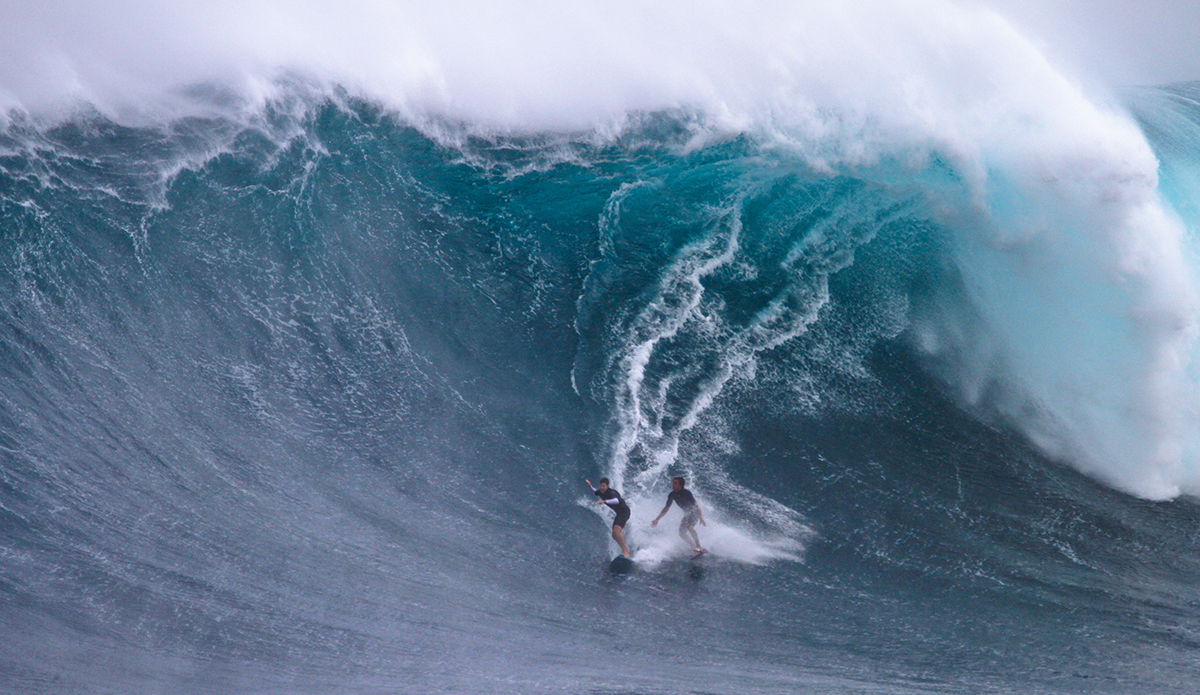 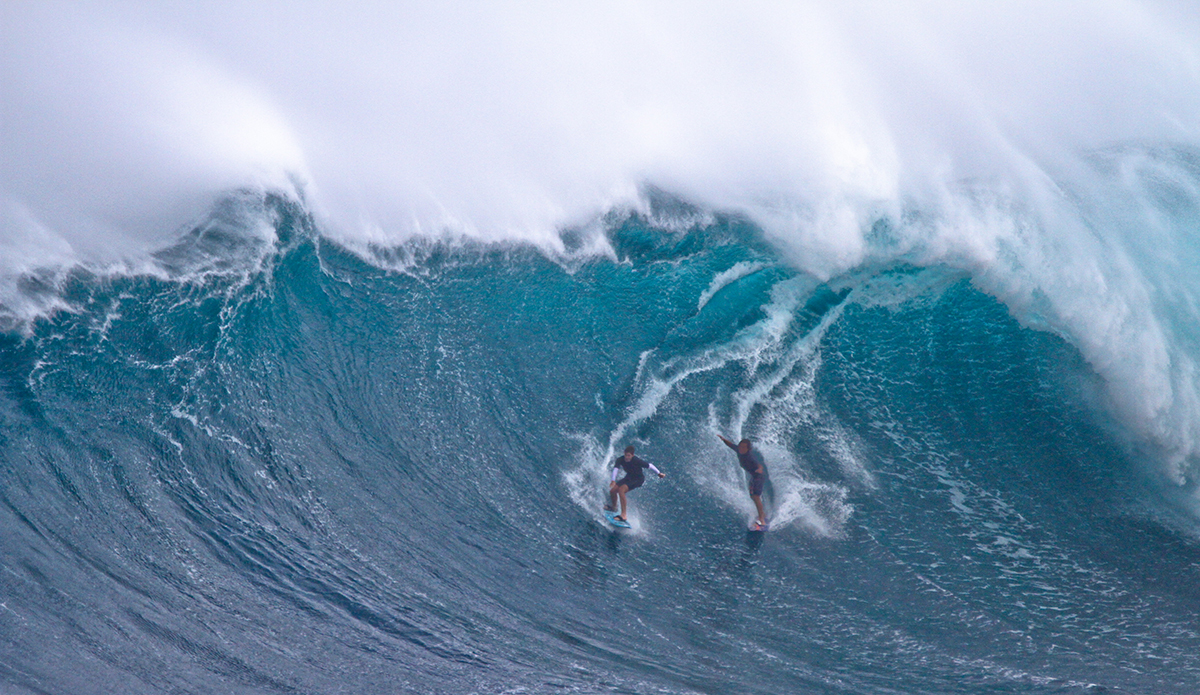 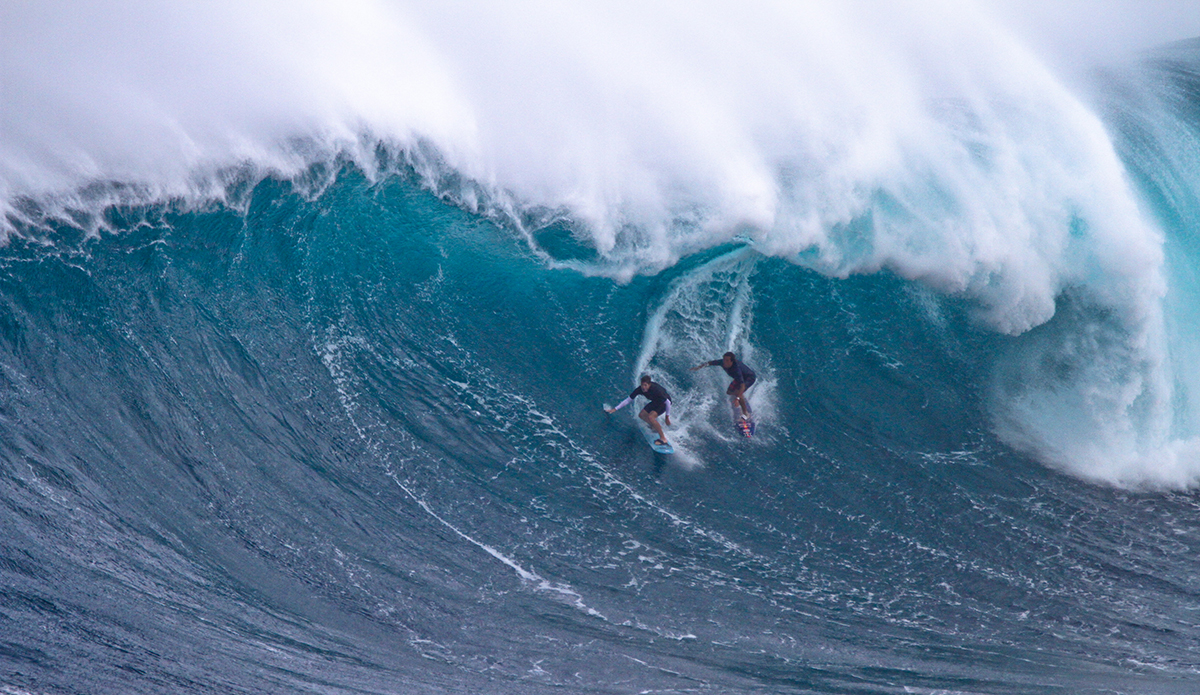 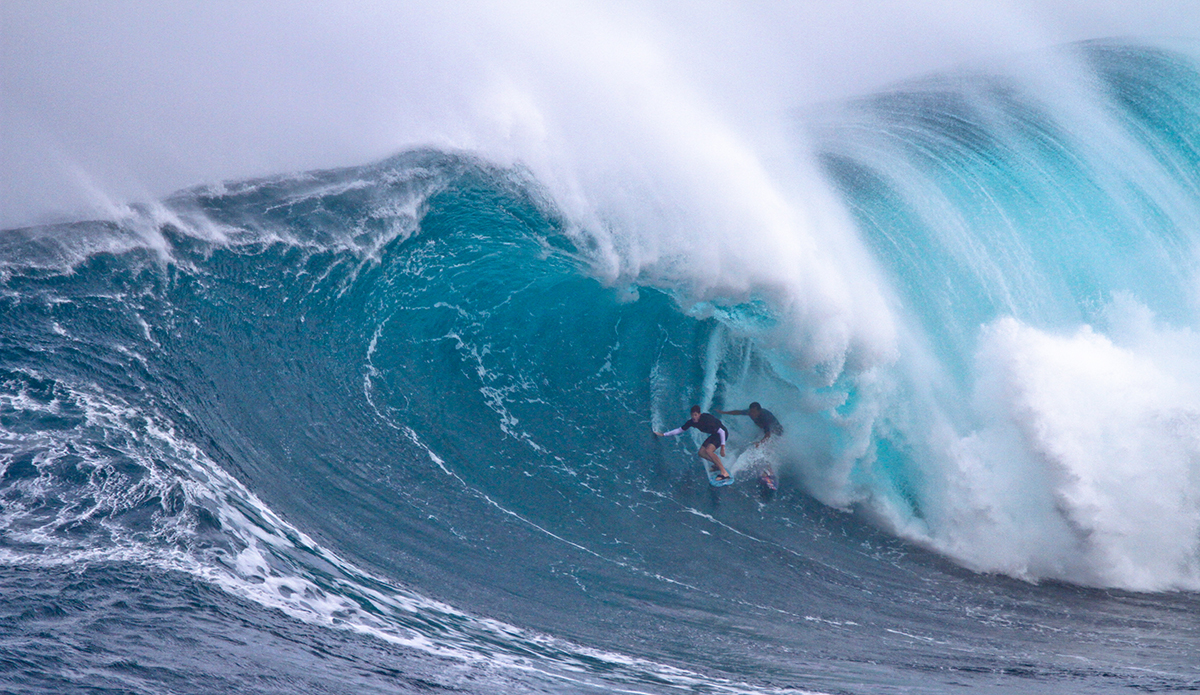 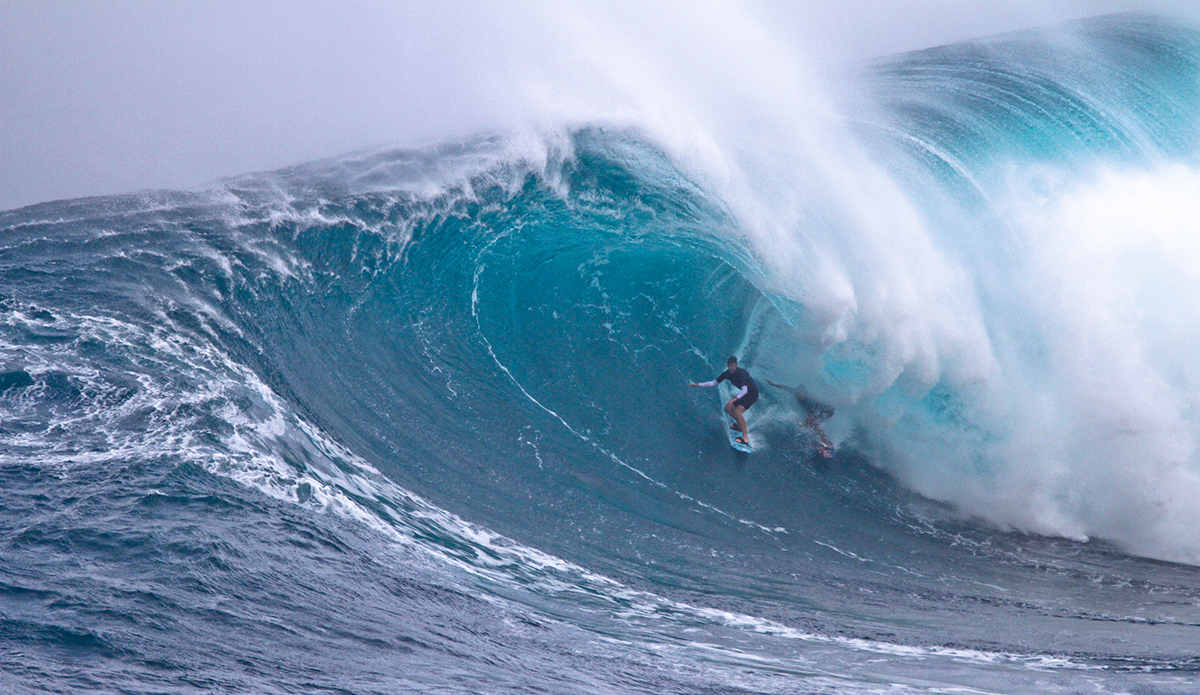 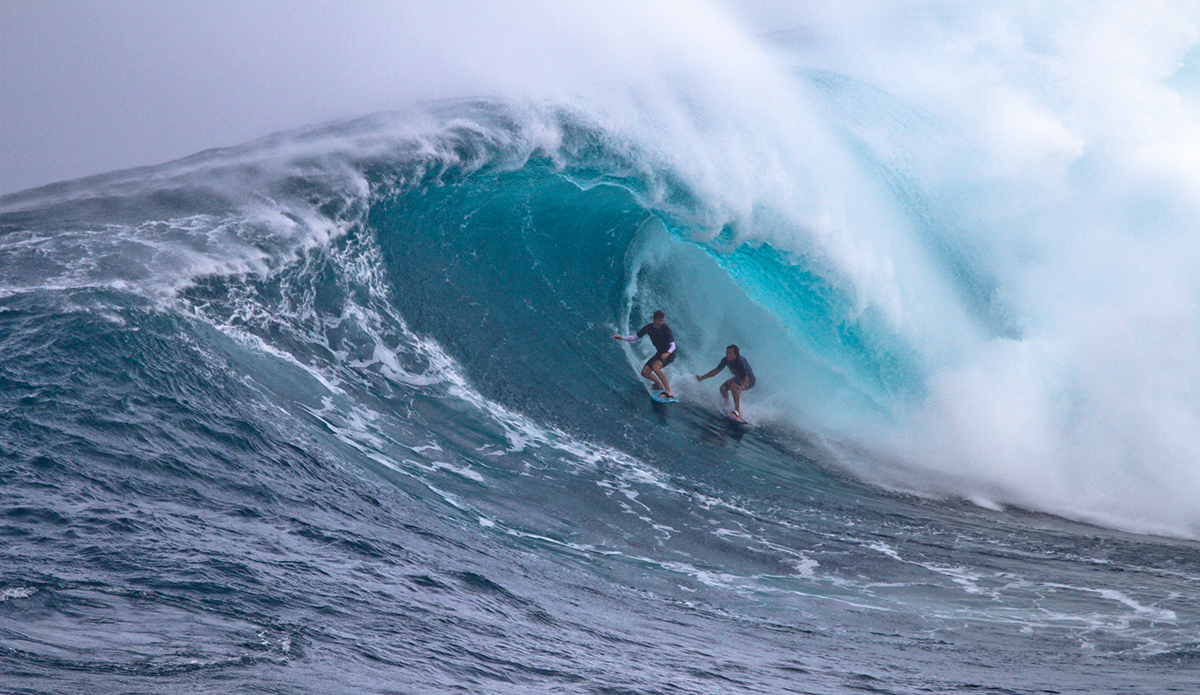 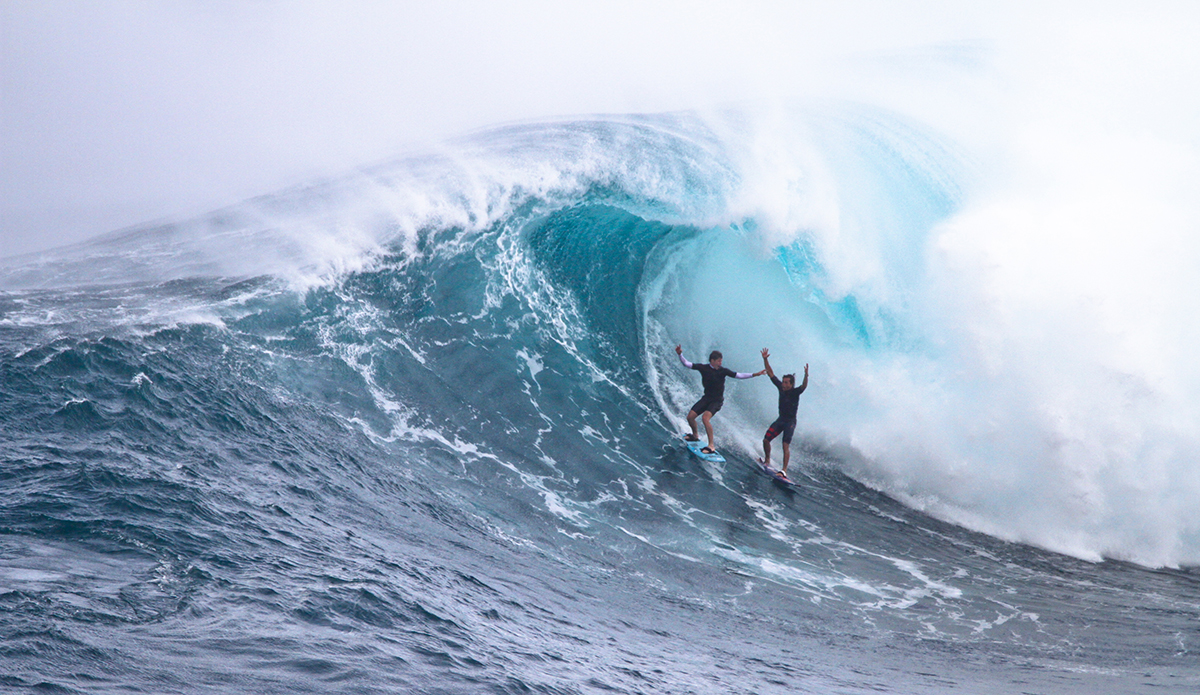 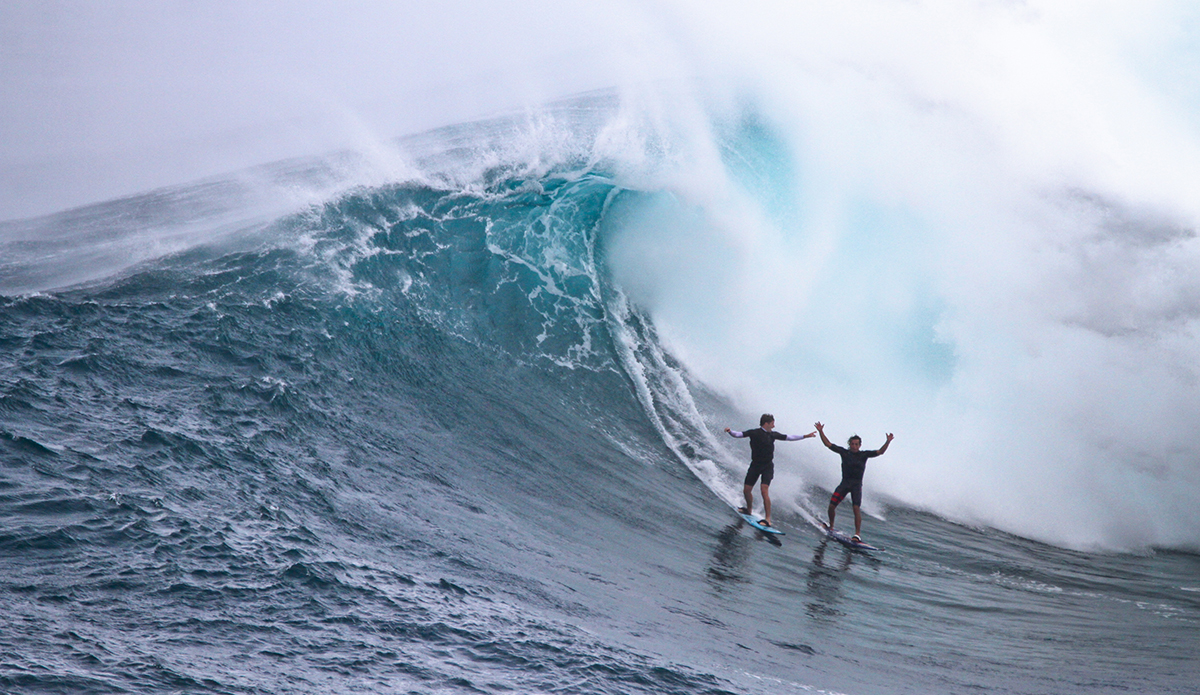 Who doesn’t love sharing a wave with a friend? There’s just something inexplicably joyous about you and your buddy flying down the face of a set wave, knowing you’re going to retell this one over beers for decades, literally, and maybe even throwing in a high five to punctuate the thirty-eight hoots you’ve belched out.

This one’s a little more…gnarly.

On December 31, 2019, Kai Lenny and Nathan Florence did exactly this. Except they did it while towing into one of the heaviest waves on the planet.

“Nathan Florence and Kai Lenny planned to go on the same wave, but they didn’t plan on getting the first double barrel ever at Pe’ahi,” said photographer Aaron Lynton, one of Jaws’ lensman regulars when the wave turns on.

According to Lenny, the planning had started the night before with the two deciding a double-tow would be “epic.” The barrel just kind of presented itself as a confluence of events once they found themselves on the wave.

“Jaws is a giant backdoor wave and taking off behind barrel wizard Nathan, I should have known he’d fade and stall for the tube,” Lenny told us. “There was so much space inside we easily could have fit another person. I took the low line for fear of getting sucked up the face and dropping onto his head.”

“For me, by far the most fun wave I rode that day,” he added. “We came out so stoked to have shared a moment like that. [It’s] rare and pretty much never do you get to share an experience like that with someone else. So that in itself made it special.”

Let’s start the year off with a BANGER clip !🔥💯💣🎥 @kai_lenny x @nathan_florence double barrel on a bomb making history on the last day of 2019. @wsl @wslbigwave @redbull_surfing @surfline