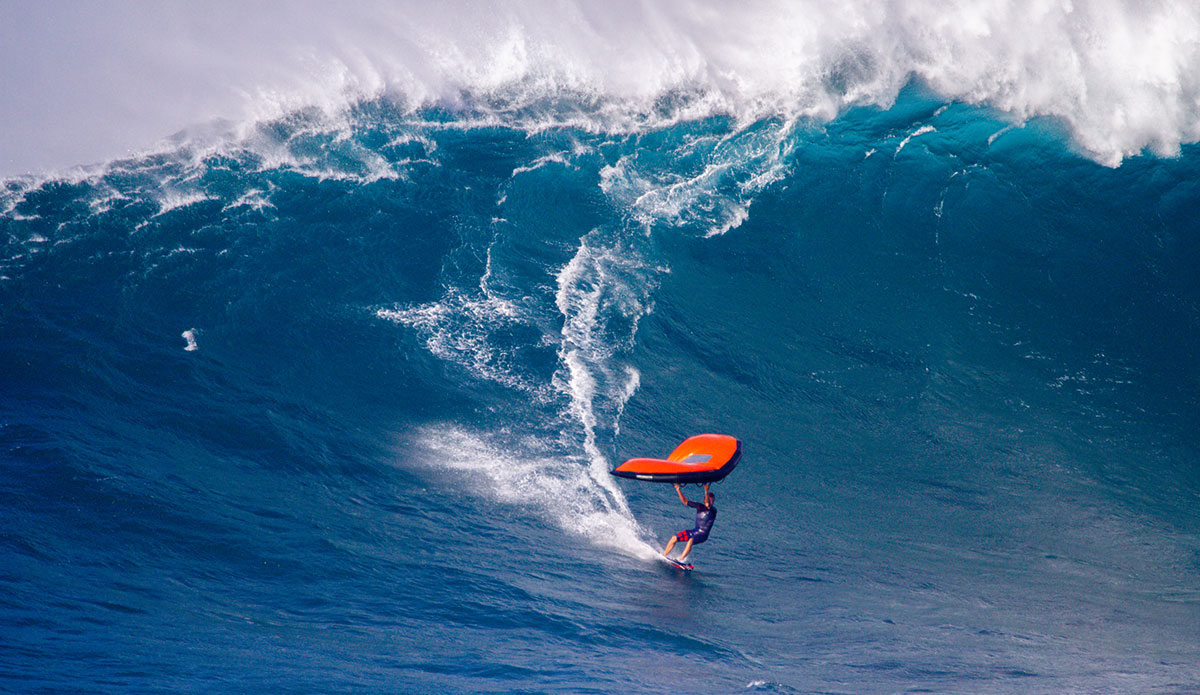 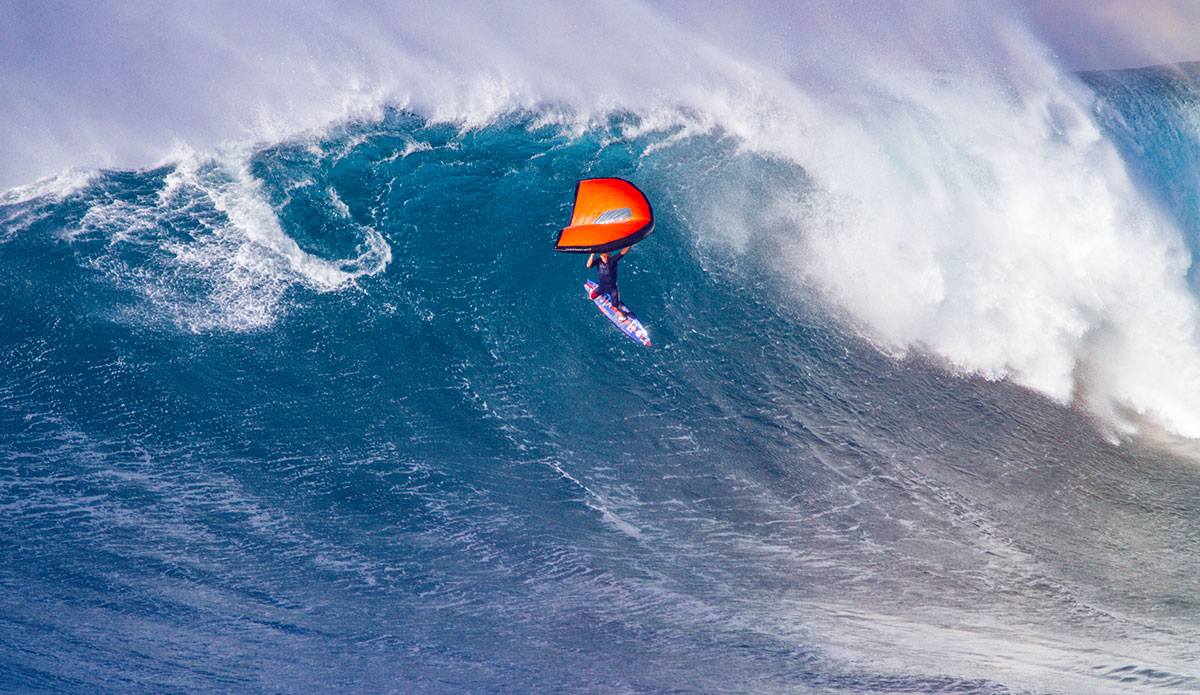 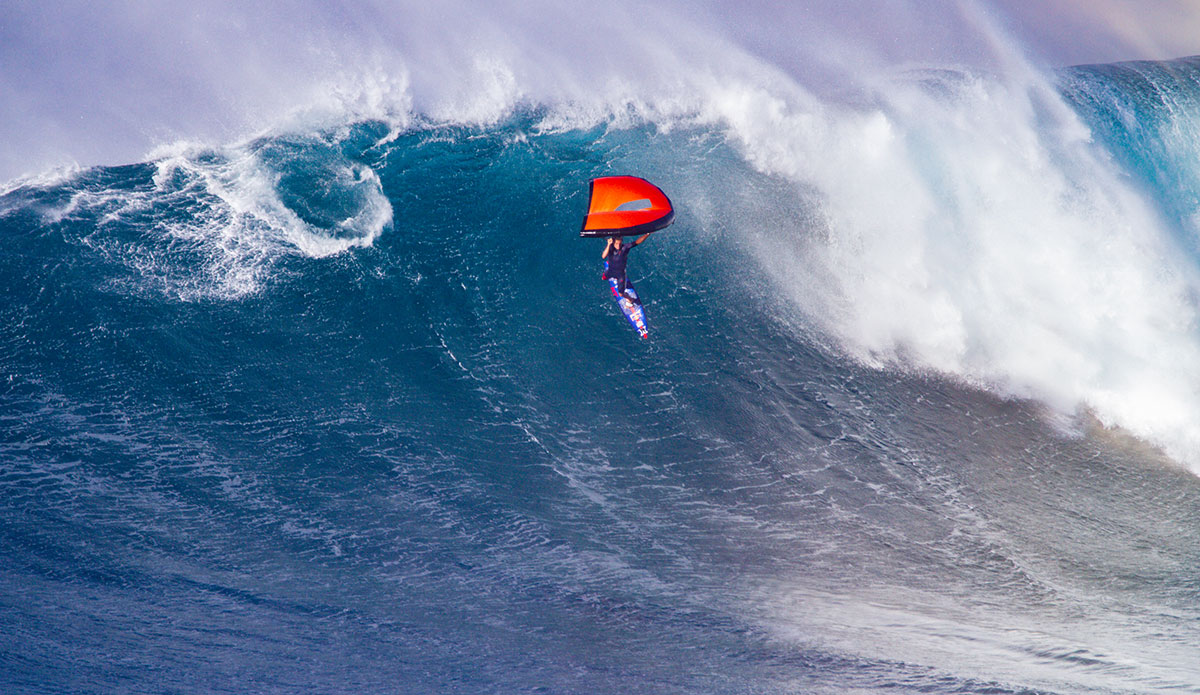 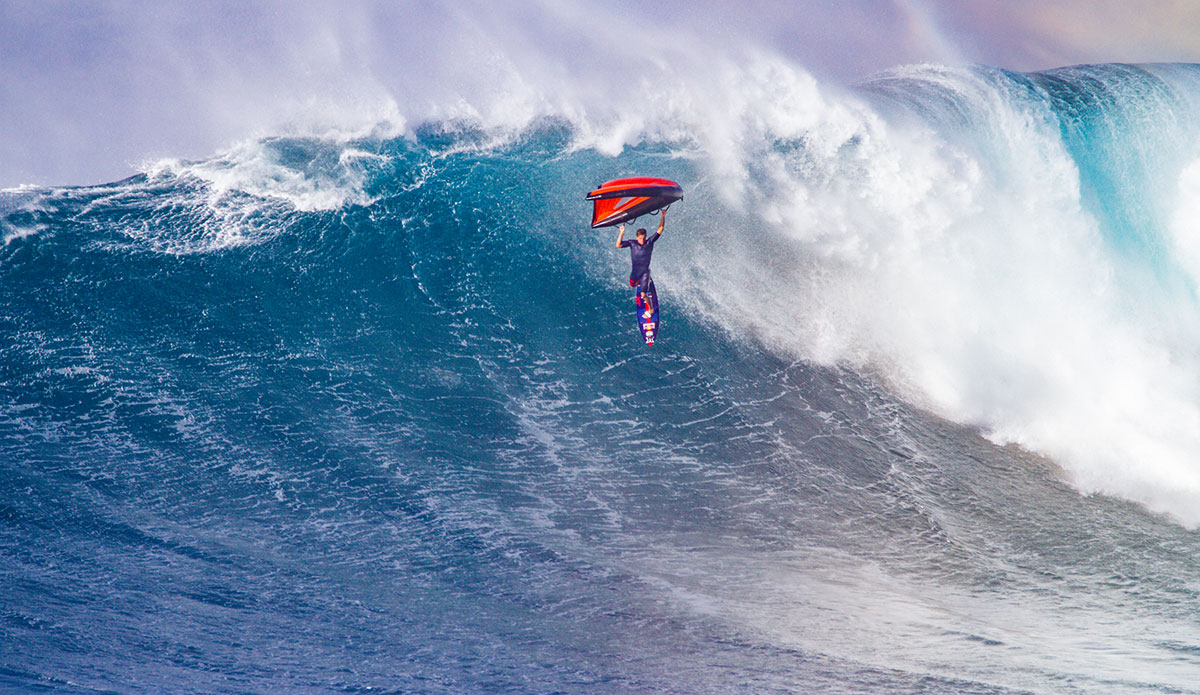 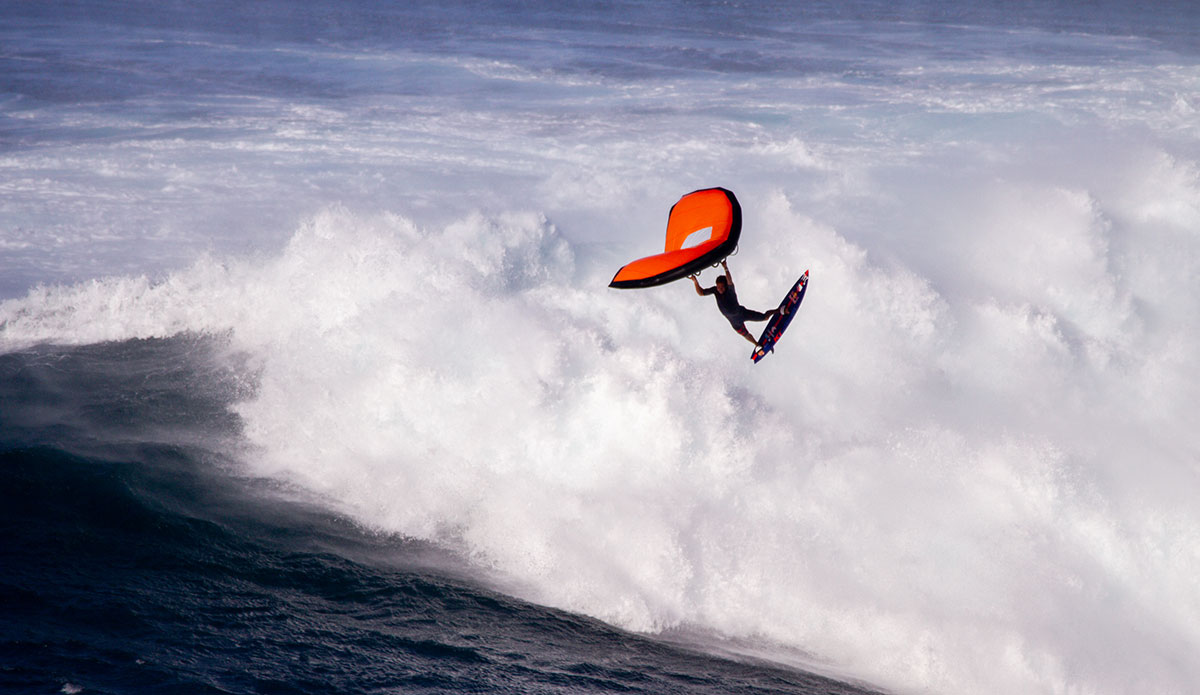 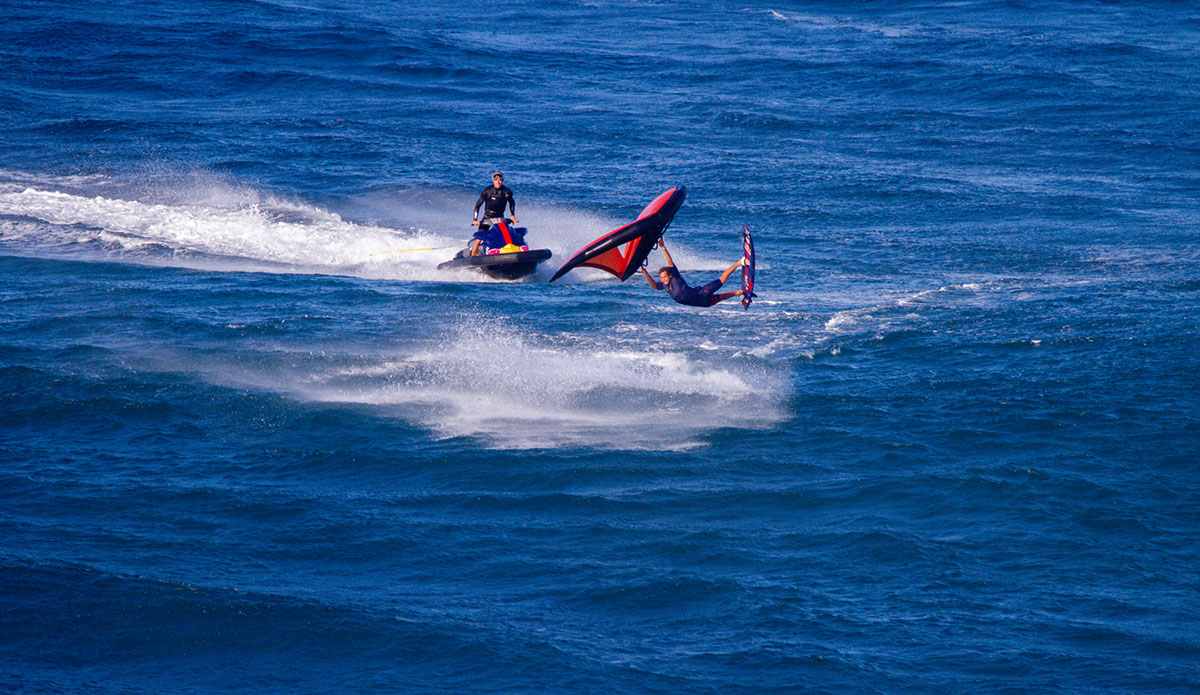 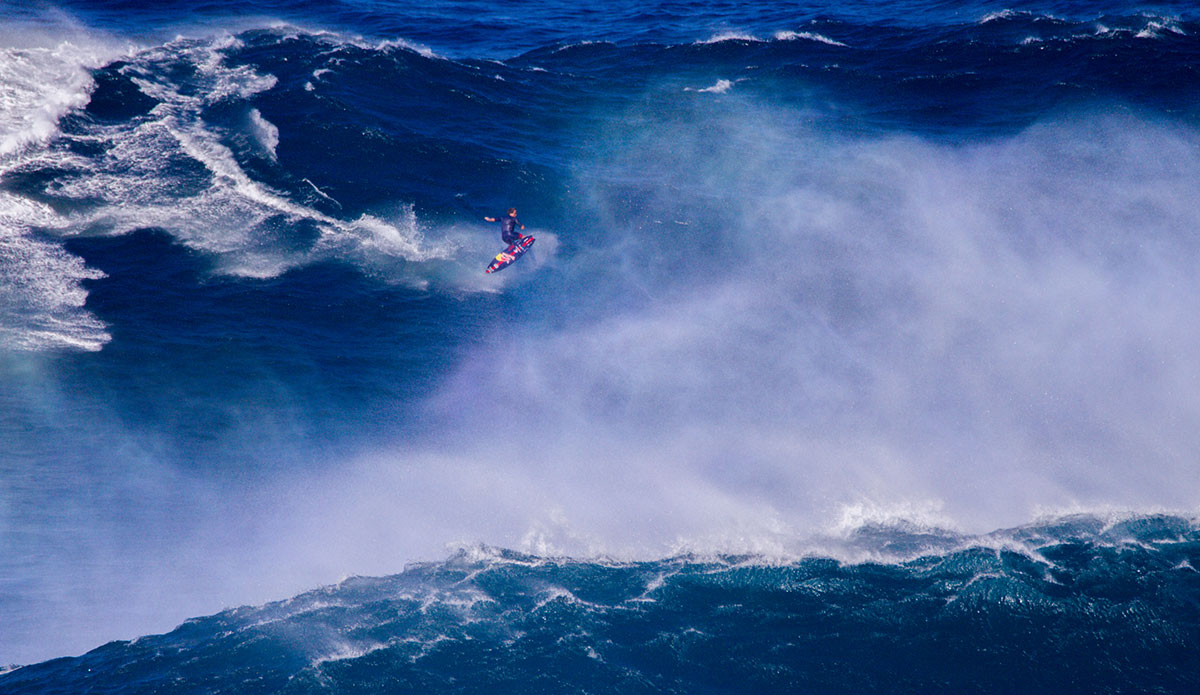 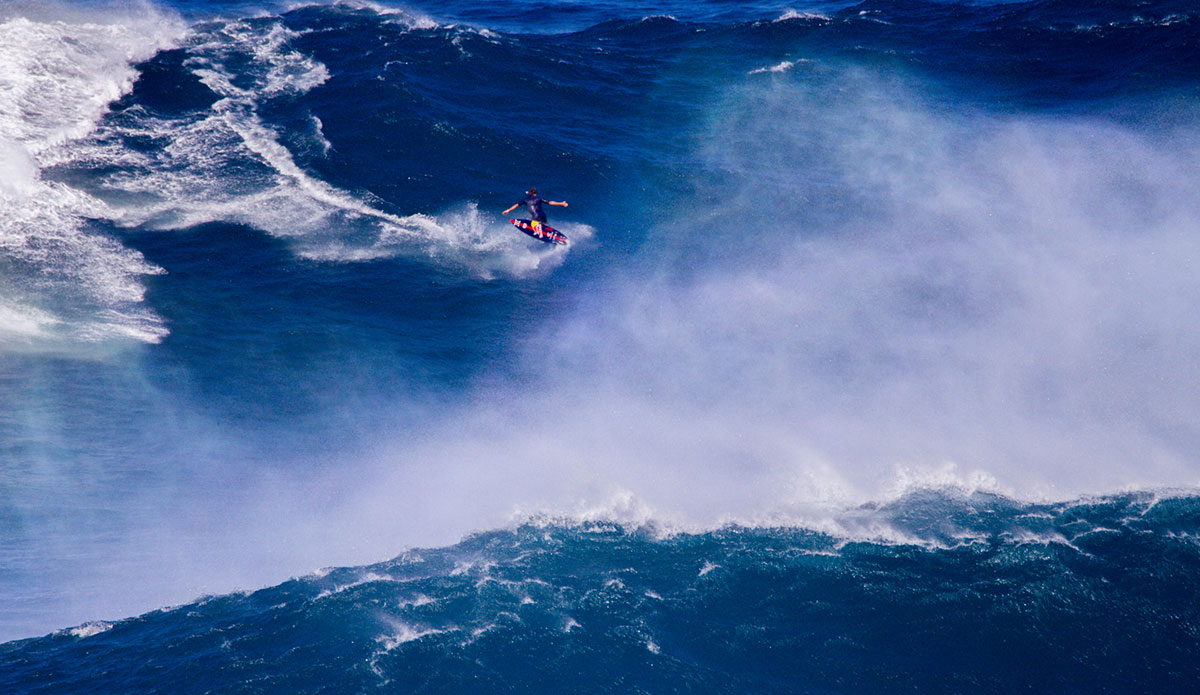 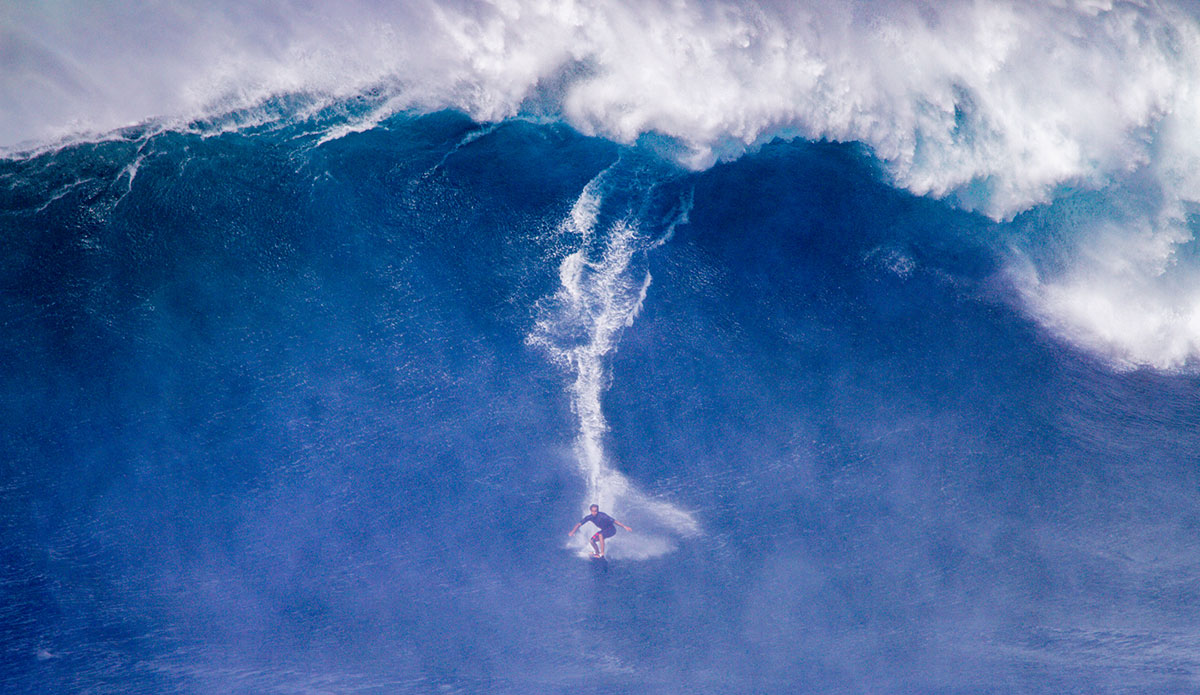 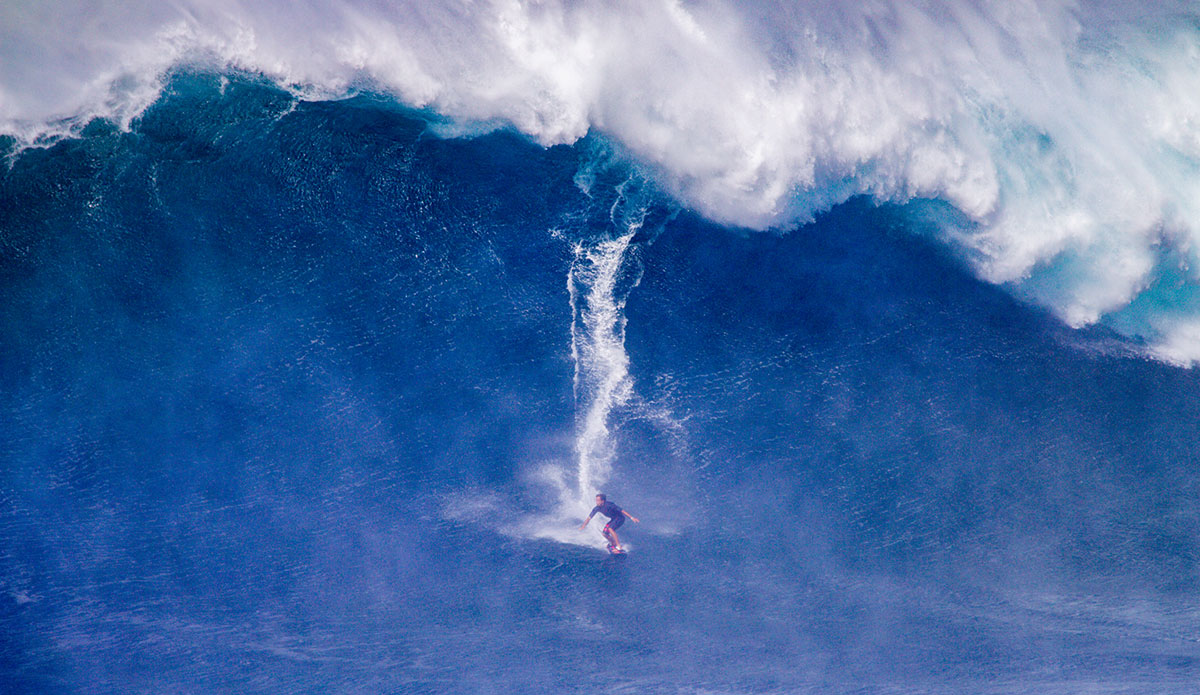 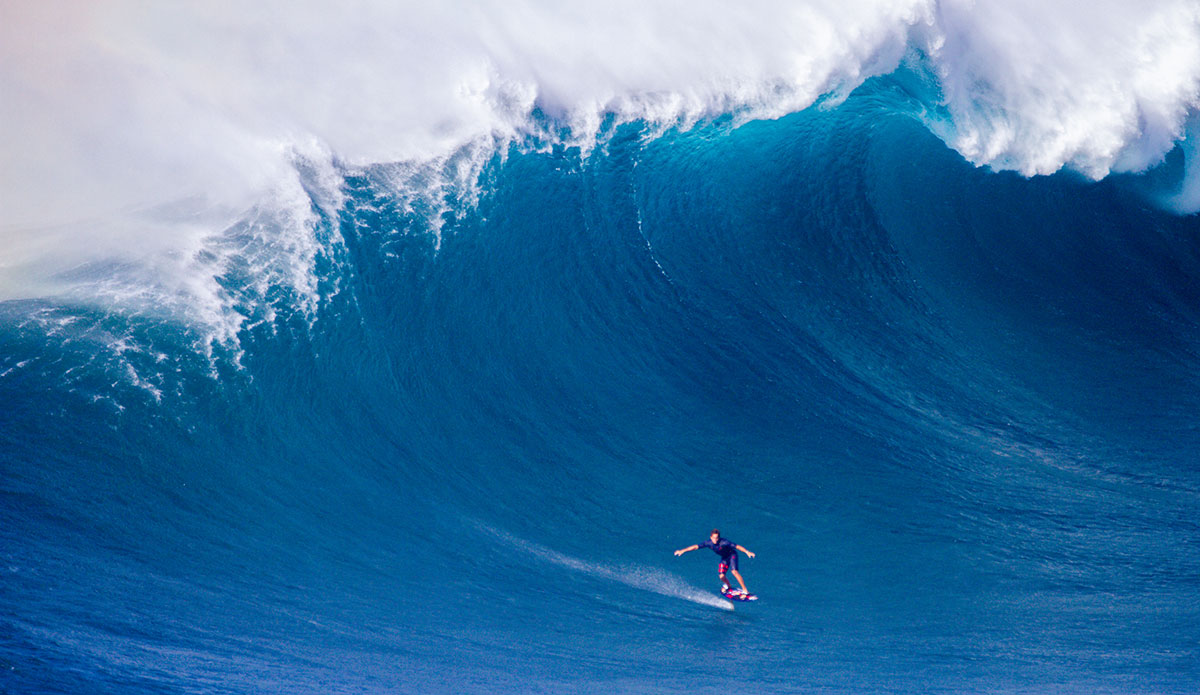 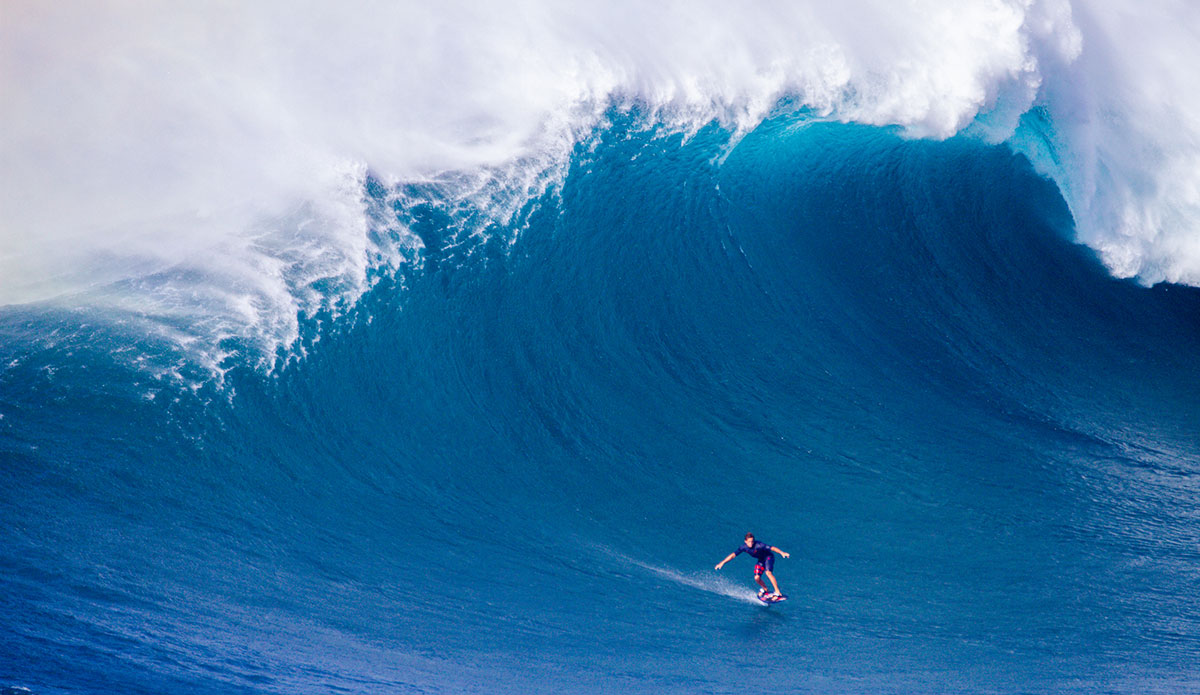 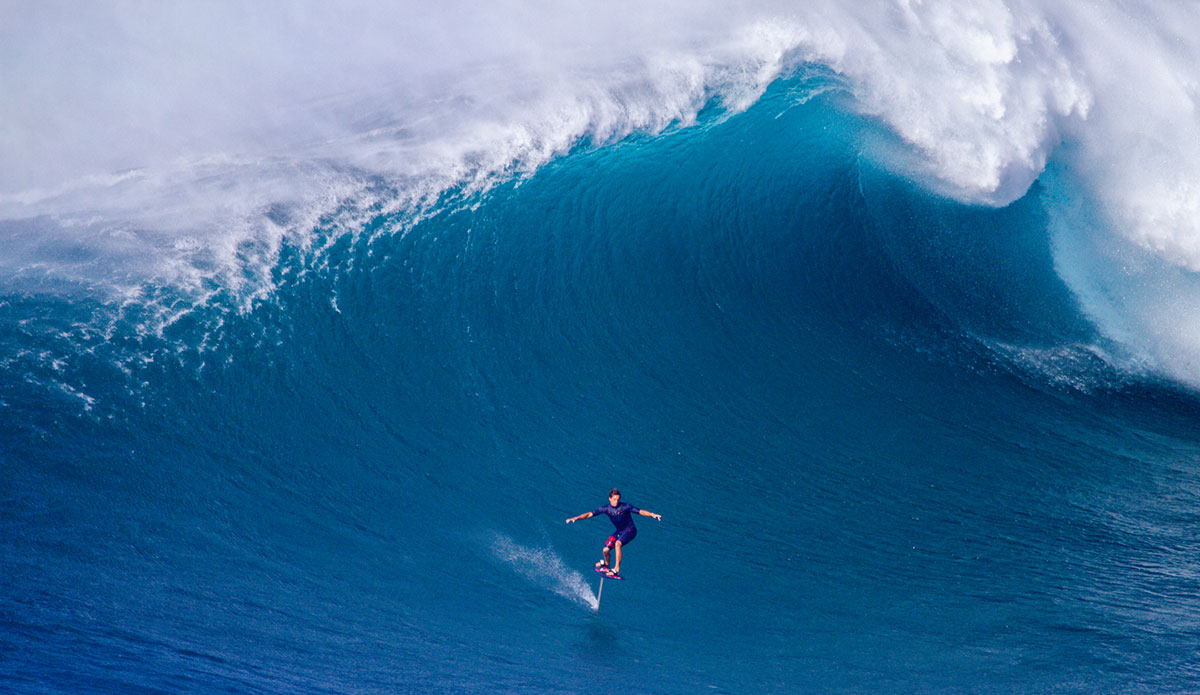 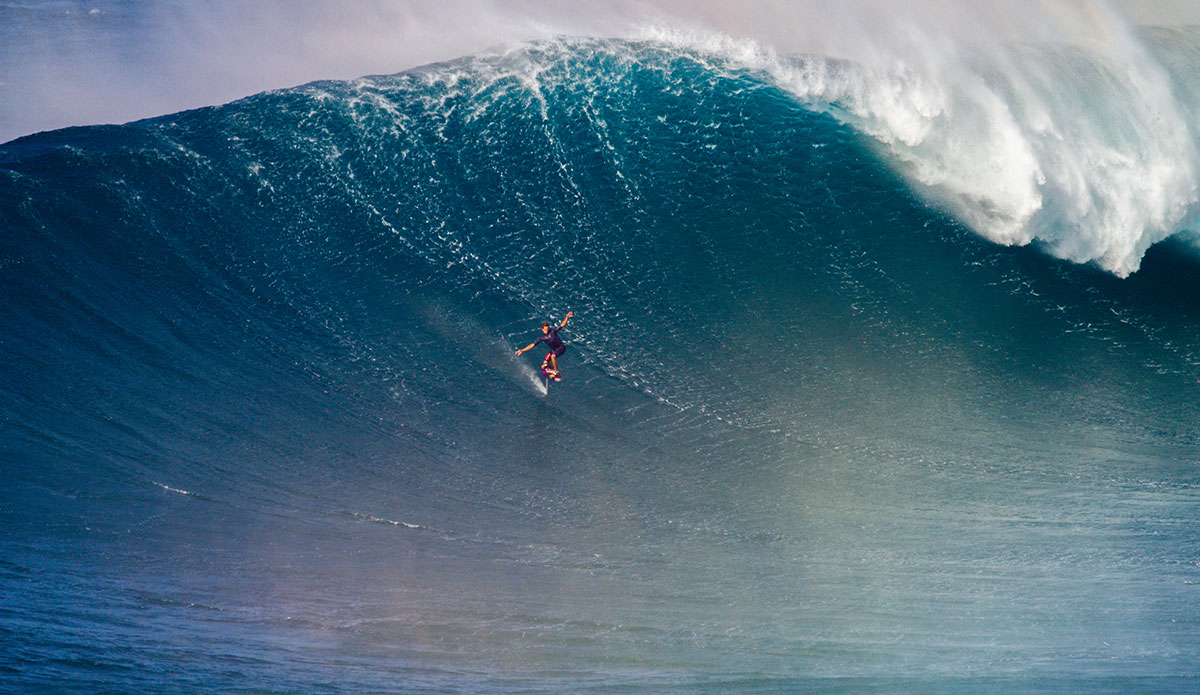 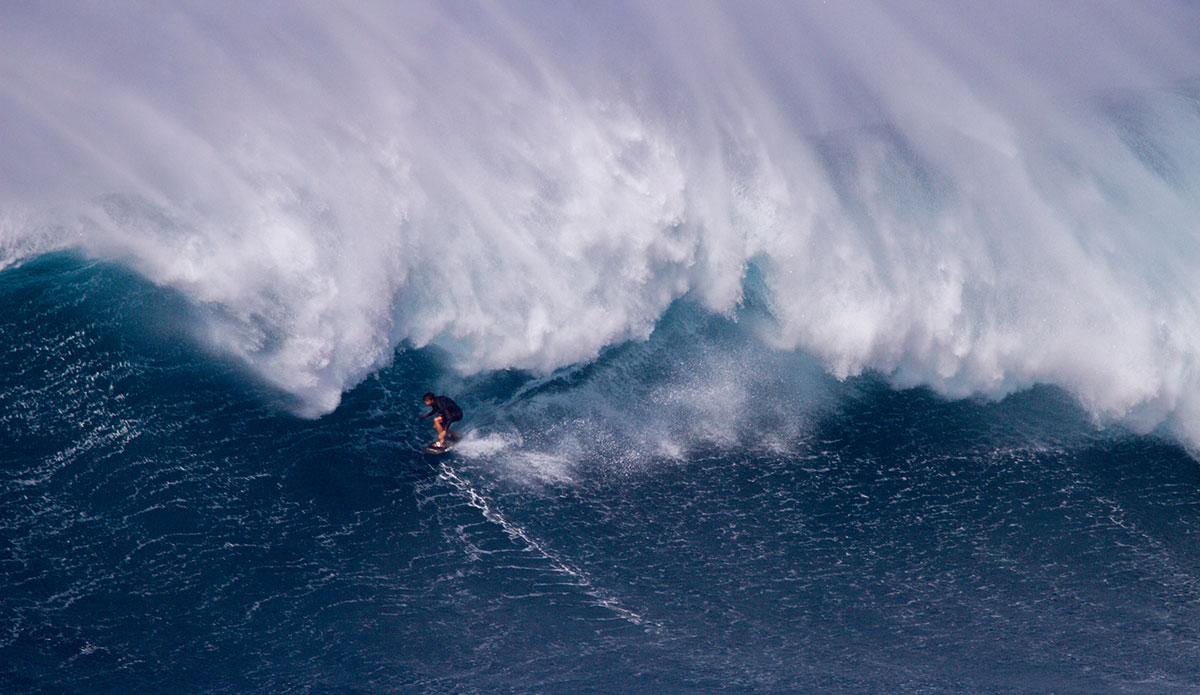 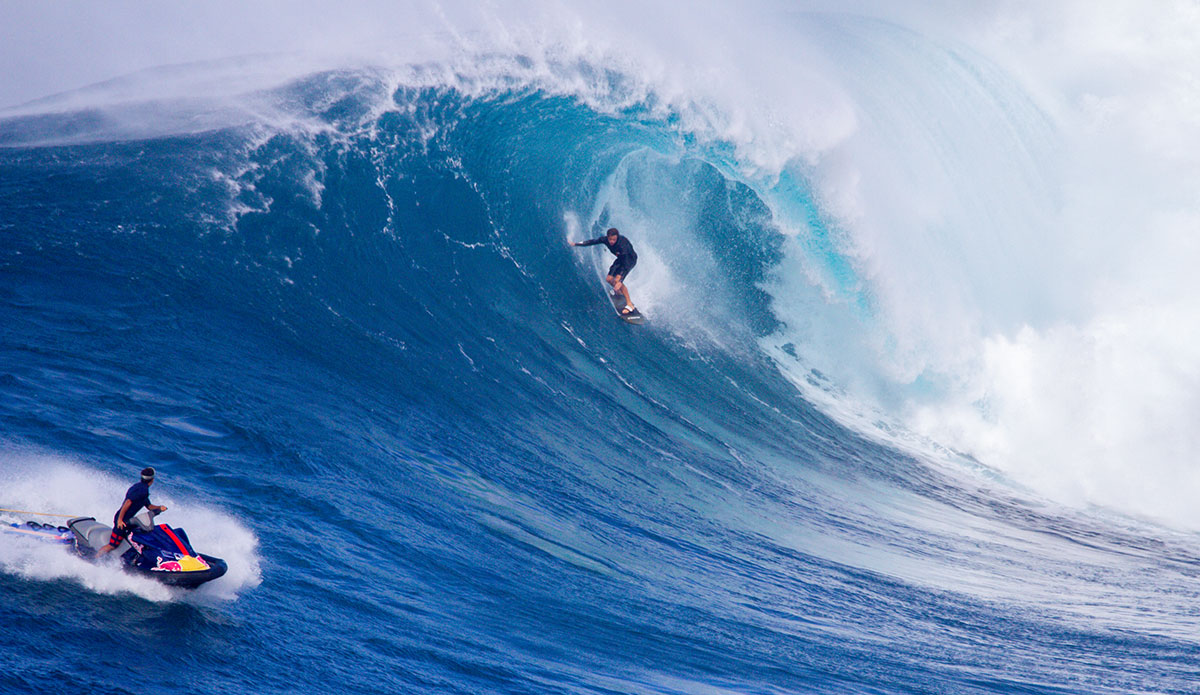 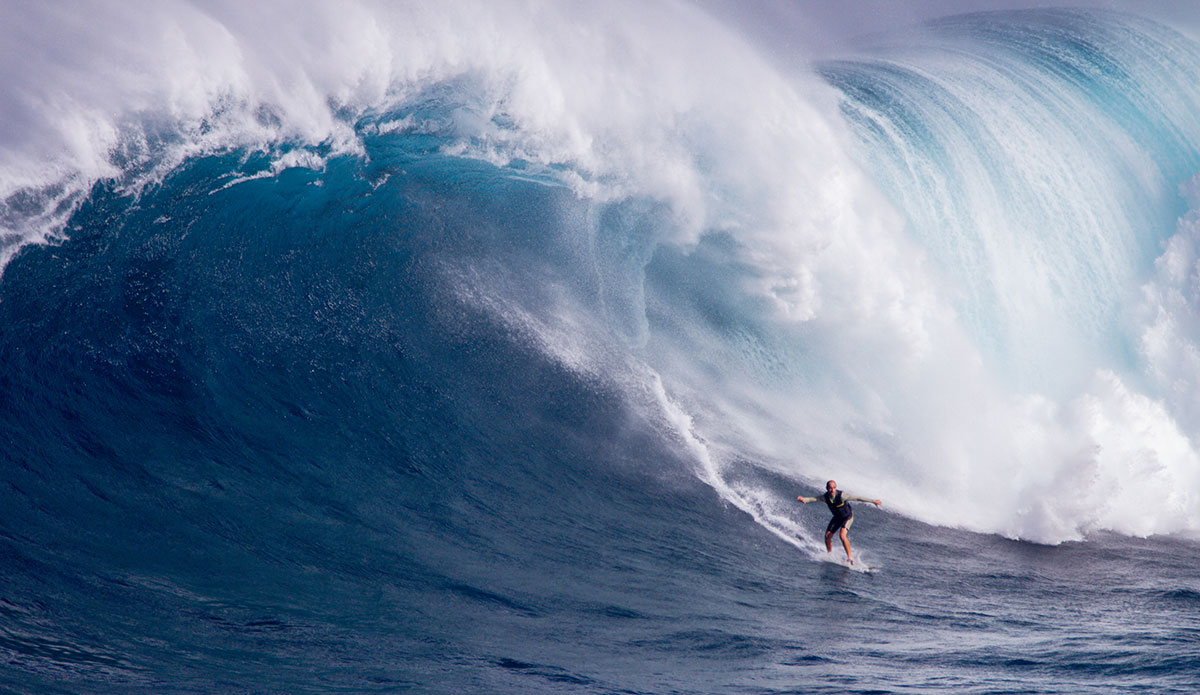 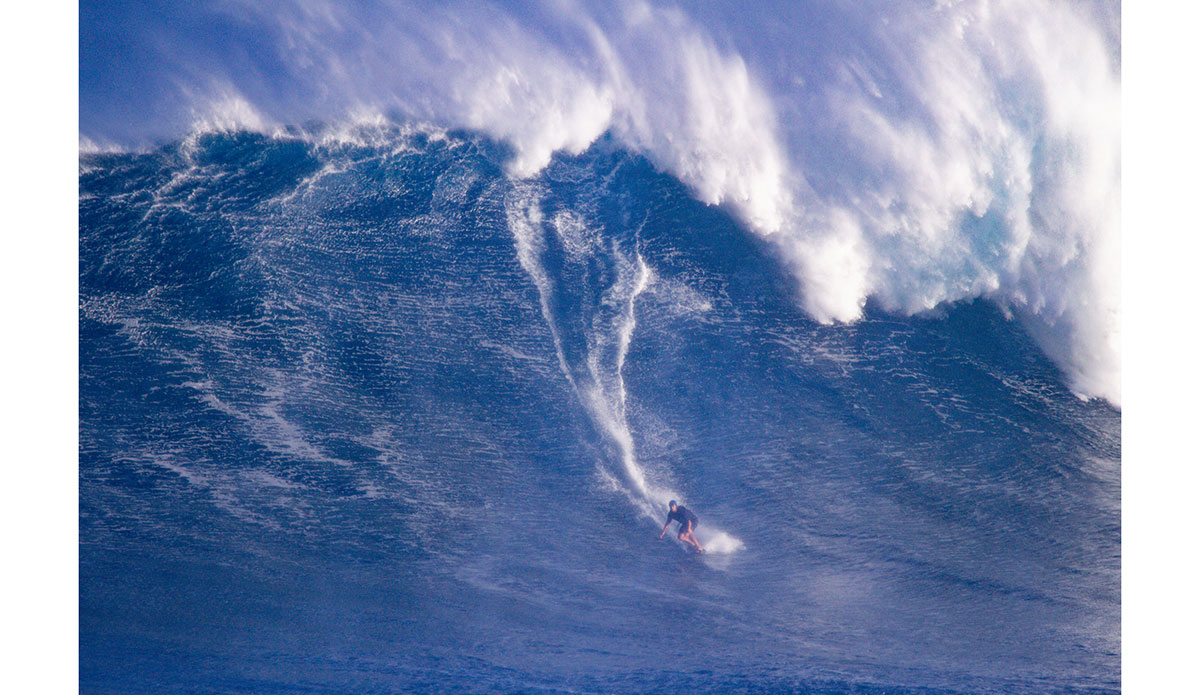 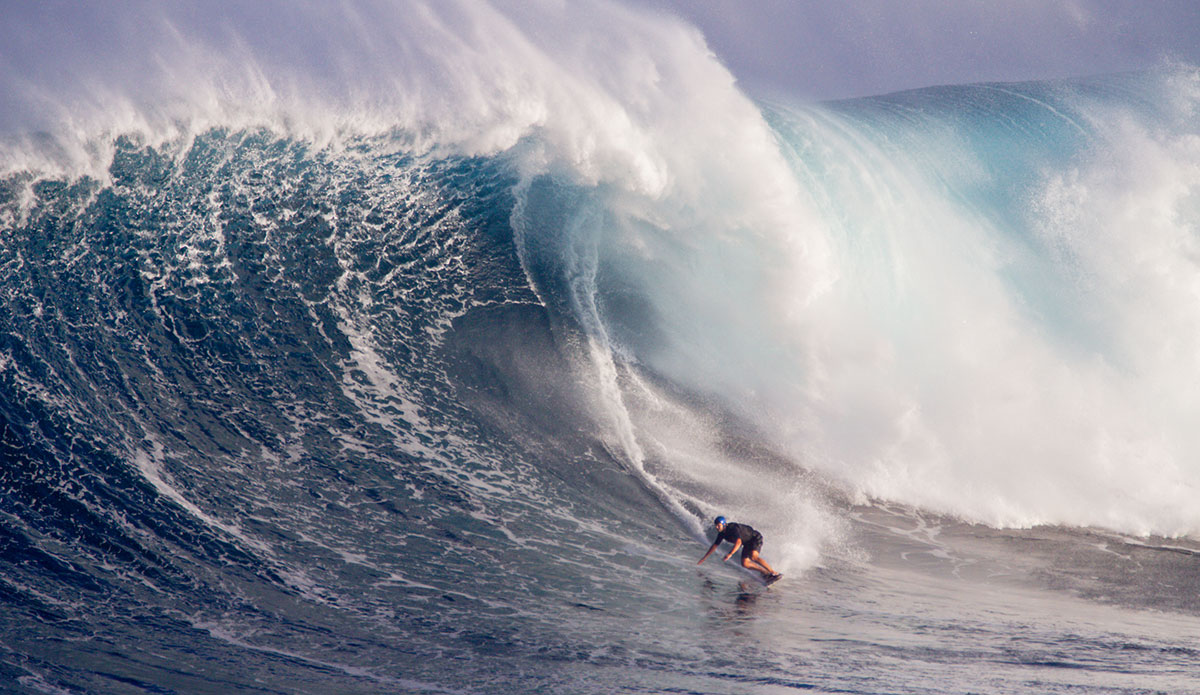 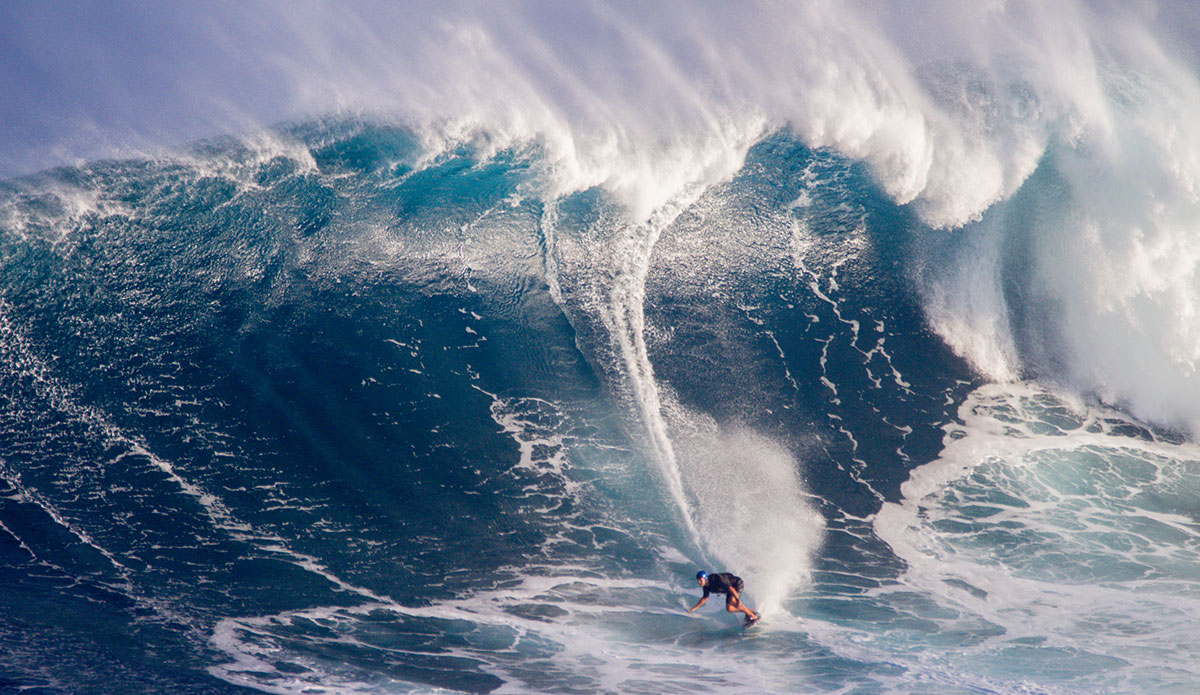 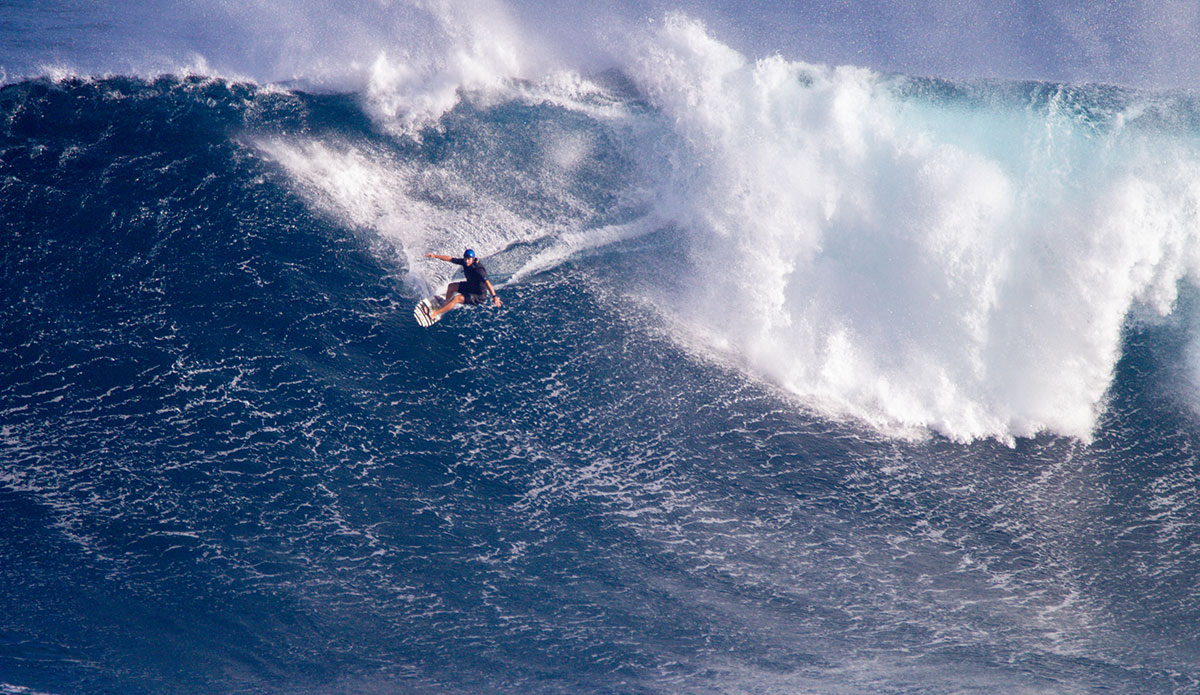 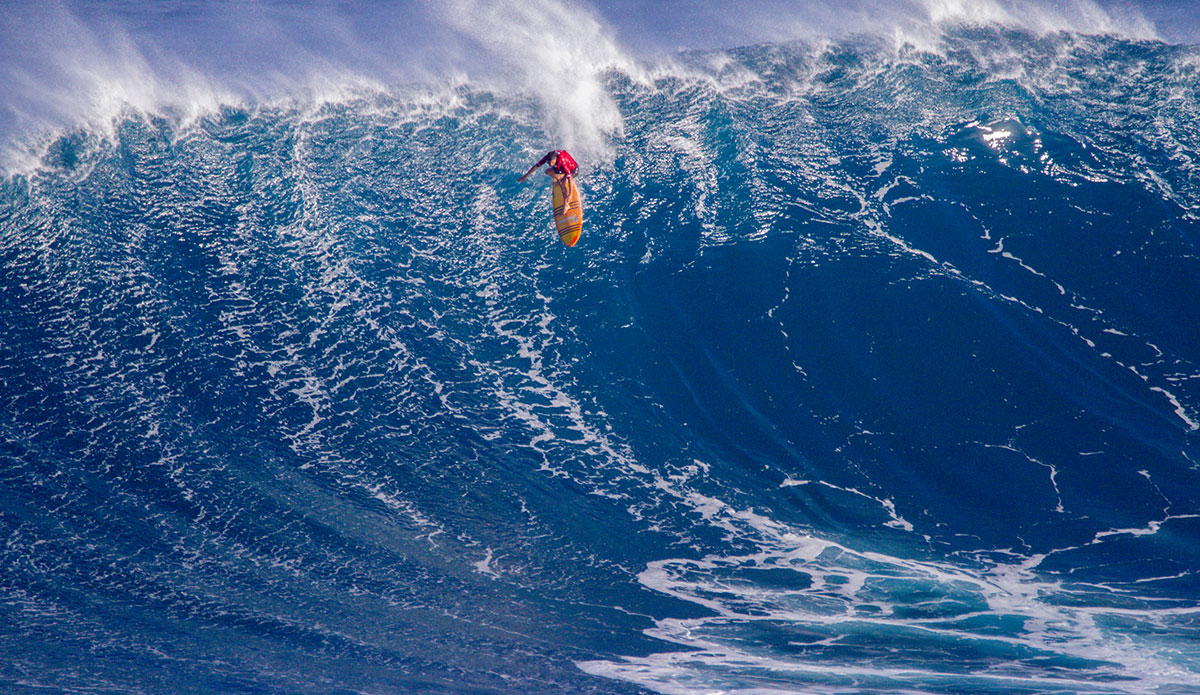 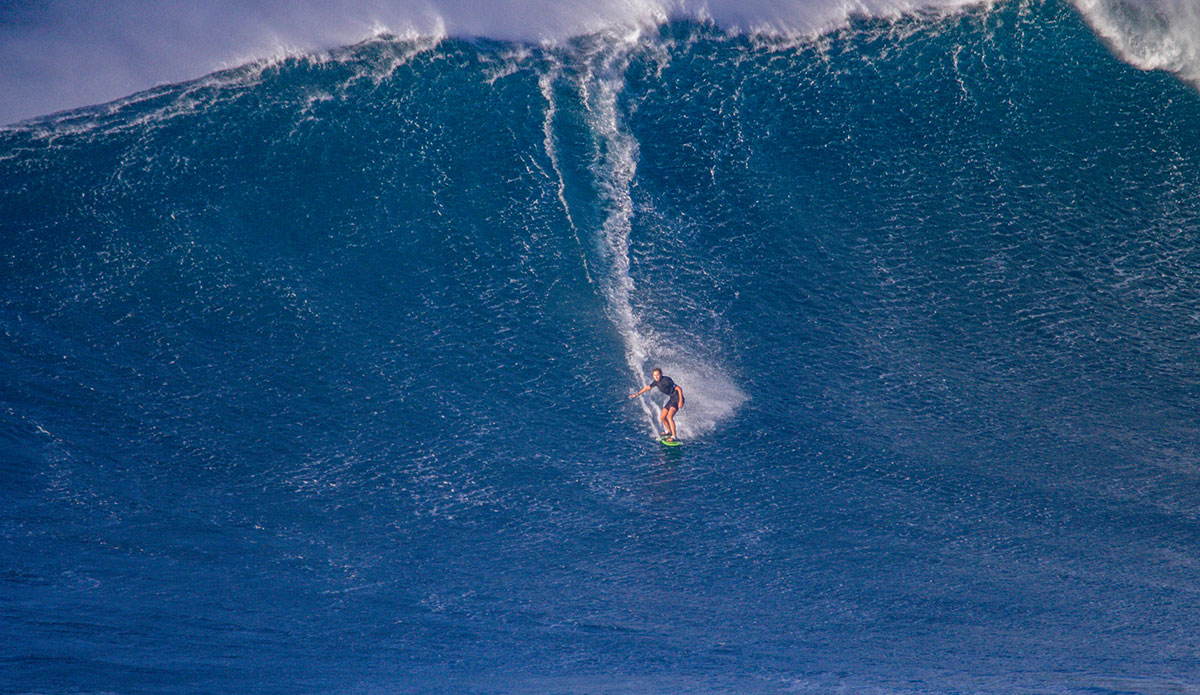 Generally speaking, when there’s an incoming swell at Jaws, everyone knows it. The internet is a-fire with swell forecast images of red and purple blobs making their way towards Maui. The best big wave surfers in the world book last-minute flights, make sure their float vests will float, and mentally prepare for what’s about to come. But at the end of 2020, something weird happened: a swell snuck under the radar and slammed into Jaws. Only a handful of people were there on December 30 — a rare thing in this day and age — and the ones who were were pleasantly surprised.

“The morning was way better than expected as the winds held off and the swell showed up early,” photographer Aaron Lynton explained. “Tyler Larronde showed up early and was the only guy sitting in the lineup for a while. He paddled a few nugs before towing his dad, Michael Larronde, into a few heaters. Trevor Carlson towed into three or four waves in 15 minutes, including the biggest of the morning.”

Then, as is often the case on Maui, the wind picked up. Everyone ended up leaving, and Lynton and his shooting partner Marcus Rodrigues decided they’d eat some lunch in the channel and head home, too. But as they were just about to head out, Rodrigues got a message. “We got word from Kai Lenny that he and his brother Ridge were going to show up on a single ski with no safety,” Lynton continued. “Ridge went first and was able to connect with some nice waves, including a nice barrel. Afterward, Kai took the rope and started spinning 360s into huge waves. Around 2 p.m. he connected with a bomb, the day’s clear biggest. Around 3 p.m. he switched boards and pulled out the hydrofoil. What a wild sight; it’s like he’s riding a magic carpet.”

Half an hour later, with a lineup nearly empty and the waves still firing, Kai took the opportunity to try some things he’s been working on, like the wing. “At 3:30, Kai pulled out the wing and switched back to tow surfing,” Lynton said. “He was getting some crazy speed and launching huge airs – Kai just makes it look so easy! By 4:30, Kai was feeling fulfilled and towed friend Annie Reickert into a few solid ones. What a surprisingly-epic day for the Lenny brothers!”