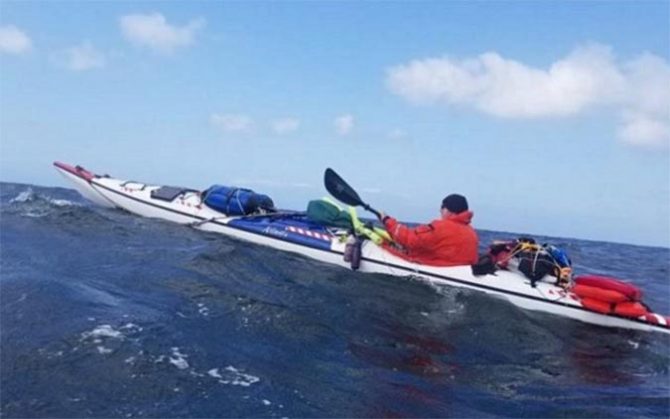 It was his fourth attempt, and it was technically fatal. R.W. Hand, who was making his latest go at kayaking across the great Pacific Ocean between California and Hawaii, was rescued off the coast of Monterey the morning of April 30.

Hand, a 61-year-old wildland firefighter and former Army Ranger from Colorado, was found face down in Spanish Bay near Pebble Beach. “I was sure he was dead. He was blue, he looked dead as dead can be,” Jon Kramer told KSBW 8 after making contact. “But you never give up hope.”

Kramer was checking the waves when he spotted the abandoned kayak outside the surf zone. Kramer then noticed Hand’s body bobbing nearby in the rocks. He attempted to pull him to shore, but because of Hand’s size, had to wait for Cal Fire to arrive to help get him out of the water. When paramedics showed up they were able to get the kayaker’s pulse going again and he’s now in a Monterey hospital and according to a crowdfunding page that is being updated by family, Hand, known as Rod to friends, is awake and responsive and should recover. 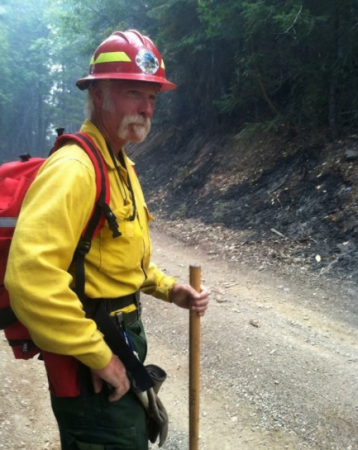 Hand on the job.

Kramer thinks Hand got caught in a gnarly spot locals refer to as Satan’s near Point Joe. “It’s pretty aptly named,” Kramer told the Monterey Co. Weekly. “The currents are horrible, the waves are wild and break in every direction of the compass, all the time. It’s just a cauldron of breaking waves.”  Kramer theorizes that Hand was caught in that cauldron and beaten so badly his lifejacket was ripped from his body.

In paddling circles, the self-propelled journey from California to Hawaii is of the Everest-ilk, with gnarly currents, days alone at sea, ocean wildlife and all the perils that come with open-ocean travel. The 2,400-mile expedition has only been completed by San Diego’s Ed Gillet, who left Monterey Bay in June of 1987 and arrived on Maui  63 days later, eating toothpaste after his relatives feared he’d been lost at sea. It is still considered one of the greatest kayaking feats–whitewater or sea–ever completed.

Hand was making this attempt in a custom kayak from a company in B.C. outfitted with solar panels and room for all his gear. On his first attempt, Hand launched with a friend from Monterey in June of 2013. They were hoping to lash their boats together for rest but a collision damaged their kayaks, thwarting the trip. Hand’s 2014 attempt was ended by rough seas as he flipped four times in what he described as 30-foot waves, finally accepting a Coast Guard rescue after friends called for help. On his third attempt, Hand had to return after his kayak began leaking heavily from damage on the previous trips.