Kelly Slater Out of Australian Leg of the Tour Due to Injury, According to World Surf League 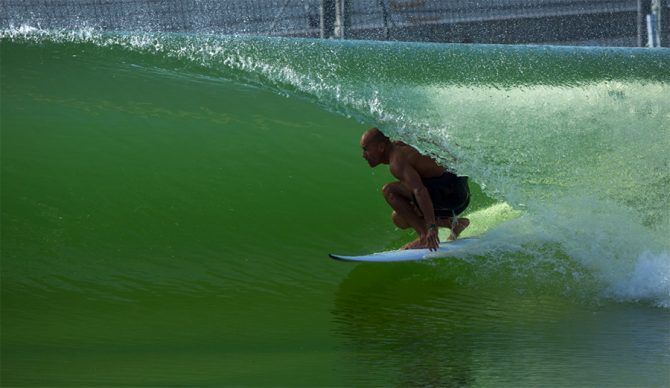 Eleven-time champ Kelly Slater will not board the World Surf League charter flight to Australia for the OZ leg, according to a release yesterday from the WSL. In the brief announcement, the GOAT says he’s dealing with leg and foot injuries that have plagued him since J-Bay in 2017.

“I’ve been struggling with recent and ongoing injuries in both ankles since the Pipe Masters event and I had a separate injury in my right hip (and maybe previously broken foot) this past week which has left me unable to surf,” Slater said. “It’s a tough one for me because I love Australia so much and miss the time I usually get to spend there each year. I’ll just have to use the time to get myself up to a level physically I never really got back to after my broken foot (in Jeffrey’s Bay in 2017) and get myself out of constant pain. Good luck to all my fellow competitors and I hope to see everyone back on tour soon.”

According to the WSL, since Slater isn’t boarding the charter plane on March 6, the first part of a plan to quarantine athletes ahead of the newly revamped Australian leg (read or listen about that here),  he will be unable to compete in the upcoming Championship Tour events in Australia. Mikey Wright will replace Slater at Newcastle.

That was all the news we got from Slater or the League (we’re working to find out more) but it opened up a whole litany of questions: first, does that definitely disqualify Slater from all four Australian events or can he charter his own flight and quarantine (it doesn’t immediately sound like it). And, if he misses four events, that definitely puts him in a terrible spot to try and quality for the WSL’s season ending championship at Lower Trestles. We’ve watch him pull out of events before and claim injury (see Rio). Is he perhaps just uninspired by the recently-added waves at Newcastle and Narrabeen? Finally at 49, is Kelly’s body calling it curtains on his illustrious career? If so, releasing tight edits like Tom Curren’s recent gem wouldn’t be a bad way to move on to the next phase. We could all stand to watch the man surf more in edited format.