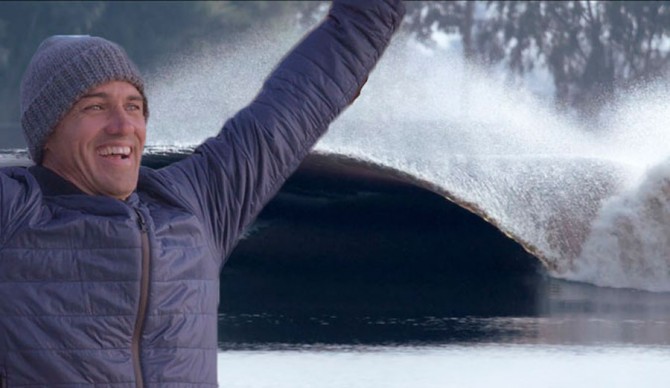 Oh, the wave pools, they just keep on comin’. Of course, to anybody with a foam-and-fiberglass-board-buying habit, they’re wave pools. To the rest of the world, investors included, they’re a perfect centerpiece in the next great theme park/modern home community mega-complex.

Not gonna lie, I kinda like it. To each their own.

The latest and greatest, according to reports from the Associated Press Tuesday, is that Kelly Slater Wave Co. is slated to build “the largest open-barrel human-made wave in the world” at a site called Coral Mountain in California’s Coachella Valley. And the pool really will just be a centerpiece. The site was previously approved for 750 homes and a golf course but the new plan has KSWC teaming up with real estate investment and development firm Meriwether Companies and Big Sky Wave Developments, a company founded by Michael B. Schwab, son of brokerage pioneer Charles Schwab, instead.

“We chose to do this project because it allows us to further build on our technology and also because one of our founding partners, Michael Schwab, is heading up the group running the project,” Slater said in a statement. “We’re excited to make another KSWaveCo design and I’m personally excited to create a new wave that will be a stand-alone design that nowhere else in the world has. This can become the blueprint for new developments around waves and surf parks going forward and is in line with some of my original ideas from when we started this project. I can’t wait to get underway.”

Ironically, the 18 million-gallon wave basin will use less water than the original golf course plan, with a pool large enough for 25 surfers at a time. The rest of the 400-acre site will be filled with restaurants, a private club, 600 homes, 150 hotel rooms, and “access to amenities will be exclusively available” to those homeowners, hotel guests at Coral Mountain, and club members. Construction is scheduled to begin next year with an opening targeted for 2022, all coming in at a reported $200 million.