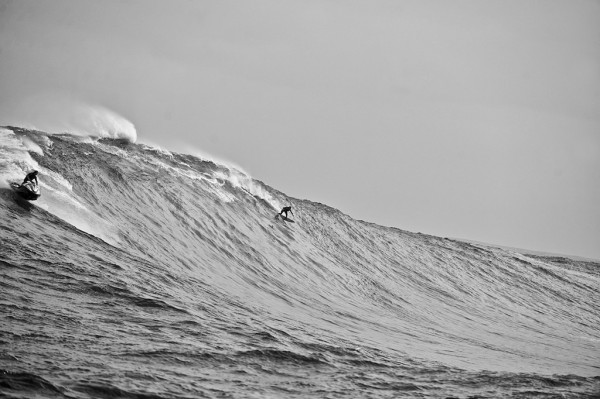 A recent tow session has Laird Hamilton a little heated these days. And for good reason. During the last major swell at Teahupo’o, the big-wave legend had his patience tested by what he described as a disorganized mob of jet-skis that endangered the lineup.

Laird told TMZ: “They are so much more concerned with catching the next wave than with other surfers…The chaos of the jet skis’ movement has a circus-like aspect. Some behaviors were borderline clownish.”

At a spot that has potentially fatal consequences, there is hardly room for disregarding the safety of fellow surfers. Cut someone off at Teahupo’o, and the slighted surfer may end up in the hospital…or worse.

Laird noted that there were plenty of near-collisions during the swell, which he attributes to a dangerous quest for exposure. “They’re all wearing a bunch of cameras, taking off on waves they have no chance of making,” Laird told TMZ. “They drop in just so they can have a photo of themselves…’Wow, look at me!'”

At the same time, it’s ironic hearing a tow-surfer, and an excellent one at that – who has essentially built a career around imagery captured at giant waves, take issue with others who are doing the same. And it’s an interesting problem to manage. They want to ride giant waves. We want to see them ride giant waves. Just do it safely. (Good luck with that.)