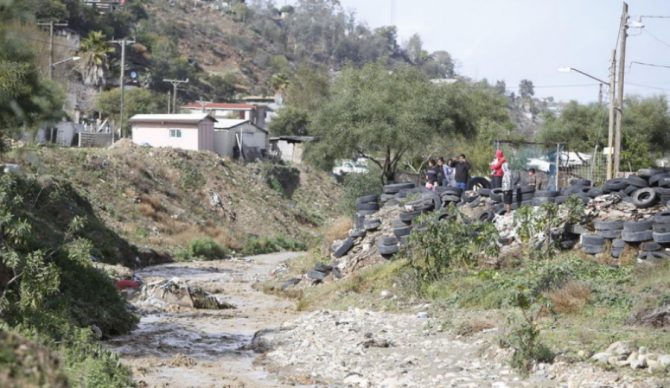 The Tijuana River flows from Mexico to its mouth at the Pacific Ocean, on the U.S. side of the border. Photo: San Diego Union-Tribune

Unbeknownst to the public, over the past two weeks the largest sewage spill in a decade in the Tijuana River spewed 143 million gallons of untreated waste into the Pacific Ocean.

The spill was made public just days ago, despite the fact that officials knew that a sewage collector pipe broke on Feb. 2, causing raw sewage to flow through the river’s mouth, on the U.S. side of the border. Residents of Imperial Beach have apparently been complaining about the foul smell for weeks. The sewage was not contained until Feb. 23.

“What was remarkable and exasperating and now possibly criminal, was the deafening silence from authorities on both sides of the border, despite the overwhelming evidence that a major sewage spill was occurring,” said Imperial Beach Mayor Serge Dedina in a Facebook post. Dedina said that beaches from Rosarito, Mexico to Coronado, in San Diego County, a 20-mile stretch of coast, was fouled.

Last summer, Dedina called for the firing of Edward Drusina, the Director of the International Boundary and Water Commission, who he faults. In his post, Dedina claims he has evidence of illegal sewage flows from Tijuana in the past.

“Remember there is a difference between storm-related runoff and the deliberate dumping of raw sewage into the Tijuana [river] when [it’s] flowing. That has happened before, but never at this scale and magnitude. In fact, in recent years we have documented illegal sewage flows and then got them shut down even when authorities denied they were occurring,” he wrote.