Editor’s Note: This feature is presented by our partners at Quiet Carry.

Maui native Matt Meola is a whole lot more than just a pro surfer and outstanding aerialist. When the waves aren’t firing he’s a bow-hunter, a fisherman, and shreds on the guitar with his sister, Lily Meola, a rising country music star. That’s him, along with friend and country rock star Lukas Nelson (son of Willie Nelson), playing in the video above. He’s also a Core Carrier for Quiet Carry, an everyday carry and outdoor-tool brand centered around a minimal design aesthetic, using premium materials to produce premium products for the modern adventurer. 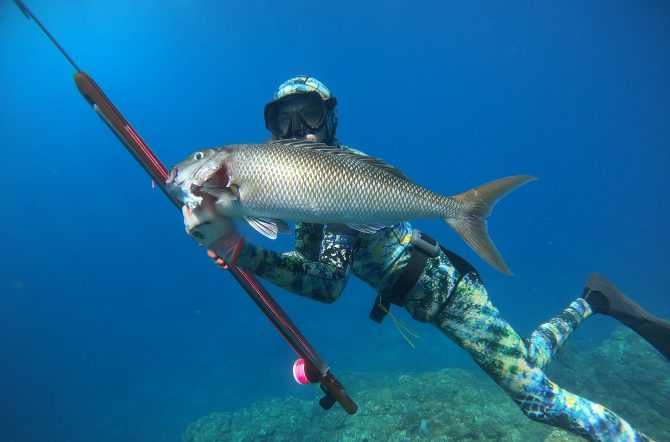 Freediving can have its benefits. Photo: Ollie Shipp

In the ocean, Matt often finds himself running lines for mahi-mahi, yellowfin tuna, and wahoo, but when the waters are clear enough, he goes deep himself to spear bottom feeders like Hawaiian Uku or Blue-Green Snapper. “For me, hunting is about the adventure and getting away from normal life,” Matt says. “It’s being completely tuned in and focused, in the middle of nature.” When fishing, Matt brings his Pilot Fillet Knife, part of Quiet Carry’s ES collection, which are optimized for highly corrosive environments and nearly rust-proof. With a thin, flexible 8.5-inch trailing-point blade that makes initial cuts easier, the Pilot Fillet Knife is perfect for fishing, camping, or home use, and can cut a wide variety of different meats. 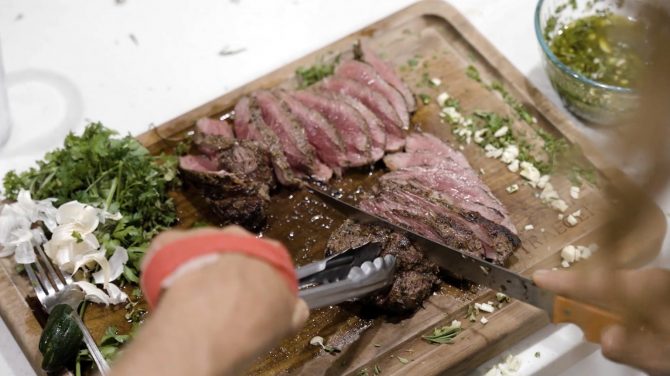 On land, Matt has been feeding his family and doing the environment a service at the same time. Axis deer were introduced to the Hawaiian islands in the 1800s, and after World War II were brought to Maui to “increase hunting opportunities for veterans.” With no natural predators, the deer population exploded and has been wreaking havoc on the island ecosystem. So rather than going to the supermarket, Matt and other Maui islanders have taken to the field themselves.

Matt prefers to hunt solo, going out with little more than his bow, binoculars, and knife. When hunting he generally prefers to take The Drift G10, another one of Quiet Carry’s ES knives, for its rugged portability. Matt will spend hours tracking deer through the brush, choosing his target, and lining up the perfect strike. Once he’s taken his shot, he tracks the deer to its final resting place, dresses it, and packs his bag with meat for the long trek home. One deer can feed Matt and his family for weeks, and is a whole lot better than a hormone-fed piece of beef from the store. 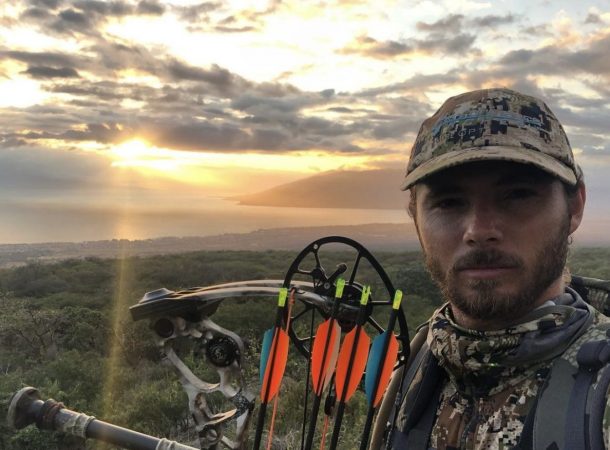 “I’d like to be more recognized as an outdoorsy person who likes to surf, hunt, spearfish and fish,” Matt has said in the past. “Surfing is a small part of that. When you blend it all together, that’s really who I am.”