Does Localism Still Exist? The Author Finds It in One Pacific Northwest Beach Town 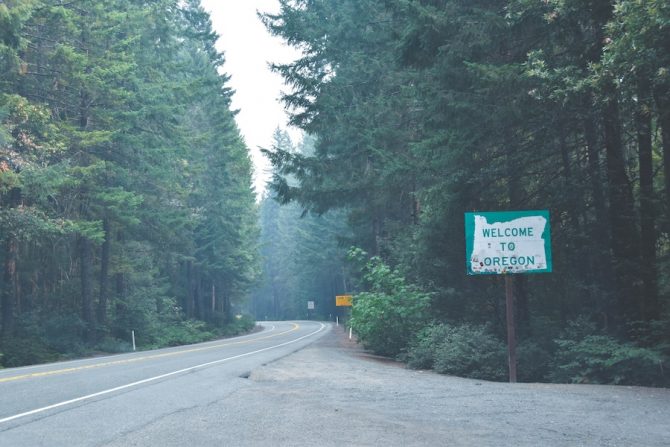 You probably remember that video — or at the very least, the cameraman’s voice. It begins with a view of a rocky point break in northwest Oregon, obstructed by an unnamed local. The footage is narrated by a cameraman who grows increasingly nervous and defiant. After many minutes of fraught verbal exchanges, the video climaxes with an off-camera chokehold.

Surf localism certainly isn’t new. And it certainly isn’t unique to the Pacific Northwest. Most of us are familiar with the concept and can quickly point out the select few surfers at our favorite breaks who run those spots. That said, there isn’t a standard definition of what it means to be a local when it comes to surfing. Before praising or demonizing localism, isn’t it worth asking: What makes someone a local?

Is it geographic proximity? Skill-level? Session count? A combination of those factors? Take my hometown of Los Angeles, for instance: Venice locals are born and raised in the neighborhood and have a claim to the pier regardless of ability. But less than nine miles up the road, a person labeled a Topanga local might not even live in Topanga, but shows up often, surfs decent, and barks louder than anyone else in the water. With this fluid definition of localism in mind, I set out to explore what it means to be a local in Seaside, Oregon.

I made the drive from Portland (where I live now) to Seaside multiple times — surfing, chatting, and digging around. Unsurprisingly, the surfers I encountered were not terribly inclined to share their opinions with a 20-something wearing cropped pants and driving a car with California plates. Most refused to speak with me for fear of personal retaliation. Some business owners were (reasonably) unwilling to risk the financial consequences being ostracized in the community.

I asked an older surfer in his late 60s if he knew the guys that regularly surfed The Point. He looked me up and down, chuckled and said, “Man, you are so L.A. They won’t talk to you.” I smiled but persisted and asked if he’d introduce me. “They’ll resent you. Some of them aren’t articulate, and the ones who are won’t tell you a thing. I’ve known these guys since they were kids…they’ve had hard lives. Poverty, drug addiction, custody battles…They’re roofers, manual laborers…that spot is all they’ve got,” he said.

After a number of unsuccessful visits to surf spots, shops and parking lots, I reached out to a Seaside resident named Shawn, whom I discovered via a heated online debate that occurred between him and the attacked cameraman I mentioned before, Ben:

“A person with your mindset will never be considered a ‘local,'” he wrote. “No matter how long you lived here. You calling yourself a new local because you slept in your car and left your trash and crap everywhere is a joke.” 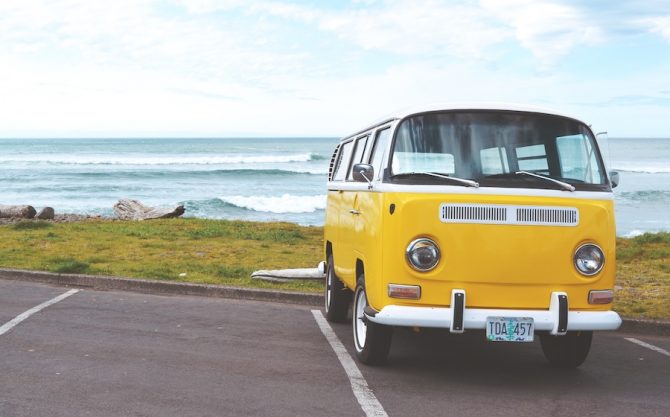 For Shawn, localism does not simply reflect geographic position, but rather, a mindset. I messaged him on Facebook and asked if he’d be willing to anonymously elaborate on his comments and share his perspective on local surf culture in Seaside. In the middle of the night, my phone buzzed, “Let me think about it,” he responded. Three hours later, I received this second response:

“You are already getting this story wrong. None of us would need nor want to hide our names nor our opinions. This is our home and we aren’t ashamed of it. We don’t want to be famous nor do we give a shit about what outsiders think. That’s what bugs all of you. Us not giving a shit about your opinions. Quit trying to sensationalize all of this. It’s our story, not yours. We don’t need someone to tell it for us. It’s our lives.”

“Btw. That was me thinking about it. This is the nice version.”

His response startled me. Not because he had refused to speak, but because of the level of offense taken from my offer of anonymity. Rather than viewing the opportunity to go unnamed as a journalistic courtesy, he projected an implicit shame onto my offer and received it as an attack on his pride. I imagined the sort of pain, suffering, and judgment Shawn’s community must have endured to condition a person to respond the way he did. While generational economic hardship, entitled tourists, and pre-supposed ignorance are certainly no excuses for violence, they might help us develop an understanding of the conditions that define Seaside’s specific brand of localism (not to mention other hardscrabble Oregon beach towns).

I spoke with another surfer and local resident, who asked to go by the pseudonym, Ben (not the cameraman). He’s been living there for about six years and admitted that he’d never surfed The Point. Why not? I asked.

“My second year I went out to The Point in the winter…I wasn’t trying to surf or anything,” he explained. “I was just hiking out to look at it up close. There was a group of guys out there, and I got a text message and I pulled my phone out and they got really pissed off. They started hassling me. ‘What the hell are you doing?’ I told them I live here. ‘Don’t ever take a picture of this wave. You don’t surf here. You stick to The Cove.’”

Do you know them? I asked. He shook his head,

“I don’t even know all their names,” he said. “Just cuz it’s kind of like a tier. There are guys that are the best of the best. They were born and bred here. Their dads surfed that point…Then you got lower-level guys who will go out there when it’s not as good. Then you got guys out there who are just out there on a mission strike…who don’t see anybody out there but they’ve surfed pretty heavy waves before.”

I understood the hierarchy but shared my skepticism with Ben, about it being unlikely that the frigid Oregon coast would become an overrun surf destination. He disagreed,

“Seaside is starting to blow up,” he argued. “It’s getting more and more popular. We get more and more people in here that are asking about The Point...You want to keep The Point a mystery because you don’t want it to turn into [the] North Shore, Peahi, Puerto Escondido…you don’t want people coming over here to surf just for bragging rights.”

I wasn’t entirely convinced. So that’s why they’re so protective of The Point? I asked.

“The reason they’re pretty protective over there is because you gotta contribute to this community,” he said. “It’s a small community. And you know it’s not like Trestles. It’s nothing like that where you have a huge, huge backing from a city to keep the economy going.”

He continued, echoing the older surfer I’d spoken with earlier:

“A lot of these guys are hard-working guys that work out in the forest. They work building houses, laying pavement, roofing, shit like that. You know, they’re not just pretty boys that are out there in an office…these guys are hardened. They helped build this community up. This is their spot. This is where they go to get away from a lot of it all…One thing they cherish the most is respect. And, you’ve gotta give a lot of respect out there at The Point. It’s a devily wave. It’s shallow, huge boulders, it’s a left-handed point break.”

“It’s a double-edged sword, like sure I’d love to see people out there and see it on a major circuit. That’d be cool. That’d be great because I love to see economies grow… but at the same time, I’ve fallen in love with the culture here.”

To some extent, Seaside’s surf culture is at odds with economic growth — defined by a fierce pride forged in hardship and insularity. While fear of The Point becoming a world-class surf zoo like First Point or J-Bay may not appear entirely rational from an outsider’s perspective, it’s a genuine concern for the surfers who have dedicated their lives to the small town of Seaside. Mulling over Ben’s impassioned words, my skepticism waned. His trepidations seemed less alarmist and more tenable.

In an era of rampant gentrification on land, there may be some merit to local Seaside surfers’ steadfast regulation of the sea.* Oregon’s southern neighbor is a stark reminder that gentrification can’t be bayed at shore. In the last few years, the Venice Breakwater, now sardonically referred to as Google Point, has been hit by waves of tech-industry transplants pulsing with neoliberal idealism. Considerations of community evaporate when individuals believe themselves to be self-contained, autonomous wholes. These individuals constitute a new breed of surfers who exercise a self-imposed territorial “right,” or rather, a new localism.

Often armed with uninhibited wealth, these emboldened new surfers buy beach-adjacent homes, extensive quivers, and unsurprisingly, foster a material entitlement to their geographical surroundings. This sort of prerogative is unlike that of traditional localism; It’s not rooted in lineage, birthplace, skill, or community contribution, but instead, in a type of consumer elitism. Put simply, a new local is someone who can afford to be one—sending masses of surfers scattering in search of more affordable, less crowded coastal communities. Located just sixteen hours north of Los Angeles, nestled amongst towering Sitkas and Cedars with median home prices hovering around $300,000,  Seaside isn’t an improbable destination for displaced surfers.

To me, localism isn’t going anywhere. It’s adapting. The violence that accompanies localism is also transforming. Overt acts of physical brutality that constitute traditional modes of localism are being traded for a veiled, more nuanced violence. Black eyes, bloody noses, and slashed tires are met with cries of disapproval while widening economic disparity, displacement, and city-led motions to corral houseless people are silently conceded. Is violence any less malevolent or any more excusable when it’s invisible?

Allow me to expand: Consequences of new localism — like being priced out of a newly gentrified neighborhood — are chalked up to individual failures under capitalism — a casualty of modernity. This double-standard of judgment towards perpetrators of violence offers impunity to those complicit in systemic harm and demonizes those who resort to physical action. This is not to say that one should endorse any sort of harm, but rather, that one should examine why certain kinds of violence are considered societally palatable and others, abominable. Whether you laud or condemn localism, consider the reasons for its existence and your own complicity in its perpetuation.

Next time you roll up to a local spot with a camera, surfboard, or cellphone, ask yourself these two questions:

Who are the locals?

*The author used the term ‘local’ with measured caution and acknowledge the neo-colonial undercurrent that pervades conceptions of localness and otherness, as Seaside was home to the Clatsop Indians.