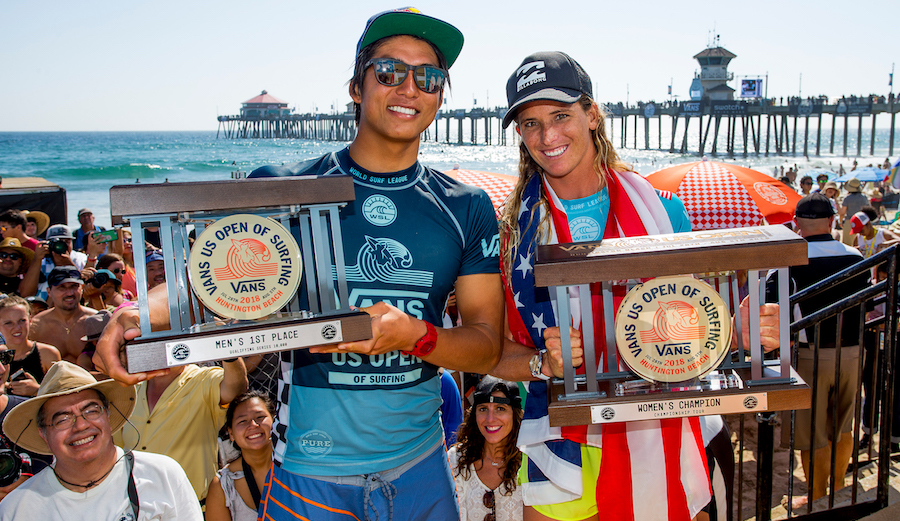 Local knowledge wins the day at the 2018 US Open. Photo: Morris/WSL

The World Surf League has an unofficial tagline to the effect that its purpose is to put the best surfers in the best waves to duke it out. Most years at the US Open, it seems, what occurs on the south side of HB Pier is nothing close to that. Still, there’s a sort of proletarian satisfaction to be gained from watching pros grind through heats in two-foot windswell like the rest of us. It ain’t dreamy, picture perfect tubes. It’s making the best of what the ocean is offering and putting together a result. Local knowledge in such circumstances is a premium, which is likely why this year when the champagne (er, Michelob Ultra) showers subsided two Huntington Beach locals stood on top of the podium – Kanoa Igarashi and Courtney Conlogue.

Igarashi, who won the event last year, became the first surfer to win back-to-back US Open titles since fellow HB-er Brett Simpson did in 2009 and 2010. And fresh off an injury, Conlogue bested current world number one, Stephanie Gilmore, a feat that demonstrates she’s regained her competitive edge. 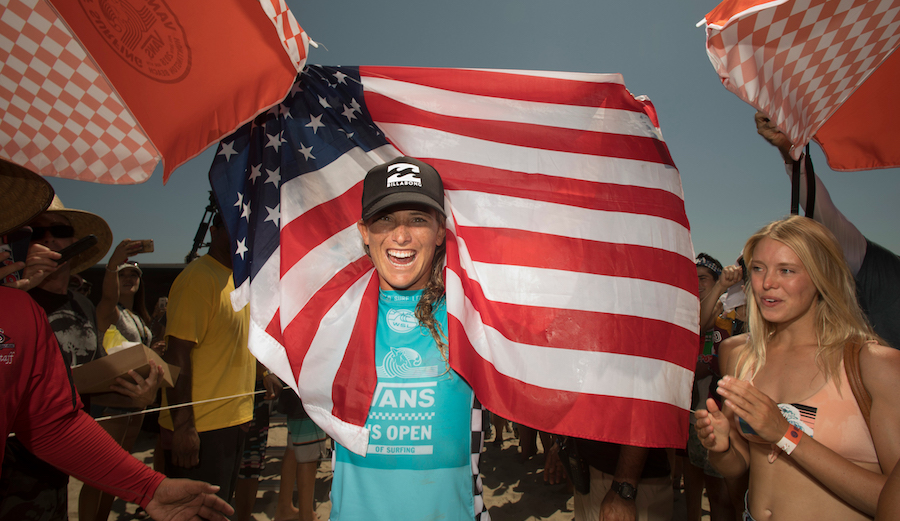 Conlogue took out current world number one Steph Gilmore in the women’s final of the 2018 US Open. Photo: T. Sherms/WSL

“It’s so great performing in front of my hometown,” Conlogue told the WSL. “We spend so much time traveling during the season, and when you get your hometown vibe, there’s nothing like it. You just absorb all that energy and use it as fuel for your fire.”

Igarashi, who took out San Clemente’s Griffin Colapinto in the final on the men’s side was elated to keep the US Open title in Huntington Beach.

After his victory, Igarashi, who recently swapped country affiliations to represent Japan on the CT, was chaired up the beach backed by a surfboard adorned with the words “seven one four” – the area code in Huntington Beach. 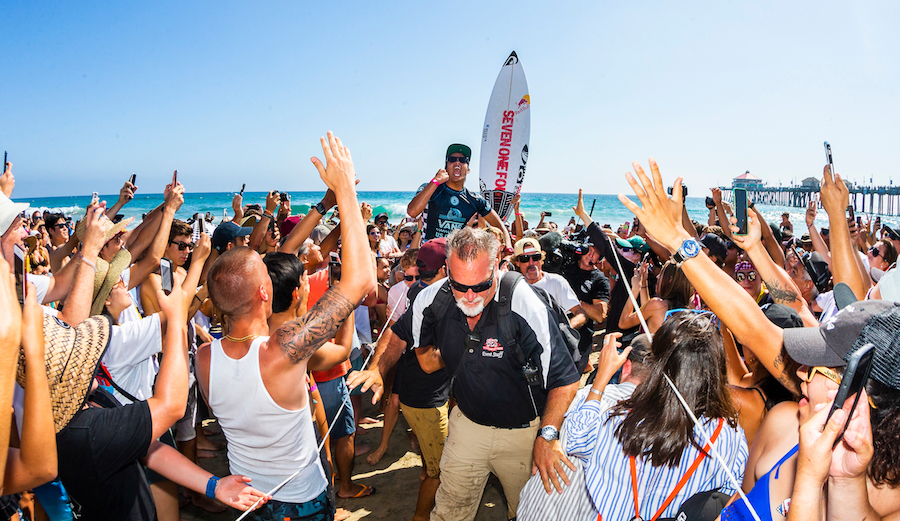 Kanoa Igarashi keeping the US Open title in the 714. Photo: Rowland/WSL

“The whole contest I was just thinking about this final heat,” said Igarashi. “I paced myself the whole time and let it all out at the end. It was a really hard heat, the waves were slow, but I just believed that Huntington was going to give me the waves and it did.”

Igarashi now sits third on the Qualifying Series rankings, but at 17th on the CT, if he continues with decent results he could double qualify for next year’s Championship Tour.

Conlogue now sits 15th after a series of withdrawals due to injury and is likely to carry the momentum of her win at home in the remaining three events of the year.