A £40 Million Wavegarden Project Is Coming to London 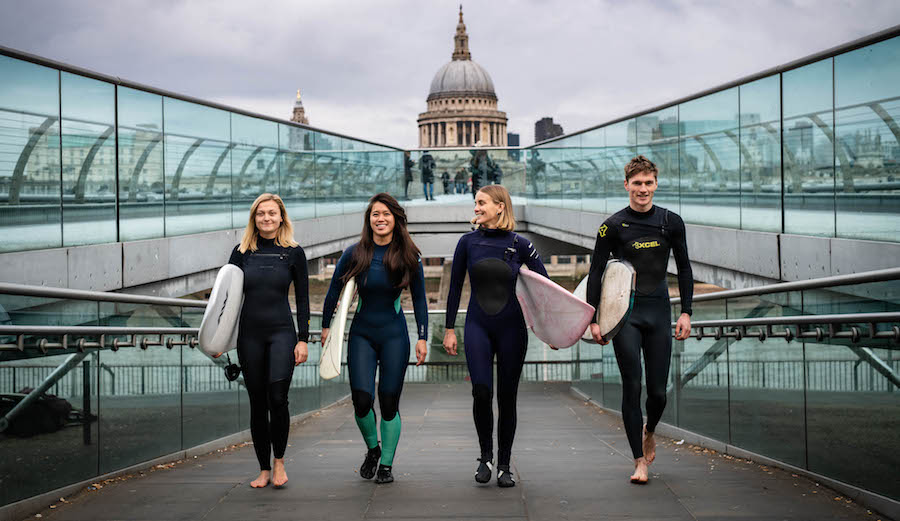 There may soon be surf in London. Photo: John Nguyen/PA Wire

English surfers stuck in wave-starved London may soon have a way to get their kicks. In a Tuesday press release, UK-based company The Wave announced plans to build a surf pool in North London in an area called Lee Valley. If all goes according to plan, London could become the first capital city in the world with a wave park.

“Today we’re able to tell you that we’re partnering with Lee Valley Regional Park Authority to develop a planning application for one of our world-class surfing destinations in the heart of London,” explained the company in a release. “The £40m project is set to enhance around 100 acres of land in Lee Valley Regional Park and could make London the first capital city in the world to offer an inland surfing destination.”

The plans are in the early stages – in other words, The Wave has yet to even submit a formal application for their London project – still, the hype is real.

“The site will be designed to allow people of all ages, backgrounds, and abilities to have a go at surfing, whether it’s a child stepping on a board for the first time, or a pro-surfer training for the Olympics,” the company said.

The Wave is the same company currently building a Wavegarden Cove in the English town of Bristol. In the same release, they announced progress was being made on the project.

“In other news, we are full steam ahead with the build in Bristol,” the company explained. “The earthworks team have finished digging out the lagoon area and have been building the levels on site. All this means that our construction partner has now moved in to start the next phase of the build.”

The release stopped short of putting timelines on either project, but it may not be long before the UK has not just one, but three artificial waves.