Lost in the Swell is the project of three French guys from Brittany. On the other side of the world aboard a trimaran that they built themselves, Aurélien Jacob, Ronan Gladu and Ewen Le Goff go where the wind takes them, surfing unknown waves. After their first season tour of Brittany, they headed to the Solomon Islands, spending three months exploring the Pacific Ocean. They found incredible waves and even more incredible people.

Although the waves in the Solomon Islands are quite similar to Hawaii’s, because of the Great Barrier Reef and the inaccessibility of the spot (you need a boat), the surfing community has neglected this place. But the three Britons, with their small trimaran, could reach these waves. As well as surfing incredible, uncrowded waves, they also discovered local communities living simply – fishing, hunting and gathering for sustenance.

Lost in the Swell has been two years in the making. Watch the entire first season on Youtube, and get up to speed. On October 17th, Lost in the Swell‘s second season of their web series will premiere. Stay tuned! 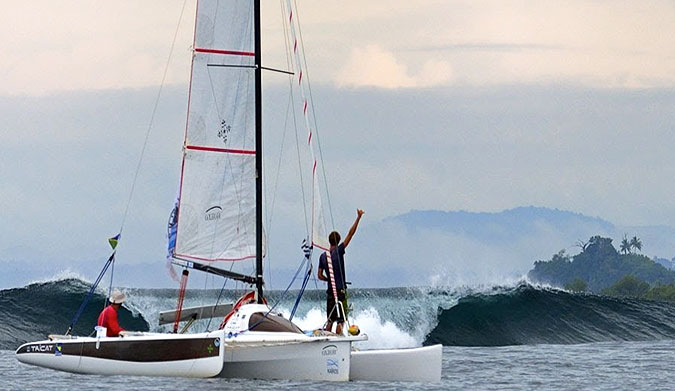